St Mary Magdalene Church Of Kawit Cavite or simply known as the Kawit Church is one of the oldest churches in the Philippines.  It was built since 1737. Interestingly, the first church was made from wood and was constructed in 1638 but Kawit, during that time became a red-light district after being frequented by Spanish marines. To solve this bad reputation of the town, the Archbishop ordered the dedication of the Kawit church to St Mary Magdalene. The church was severely destroyed after the Philippine-American war (which can still be traced on the church’s exterior). In 1990, the church was renovated and restored. 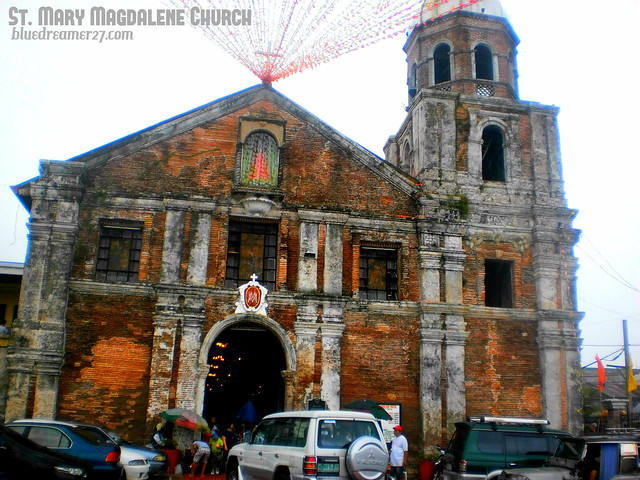 (St Mary Magdalene Church facade)Me, my mom and two of my church mates went here last July to attend the con-celebrated mass as part of their feast day! As you can see, the facade of the church will tell you how old this church really is. 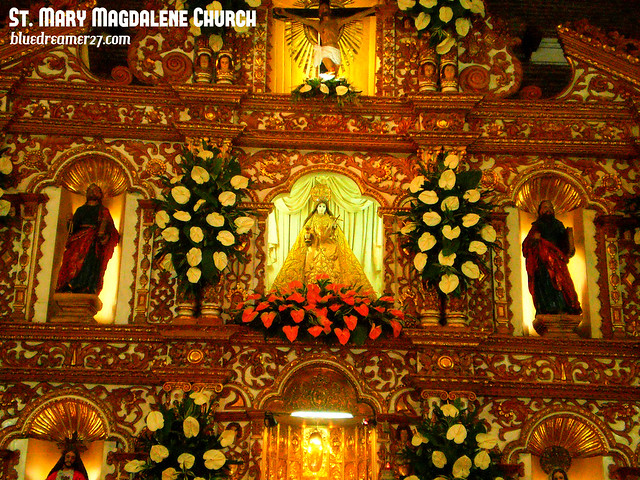 The Main Altar of Saint Mary Magdalene Church. The church has a single nave. The sides has 14 sets of windows each with a small stained-glass depicting the fourteen Stations of the Cross. 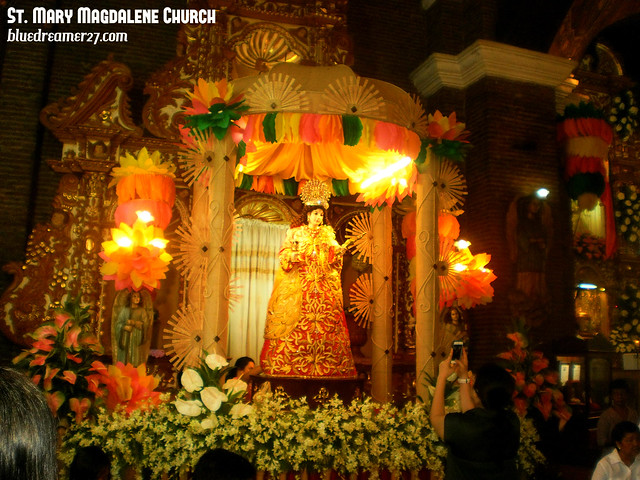 The Andas of St Mary Magdalene adorned with some Pahiyas Festival-inspired decorations.  Since Mary Magdalene is traditionally depicted with a vessel of ointment of perfume  in reference to the “anointing of Jesus” where she anoints Jesus with an expensive perfume, the statue is notably aromatic. You can even see expensive perfume bottles which is probably donated by her devotees. 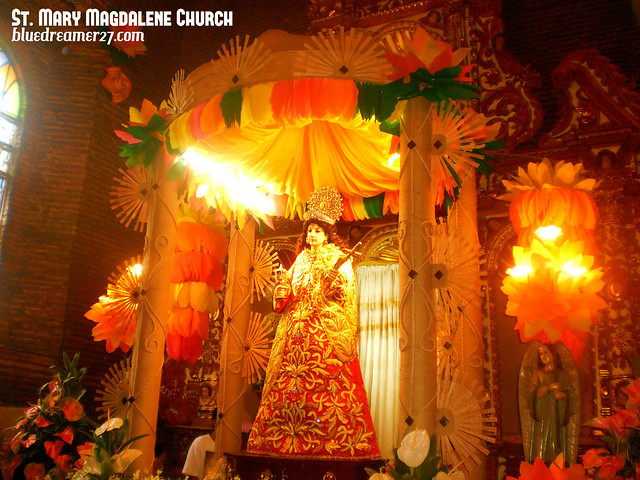 According to Wikipedia,The miraculous life-size image of Mary Magdalene in Kawit has a “mark” in the middle of her forehead, it resembles a mole and no living local in Kawit knows why the statue has such a mark. Speculations suggests that this is the symbolic mark of Jesus’s fingertip during the resurrection when he had appeared to Magdalene and said Noli me tangere (Touch me not). Some suggests that this mark is to clearly distinguish her identity from the Virgin Mary. 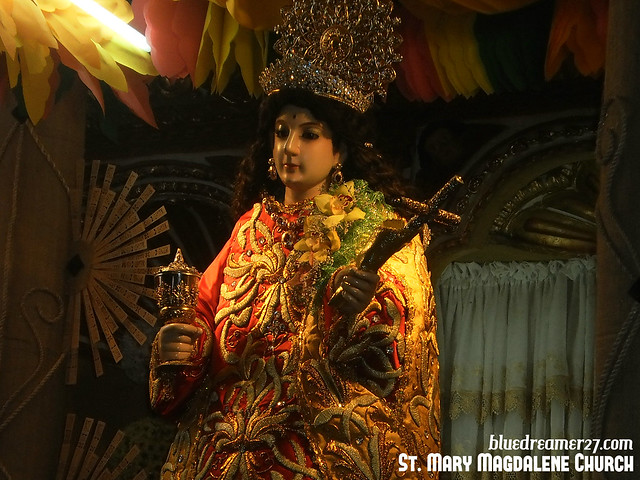 The closer image of Mary Magdalene. The antique statue is a detailed wooden sculpture with carved hair, draped clothing and a pair of silver shoes, she holds a crucifix on her left hand and a jar or perfume on the right hand.

The St. Mary Magdalene Church was declared a Historical Structure of the Philippines and a marker was placed by the National Historical Institute 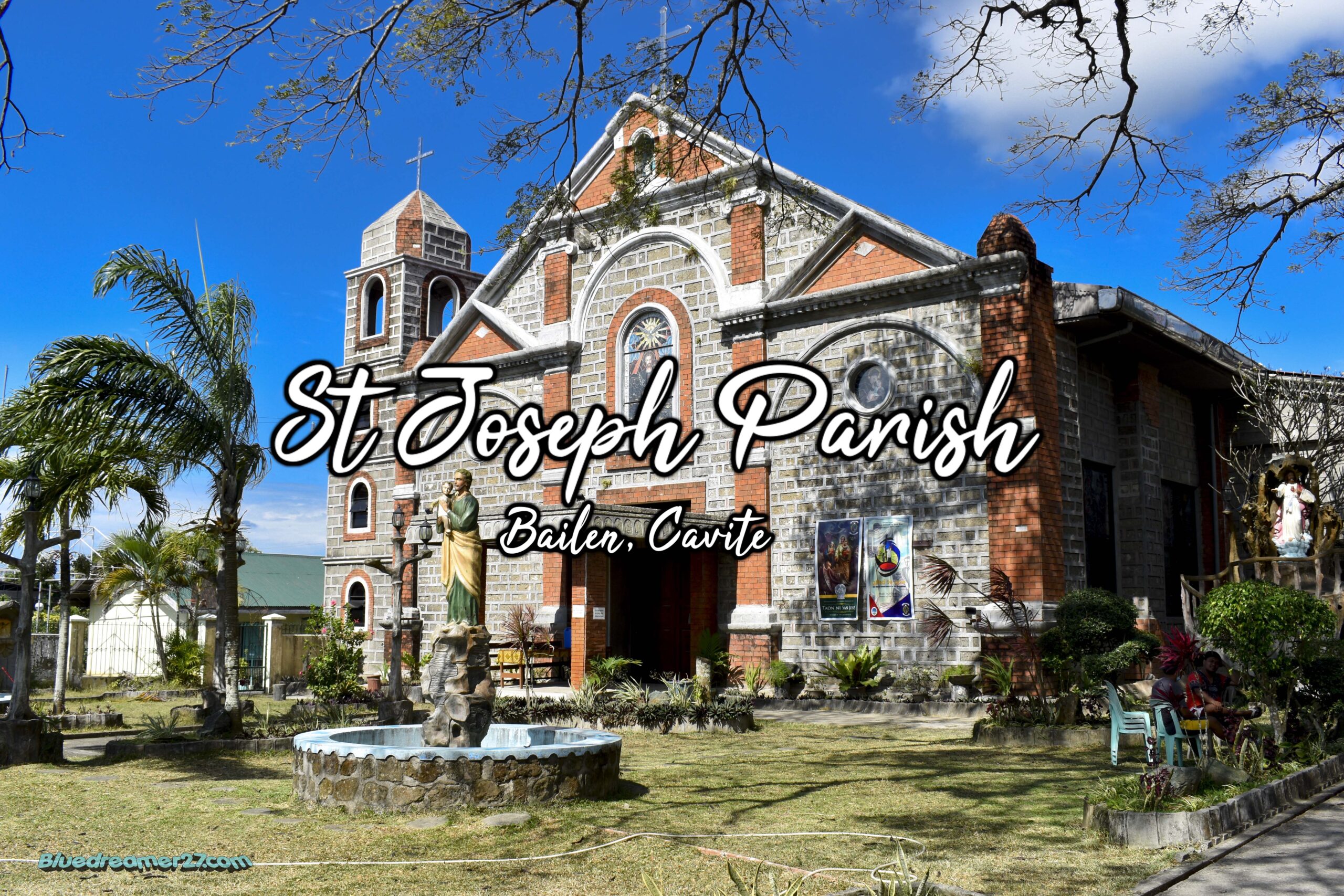 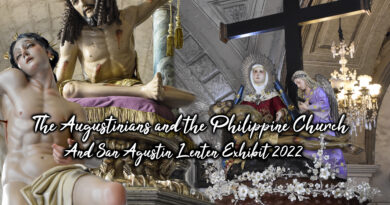