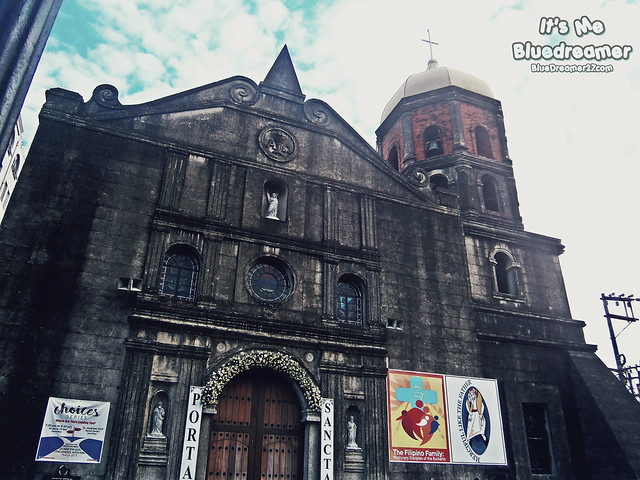 The Cathedral Parish of St Andrew or more commonly referred as the Parañaque Cathedral is one of the oldest churches in the Philippines which was established in 1580 and administered by the Spanish Augustinian Friars. The four century old church is situated in Quirino Ave, La Huerta,Parañaque. The church is the seat of the Roman Catholic Diocese of Parañaque, the local church that comprises Parañaque City, Muntinlupa City, and the Las Piñas City. 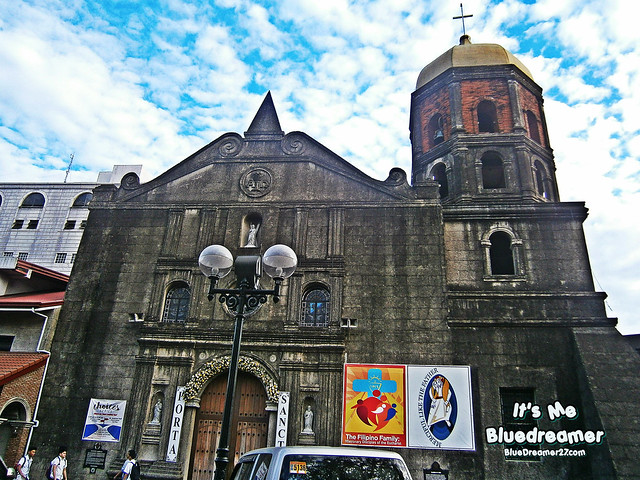 (The cathedral’s facade) The church has a baroque style. It has a very engaging concrete facade with the image of Saint Andrew on top. It has a four story high bell tower with a style the reminds me of the Saint Mary Magdalene Church in Kawit, Cavite except that it has a cross on top instead of a wind vane. It notably has thicker buttress too. 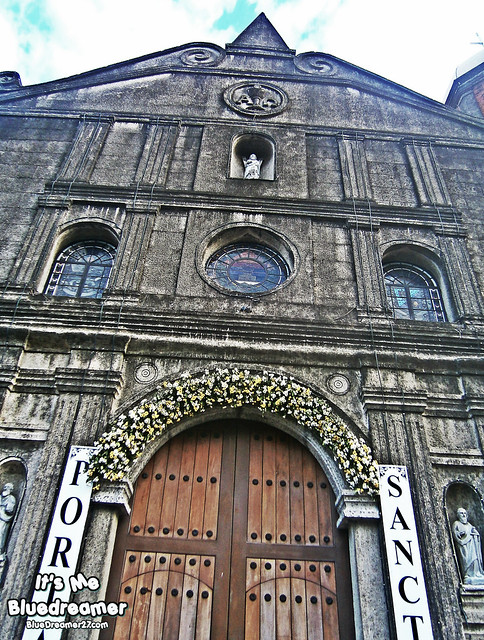 The Cathedral Parish of Saint Andrew is also considered as one of the Jubilee Churches for the Year of Mercy. It means that pilgrims were encouraged to enter through the Holy Door and receive the so-called plenary indulgence. 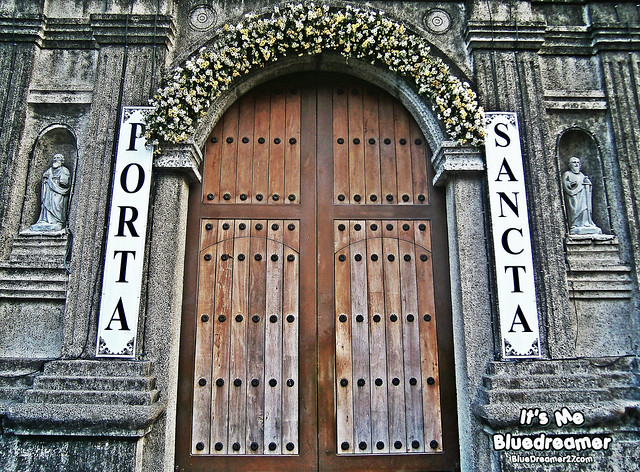 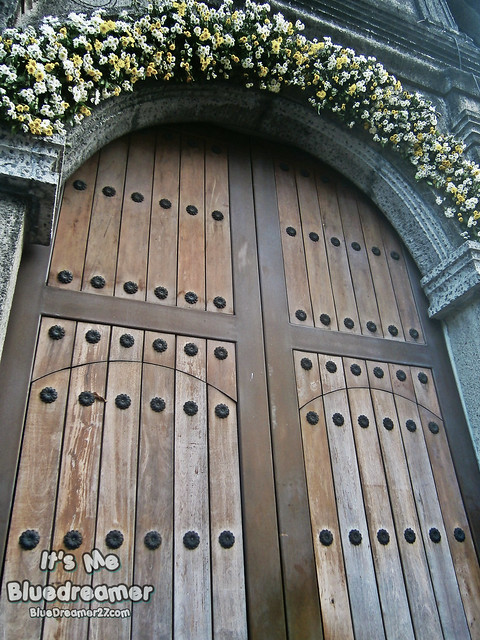 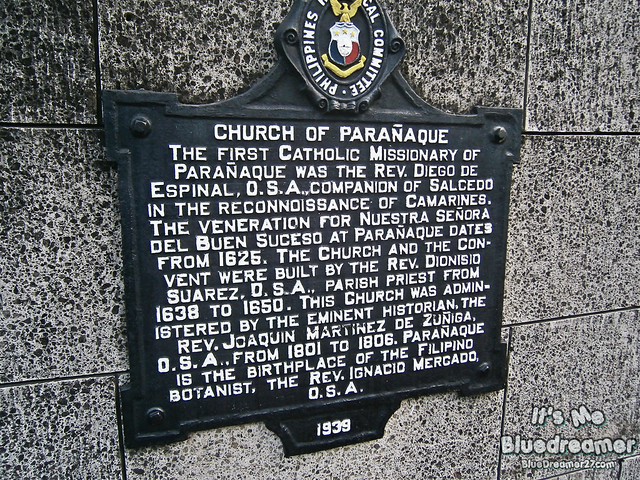 A historical marker found in front of the church. Aside from Saint Andrew the Apostle, the cathedral is also under the patronage of Nuestra Señora Del Buen Suceso (Our Lady of Good Events). 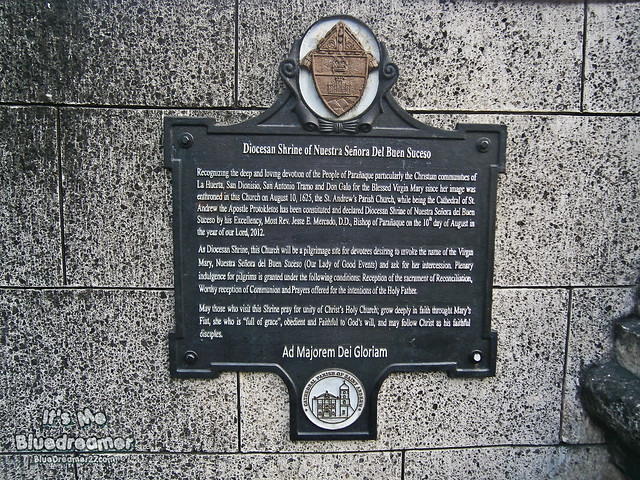 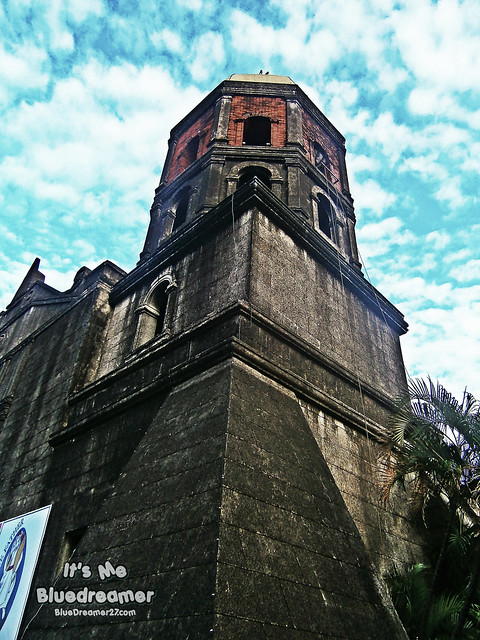 The Belltower. During the 16th and 17th century, the Parish of St. Andrew was made up of only a few homes, found mostly along the Parañaque River and Manila Bay in the present barrios of Don Galo, La Huerta and San Dionisio. Later, Tambo, Santo Niño and Baclaran developed. Barrios Don Galo, La Huerta and San Dionisio built bisitas, or satellite chapels with facades built facing the St. Andrew Church. The San Nicolas de Tolentino Chapel, the one located at Barrio La Huerta, still has the inscription 1776, the year the said chapel was erected. 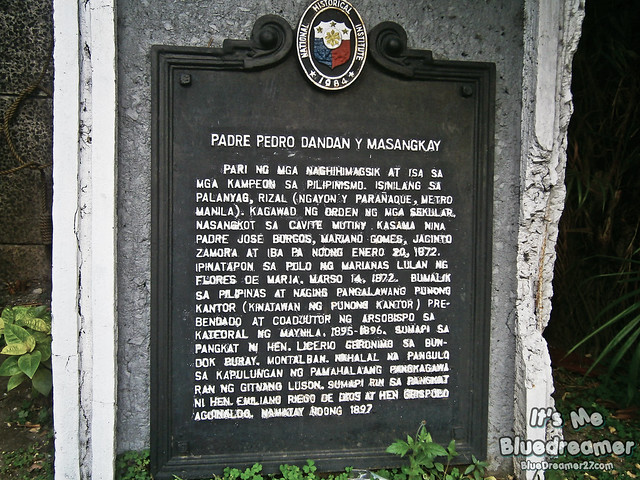 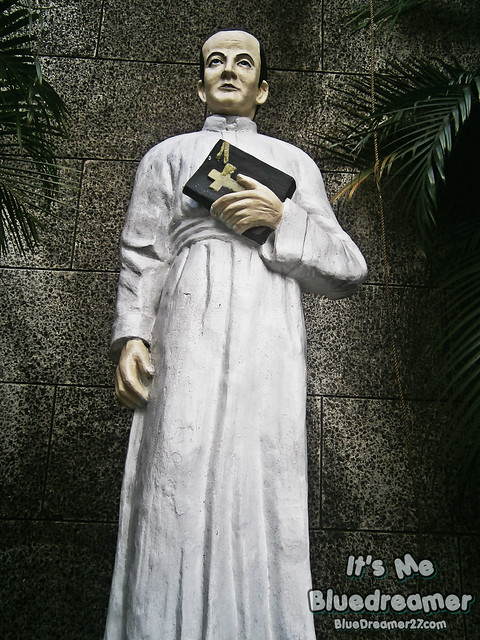 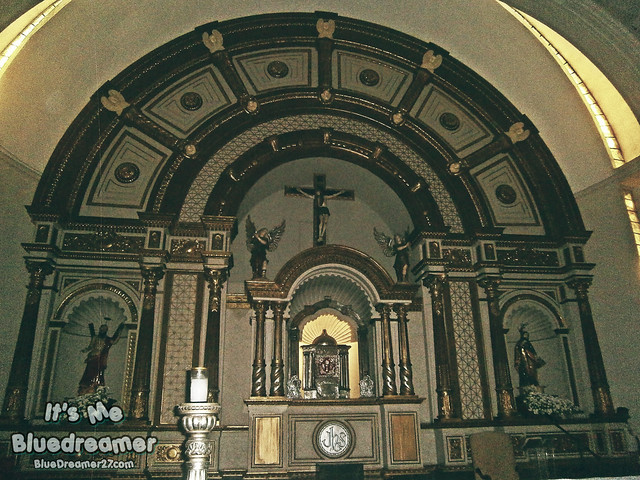 I failed to get a decent shot of the church’s interior but here’s the church’s main altar. In 2009, the church underwent major renovation which has changed the Major altar placing the Crucifix on its center, adding two side altars and more. 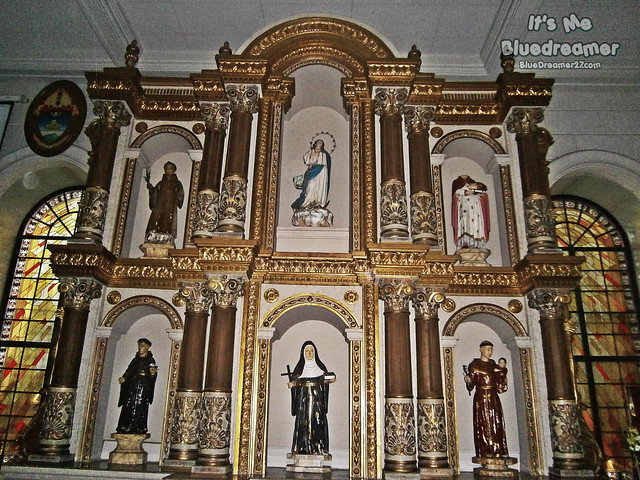 The Altar of Saints on the right Sanctuary. 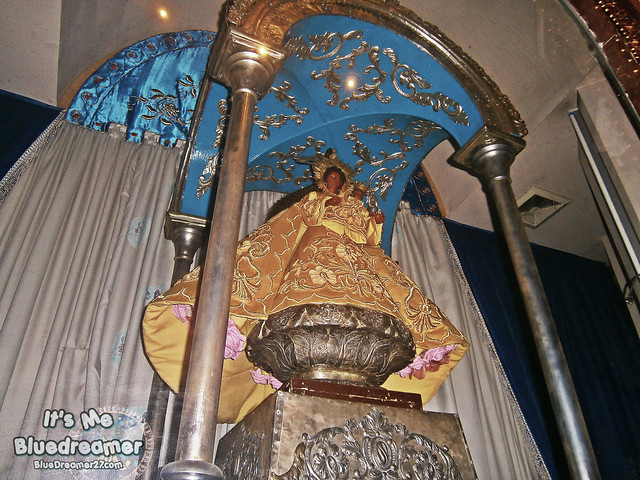 The left Sanctuary is dedicated to their patroness, Nuestra Señora Del Buen Suceso. 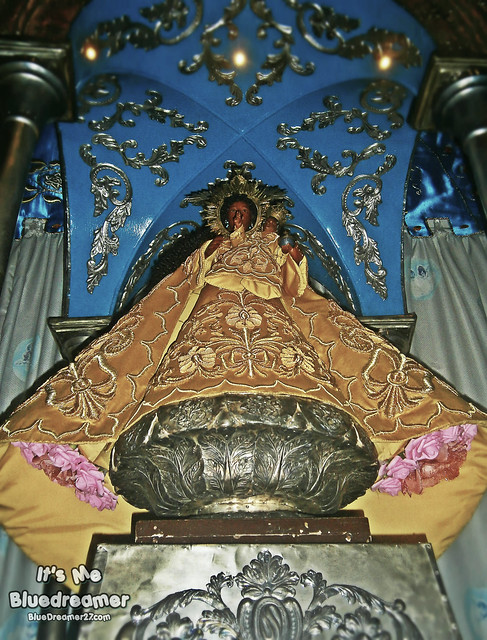 The image of Our Lady of Good Success was canonically crowned “Patroness of the City of Parañaque” on September 8, 2000 (the Feast of the Nativity of Mary). The origin of her title is also interesting. Father Alonzo De Mentrida, (the Augustinian Superior) do not know what to call the image so he asked the other friars to write the name of all the famous titles of the Blessed Mother in Europe on strips of paper and placed them in an urn. A young child was asked to draw the name and for six consecutive times, the title “Our Lady of Good Success” (Buen Suceso) was picked, so they named the image as such. 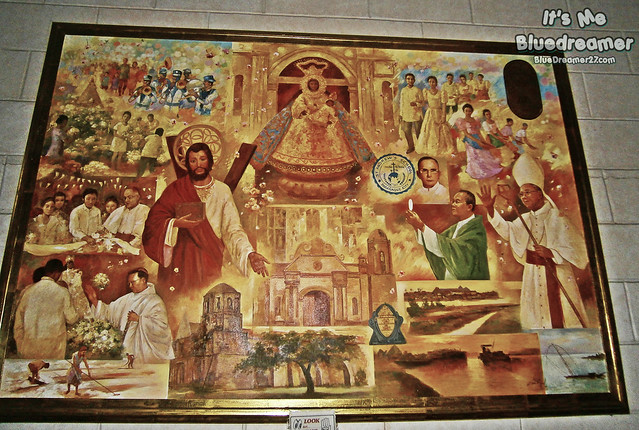 A stunning portrait depicting various events associated with the patroness , St Andrew and the Parañaque. 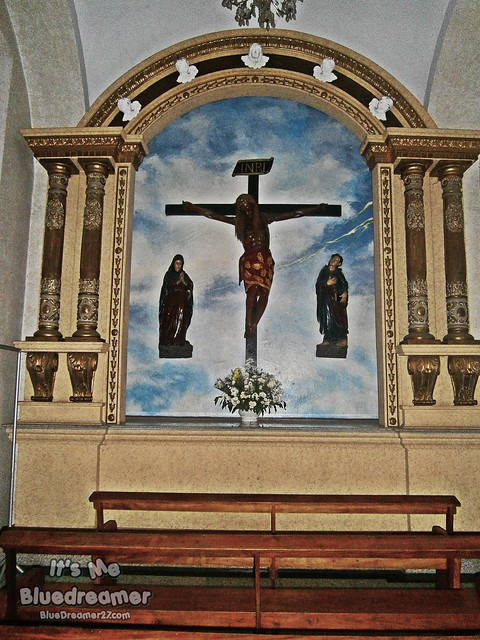 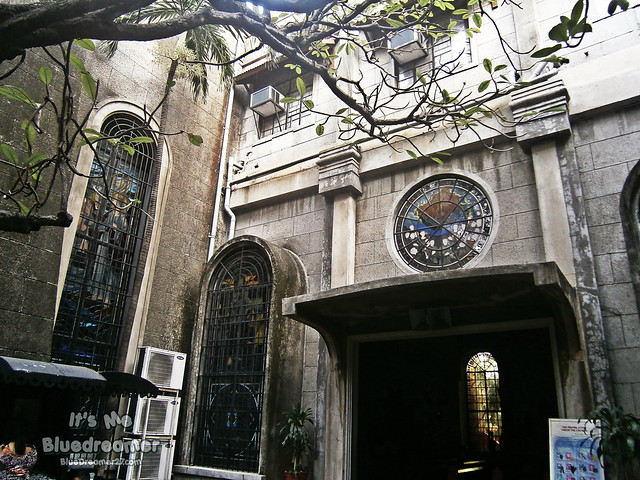 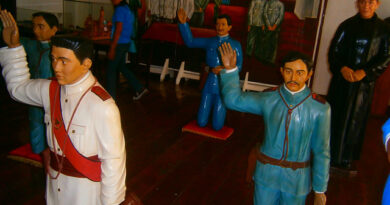 Back To Baguio (With Mama) : Things To Do When Visiting Mines View Park 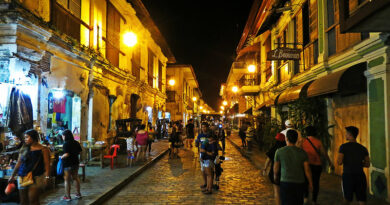