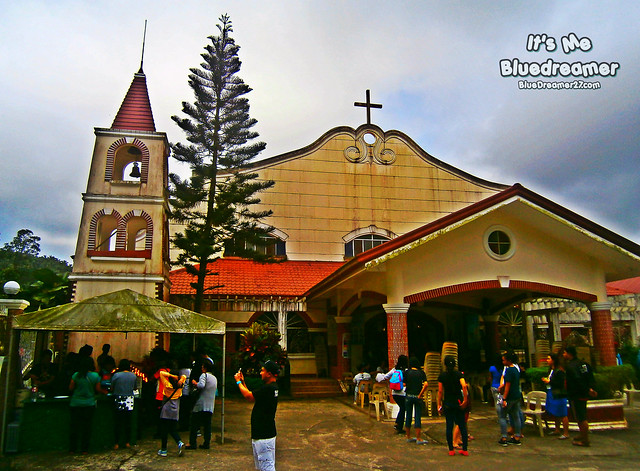 Devotees do not just flock to Kamay Ni Hesus because of its life sized Via Dolorosa Grotto but they are also seeking for spiritual enlightenment or possibly to be miraculously physically healed by Father Joseph Faller in his Kamay Ni Hesus Healing Church but I noticed during his mass that he often address it as the Kamay Ni Hesus Healing Dome. Before taking you inside the church, allow me to give you a brief information about the well known healing priest.

Fr. Joey believes that God is working doudly hard nowadays to bring about healing-physically, emotionally and most especially spiritually. He is fully aware of God’s presence in him, and now he was used as an instrument of God’s love through the gift of healing, the body, the mind, and the spirit. In October 1998, an International Charismatic Congress was held in Rome, and Fr. Joey attended the event. It was during that time, that he and Charles Whitehead, President of the International Catholic Charistmatic Renewal Services (ICCRS) had a vision. They saw a big building filled with many people who have different kinds of illnesses. Amidst the crowd, he was there alone, but later realized that God was with him. He felt that through this vision, God was leading him to build a Healing Center for the sick-physically, emotionally, psychologically, and spiritually. At first, he did not know how he would be able to realize this vision since he had no financial means, and was not sure if the bishop in their diocese would approve.
But God’s wonders continue to work. After seeking Bishop Ruben T. Profugo’s approval, who did not only say yes, but even offered a piece of land in Lucena where the healing center can be constructed. (source: http://www.healingeucharistinc.com/fr-joseph-joey-a-faller/) 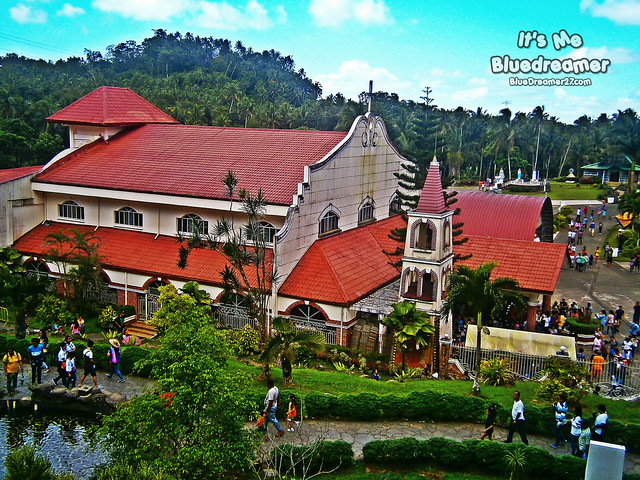 A view of the church from the Via Dolorosa Grotto. After the quick mass (the quickest mass I have ever attended haha), Father Faller gave us a brief history about his journey and how he discovered that he has this wonderful gift from God. He was involved in an accident which badly and permanently damaged his hands. Interestingly, his hands resembled the hands of the Little Jesus (“El Senor Sto. Nino”) and of the hands of the risen Christ. Many miracles have been attributed to him and during our visits, he introduced us a professional doctor who can testify one of his miraculous healing. The wife of that doctor had a terminal illness and was diagnosed with a stage 4 cancer. However, after Father Faller offered her a prayer, the lady was scheduled for an operation the following day but surprisingly, the doctors can’t find the huge cyst that they are supposed to remove. It just vanished for no scientific reasons. Since then, the doctor has become a devotee of Kamay Ni Hesus and even asked the healing priest to conduct a mass in their hospital every Sunday! When we were there, the doctor was accompanied by a group of nurses who volunteered themselves to help assisting people during the healing mass. Some people are expected to collapse when being touched by the priest and witnessin such event really gave me goosebumps. 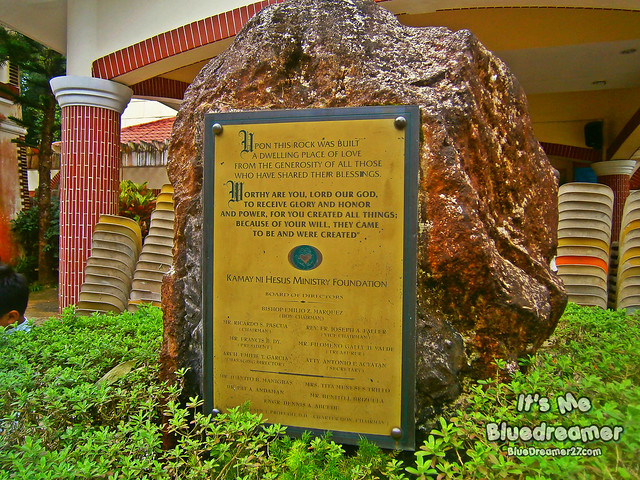 A marker that can be found outside the church! It is also interesting to note, that when you enter the church, a group of people outside will ask you the kind of healing you want to receive. They somehow sort the kind of illness an individual has by color. Orange tag for example is given to those who suffer illness relating to internal organs, White for those couples desperately aiming for a baby and Green is for general healing. We later found out that there are two set of Healing mass. The first one involves the Blessed Sacrament and the long white cloth that will surround and touch those who attended the mass while the other one is an individual pray over where Father Faller will have an individual interaction with the devotees looking for miraculous healing. 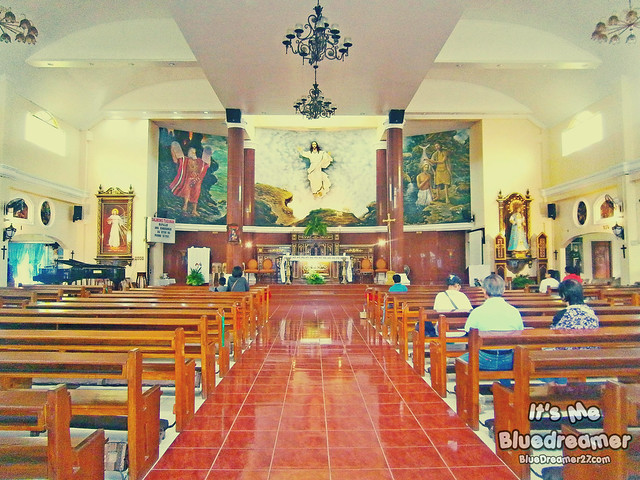 The Church’s Nave and Altar. 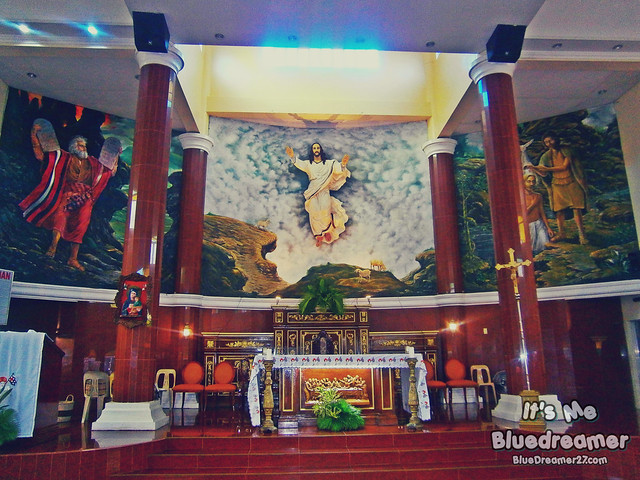 A Closer look of the altar. It has the image of the Risen Christ on the center and has a huge painting of Saint John The Baptist and Moses on both sides. 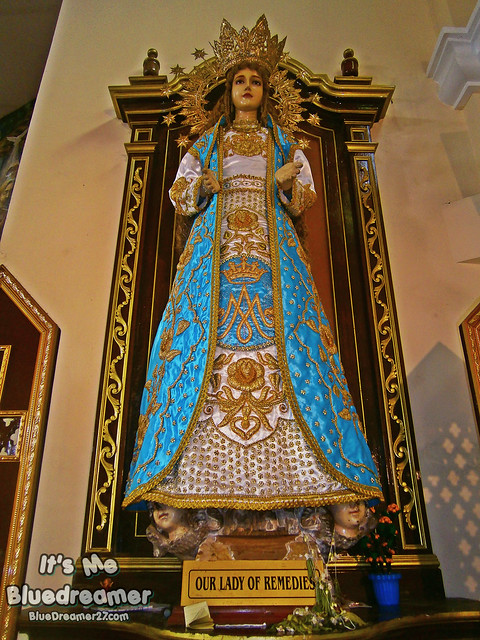 On the Sanctuary, you’ll find the image of Our Lady of Remedies 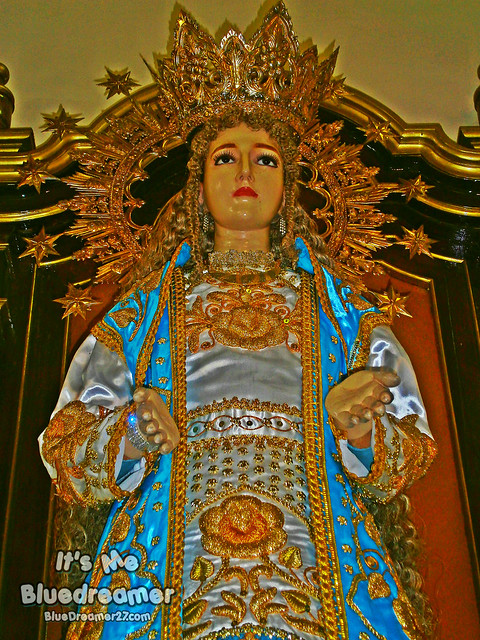 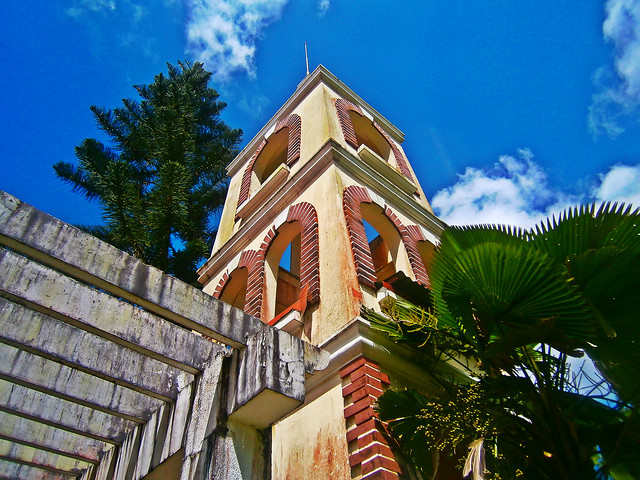 The Church’s bell tower. I can tell you that the mass was really overwhelming. I really went there for this mass and I am also hoping to be healed physically. When that blessed cloth touches me while I was raising both of my arms, i really felt something went thru me. I cannot really explain that feeling but all I know is that I was crying non-stop during the mass! 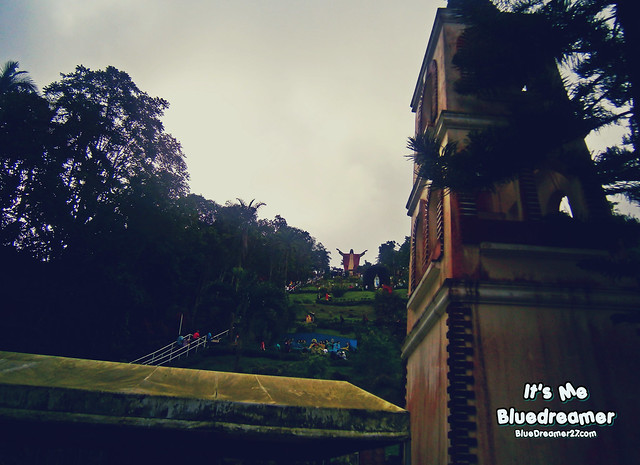 I really don’t mind visiting this place again! I also encourage you guys to visit this place for your own spiritual enlightenment.

Next Entry : The Via Dolorosa Grotto In Kamay Ni Hesus 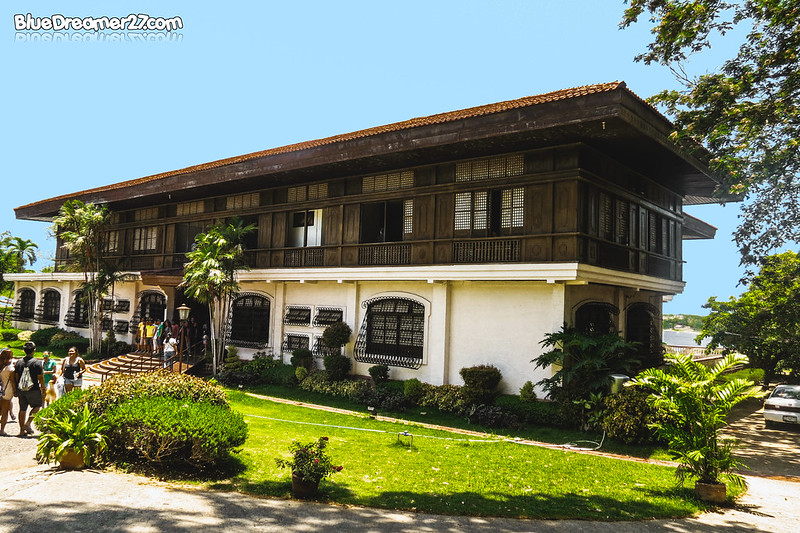 A Trip to Kamay ni Hesus Part 4 : The Garden of Eden

A Trip To Mariveles : The Hawla Beach / Claubel Beach Resort

27 thoughts on “A Visit To Kamay Ni Hesus : Father Faller And The Healing Church”