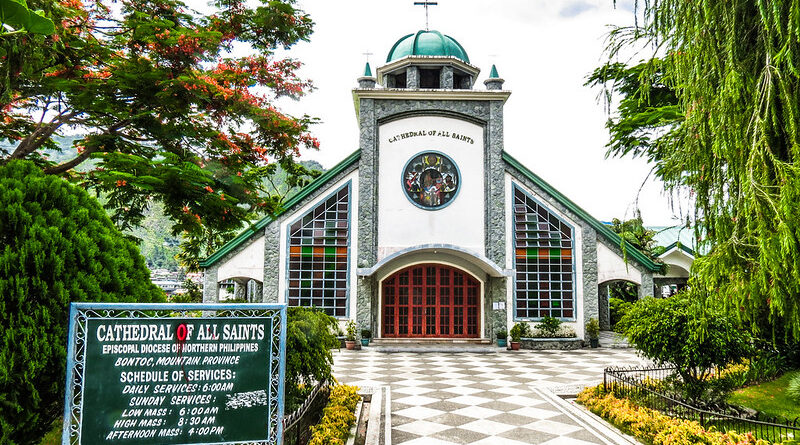 After spending some time marveling the beauty of the Banaue Rice Terraces (Check: Banaue Rice Terraces), we headed to our next stop over. I wasn’t expecting that our ride will be much of a challenge. We passed by some narrow roads and I actually don’t know if I am going to freak out considering that one wrong move will put us in danger or embrace the beauty of those amazing mountainous land formations covered with luscious greens. 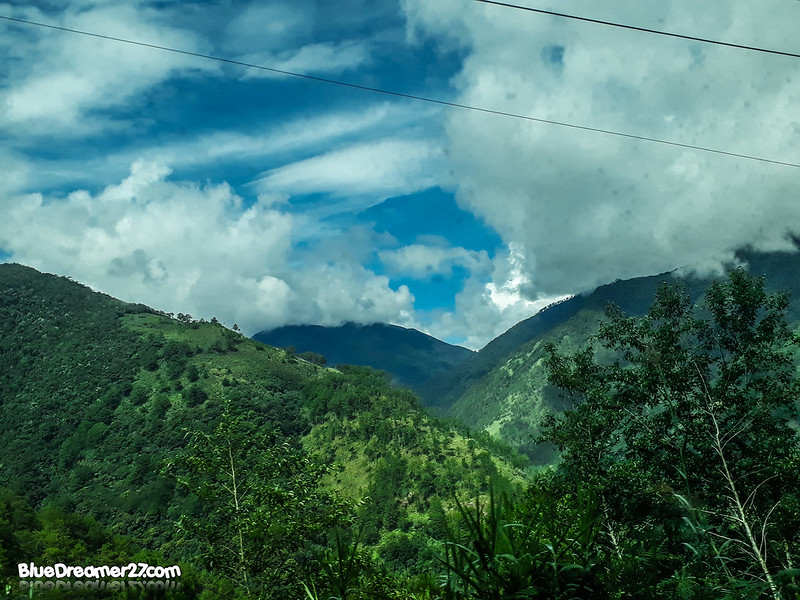 A striking view from our van. Well, i decided to focus more on the positive side while hoping to arrive in Bontoc safely and quickly. I also like to mention that I am having a toothache the whole time and I forgot to bring any pain relievers too. So yeah, imagine the pain and the dizzying travel I had to bear. Just when I thought that it will only take us a short period of time to reach Bontoc, it took us a lot of time and we passed by an overwhelming amount of crazy curves and narrow roads. 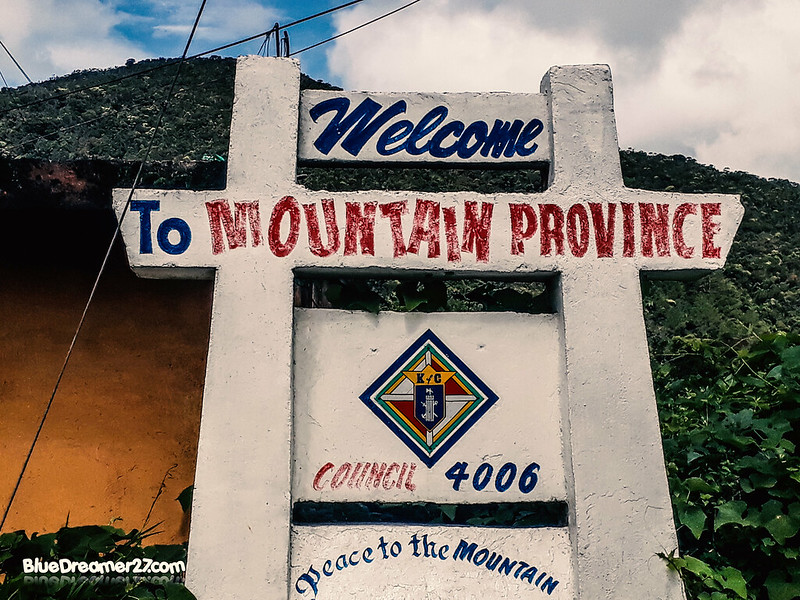 After many hours, we finally made it to Bontoc, Mountain Province. We had a quick stopover to the Welcome Marker and not too far from it is a huge statue of the Virgin Mary. 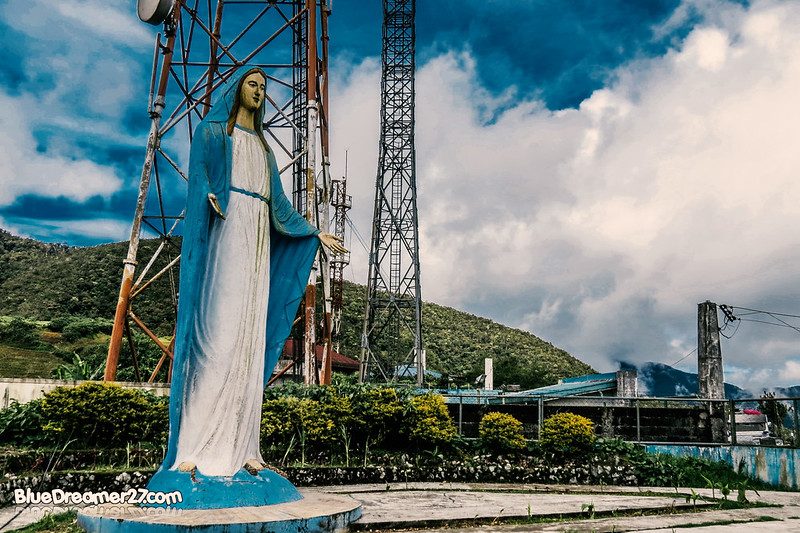 We finally had our final stop over in the town proper of Bontoc where we had our lunch. It was not really a group lunch and we just decided to look for an affordable eatery somewhere. Luckily, we spotted one near the church. 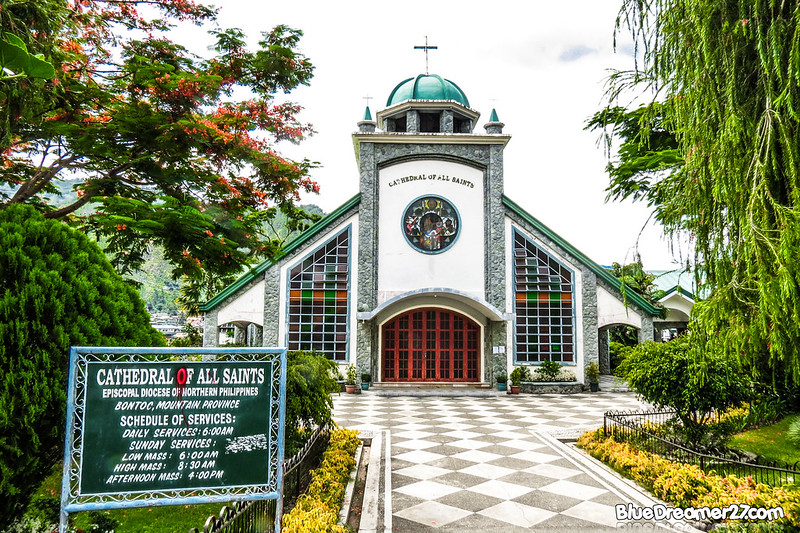 We came across this lovely church in Bontoc surrounded by luscious greens and colorful garden. It also came to my attention that this is an Anglican church. The Cathedral of All Saints serves as the episcopal diocese f Northern Philippines in Bontoc, Mountain Province.
I have limited knowledge about the Anglican but upon doing a research, it actually refers to the Church of England and its related branches throughout the world. 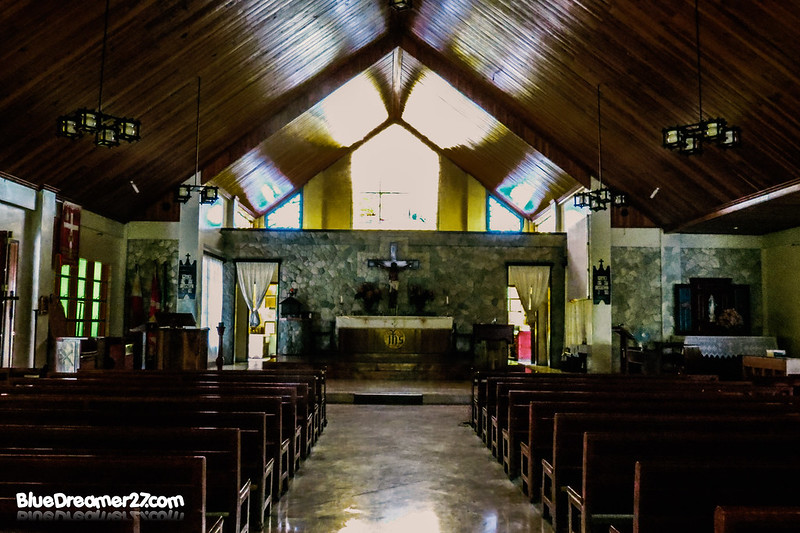 It was the late King Henry VIII who apparently failed to secure a divorce from the Catholic Church made him decide to form the so-called Church of England which separates them from the papal authority. Anglicans and Catholics were one in the same until Henry VIII broke from the Church but the teachings and the practices are almost the same. This explains why entering an Anglican church is almost like entering a Catholic church too. There’s the altar, the tabernacle, the sanctuaries and more. 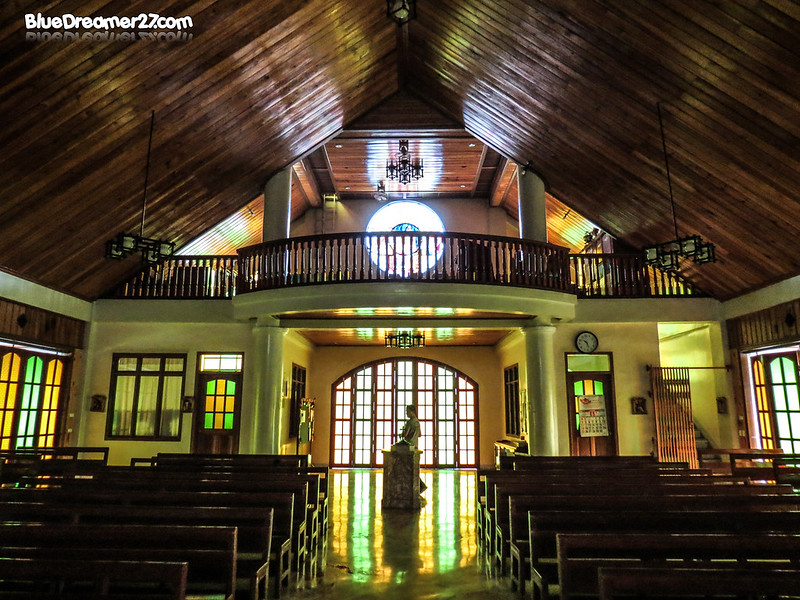 Another thing that separates Anglican church from Catholic churches is the fact that they are not embracing the hierarchy. It means that every church and priests are equal and has the freedom to decide on their policy. The priests are also allowed to be married (similar to the Aglipayan) 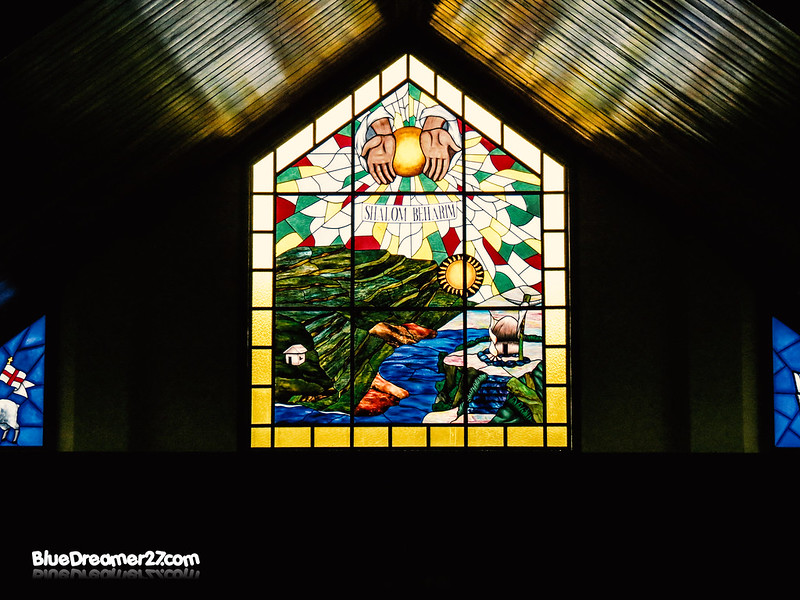 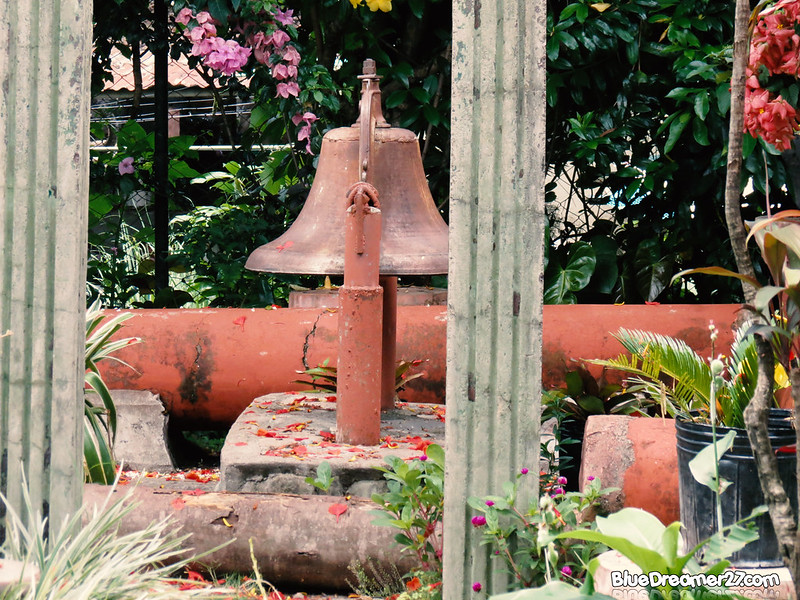 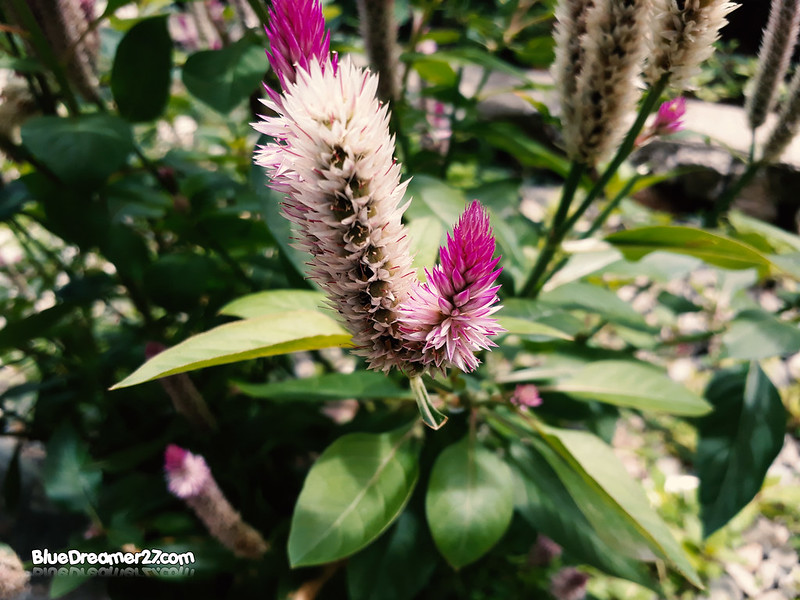 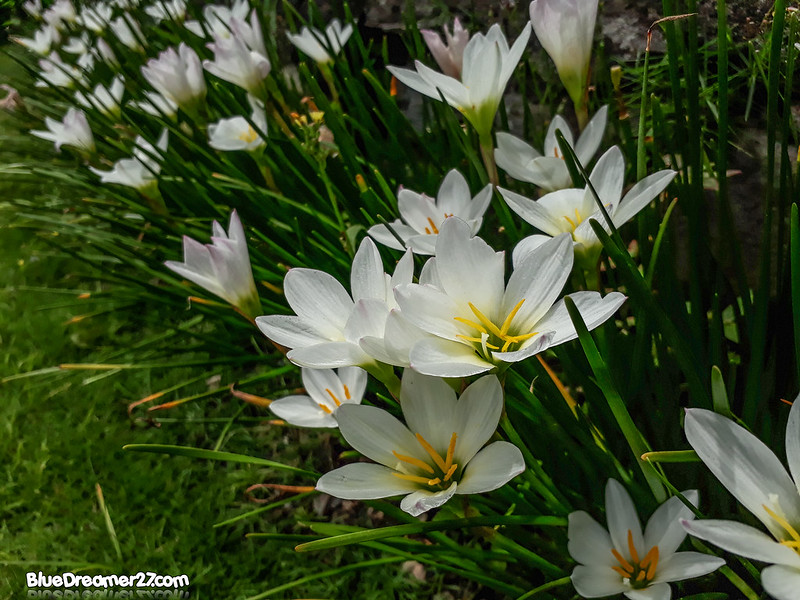 After having our lunch and taking a short break, we all headed back to the van to proceed to our next and final destination ~ Kalinga! We were informed that we are still 2 to 3 hours away from Tinglayan. They told us that there will be a drop off point in Tinglayan where the trekking to Buscalan will begin.

It was really a minor trek but it was quite a trick! Prior to our journey, it was constantly raining for the past few days in the Northern part of the Philippines. We arrived in Tinglayan around 3 pm and it started to drizzle. 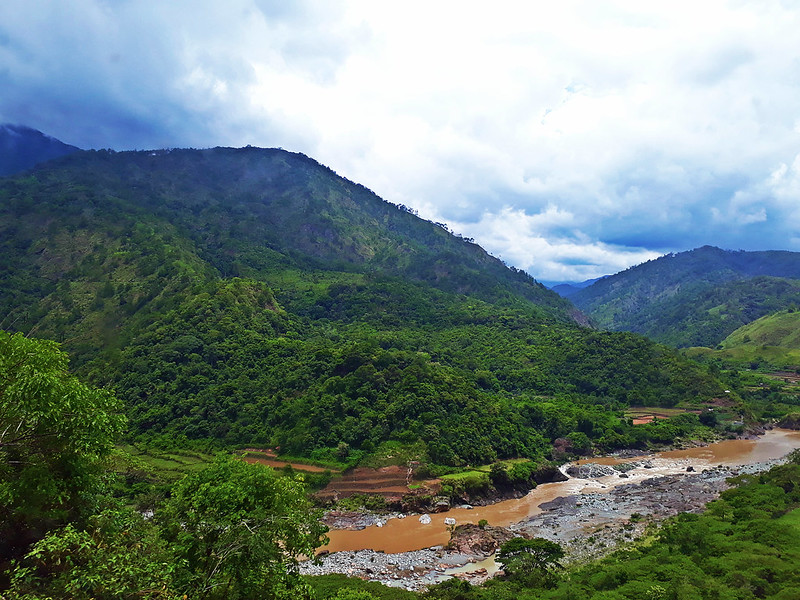 We encountered a bunch of boulders on the streets and some minor landslides made me feel a lot more terrified! Seriously, I was praying secretly, hoping that we all reach our destination safe and sound!

Well, thanks God we all did!

Where to Stay in Mountain Province

Bontoc may not be as popular as other towns in Mountain Province but there are bunch of hotels and transient houses to stay in Sagada which is a more popular destination. You can check the List of affordable hotels in Sagada here.

Let’s Explore Manila : A Journey To The Past ~ Intamuros (Part 1)

Top 10 Christmas Attractions Near and Within The Metro To Visit This Holiday!!

One thought on “Journey To Buscalan : Cathedral Of All Saints In Bontoc, Mountain Province”