It was a tiring day we had yesterday but we still have to make the most of our last day in Ilocos! We woke up early to leave our Transient house after we had our breakfast. It was Sunday so there is no other best thing we can do but to spend our morning by attending an early mass.  We attended the mass in St Paul the Apostle Cathedral or more popularly known as the Vigan Cathedral.  We had a glimpse of it during our first day after watching the Dancing Fountain in Plaza Salcedo. (Check Vigan By Night) 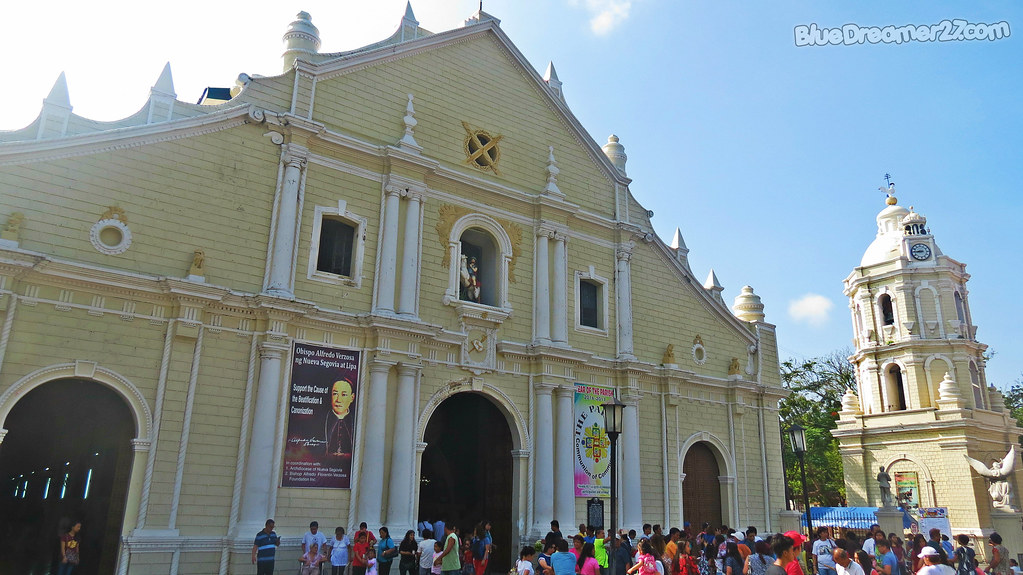 Vigan Cathedral is located just in front of the Plaza Salcedo and just like any other landmarks or attractions in Vigan, the church also shares rich historical significance. The church along with the entire town of Vigan is declared as one of the UNESCO World Heritage sites and is recognized as one of the New Seven Wonder Cities.  Other two baroque churches in Ilocos Region that are included in UNESCO Heritage site list includes the Santa Maria Church in Ilocos Sur and the Paoay Church in Ilocos Norte (Check : Exploring Ilocos: Paoay Church). 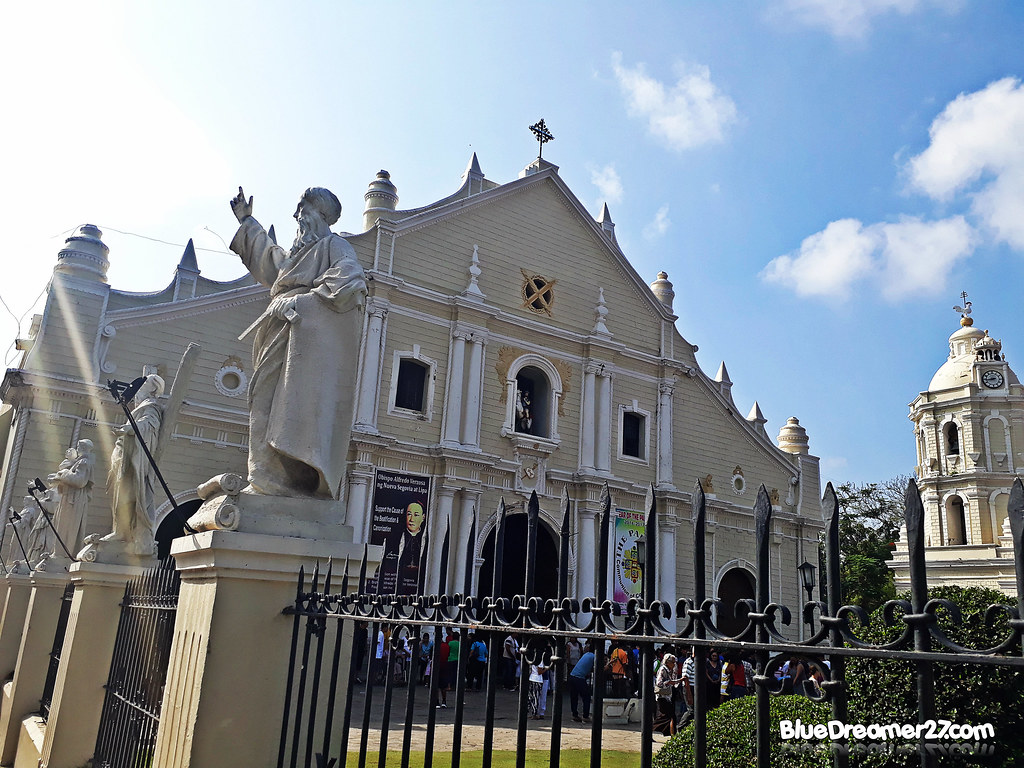 The Vigan Cathedral has a very interesting facade. It features an Earthquake Baroque style but it also has Neo-Ghotic and Chinese-inspired embellishments on it (you can spot carvings of Fu Dogs or Lion Dogs by the outermost doors). The side of the church is supported by huge buttresses. Interestingly, it also features a bell tower which is located separately to the church itself. The tower and the church is separated by a small road. It features an 82ft high belltower with weather rooster on top, which symbolizes Saint Peter. 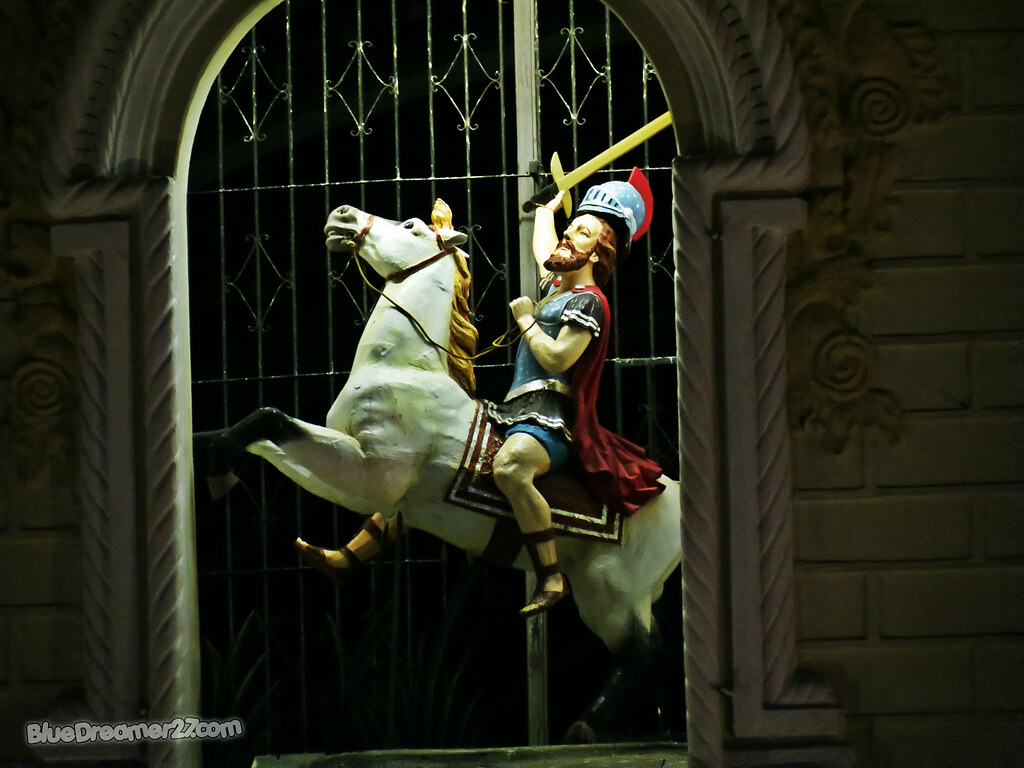 The facade features an image of Saint Paul the Apostle. 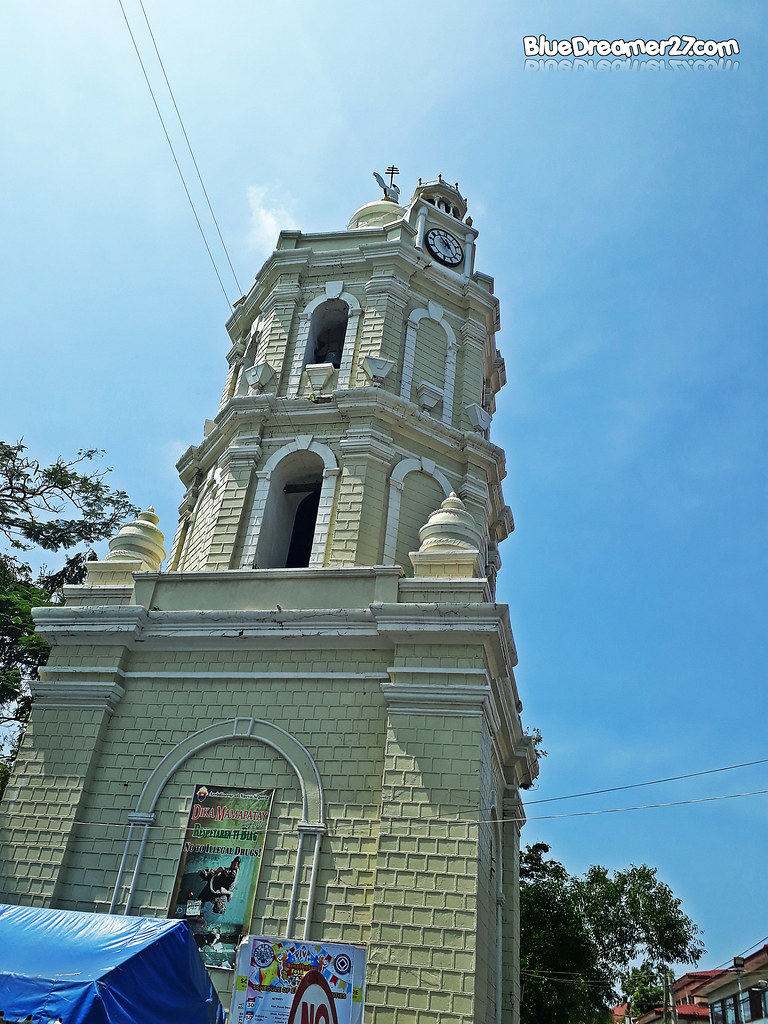 The interior of the church is equally stunning. It features three naves highlighting the silver paneled main altar, 2 pulpits, 12 minor altars and more. The interior is adorned with striking white and gold color scheme. The two layered silver paneled main retablo (altar) with the image of Saint Paul on top, the image of Resurrected Christ on top of the tabernacle with Saint Peter and Saint Sebastian on both sides. 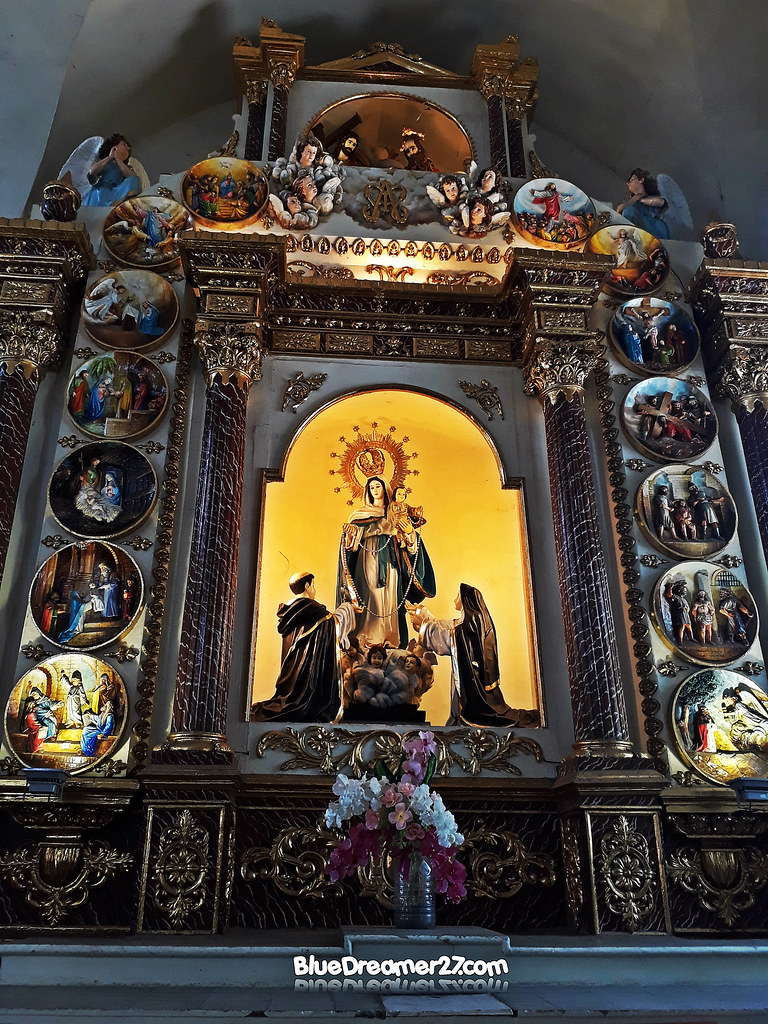 On the south transcept of the church lies a wonderfully decorated altar dedicated to the Our Lady of the Most Holy Rosary. The altar is also adorned with the images inspired from the events of the Mysteries. 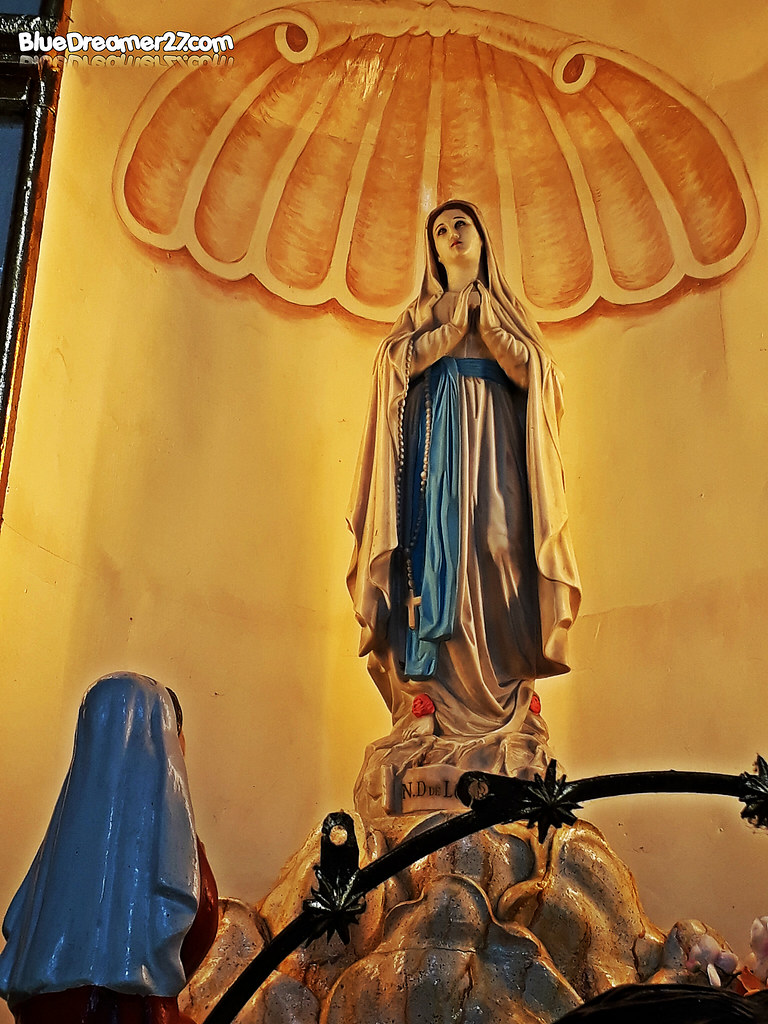 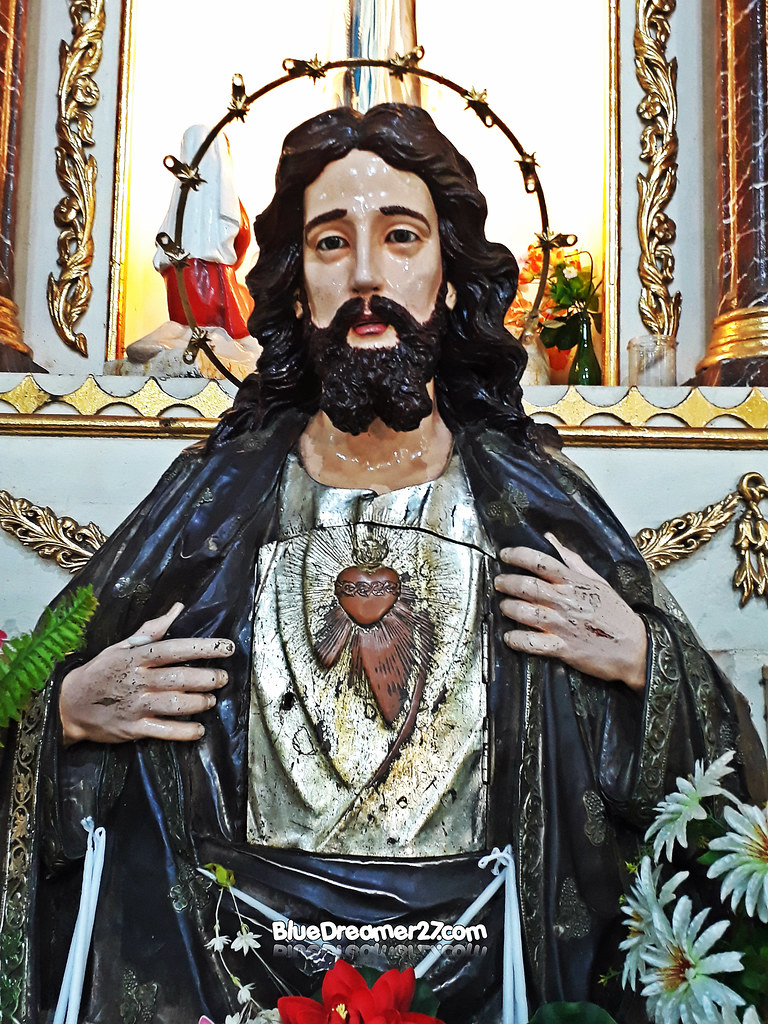 The Sacred heart of Jesus After the mass, we all decided to pay a quick visit to Calle Crisologo as we didn’t get to embrace its beauty during our first day. It was night and the street was surprisingly crowded. Luckily, despite the scourging heat of the sun, we get the chance to witness the cobblestone streets by day. We also took the opportunity to buy pasalubong and souvenirs. But before all that, what really surprises us, legionaries, is Legion of Mary house that we unexpectedly spotted near the Cathedral.

It was never part of our itinerary and we do not really have any idea that there is a Legion of Mary house in Vigan! We grabbed the opportunity to take a quick peak and hoping that we could speak to someone from the building. Unfortunately, no one is around, we spoke to only some attendants but they allowed us to wander around and of course, some photo opportunity. 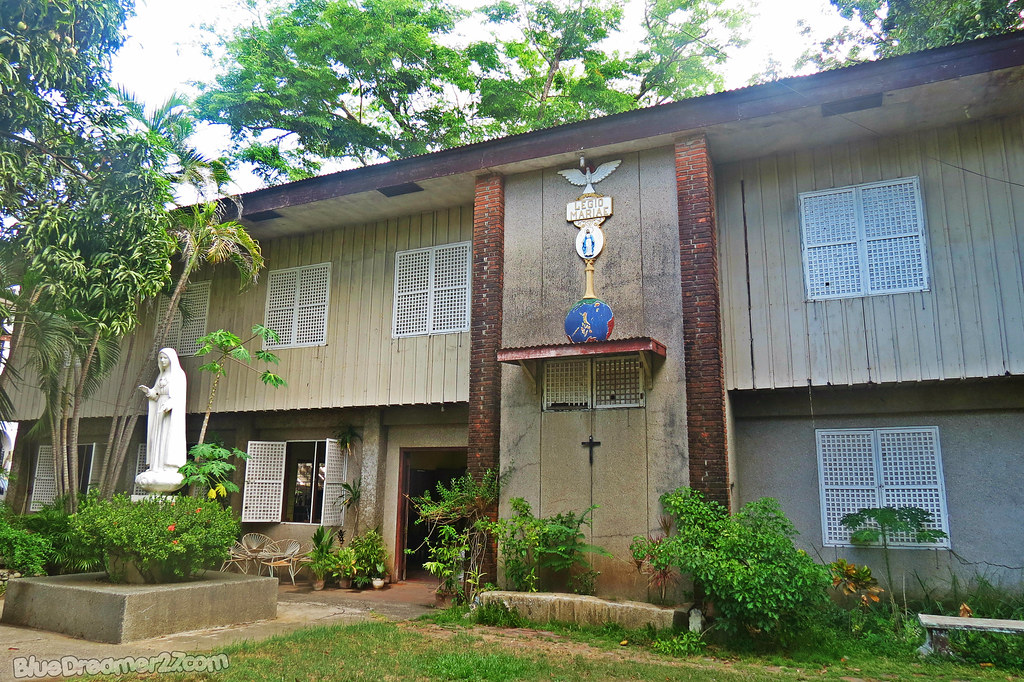 The Legion of Mary House is more of a 2 story ancestral house highlighting a huge Vexilium on its facade. Upon entering their premises, you will be welcomed by an image of the Immaculate Heart of Mary. The ambiance was made even more relaxing by the greens and trees around it. (The vexilium legionis). The Legion House in Vigan is in the compound near the Archbishop Residence in Nueva Segovia St (The only remaining Archbishop’s Palace in the Philippines built during the Spanish colonization). I later learned that construction of the Legion of Mary House is built under the leadership of the late Sis. Pacita Donato, foundress of the Legion of Mary in Vigan and the Ilocos region.  Also, there’s a dorm at the back where you can rent as transient when you visit Vigan. 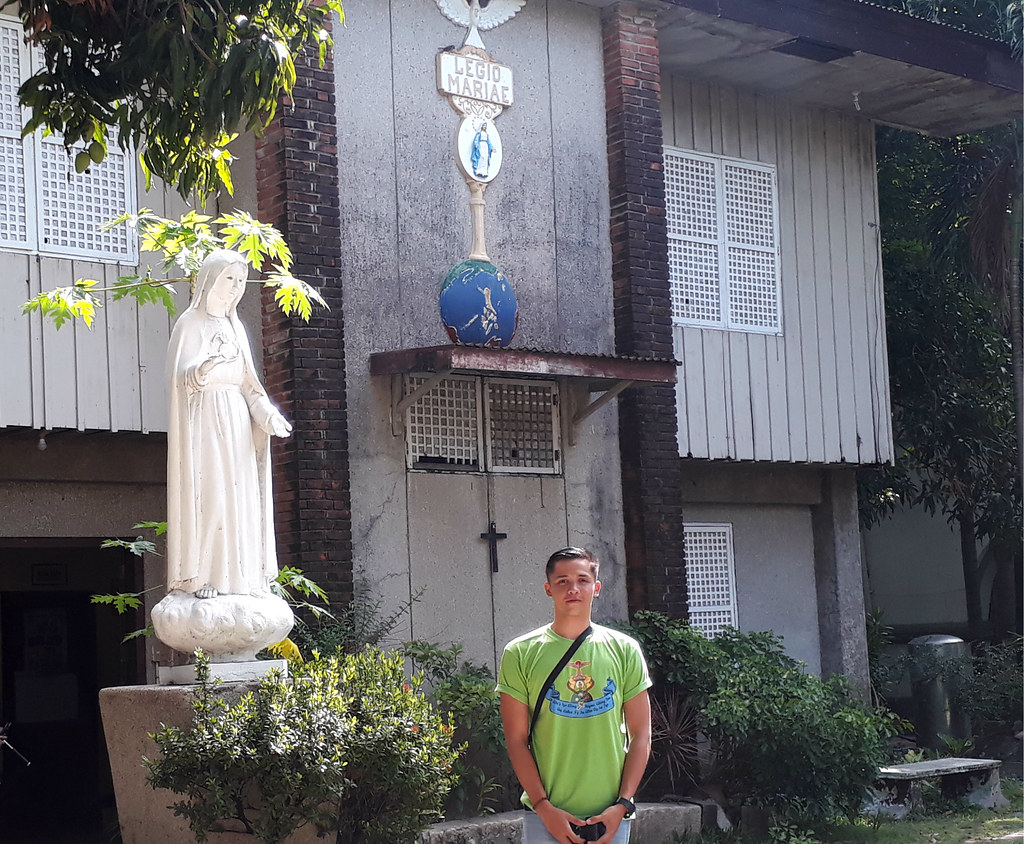 Things you Should Know before visiting the Vigan Cathedral
►Vigan Cathedral is located in front of Salcedo Plaza
►The Vigan Cathedral along with other places in Vigan is included in UNESCO World Heritage Sites
►It is Canonically known as Metropolitan Cathedral of the Conversion of Saint Paul The Apostle
►The current church was established from 1790 to 1800
►Important: You should be aware of their Mass Schedules. The early mass is usually in Ilocano. On Sundays: 4:30 to 10 Am masses are in Ilokano. 10:30am and 6:30 am masses are the only English masses on Sundays in Vigan Cathedral and the rest are in Ilokano.
►Just few walks away from the Cathedral, you’ll find some of the best Empanadahan too

A Visit To Kamay Ni Hesus : The Via Dolorosa Grotto And The 50Ft Statue of The Risen Christ

I am an Optimistic!

10 thoughts on “Exploring Ilocos : Vigan Cathedral and Legion of Mary House in Ilocos”