The third installment of Cars is finally here and it will surely drive you crazy! Disney and Pixar’s Cars 3 is back on the big screen after six years and it will not disappoint you at all. The usual problem for a franchise and their trilogy is how are they going to make the latest installment better or at least equally appealing than its predecessors. In case of Cars, they took us all in a very unusual universe where only cars exist. The franchise allowed us to explore our wide imagination by taking us to a world run by self-driving vehicles but we have to admit that a Car-centric story is as limited as what real cars can do. There’s just nothing much to explore yet the third installment proved me wrong. I have no idea if this is going to be the final installment for Cars but one thing I can confidently say is that they concluded this film they it should.  With right amount of action and drama and not to mention those valuable lessons you can learn from this installment, Cars 3 is absolutely a fun film to watch not just for kids but for the entire family. Now , allow me to share you some of the valuable lessons you can learn from this animated movie.

Photo Credit : Disney- Pixar
Success Cannot Be Achieved Overnight but Is not Permanent Either
Cars 3 will feature Lightning McQueen (voiced by Owen Wilson) embracing the peak of his successful racing career. At this time, he already earned a huge fan base and is definitely on top of his league. As we all know, McQueen managed to gain such success with the help of his late mentor, Doc Hudson who will receive an emotional tribute in the entire course of the movie (trivia: Doc Hudson was voiced by the late Paul Newman who died in 2008 and they used archived recordings of Newman for the flashbacks). McQueen went through intensive training like no other and that’s how he got all the experience and skills to win all his race. However, the technology is rapidly evolving and the modern cars that are aesthetically and mechanically improved started to appear. Mcqueen finally met his greatest competitor through Jackson Storm (voiced by Armie Hammer), a rookie racer yet armed with powerful speed defeating every racers on his way including McQueen.  This made McQueen very eager to defeat him in order to gain his popularity back. In real life, we also hit those points where success is already in our hands yet failures arrive and sometimes we had to go back from scratch. Success may not be permanent but failures are not fatal so never stop working after success and never stop trying after failure.

Photo Credit : Disney- Pixar
Use Your Weakness as Your Strength
One thing I learned about this movie is how someone can embrace his weakness and use it as his strength. All thanks to Cruz Ramirez (Cristella Alonzo), a newly introduced character in this movie who will act as Lightning Mcqueen’s new trainer and technician. She was hired by Sterling (Nathan Fillion) as a trainer for all the racers under  Rust-eze Racing Center. Her notable technique is to let her trainees accept their weaknesses and use them as their advantage to win. Ramirez, however, do not really want to be a trainer but an actual racer with McQueen as her inspiration yet her fear of failing has become her struggle to achieve such goal. In life, we should learn to embrace whatever flaws we have and instead of discouraging ourselves. we must rather use these weaknesses as our strength and win our own battle.

Photo Credit : Disney – Pixar
Never Fear to Take Any Chances
It is very interesting to note that Cruz Ramirez will serve as the movie’s emotional turning point when she revealed that she doesn’t want to be a trainer and she has bigger dreams she would like to fulfill. However, her fear of failure keeps on stopping her from achieving her goals and to show what she is really capable of. She was drowned by all the discouraging words from the people around her (should I aptly say cars? haha) and as a result, she also underestimate herself and never dare to take any chances to prove her worth. In real life, we sometimes feel the same way as Ramirez. We were conquered by our fear of failing and so we do not give ourselves a chance to show people what we got. This movie will definitely uplift your spirit and will give you courage to grab every possible opportunity that will come your way!

Photo Credit : Disney – Pixar
Women Can Kick Ass!
Another great thing I love about this movie is how it empowers women. In the kind of sports that is often dominated by men, an aspiring female racer like Cruz Ramirez will not stand a chance. There was a part in the movie where McQueen and Ramirez went to a seemingly abandoned Thomasville Speedway where they met Smokey and the rest of the old friends of Doc. A female race car named “Louise “Barnstormer” Nash” who shared her story and how she managed to make a name in racing industry. She was not allowed to race and she had to steal a racing number to get her first chance on the track and won various races which earned her the title as the “First lady of racing”. Interestingly, Ramirez had to do the same thing and she managed to show everyone that a woman like her can kick some ass! Watch the movie and I want you to see the reaction from the female analyst named Natalie Certain

Photo Credit : Disney – Pixar
The Real Essence of Victory
For McQueen, winning is the most important thing. He was very eager to put himself back on the track and bring himself back to his former glory. For him, losing the race is the end of his racing career and that’s the reason why he had to force himself to upgrade his training much like what Jackson Storm did. Unfortunately, despite of all the hardwork and efforts, it seems like he already reached his limit and there is no way for him to surpass the record that Jackson Storm is making. However, much like what Doc Hudson saw in him during his rookie days, he saw the same potential with his protege and that’s where he realized the real essence of victory. This is actually my favorite part of the movie. It reminds me of those emotional ending of Toy Story 3 where Andy had to give his toys to someone else because he had to. This movie showed it in different approach but similar emotional attack. 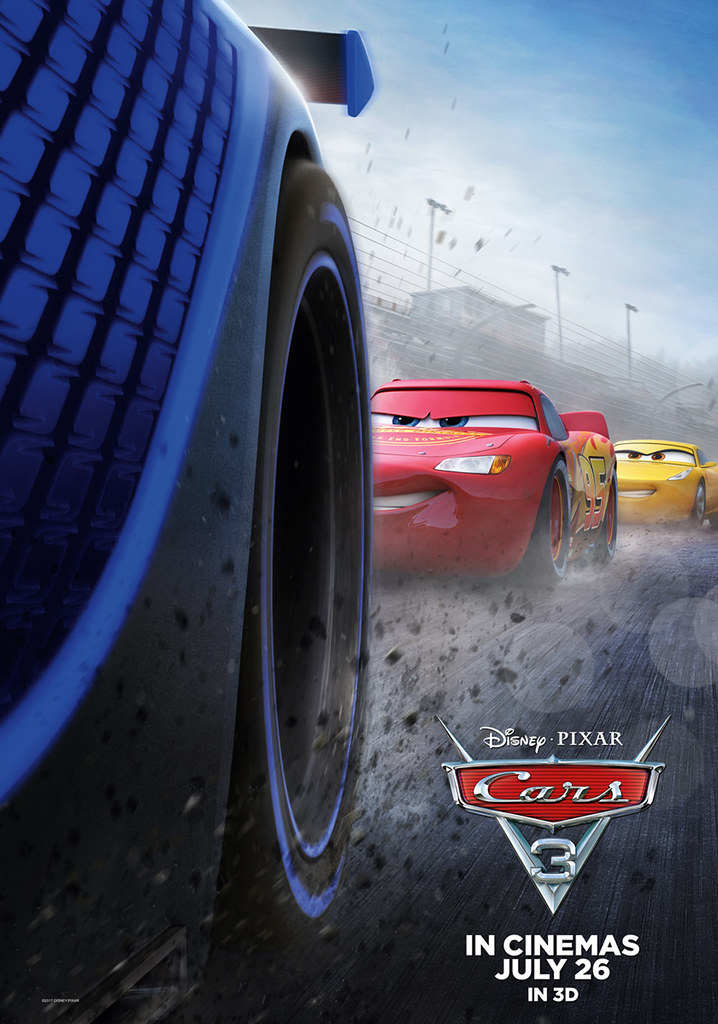 Photo Credit : Disney – Pixar
Generally, the story of Cars 3 is quite  predictable yet the ending is cleverly executed. It is way better than the first sequel. There’s just too many lessons to learn from this movie which makes it very ideal for the entire family. Cars 3 will hit the theaters this 26th of July! Also prior to the film is a Disney Pixar’s Short film entitled Lou, written and directed by Dave Mullins. 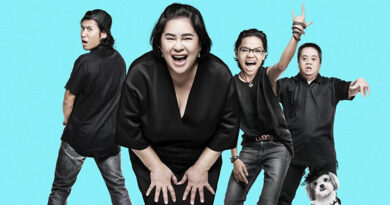