The wait is finally over! The highly anticipated superhero movie of the year finally took the big screen yesterday and everybody is going crazy about it! Wonder Woman is the fourth installment to the growing DC Extended Universe which started 4 years ago with Man of Steel followed by a sequel with Batman and the Suicide Squad (both in the same year -2016). While Marvel is still struggling to establish their very own stand alone female-lead superhero movie, DC just made the right decision to finally bring this iconic female superhero into the limelight. In the fictional world dominated by manly superheroes, all it takes is one female-lead movie to prove that girls can also break the boundaries and can kick butts as much as men superheroes do! 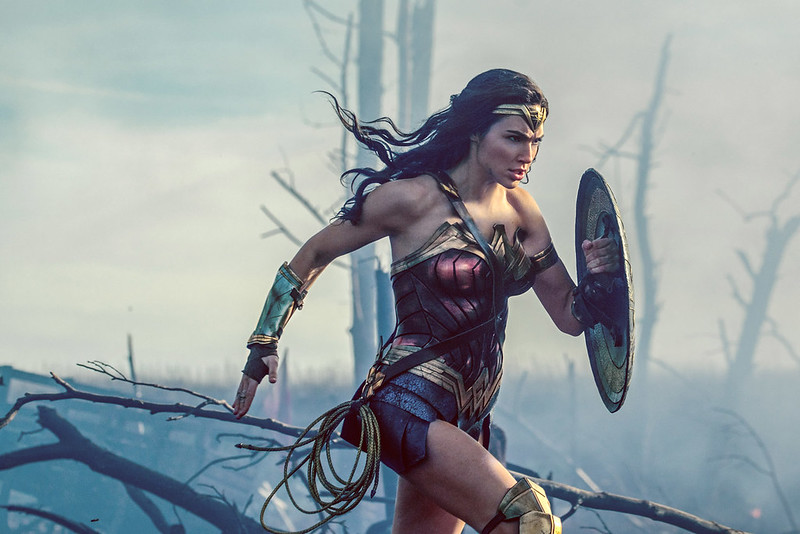 The Wonder Woman Movie That We’ve All Been Waiting For
Batman Vs Superman : Dawn of Justice was considered as the first theatrical appearance of Wonder Woman who was cleverly portrayed by Gal Gadot but the stand-alone Wonder Woman movie has been a work in progress since 1996. The project has been passed through many directors including Joss Whedon (the guy behind the two Avengers Movie) until it was accepted by “Monster” director Patty Jenkins marking her as the first woman to direct a superhero film with a female lead. Before the role landed to Gadot, many high profile and A-lister celebrities have been pinched to play Wonder Woman including Sandra Bullock, Angelina Jolie and even Beyonce but the success of this Wonder Woman film proved that we really do not need a superstar to justify the role of this iconic superhero. In fact, Gal Gadot was a revelation in this movie. It has been a while since the last time Hollywood treated us with a decent Female-lead superhero movie. Catwoman and Elektra were good but not exactly remarkable. With decades of waiting (75 years to be exact) and with numerous attempts, we finally get the chance to witness a female lead superhero to hit the big screen and it is not just a history but absolutely a game changer. With the success and the praises from the critics (including that insane 93% rating from Rotten Tomatoes), we are expecting to see more of these female butt-kickers in the future! 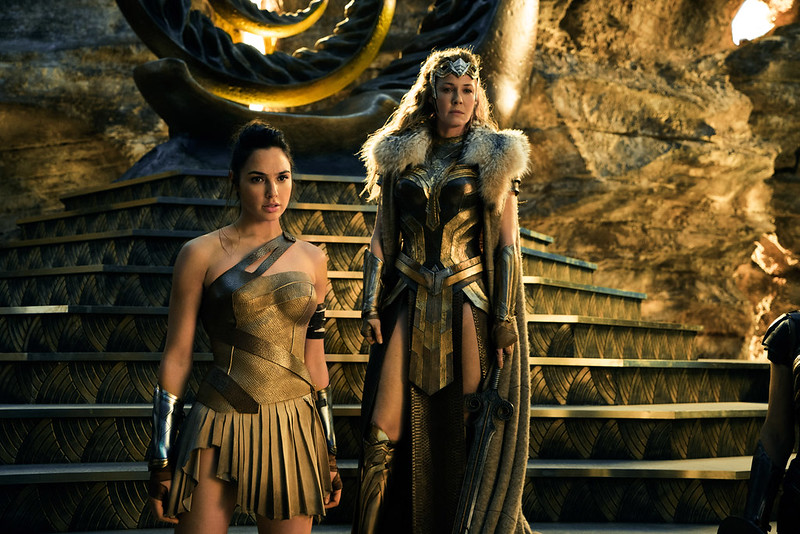 Exploring Wonder Woman’s Origin
Although we are all know who Wonder Woman is, only the true comic fans are aware of her origin. Unfortunately I do not know anything about Diana but it is very interesting to note that this movie can be watched by anyone regardless if you are a die hard fan or not. I am not sure how the movie remains faithful to the real story as depicted in the comics but the film will take us to an interesting piece of story , the origin of Diana before she became the Wonder Woman that we are all familiar with. Wonder Woman tells the story of Princess Diana (daughter of Hippolyta [Connie Nielsen]) who came from a mystic island of Themyscira which is inhabited by the Amazonians. Diana was secretly trained by her Aunt Antiope (Robin Wright) believing that someday, Ares (God of War) will go back after being defeated by Zeus to destroy the mankind. A spy named Steve Trevor (Played by Chris Pine) accidentally crash landed and discovered the island after being chased by a fleet of army. Using the “lasso of truth“, Diana and the rest of the Amazon people learned about the approaching war. Believing that it was an act coming from Ares, Diana took the “God Killer” sword and sail out to the man’s world with Trevor but little did she know, she will be taken to a world beyond her expectations. 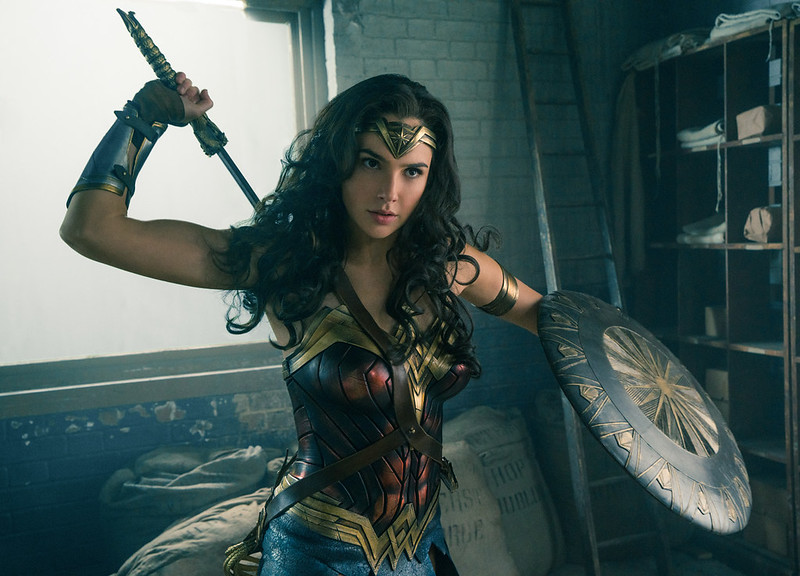 Wonder Woman as Timely and Relatable Film
There’s definitely a reason why Hollywood never gave a shot for a female-lead superhero movie and it has never been good. This seemingly endless issue about gender politics should definitely come to an end and this film is great enough to change the game. The way Wonder Woman was depicted in this film is  a perfectly balanced and surprisingly relatable character. Diana can be very charming , soft and kind to people and her compassion and love for the world could be very overwhelming but she can also transform herself into a badass superhero who can destroy everything and everyone on her path! On top of that, with all the global issues we are facing today, how we all wish there is a kind of Wonder Woman who could save the day. 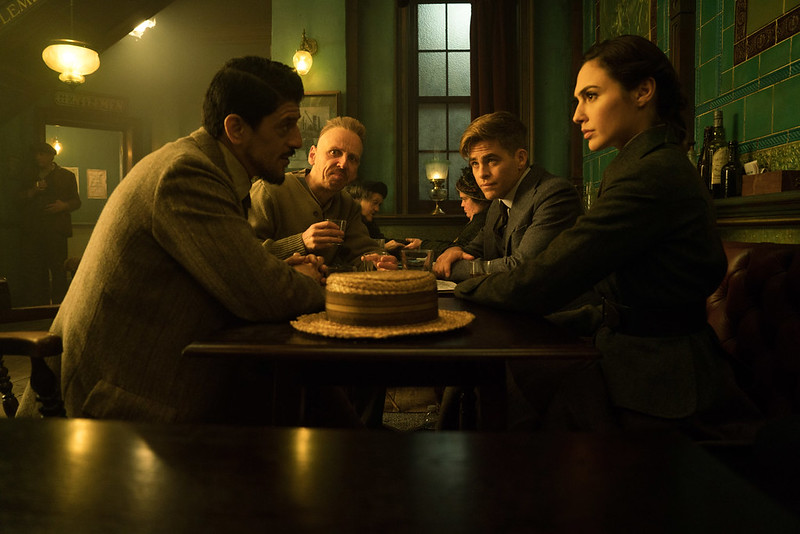 Amazing Action Sequences, Visually Delightful Effects Balanced With A Pinch of Hilarious Humor
It’s not a superhero movie without those action packed sequences and Wonder Woman did not disappoint at all. We will be treated with satisfying action sequences matched with visually delightful effects. Honestly, I am not a big fan of Wonder Woman. I just thought that her Amazon Bracelet that allows her to stop bullets and her magical lasso are not thrilling enough compare to other superhero abilities but this movie proved me wrong. The battle scene between the amazons and the soldiers is impressively executed and I have never visualized them so cool until I have watched this movie. I personally enjoy the village scene the most where Wonder Woman along with Trevor and his team tried to save the entire village from the hands of the enemies. I also love the fact that they balanced all the action with a pinch of funny humor. Diana’s innocence to the new world has become one of the funny elements that made this film a lot more enjoying to watch. 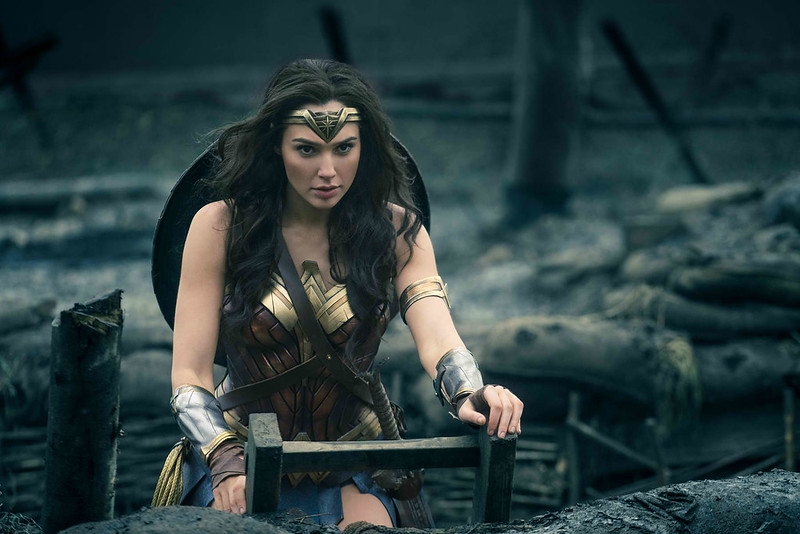 Gal Gadot was A Revelation
Gal Gadot is seemingly a perfect choice to play the role. For someone who started her career in modeling and with little credentials, what Gal Gadot showed to us was a surprising revelation. She gave so much justice to her character and made Wonder Woman even more convincing. Her acting skill is absolutely beyond expectations and with this success, Gal Gadot just put herself along with other high profile celebrities today and we just can’t wait to see more of her. I don’t know if it’s just me but I think she could be an ideal Lara Croft for me if ever that Tomb Raider Reboot will push through.

Wonder Woman is definitely a worth watching film and possibly one of the best films in DC Extended Universe so far! The movie is now showing in Philippine Cinemas and is best watched in IMAX! Have fun!

12 thoughts on “[Movie Review] : Wonder Woman ~ Absolutely Worth Waiting For!”

When CB Cebulski of Marvel Comics brought some exclusive Marvel showcases in Manila through their so-called “Hall M” in the recently concluded AsiaPop Comicon, I knew that they will unveil

A movie that will surely uplift you and will tell you the real meaning of beauty and unconditional love! After his critically acclaimed performance in the 2015 movie Room, Jacob