Those who went to AsiaPop Comicon two weeks ago will surely agree if I say that Netflix is the best part of the convention. Netflix featured a massive booth in Asia Pop which turned some of our favorite TV shows into reality! It gave us a very wonderful experience by taking us to some of the fictional universe as depicted by some popular tv shows. I personally love how they connect all the popular Netflix shows like The Defenders, Orange is The New Black, Riverdale, Stranger Things and Death Note in one massive interactive series of booths. 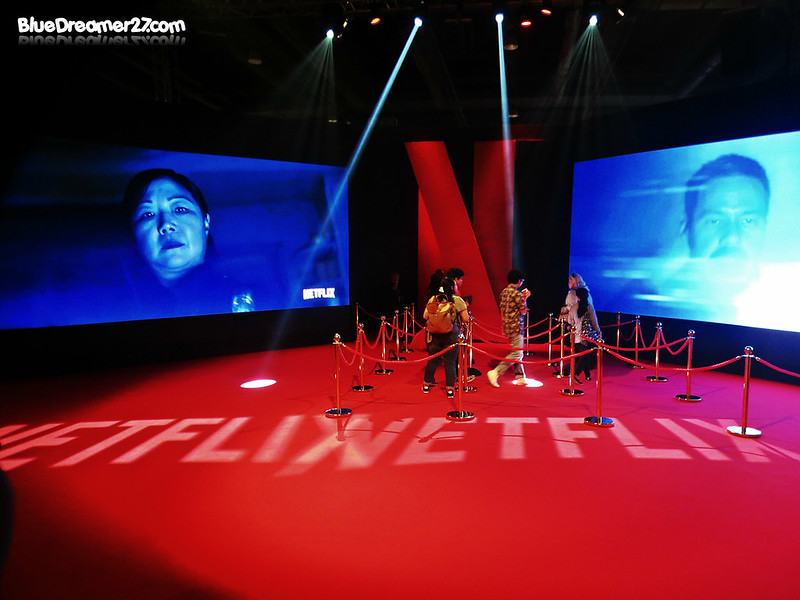 Definitely not your typical booth. Attendees had to enter their gigantic entrance forming a huge letter N. There are two huge screens on both side flashing some clips of their shows and also some IG Photos taken by attendees who used their official hashtag. 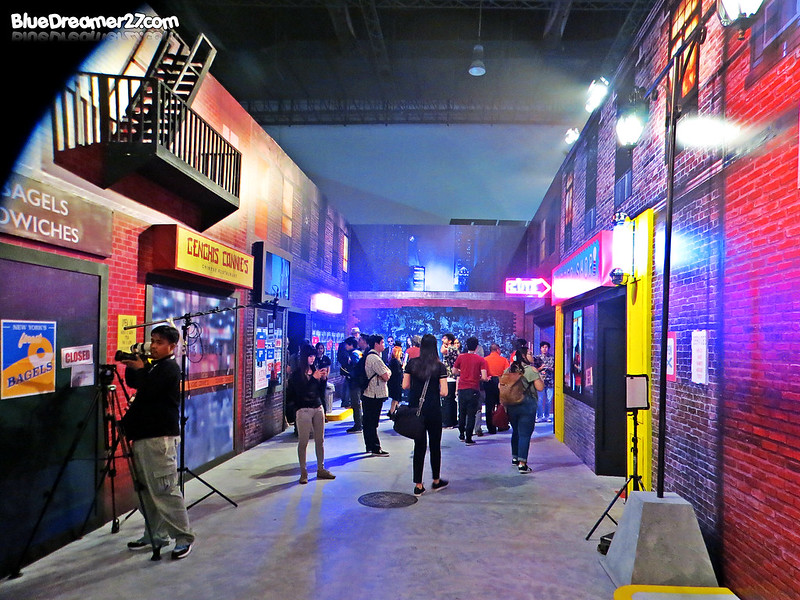 Once you have entered the Netflix gate, you will be prompted to these interesting city street inspired hallway. You will surely appreciate every single details that were used in this interactive booth.  In fact, it is no longer a booth but more of an interactive attraction! The whole hallway set up is dedicated to Marvel’s The Defenders where they recreated the Defenders New York Street set. You can step in Josie’s Hell Kitchen, The Minimart, China Town Giftshop or Pop’s Barber Shop. Each room will transport you to a different tv show which were all cleverly executed. Each areas are interactive in different ways that all attendees will enjoy. 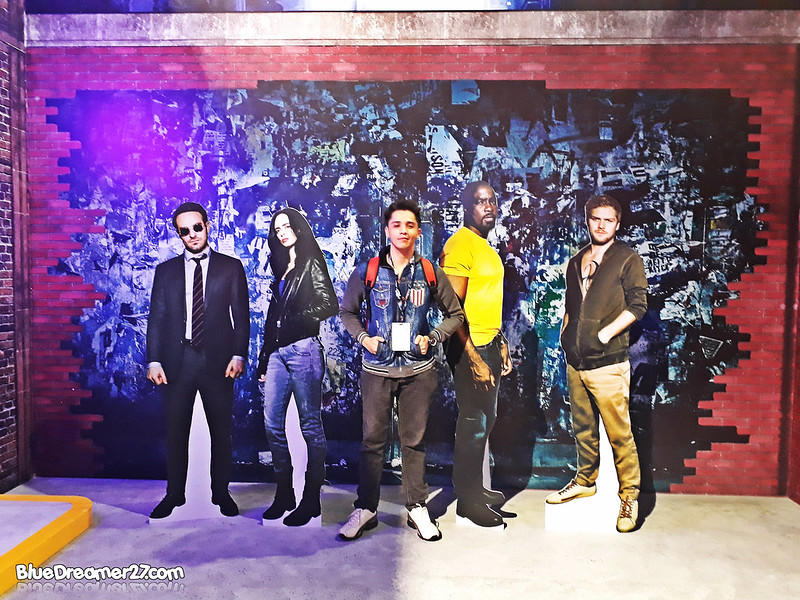 At the end of the hallway, you’ll spot four cutout standees of Marvel’s The Defenders including Dare Devil, Jessica Jones, Luke Cage and Iron Fist. It is absolutely a great photo opp. The staffs were even willing to take a picture of you and they were also distributing stickers for free! 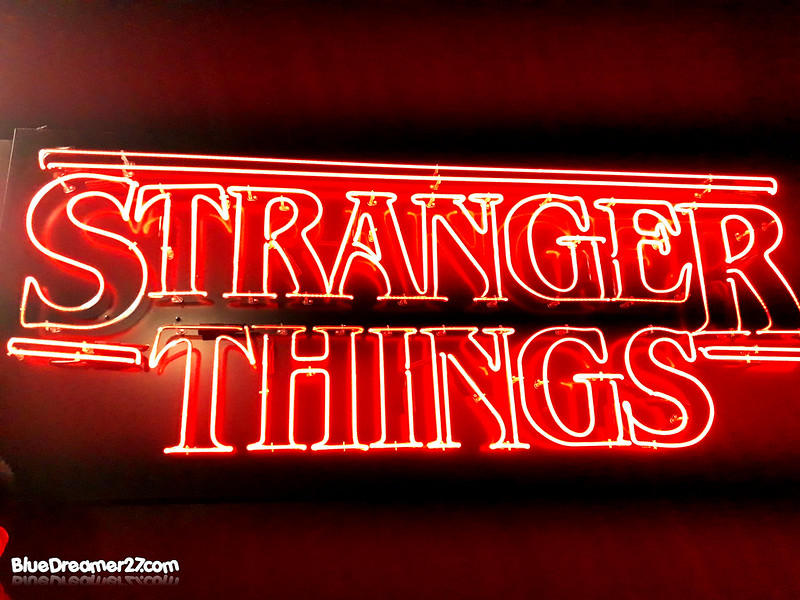 Stranger Things has the largest interactive booths. There is an area that features the iconic Stranger Things logo with interactive bicycles for a great photo opp. They also brilliantly recreated some of the show’s popular key sets including Byer’s Living Room, The Hawkins Lab and of course, the Upside Down. 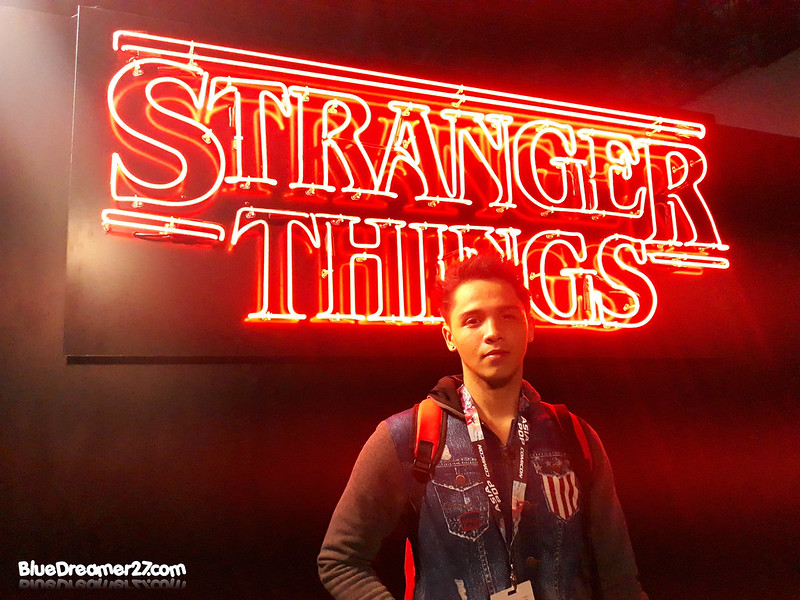 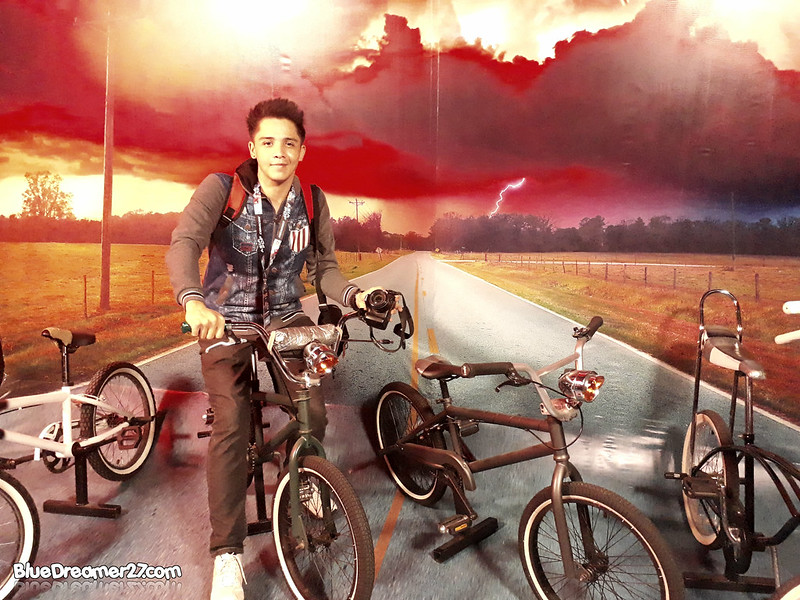 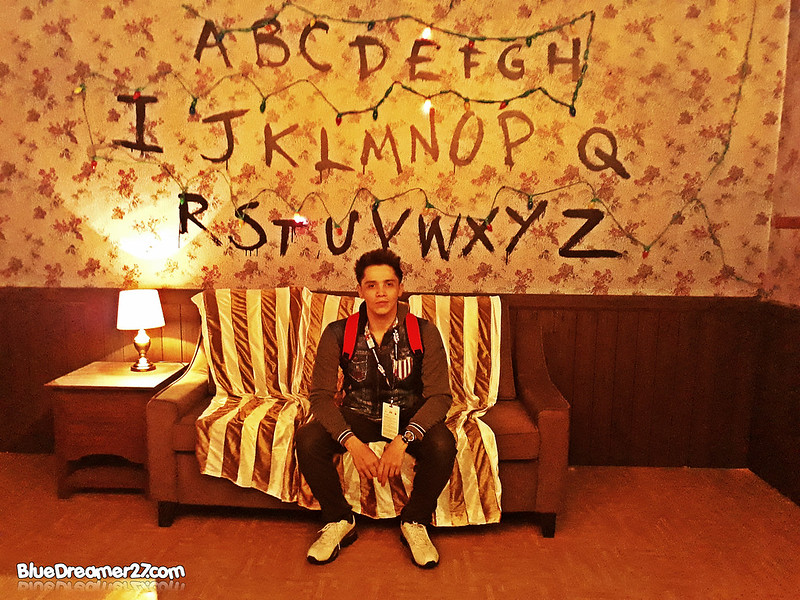 The Byer’s Living room. Adorned with vintage wall papers, the Christmas lights, static television set, old telephone similar to how the room is depicted on the show. 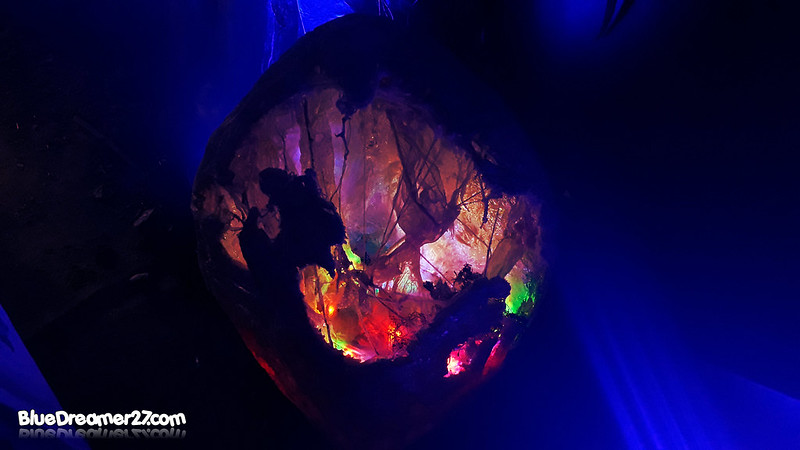 From the living room, you will spot a small portal that will take you to the Upside down where you can spot a creepy Demogorgon. The other end of the portal will take you to Hawkins Laboratory, where Eleven was created. 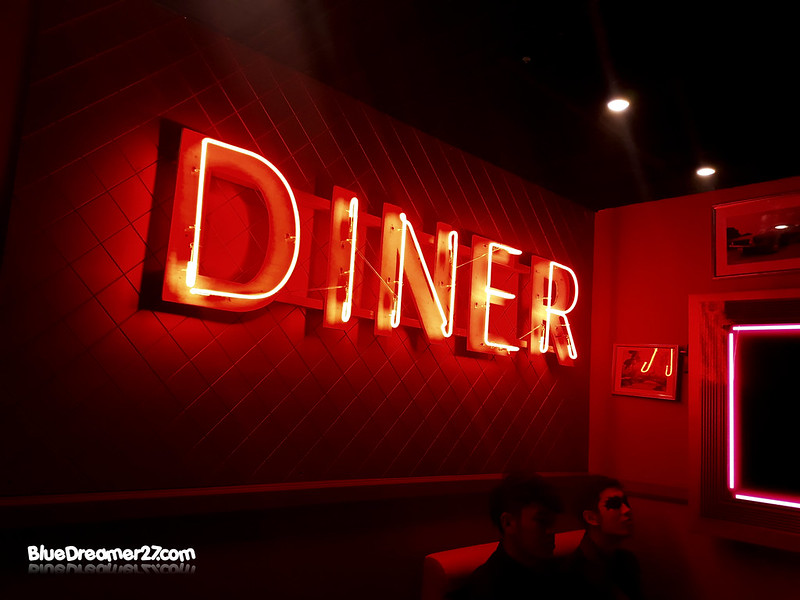 On the other side, you’ll see  a diner that is inspired from another Netflix show ~ the Riverdale. They have captured the diner set perfectly where attendees can have a perfect photo opp with their scenic ambiance. 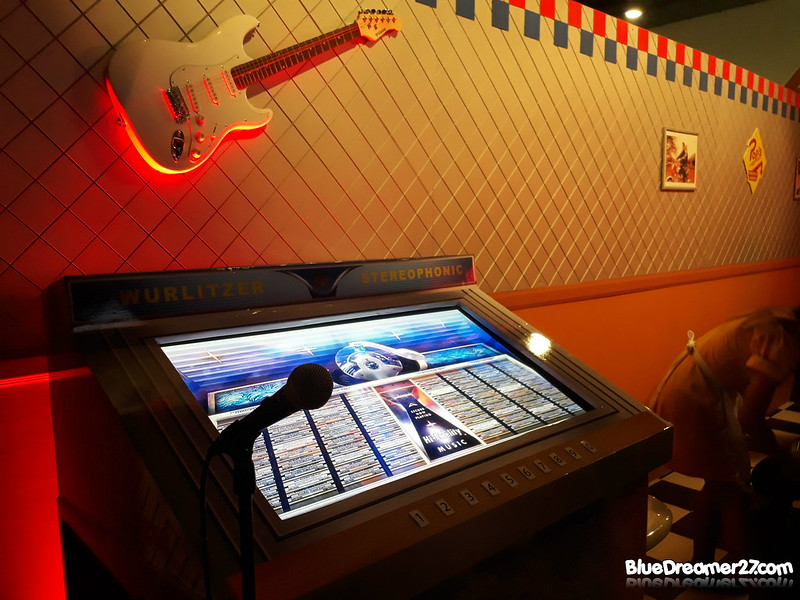 There’s a jukebox where visitors can sing along and answer interesting Riverdale trivias. 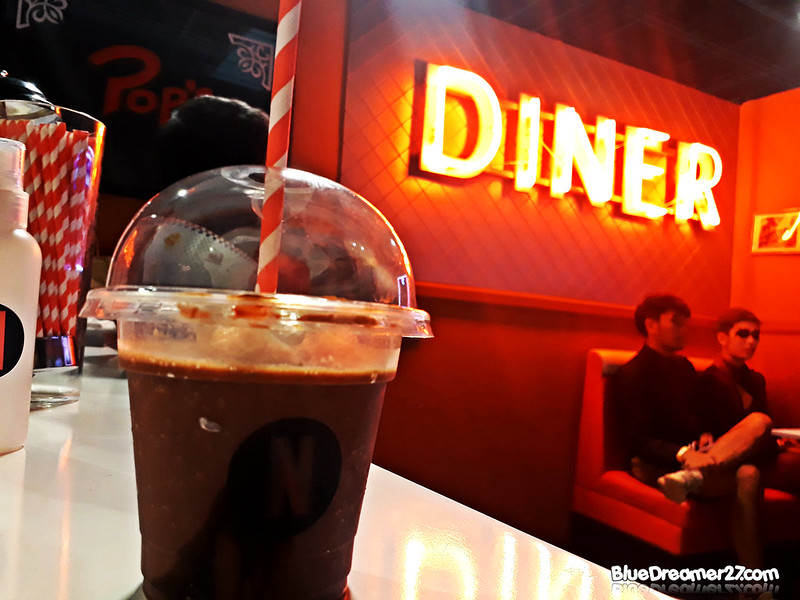 They’re also giving real milkshakes from this booth and a pair of Riverdale stickers! 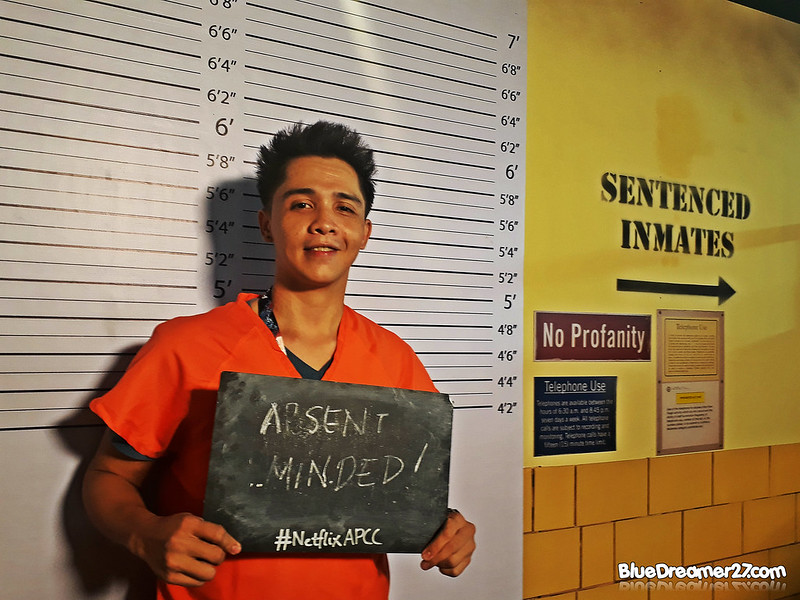 Orange is the New Black is one of my favorite booths. The area will take you to a prison set up with many interactive activities to participate in. There goes the area where attendees can wear prison’s uniform which makes you feel like you’re a real inmate. You can have your mugshots be taken. 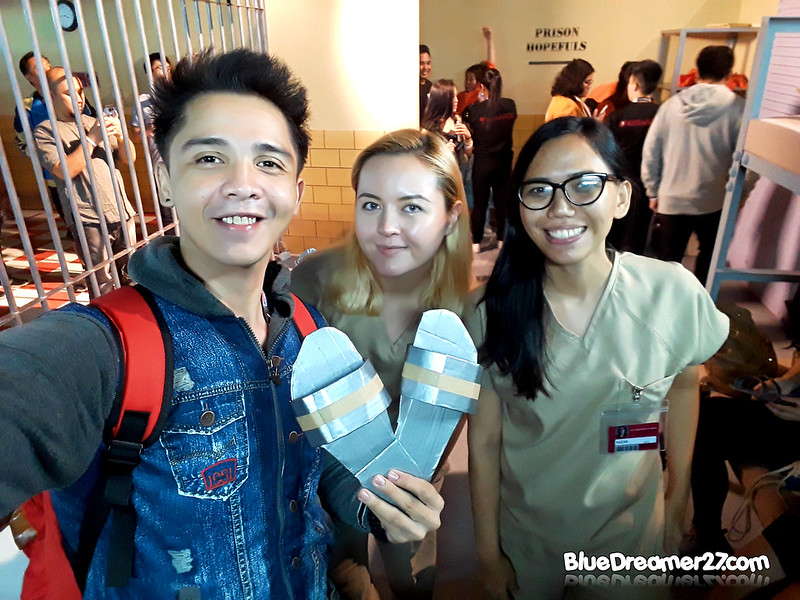 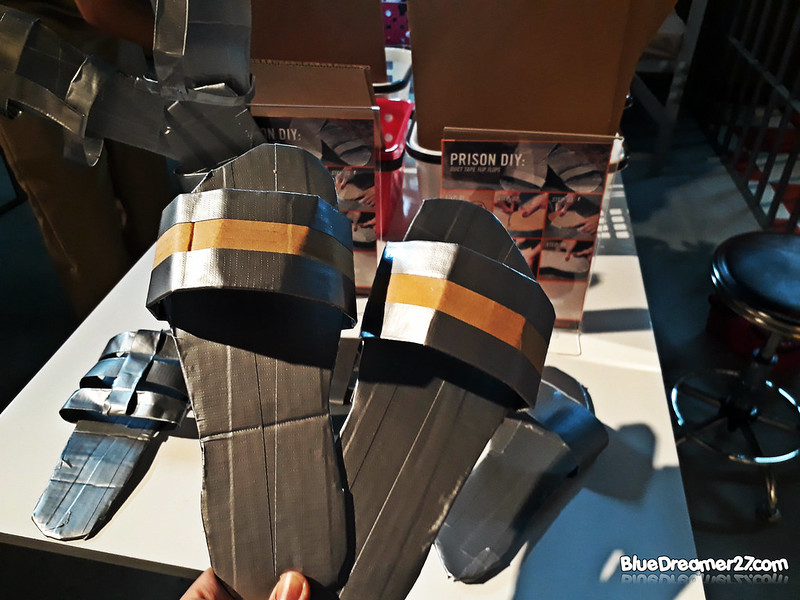 And there goes my very own slippers!

Death Note which made its premier screening in Asia Pop also offers an interactive booth. I was not able to try it myself but they gave  attendees a chance to experience Virtual Reality! There’s a VR Experience booth that allows you to experience on how to become a Death Note owner!

Exploring the entire NetFlix booth is truly a remarkable experience. I love how each room can transport you to a different world. It’s like a portal to another portal. You can also appreciate how each room were crafted and how they focused on every single details to make your experience more realistic and fun!

Although not part of Netflix, here are other interesting booths from Asia Pop Comicon 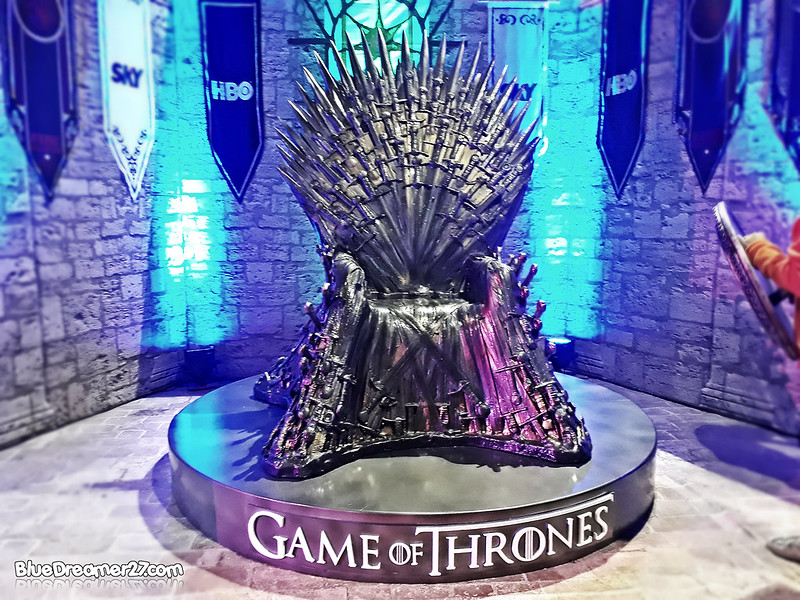 Sky Cable Booth brought the Game of Throne‘s iconic iron throne in Asia Pop! Matched with cool details and props, attendees can unleash their Inner GOT character and claim the throne! I’m glad I was able to take a photo here during the first day because I was greatly surprised of the overwhelming amount of people lining up for this booth on the third day! That’s insane! 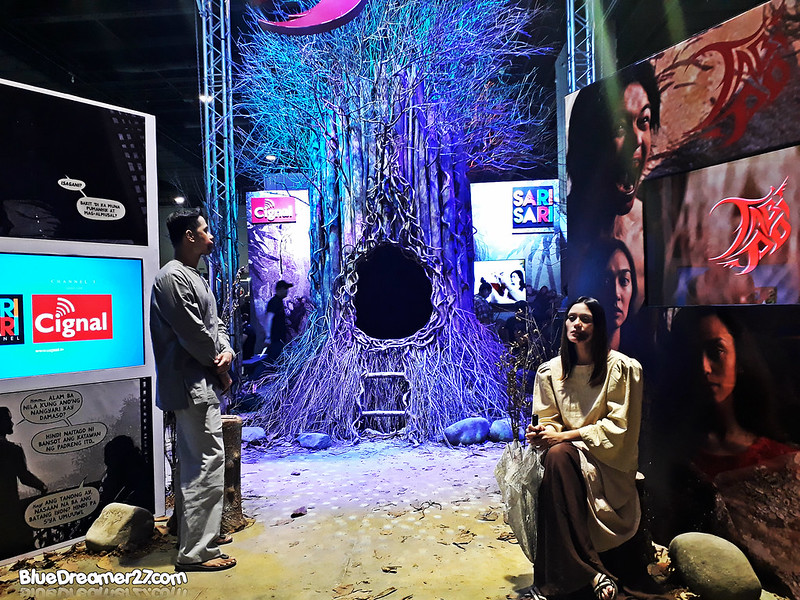 The eerie-looking booth of Tabi Po with creepy zombie-like people walking around that huge creepy tree! 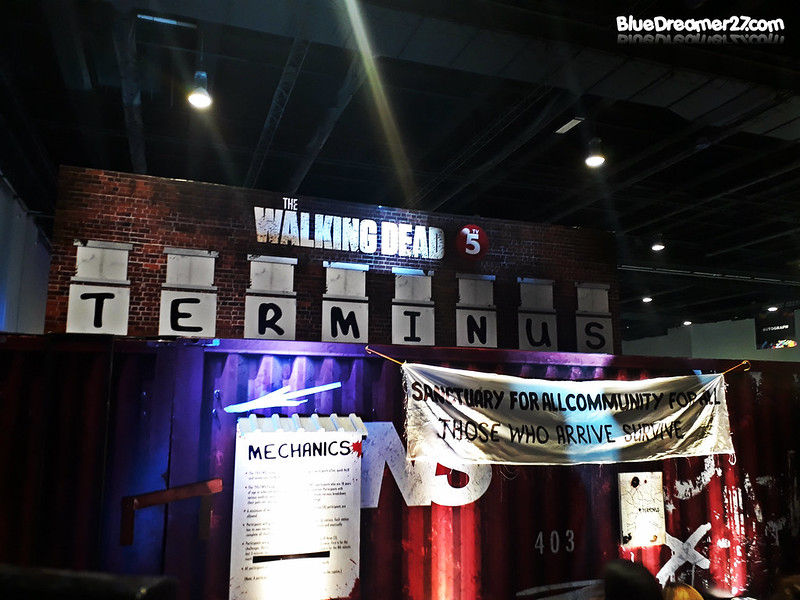 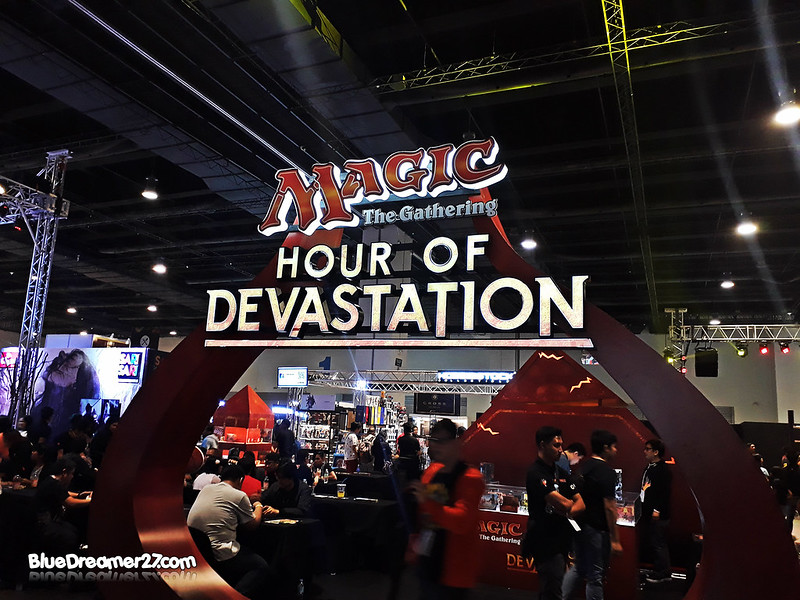