AsiaPop Comicon 2017 brought in two big stars this year. The first one is Tyler Hoechlin who played Superman in the second season of Supergirl amd Ray Fisher who will be playing the role of Cyborg in an upcoming film Justice League. Unfortunately, I failed to catch up with Tyler because I have another important event to attend to but I am glad I was able to see Ray Fisher on stage. 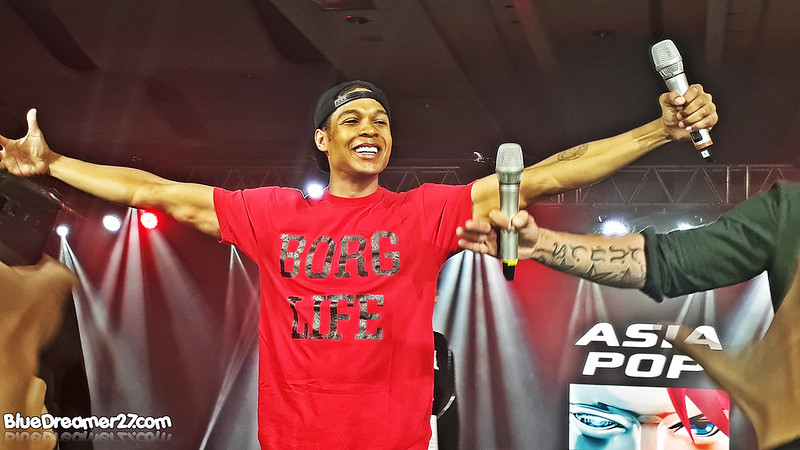 The fans were cheering and shouting when the actor showed up on stage. His cheerful attitude and seemingly down-to-earth personality just made the fans even more insane and love him even more. Interviewed by Mr KC Montero, Ray Fisher wittingly answered all the questions from his raging fans and in fact, he decided to stay even longer to show how much he appreciates the support from his grateful fans. 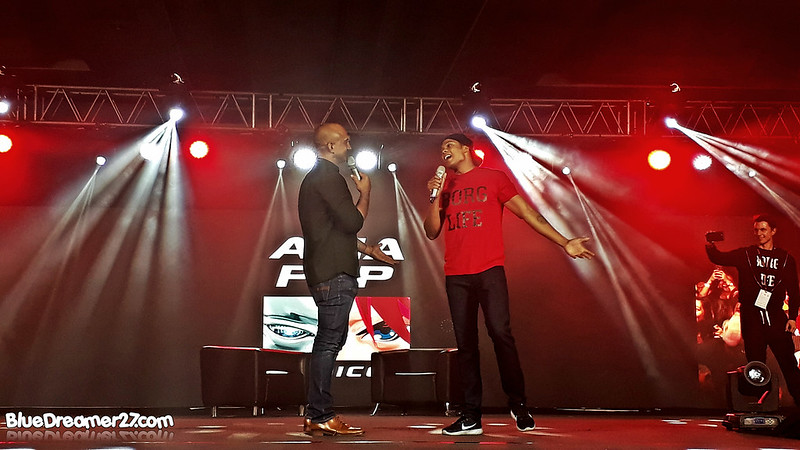 Sporting that huge “Borg Life” print on his shirt, you can really tell how much he is enjoying the role and embracing the character. This is by far his biggest break on his career and he is definitely nailing it. He told the fans that if Philippines needs help, his league is more than willing to be here and save them. Although referring about fictional characters, this is how Fisher showed the love he got for his Filipino fans. He even described coming here in country as one of the greatest experience he ever had! 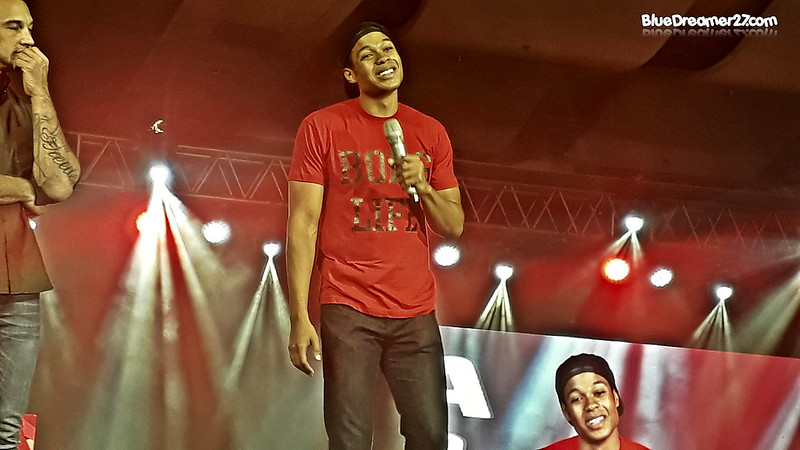 A fan asked who is better between Cyborg and Batman and Fisher brilliantly answered it by comparing the two characters with their skills. He described Cyborg as genius and powerful while Batman is a great tactician and strategist making both superheroes special in their own way.  This guy is also a video game lover and is currently engage to fighting games like Injustice and also a fan of Legend of Zelda! 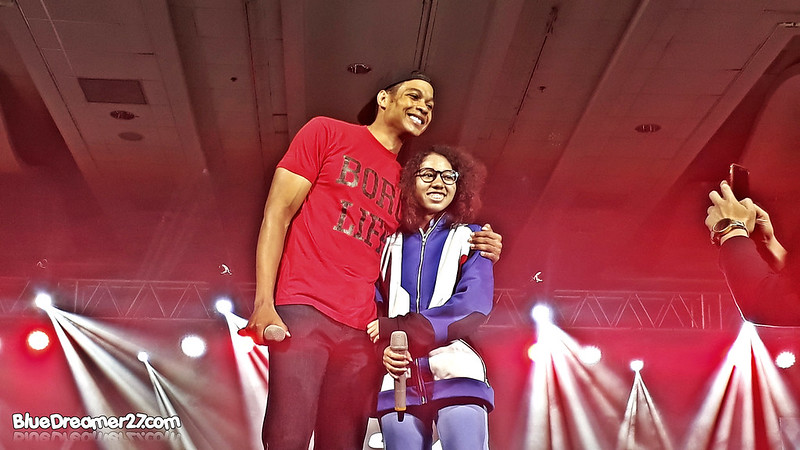 A lucky fan was able to join Ray Fisher on stage. Fisher was asked about the minority issue and what he can advice to his fellow African American and other minorities who want it make it on Hollywood. Fisher delivered a very inspiring answer encouraging people to keep doing what they want as nothing is impossible! He advises them surround themselves with people who are willing to offer their full support and help you achieve the dreams you want. 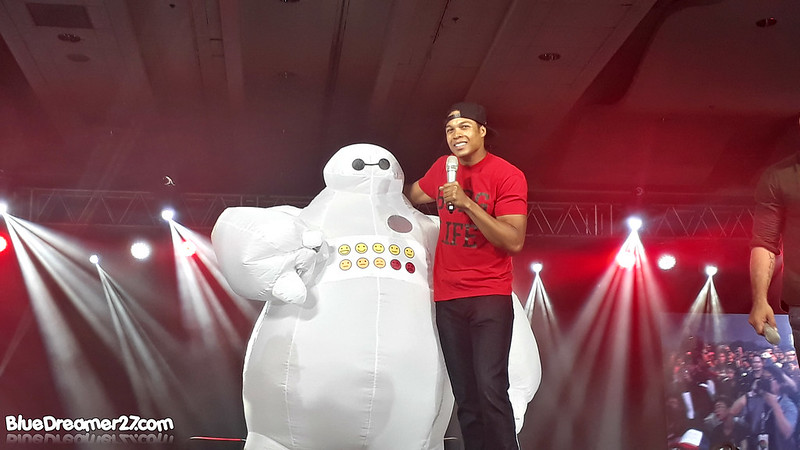 He even had a quick showdown with Baymax who later asked him if Ironman is better than Cyborg. 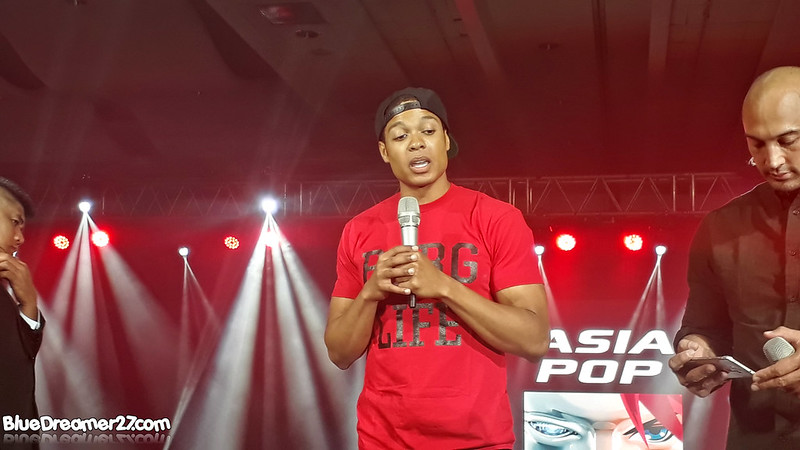 Fisher also became emotional when a fan revealed how his story of playing a superhero inspires her after her own dad passed away. 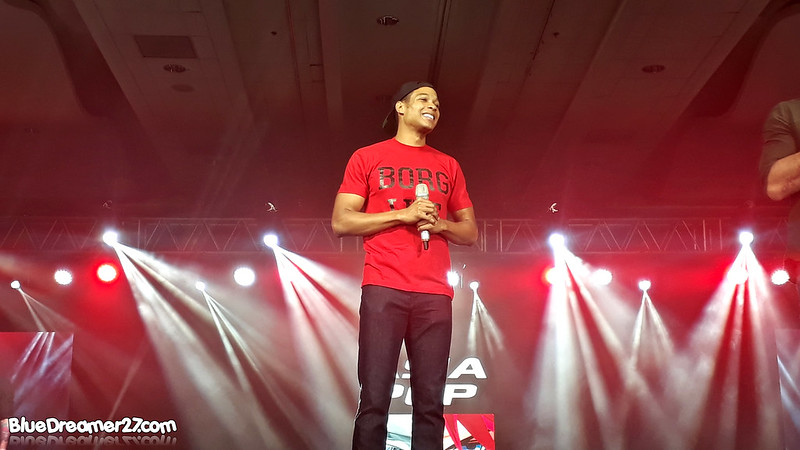 After answering all the questions enthusiastically, Fisher decided to stay a little bit longer and entertain more questions from the fans. Before leaving the stage, he even asked for a groupie and since I was in front, i was swallowed by an overwhelming crowd who want to be part of that rare opportunity haha. It was fun though!  Fisher also mentioned how the new Cyborg differs from how other Cyborgs are depicted in other form of media such as comics and tv series and that is something to look forward to.

Warner Bros recently announced that Justice League will be shown in two parts with the first one to be released this coming November 17, 2017 and the second one dated on June 14, 2019!

Few weeks ago, I was able to visit the town of Lucban in Quezon once again to witness their colorful annual celebration, the Pahiyas Festival. This is my second time

I just watched Temptation of Wife in DVD today and i can tell you guys, this tv series brought me to tears. Okay i know that sounds annoying for a

Doraemon has become a household name since the late 90s ever since the Animated series aired in National television. Much like any other anime, Doraemon also started as a manga written