I visited the Imus Cathedral last year as part of our pilgrimage lent tour but it was merely just a quick visit and I didn’t get enough time to explore the place and the altar and the saints were all covered too in observance with the Holy Week. Last week, for some reason, i was able to encouraged myself to travel all the way to Imus Cavite. I was actually aiming to visit the Marian Exhibit in The Immaculate Heart of Mary in Bucandala Imus but since I still got more time to spend, I decided to explore the Imus town proper which includes the Cathedral of Imus. 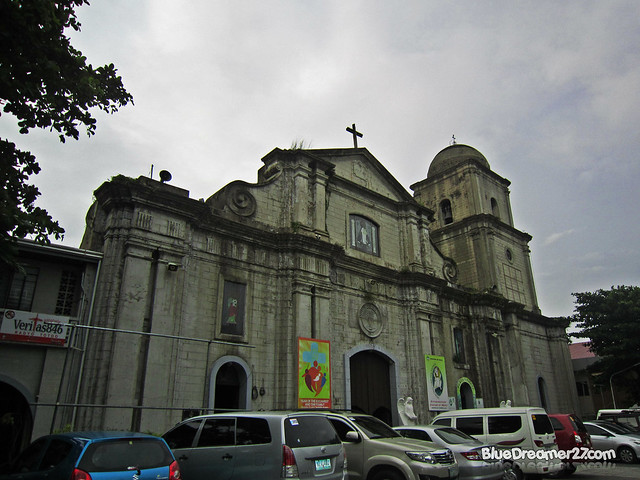 I don’t know if it’s just me but I personally prefer visiting other churches on weekdays (except for the Sunday mass) because I get the chance to embrace the place’s solemnity. The quietness of the place and the opportunity to pray solemnly made my visit a lot more spiritually rewarding. The Imus cathedral or formally known as the Cathedral of Our Lady of Pillar. The church is located just beside the Imus City plaza. It is the seat of the bishop of the Diocese of Imus, the diocese that has jurisdiction of all the Catholic parishes in Cavite. 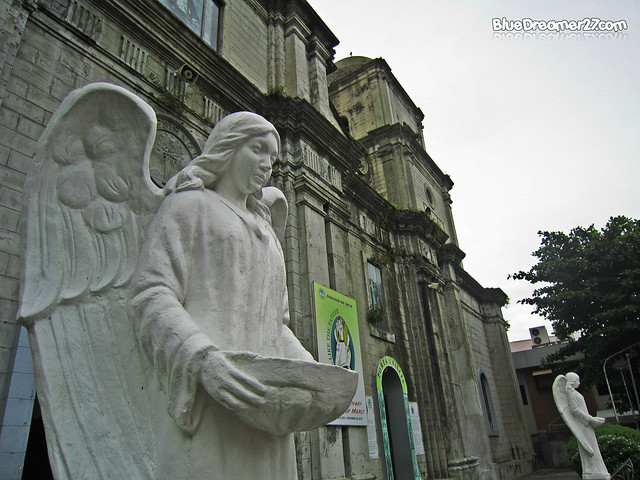 The parish is under the patronage of two. First is the Our Lady of Pillar of (Nuestra Señora Del Pillar de Imus) who is also the patroness of the city and Saint John the Baptist who is considered as the patron saint of the city. As far as the history is concerned, by the time the Augustians Recollects arrived in the town of Imus, they established a convent while the parish simply started as the “Chapel of Ease”. When the Imus was petitioned to the Government to become an independent municipality in 1774 (which only took effect a year after),  a provisional church was first established in Brgy. Bayang Luma under the order of Augustinian Recollects with Francisco de Santiago as the first assigned priest. 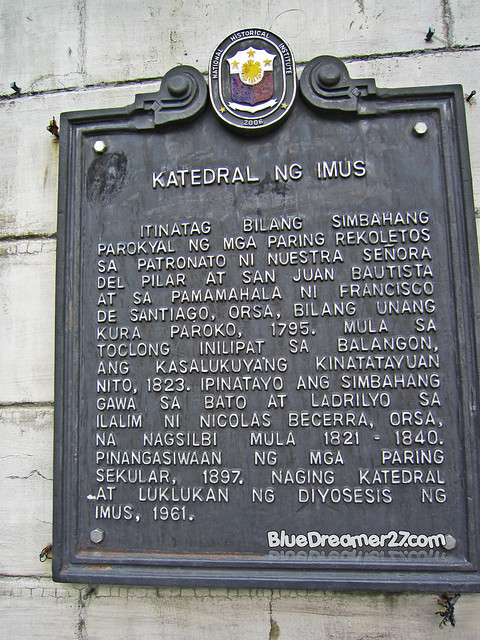 The present church, however is constructed in 1823 when the town proper was moved to Brgy Balangon (the present site and today’s town plaza of Imus) under the supervision of Fr Nicholas Barrera. The facade of the church was made out of stones and bricks and is interestingly patterned to Manila Cathedral (the fifth incarnation in particular). 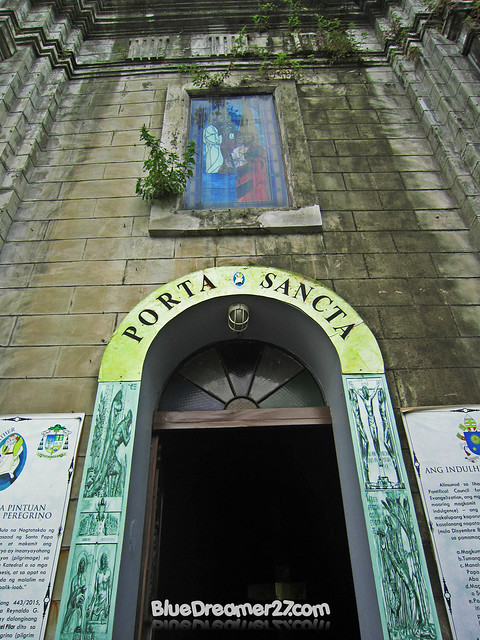 In 1961, Cavite was created a seperate bishopric from Manila after more than three hundred years and a year after (1962), the Diocese of Imus was erected and established in Imus Cathedral with the Our Lady of Pillar as its titular patroness. The Imus Cathedral is also one of the designated Jubilee churches in Cavite for the year of Mercy. 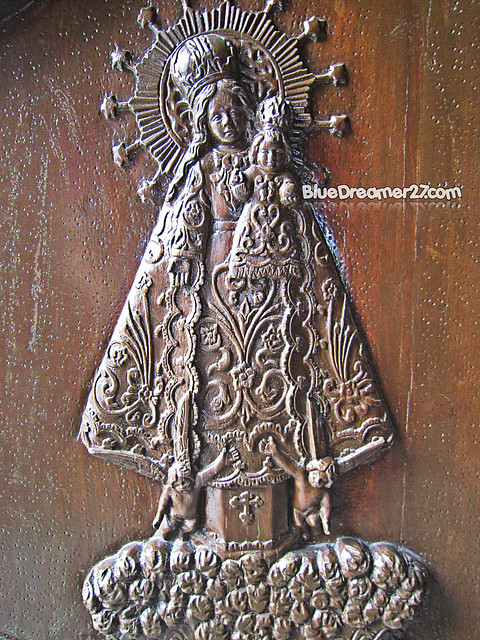 The intricately carved image of Nuestra Señora Del Pillar in the church’s main door. By the way, the current bishop of Imus Cathedral is Most Rev Reynaldo Evangelista who replaced Cardinal Tagle after being appointed as the Archbishop of Manila. 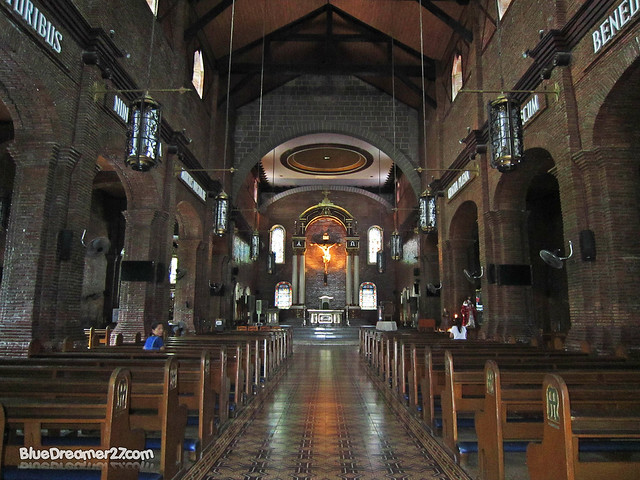 The nave of the church. The style is considered as “Earthquake Baroque”. This is the style where the church suffered from destructive earthquakes and was rebuilt in Baroque style. However, the structure in general was drastically changed especially in terms of the materials used. The upper most portion of the church are made lighter while side walls are made thicker and usually supported by huge buttresses for stability. 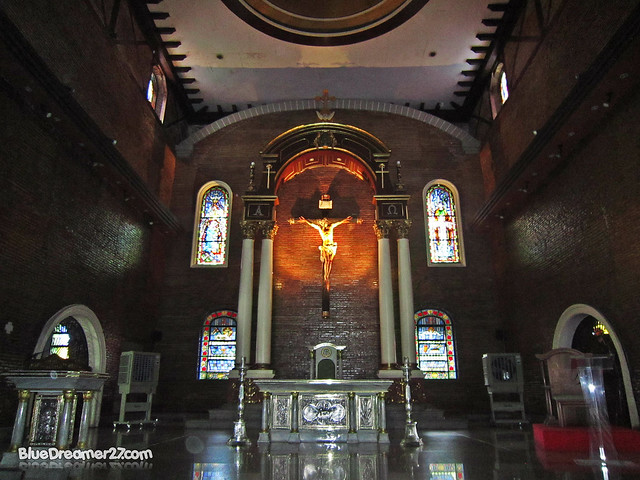 The main altar of Imus Cathedral 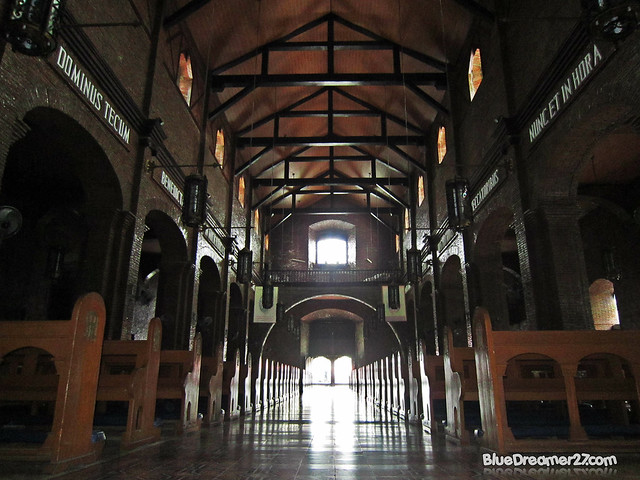 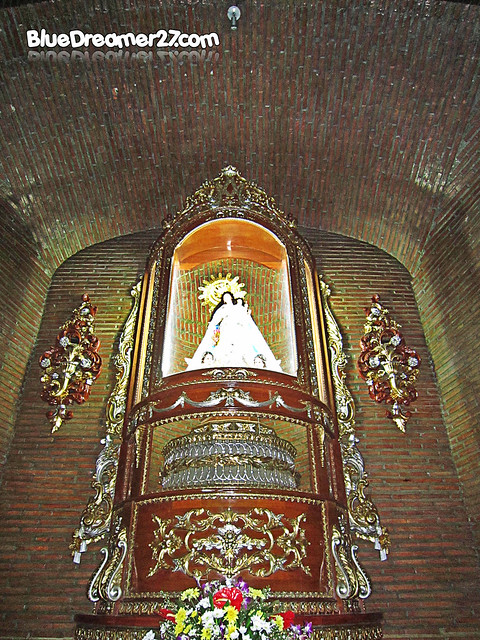 On the sanctuary lies the stunning alter of Our Lady of Pillar of Imus. The image was canonically crowned on December 3, 2012 by Luis Antonio Cardinal Tagle. 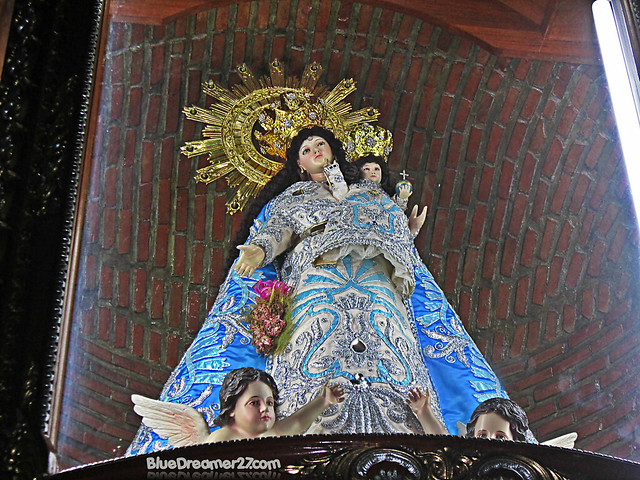 Nuestra Señora Del Pilar De Imus. The image was brought by a Priest from Zaragoza Spain , (the place where the first apparition of Our Lady of the Pillar took place) who is also a devotee of the image. The image was first enthroned in Intramuros but was later transferred to Casa Hacienda De Imus (now a Cuartel – Camp General Pantaleon Garcia Headquarters) and then on the present site, the church dedicated to the image who is more popularly known in the locals as “Nana Pilar”. The feast day will be celebrated just few days from now (October 12). 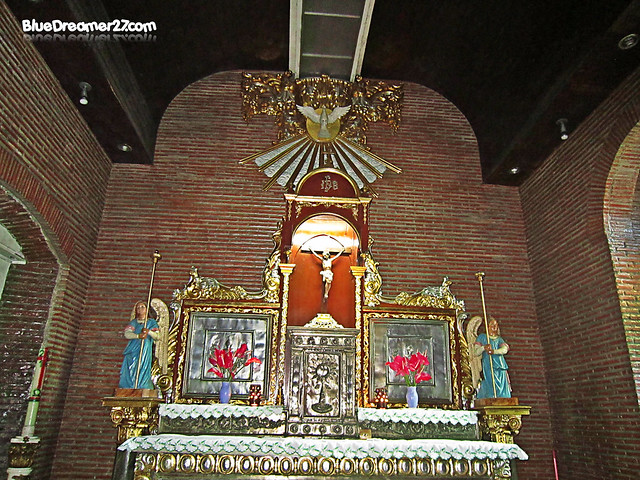 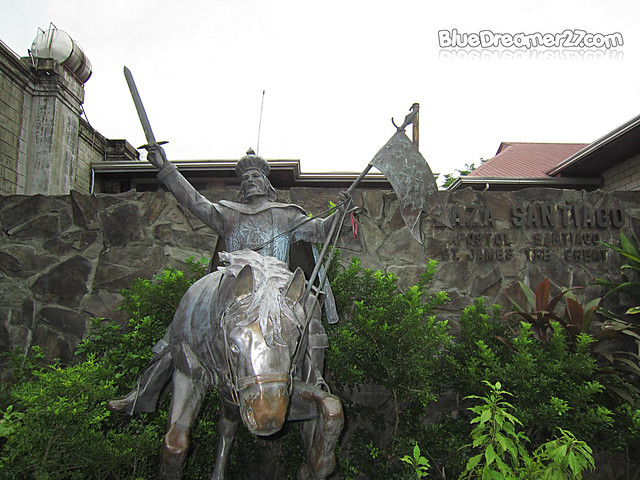 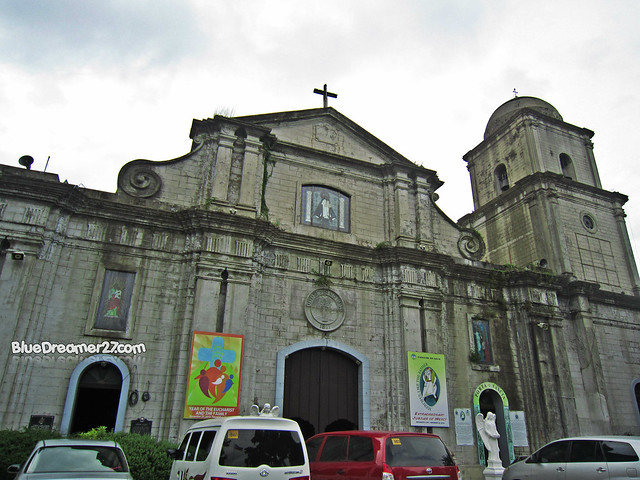 10 Things You Should Not Miss When Visiting The Aguinaldo Shrine 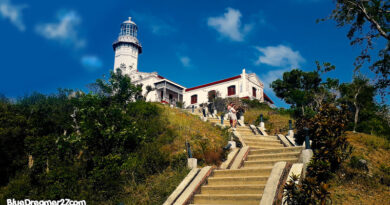