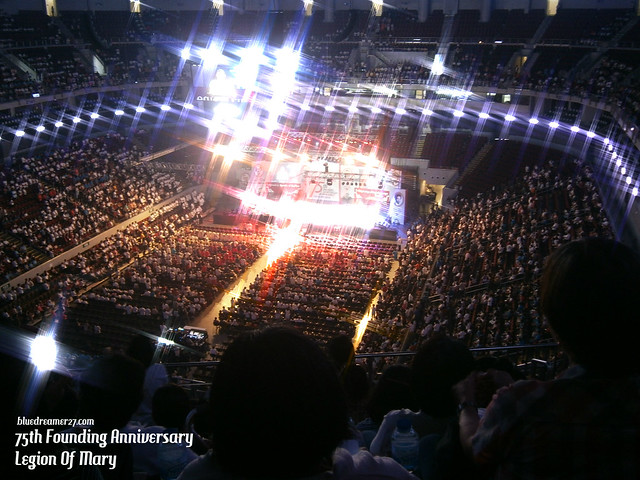 Legion of Mary shines bright like a diamond! Well, I guess that is how I can perfectly describe the recently held 75th Founding Anniversary of Legion of Mary held in MOA Arena. The amount of legionaries who attended the said event was nothing but overwhelming. I wasn’t really expecting to see much but everything went way far beyond my expectations and I am so proud to be part of that grand event! 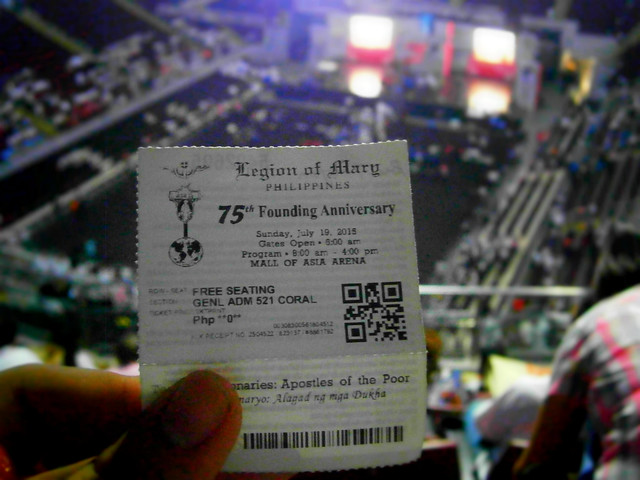 Even though Cavite was not too far from Mall Of Asia Arena, the event will formally start at 8 am so we still had to arrive early considering that there was a “first come first serve” policy with the seating. As soon as we arrived, we were welcomed by a huge crowd of legionaries who arrived there so early. We had a chance to spoke with some Legionaries from different provinces like San Pedro Laguna, Antipolo and more. 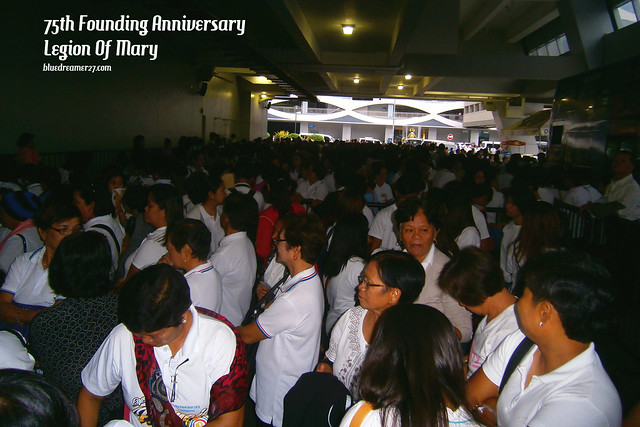 The event started with an indoor procession gracing the image of Our Lady of Peace and Good Voyage , the Patroness of Antipolo, followed by the Opening prayer and the Holy Rosary lead by Rev Msgr Celso J Ditan (Spiritual Director of the Senatus of Northern Philippines). As you can see from the top most image, the Arena was overwhelmingly filled by Legionaries from different parts of the Philippines. There were delegates from Mindanao, Western Visayas, Cebu, Bicolandia, Northern Philippines, Manila and Luzon. Interestingly, there were also delegates from Papua New Guinea and Guam which are both under the supervision of the Senatus of Northern Philippines. There were also visitors from Dublin, Ireland (the place of origin of Legion of Mary). 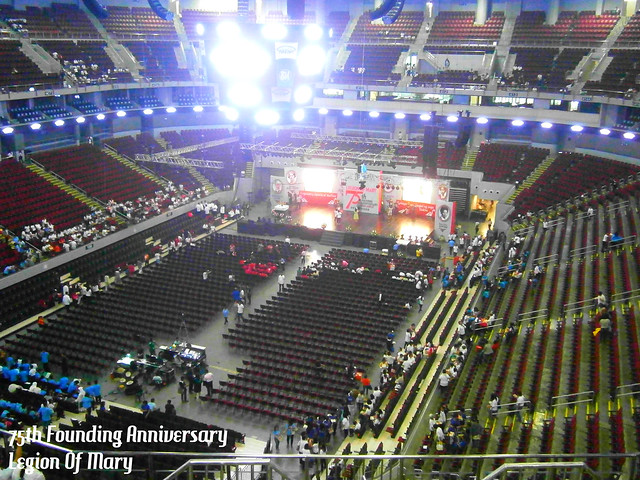 (People Started to gather). The Eucharistic Celebration or the Holy Mass serves as the summit of the event. It was presided by Most Rev Broderick S Pabillo, DD. He tackled the role of Legionaries regarding to proper governance especially that the election is nearly approaching and the corrupt politicians are starting to make their way to deceive people through false promises. After the meaningful Eucharistic Celebration, we were greatly entertained by numerous production numbers from different Senatus from the Philippines. Vigan Commitium graced the stage with their ethnic-inspired dance number followed by an epic performance from Philippine Stagers Foundation. 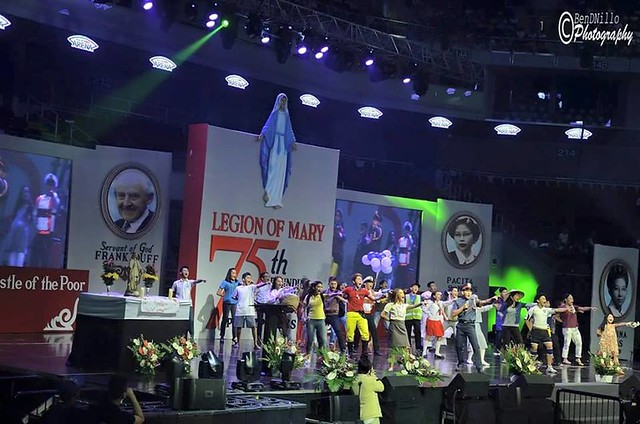 [Photo: Boiet Bulatao]The Philippine Stagers Foundation doing a special number from their Original Filipino Musical entitled “#Pope-Pular“, a musical depicting the life of Pope Francis if ever he is a Filipino. It also feature the inspiring lives of modern day heroes like Joey Velasco, a Pinoy painter; Kristel Mae Padasas, the Pinay volunteer who died after a scaffolding dropped on her; Dr. Edgardo Gomez, a scientist who protects coral reefs; Ronald Gadayan, an honest janitor who returned P18-M cash and jewelry; and PO1 Mark Lory Clemencio, SAF member who was killed in the Mamasapano encounter. (will blog more about this Musical). The representatives from Mindanao and Western Visayas made the stage even more alive and colorful by doing production numbers depicting their well known festivals. 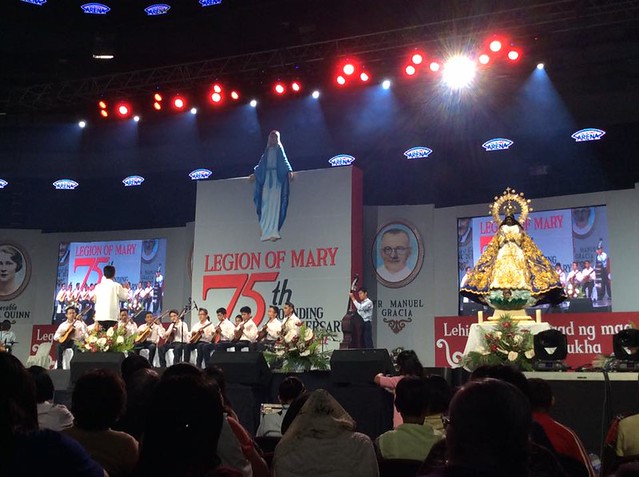 [Photo: Glenn Ricafrente] The Silang Commitium left remarkable performances from their members from Boys and Girls Town of Silang. The girls performed a wonderful and well-synchronized folk dance while the boys wowed the crowd with their Rondalla performance with the music taken from The Phantom of the Opera musical. This is followed by another set of production numbers from the Senatus of Cebu recreating their famous Sinulog; the Northern Philippines features the officers of their Senatus while the Bicolandia graced the stage with their Rigodon performance followed by a witty number from Manila Comitium. The event ends with a live interpretation of the official song for 75th Diamond Jubilee of Legion entitled “Ang Lahat Ng Akin Ay Iyo” (All I have is yours) sang by Lorna Cifra Shimojo and Mel Sorilano. A Pilgrimage to Tarlac : Diocesan Shrine of San Josemaria Escriva in Gerona, Tarlac

11 thoughts on “The 75th Founding Anniversary Of Legion Of Mary, Diamond Jubilee”