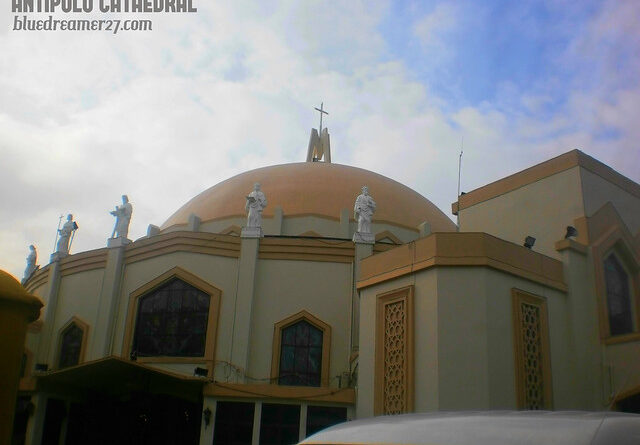 Tadah, after months of not posting anything, I came back with a new entry which should have been posted eight months ago. I just realized that July will be approaching soon and if I didn’t post any of these, all these photos will be useless. One of the much awaited activities that Legion of Mary has is their annual pilgrimage which is usually done every July as part of their Awareness month. The team decided to go to Antipolo and explore the churches in the town. Our first stop, the famous Antipolo Cathedral or the Cathedral of the Immaculate Conception of Antipolo, a Roman Catholic Church that enshrines image of Our Lady of Peace and Good Voyage. 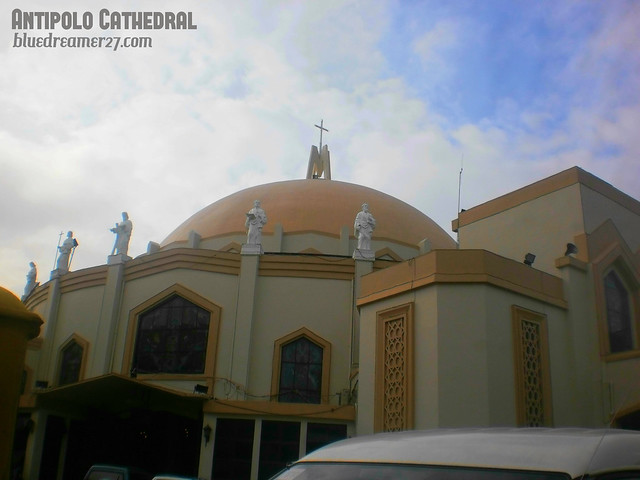 The Cathedral’s Facade from the Northwest 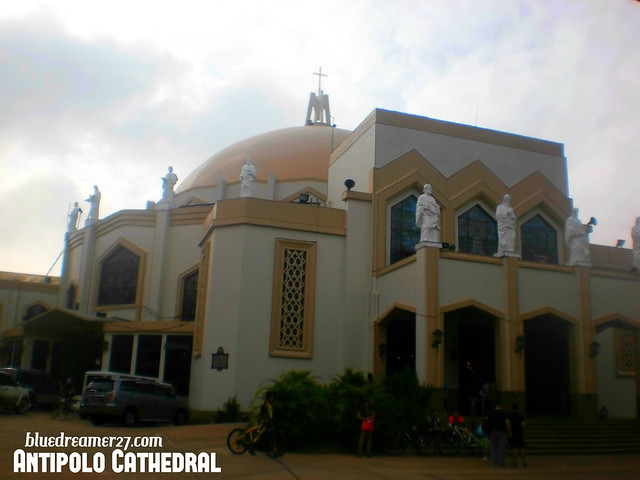 Interestingly, according to the history, the church was truly meant to house the image of the Our Lady of Peace and Good Voyage but initially planned to be built on a different location.  However, they current’s location was very significant as this is the place where they found the image after mysteriously vanishing several times. 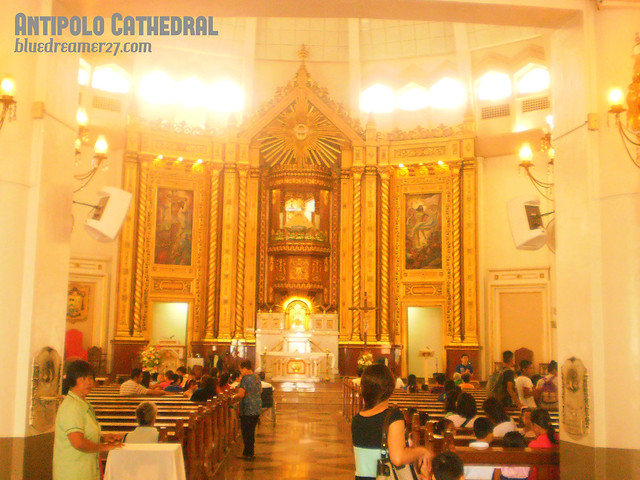 The Cathedral’s Nave. There were stained glass windows almost everywhere, above the main doors, the dome and more. 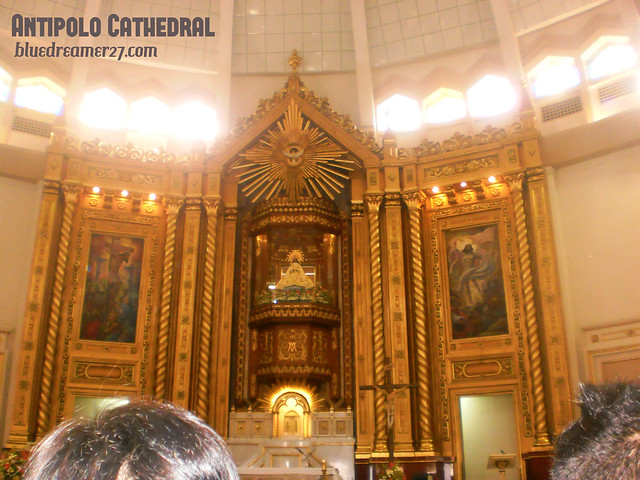 The high altar of the Cathedral enshrining the image of Nuestra Señora de la Paz y Buen Viaje or Our Lady of Peace and Good Voyage. 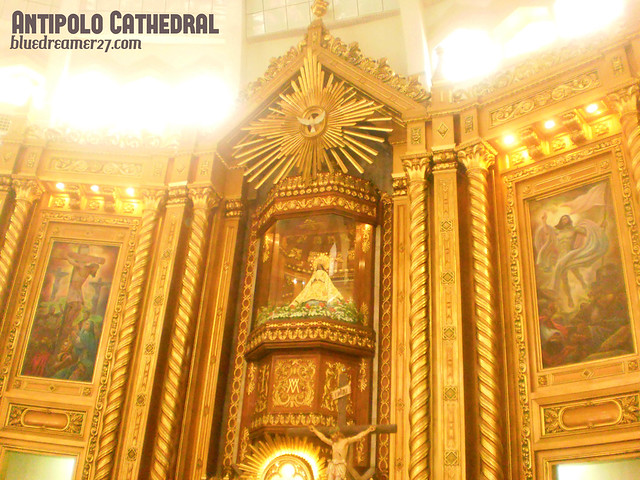 A closer shot of the altar. 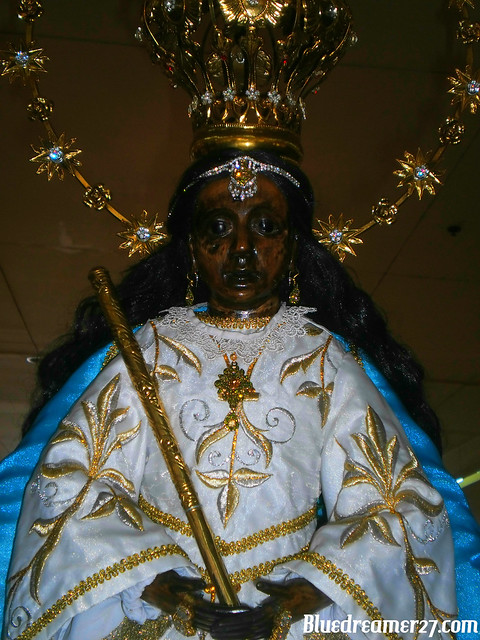 Here’s a closer image of the Our Lady of Peace and Good Voyage as shown in the recently held Mary and The Popes Exhibit in MOA. 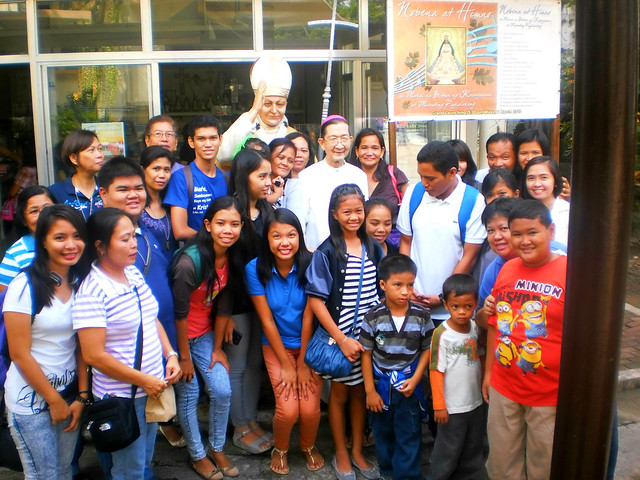 At the back of the cathedral is a separate building to shop for souvenirs and other religious memorabilia including some replica of the Our Lady of Peace and Good Voyage and our team was lucky enough to take a picture with the Most Rev. Gabriel Reyes. At the other side of the church is a small museum showcasing different relics and memorabilia, 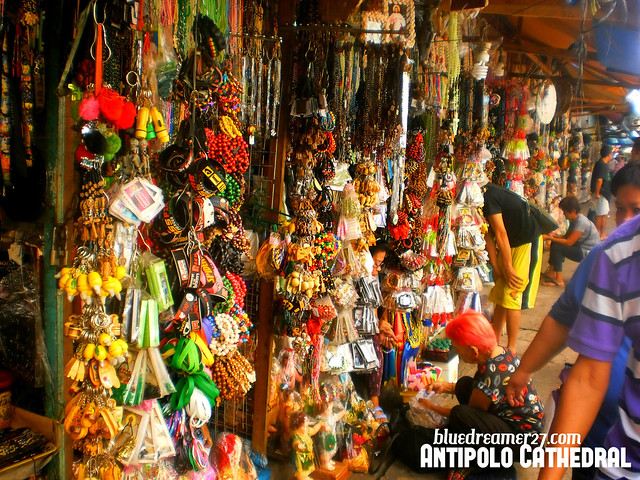 Speaking of Souvenirs, you will have a wide range of option from bracelets, necklace to different replicas outside the church. 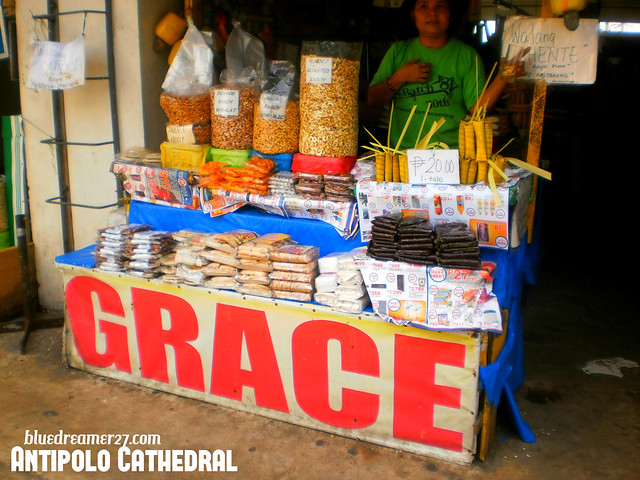 Also, you should not miss buying any of Antipolo’s sweet delicacies , the Suman, cashews and more. After touring around and taking as many pictures as possible, we headed to another church in Antipolo, The Transfiguration of Jesus Church! 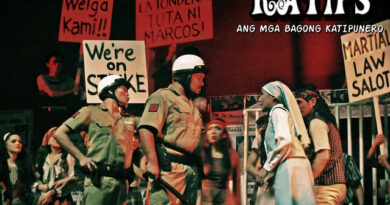 A Day Trip In Tanay : The Regina RICA 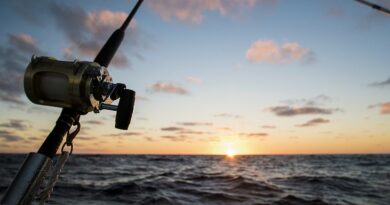