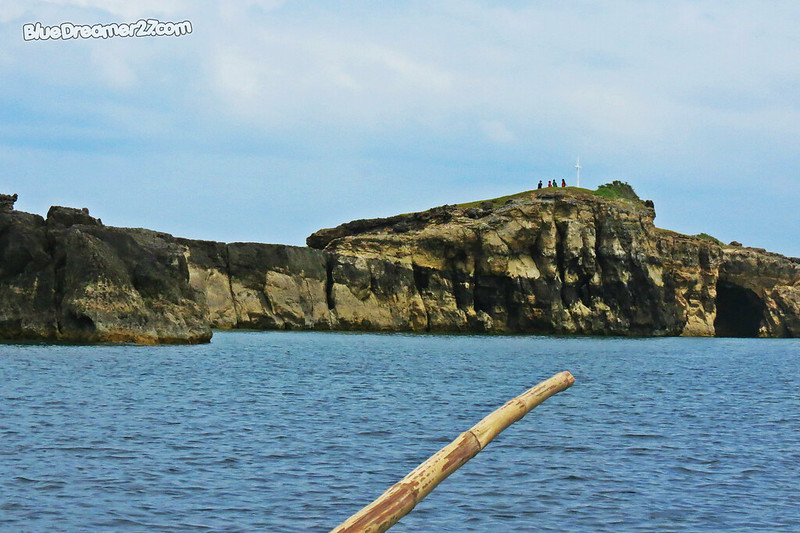 While on our way to Animasola, we passed by this Island which really took my attention. Unlike the Snake Island (Check: Islang Dapa / Snake Island) and the Sombrero Island, this one has no sandy shore but it has distinctive feature that makes this island quite special ~ it has underground caves! Too bad the island is not really part of our itinerary but I tried my best to get some decent shots of this interesting island in Burias. Thanks to the tourism personal who gave us a brochure about San Pascual, I learned that the island is known as Iniwaran 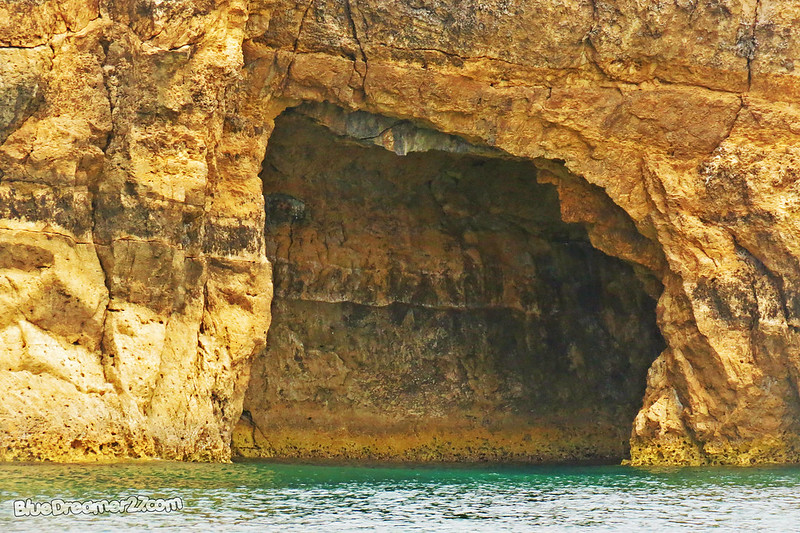 As you can see, these underground caves are passable and according to the info guide, the cave is filled with astounding amount of stalagmites, stalactites and pillars inside. If we already knew the details about this island, we could have included it on our itinerary. Underground cave exploration sounds really thrilling to me! 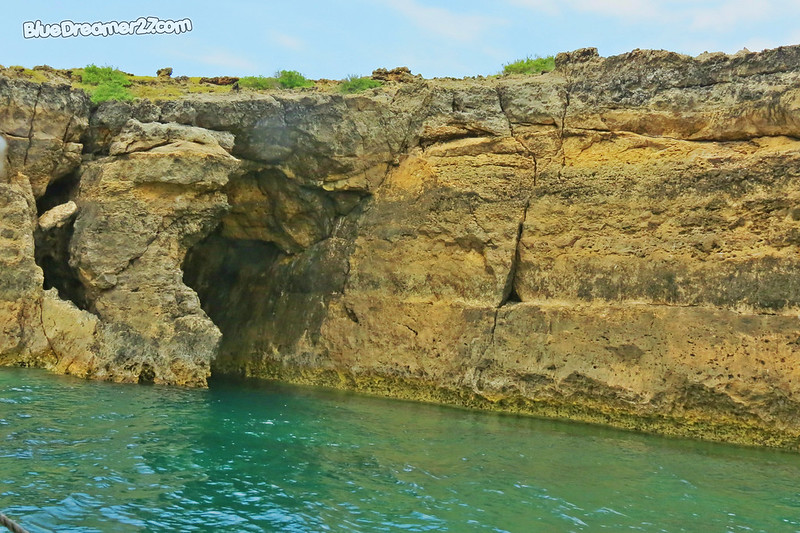 They also said that the cave is also inhabited by bats, a variety of reptile species (they’re probably referring to snakes .. yikes) and birds. I was also surprised when I found out that there is a Barangay in this Island. It’s probably located on the other side. 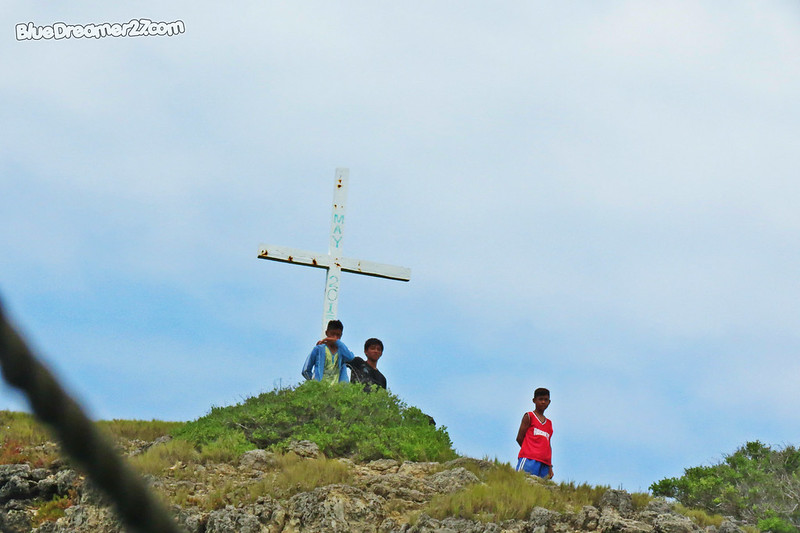 Another thing that took my attention in this island is that white cross on top. Just like the Islang Dapa, Iniwaran Island is also known by another name, the island is also called as the Templo Island. However, upon checking the Map, it points me to a bigger island. I can’t find any details about the Iniwaran either. 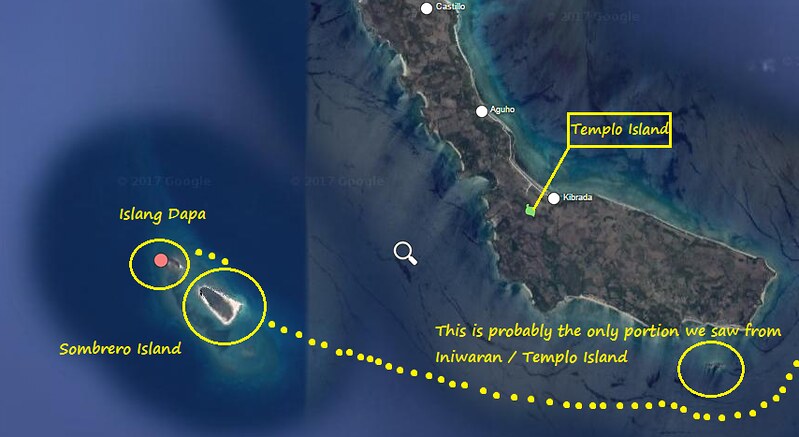 So I came into conclusion that the islet that we saw is probably a portion of Iniwaran / Templo Island where the famous Iniwaran caves are located. 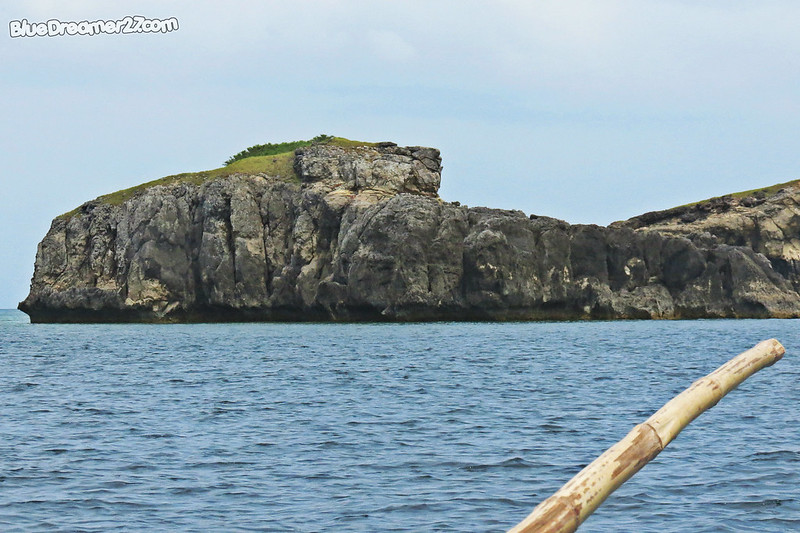 Iniwaran is also popular among thrill-seekers. The deep water surrounding this islet makes Iniwaran a perfect cliff diving spot. It is not a “pabebe” cliff dive though because the cliff is about 20 ft high and if you think you have the guts to do such insane dive, well good for you haha. 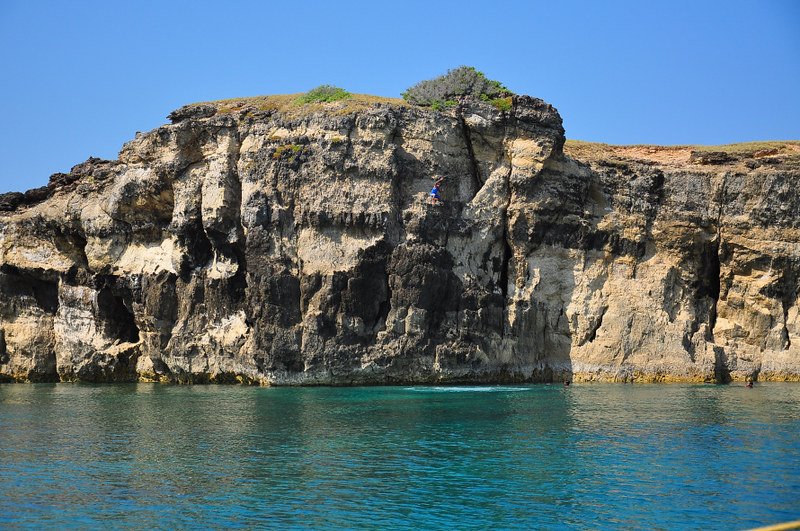 Photo Credit : Brahmineyes.wordpress.com
I just came across this picture with a brave guy jumping off from that freaking 20 ft high cliff! Wow, I don’t think I have enough courage to do such! 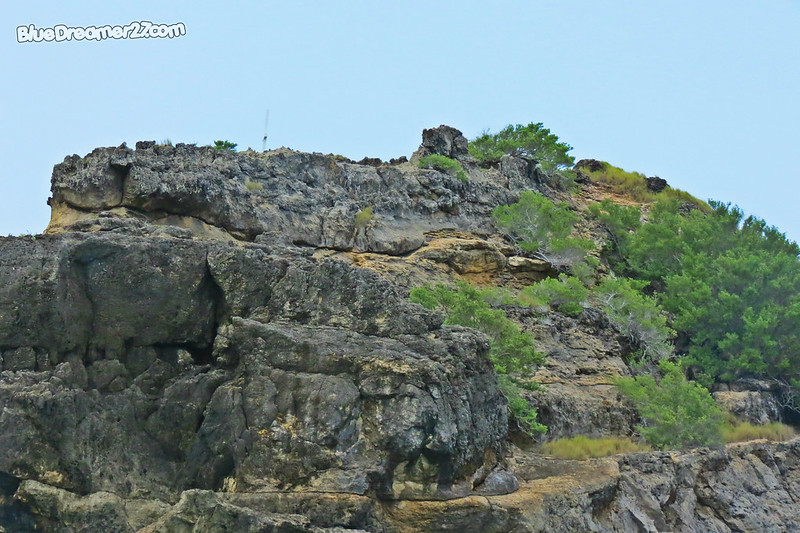 It could have been a much thrilling journey if we included this island in our itinerary but I will definitely include this island in my next visit to Burias! 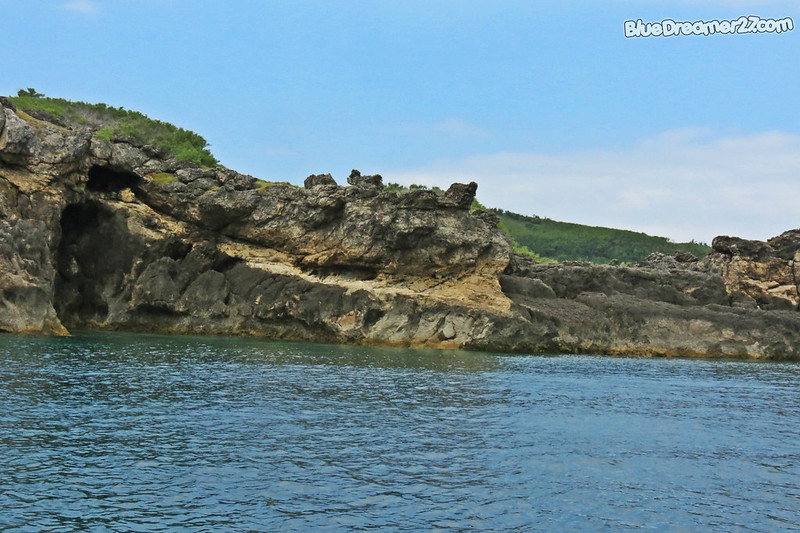 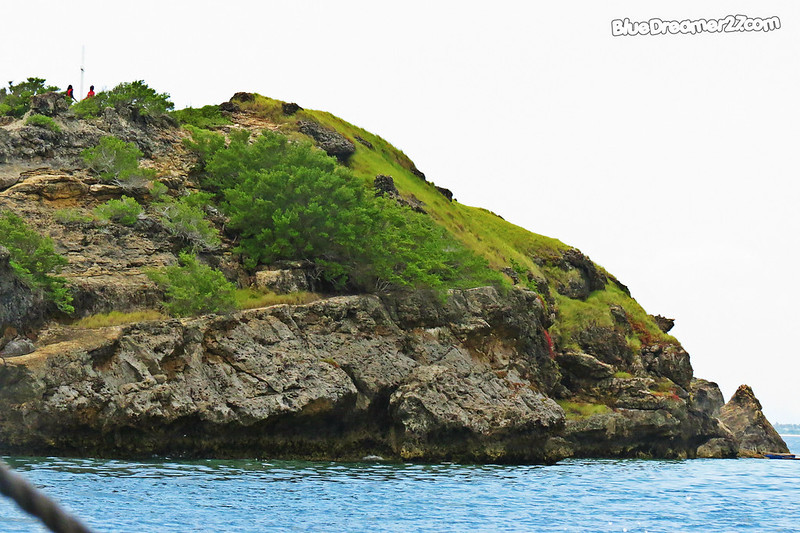 How to Get to Burias Island
►This tour was actually hosted by a travel agency so we didn’t need to do anything as the driver will do the rest of the job going to Burias but if you are planning to go here via public transportation, here are the details you should know.
►If you are going to take the Port of San Andres , Quezon, the Superlines buses have direct trips to San Andres (via Unisan) (check the schedules of their trips here). Once you get to the town proper of San Andres, you need to ride a tricycle and ask the driver to take you to the San Andres Port. From there, you can charter a boat for your island hopping tour. As far as I know, the boat can be rented for 7,000 and above (depends on the number of islands you want to visit and also the number of days you want to stay). The amount is good for at least 10 pax

Where To Stay in Burias
►We stayed for a night in Sombrero Island island. The place is ideal enough to accommodate many tourists. There are decent open and closed type cottages in the island and as well as resto and stores. They also have clean comfort rooms and electricity in the island. Cellphone have signals too!
►If you are looking for Hotels in Masbate, you can check the suggested list here 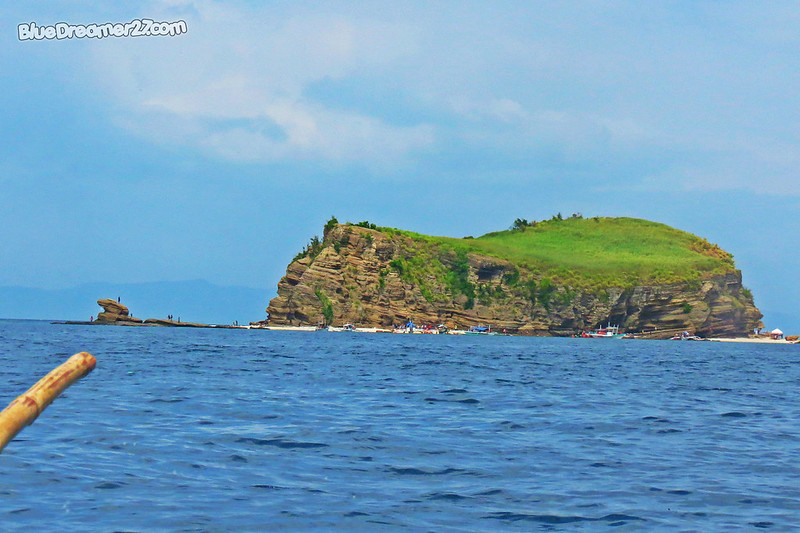 After a long boat ride from Sombrero Island, we finally spotted our next island destination, the Anima Sola Island! I’ll share more about this interesting island and its impressive rock formations in my next #IslandHoppingInBurias entry.

12 thoughts on “Island Hopping In Burias : A Glimpse Of Iniwaran Island / Templo Island”

Are you a frequent traveler? A weekend warrior? A person who has a love and passion to explore new places? For many of us, traveling has become an effective way

After a quick visit to Antipolo Cathedral, we all went to one of Antipolo’s top tourist destination, the famous Hinulugang Taktak Falls. Located in Brgy. Dela Paz Antipolo City lies a