We are very much aware with Marvel Cinematic Universe‘ s formula when it comes to their movies. Incorporating their intense and action packed sequences with a pinch of hilarious punchlines and comedy. With Thor: Ragnarok, however, it seems like they manage to bring the hilariousness to another level! There was never a dull moment in the new Thor Movie and it’s either you will be amazed by their visually striking action sequences or you will be amused by their crazy funny moments.

Thor: Ragnarok follows Thor’s journey two years after the Battle of Sokovia. Accompanied by his mischievous brother Loki (Tom Hiddleston), they went back to earth only to discover that their father Odin (Anthony Hopkins) is nearly dying.  This eventually led to a bigger threat as Odin’s death resulted to the inadvertent release of his first born and the goddess of Death ~ Hela (played by Cate Blanchett). Now Thor will set himself into another journey to defeat Hela despite the lost of his Hammer but unexpected things happened when he accidentally landed on the planet of Sakaar where he met the Hulk (Mark Ruffallo) and the bounty hunter and a former member of Odin’s elite troop ~ Valkyrie (Tessa Thompson). They decided to form a group which Thor named as “Revengers“.  Now they have to find ways on how to escape the alien planet and save Asgard from Hela.

Photo Credit: Marvel Studios
When Loki becomes Low-Key
It is very interesting to see the villainous Loki, the God of Mischief that we saw from the first Thor movie drastically evolved to a seemingly less-threatening and surprisingly funny and sarcastic character. Although he remains mischievous, the Loki that you are about to see in this movie is different on how he was depicted from the previous film. We will witness the softer and funny side of Loki in this film which makes his character even more likeable. That epic Hulk smash possibly changed him at some point (and yes, the film will make reference on that scene in a more hilarious way) 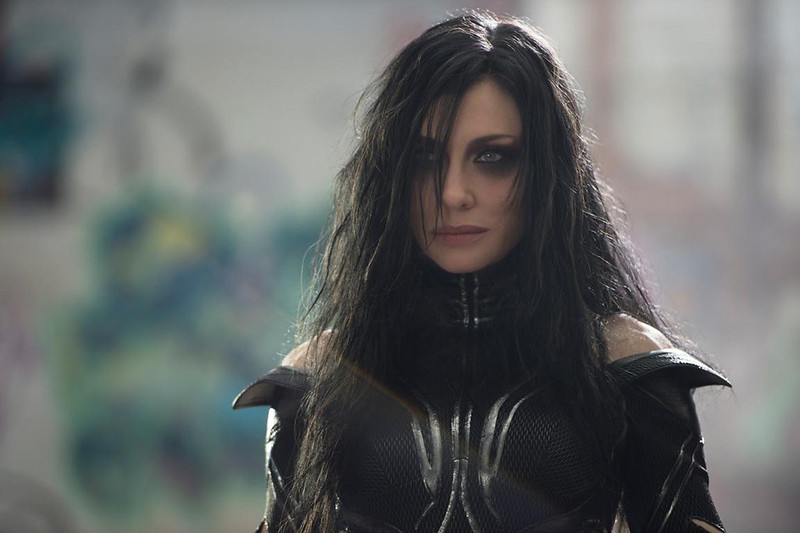 Photo Credit: Marvel Studios
One Hela-f a Villain
There’s a lot of great things about Hela. First, she is being portrayed cleverly by the beautiful Cate Blanchett who seemingly defies age and secondly, Hela is considered as the first ever female villain in Marvel Cinematic Universe! She is definitely not your typical villain because apart from being strong and skilled, Hela is surprisingly funny. It was so unexpected to see her throwing some hilarious punchlines in this film yet she still manage to give that strong personality making her a worthy villain. My god, she is the only one who managed to destroy Thor’s Hammer single-handedly!

Photo Credit: Marvel Studios
Hulk With Attitude
Finally! We will get the answer about Hulk’s whereabouts. We missed him in Civil War and we’re clueless on where this green giant went after that epic Battle of Sokovia in Avengers: Age of Ultron. It turns out, Hulk and the Quinjet landed on the planet of Sakaar where he oddly finds a new career and success! He became a gladiator and an Icon in Sakaar headed by the Grandmaster (Jeff Goldblum) and he stayed being the Hulk (with attitude) for two consecutive years! 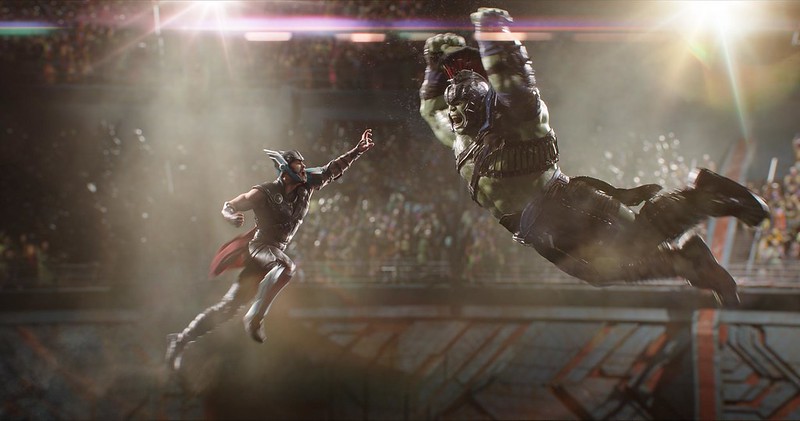 Photo Credit: Marvel Studios
Epic Hulk Vs Thor Battle in Sakaar
Possibly one of the most epic action sequences in this film is the battle between Thor and Hulk in the arena. It had a hilarious introduction but ended up in a serious battle. I don’t want to spoil much about their battle and how it ended but one thing is for sure, they both showcased the best of their skills which only proved how really worthy they are to become a member of Avengers.

Overall, Thor: Ragnarok is undeniably one of the most hilarious movies in Marvel Cinematic universe. It’s like 60 percent of the film were dedicated to comedy and the remaining ones are for the action. Every character is seemingly a comic relief and you cannot even tell where and when the hilarious punchlines will be thrown. Director Taika Waititi nailed every moments in this film and make it even more enjoyable to watch. He is also the voice behind one of the additional (and one of the most hilarious) characters in the movie ~ Korg (the soft-spoken rocky gladiator).

The film may not offer the same impact like that epic battle in Sokovia or that action packed airport clash of superheroes in Captain America : Civil War in terms of action and intensity but this film is absolutely fun and entertaining. Thor has never been so likeable until this film! There are too many funny scenes in this movie that you just don’t want to miss out! Also, be mindful that there are two post credit scenes in the movie and one of them could possibly hint us for the upcoming Avengers Infinity War!

Thor: Ragnarok is directed by Taika Waititi and is now showing on theaters! Chris Hemsworth will reprise his role as Thor as well as Tom Hiddleston as Loki. They are joined by Cate Blanchett, Idris Elba, Jeff Goldblum, Tessa Thompson and Karl Urban, with Mark Ruffalo and Anthony Hopkins.

PS: Stan Lee will make an epic cameo in this movie!

Feel free to watch the trailer below:

Great News! Tom Holland, our friendly Spidey was recently announced by  Fox Animation, Chernin Entertainment and Blue Sky Studios will lend his voice to portray a nerdy spy in an upcoming

There has been ongoing argument whether Taylor Swift is considered as Country singer or Pop Singer. They said that Taylor started her career as a teen country singer from her