A Pilgrimage to Tarlac : Diocesan Shrine of San Josemaria Escriva in Gerona, Tarlac

After our quick visit to Tarlac Cathedral (Check : A Pilgrimage to Tarlac : San Sebastian Cathedral), we headed next to our fifth destination. We went to an interesting church in Gerona, Tarlac dedicated to a newly canonized Saint, San Josemaria Escriva. The church’s brown and gold color scheme is something cannot go unnoticed. 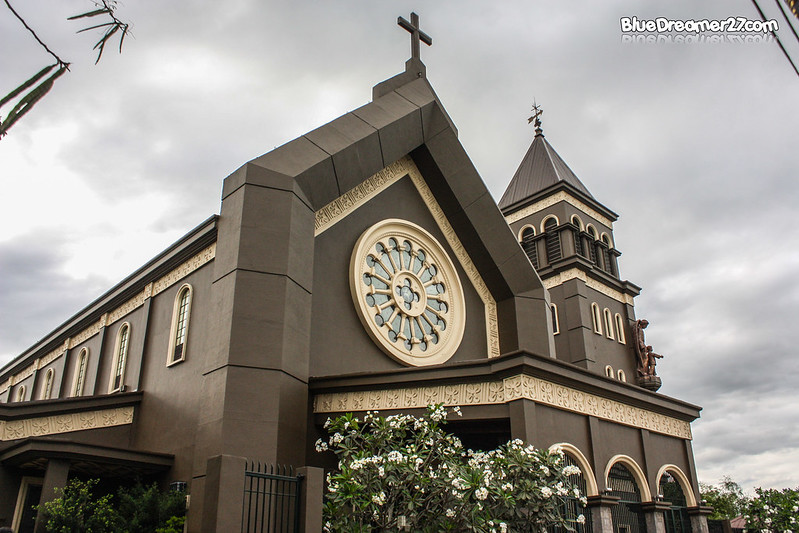 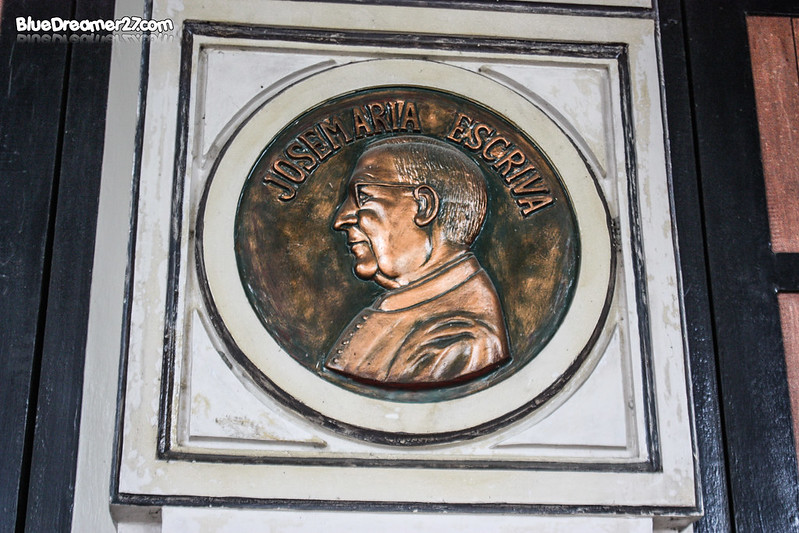 Who is Josemaria Escriva

Josemaria Escriva is a priest from Spain who initiated the Opus Dei, an organization of laypeople and priests dedicated to the teaching that everyone is called to holiness by God and that ordinary life can result in sanctity. Escriva was canonized by Pope John Paul II on 6 October 2002 in St. Peter’s Square in the Vatican. Interestingly, the Diocesan Shrine of San Josemaria Escriva in Gerona Tarlac houses a first class relic from the saint, his tooth. The relic can be found enshrined in the baptistery. 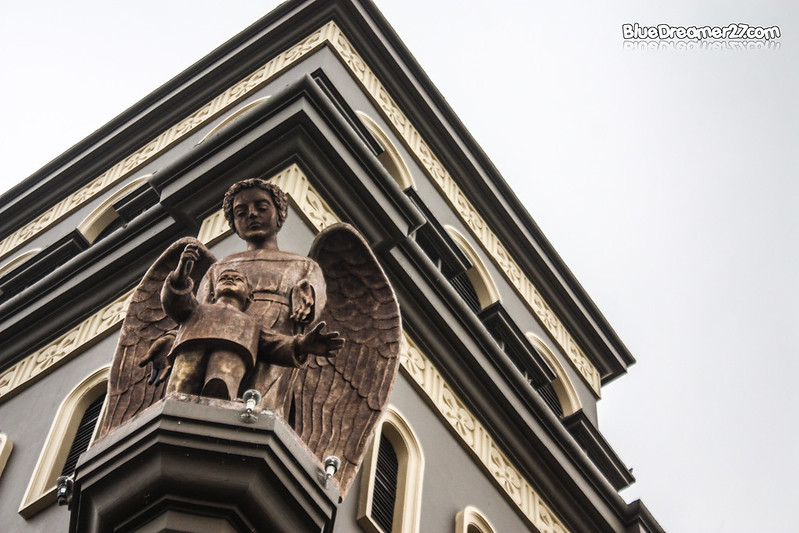 One of the most notable features of the church’s exterior is the huge bronze statue of a Guardian Angel standing at the corner of the bell tower. Saint Josemaria Escriva is said to have a strong devotion to guardian angels. The statue was designed by Professor Noel Escultura from UST. 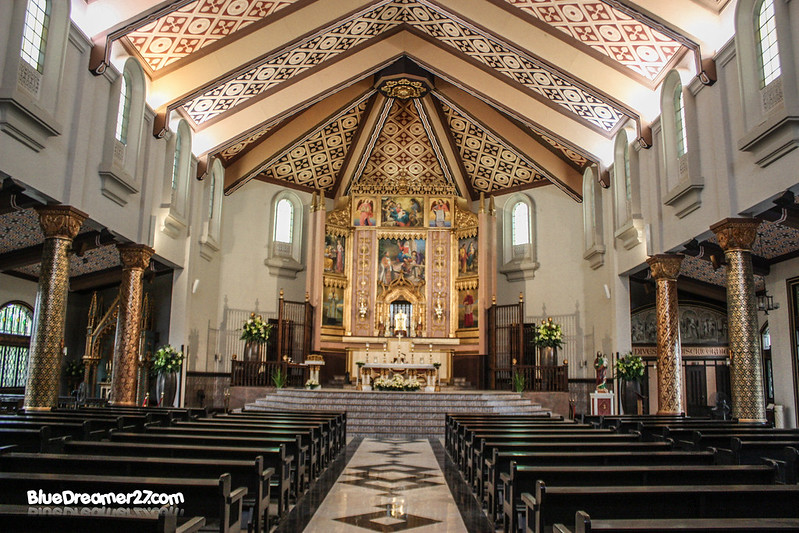 The interior of the church is even more fascinating. We were all welcomed by a stunning design where everything from one corner to another were intricately presented. Father Alex Bautista who is also apparently a former architect designed the whole church. The wonderfully designed ceiling was hand painted by the local artists from Bicol as well as the walls and the pillars. 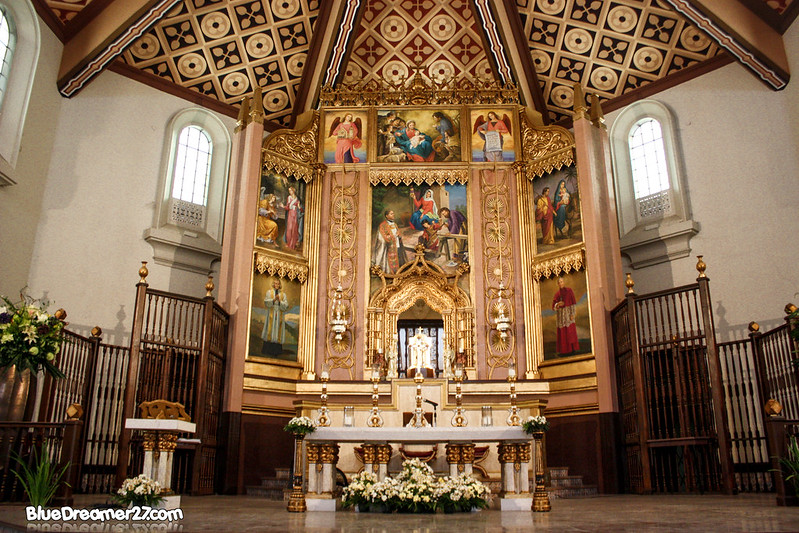 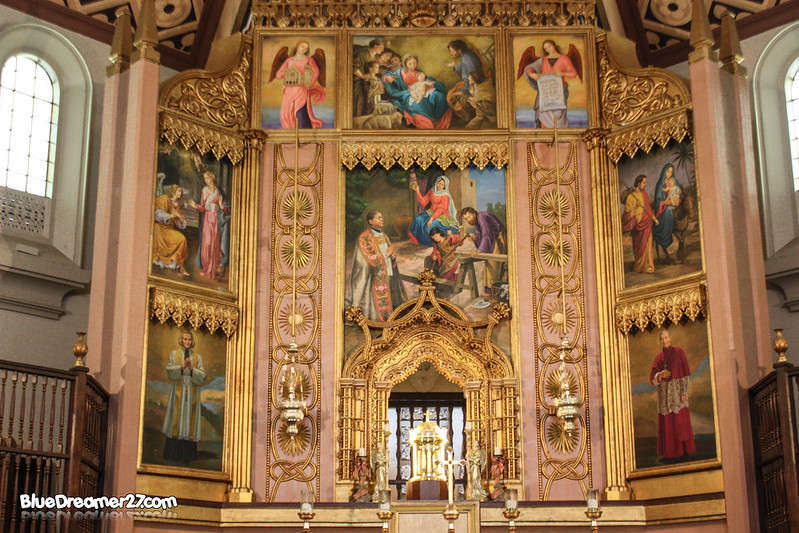 The paintings depict images of Saint Josemaria Escriva and other notable events in the bible. 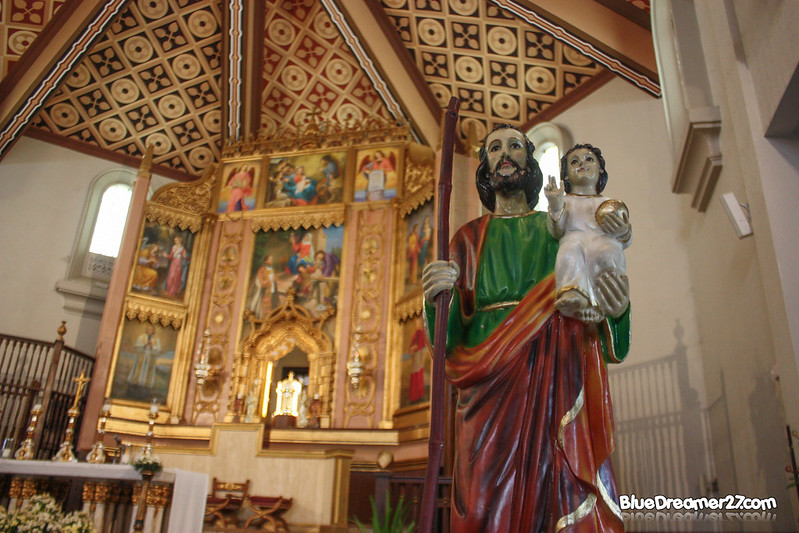 The statue of Saint Joseph near the altar. 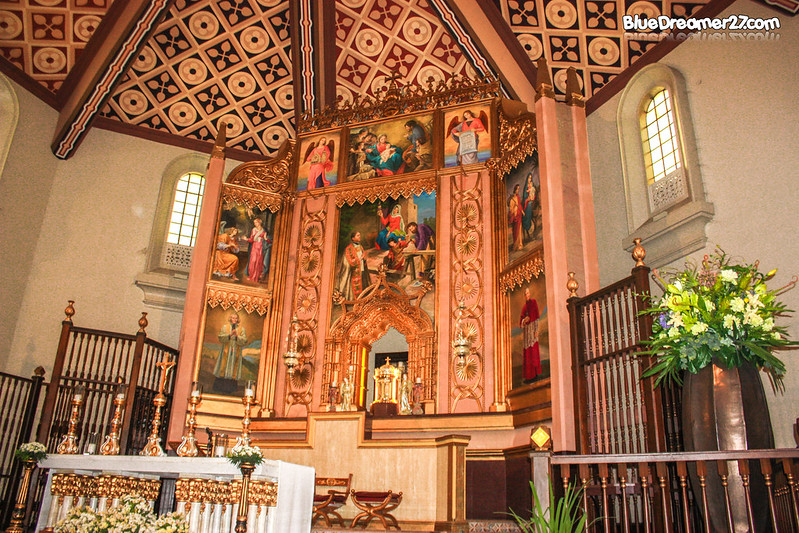 Another glimpse of the stunning altar from a different angle. 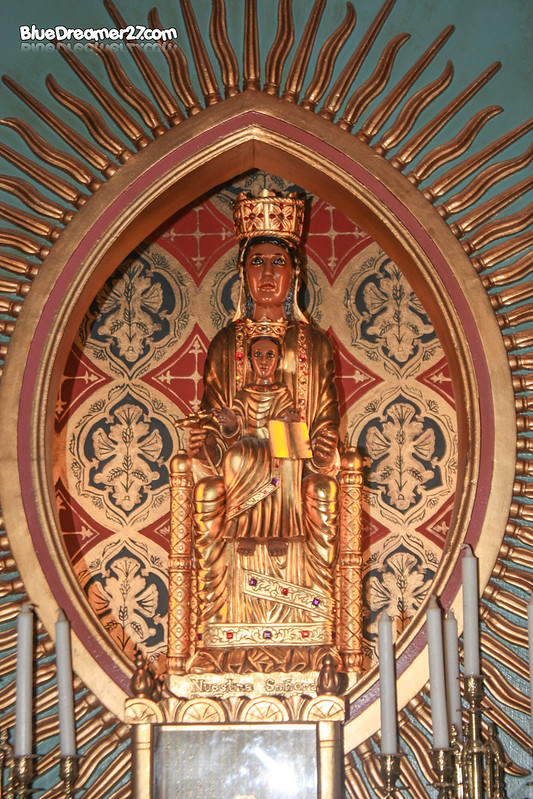 In one of the sanctuaries, you’ll find an image of Nuestra Señora De Torrecuidad (Our Lady of Torrecuidad). Torreciudad is the name of a Marian Shrine in Aragon, Spain built by San Josemaria Escriva.

Interestingly, the Shrine also offers a drive-thru visit where visitors can drive by the back of the church – where a sensor activates the lights on the altar – and then pray and view the Blessed Sacrament.

1 thought on “A Pilgrimage to Tarlac : Diocesan Shrine of San Josemaria Escriva in Gerona, Tarlac”

The fastest growing and the leading Online Travel Agency (OTA), Travelbook.PH celebrated the first year anniversary of their Blogger Affiliate Program with a great blast! The event was held at Oakwood

The annual two-week long celebration was extended into a month-long veneration to the miraculous image of Our Lady of Solitude of Porta Vaga in Cavite City.This year’s celebration coincides with

After our small snack at Aguinaldo Shrine, we decided to have our lunch in Chowking at SM Bacoor. I just actually wanted to try their new Milky White Halo-halo that