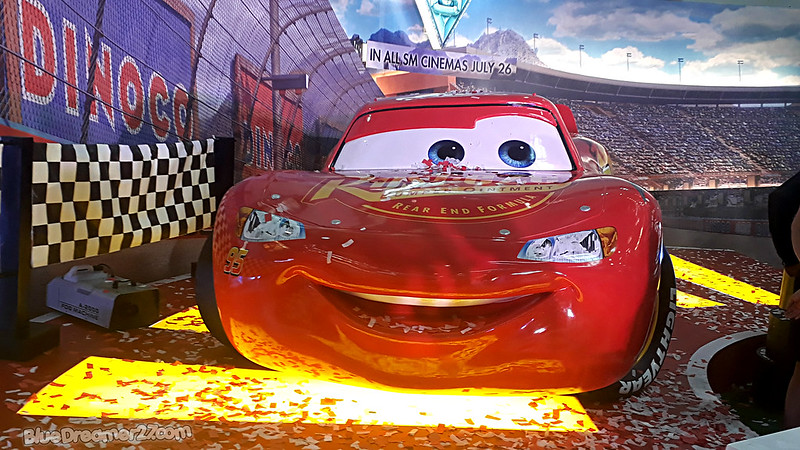 Cars 3 is about to hit the theaters and everyone is so excited to see Lightning McQueen back on the big screen after 6 years since the last installment. Cars 3 will follow the story of our beloved Lightning McQueen as he face possibly the most challenging opponent he ever met who will threaten his career as a racing champ. The slightly aging Mcqueen had to deal with a rookie Jackson Storm who is designed to be more aesthetically and mechanically impressive than the old-time racers.

With his racing career , now hanging by a thread, Mcqueen will try his best to bring back his former glory and put himself back on the track. Thanks to his new-found trainer Cruz Ramirez, he is now set to break the boundaries and bring his performance to an all new level. Little did he know, he will discover something else that will eventually change his path. Is it really time for McQueen to retire? Will he manage to find ways to defeat Jackson Storm? Are we expecting to see a brand new McQueen? Well, I am not going to spoil much about the movie but you might wanna read my recent post ~ The Five Valuable Lessons  You Will Learn from CARS 3 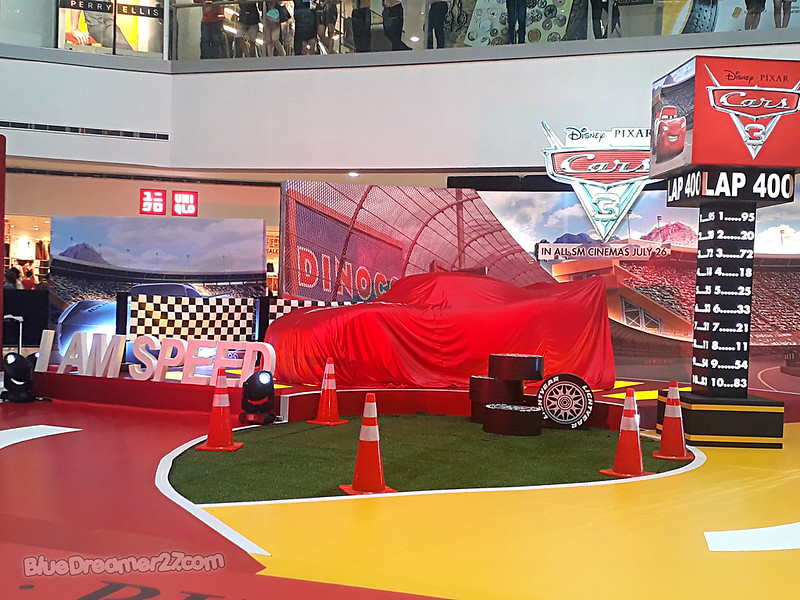 Last Wednesday (July 19,2017), I was lucky enough to be invited to witness the first ever unveiling of a life-size replica of our beloved Lightning McQueen in SM North EDSA (The Block Atrium). Of course, this is part of the promotion of the upcoming movie ~ CARS 3 which will hit the cinemas tomorros (July 26, 2017). What makes this event even more special is the fact that they invited a celebrity guest to unveil the replica. Matteo Guidicelli lead the unveiling of Lightning McQueen replica. Just in case you didn’t know, before conquering the tv screen, the heartthrob Guidicelli started his career as a professional Karting driver. He started such career at the age of 11 and has won numerous awards including being a three-time winner of the Karter of the Year award. Matteo also shared how much he can relate with the film which he considered himself a big fan. 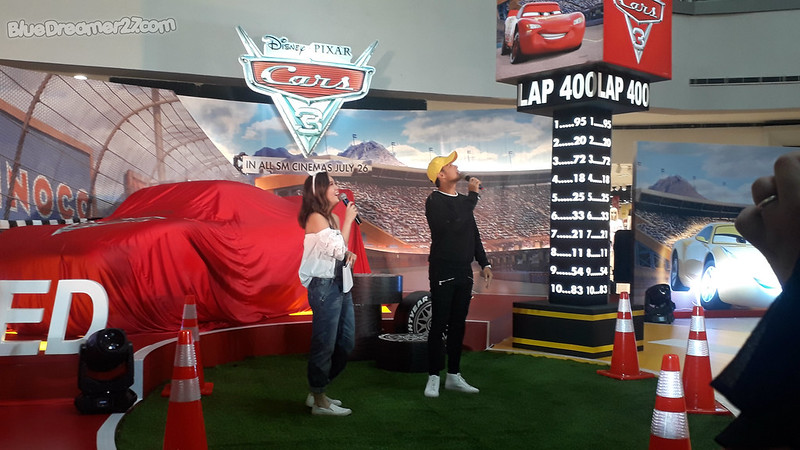 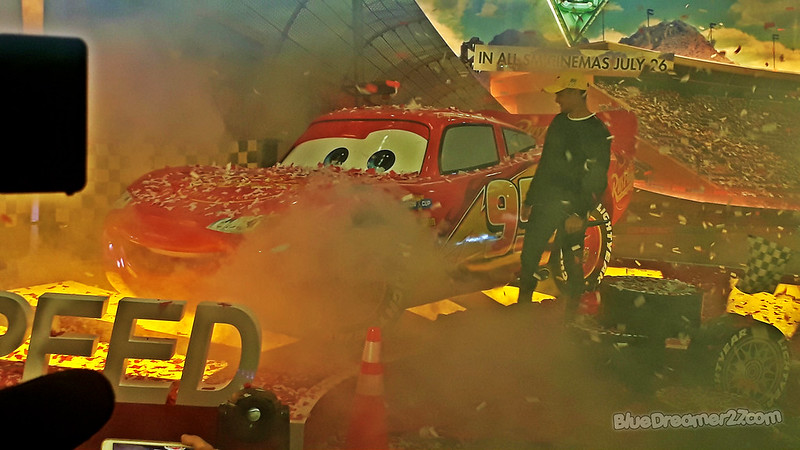 The Block Atrium suddenly turned into a race truck! The intricately designed stage were accompanied by exclusive booths showcasing different CARS merchandise items brought by Toy Kingdom and Mattel. They showed us some of the newest CARS toys which are not just ideal for kids but also for the kids at heart. These merchandise items include a remote control scaled version of McQueen, miniature diecast toy cars and more. We also spotted that striking Ultimate Lightning McQueen  remote control car by Sphero. 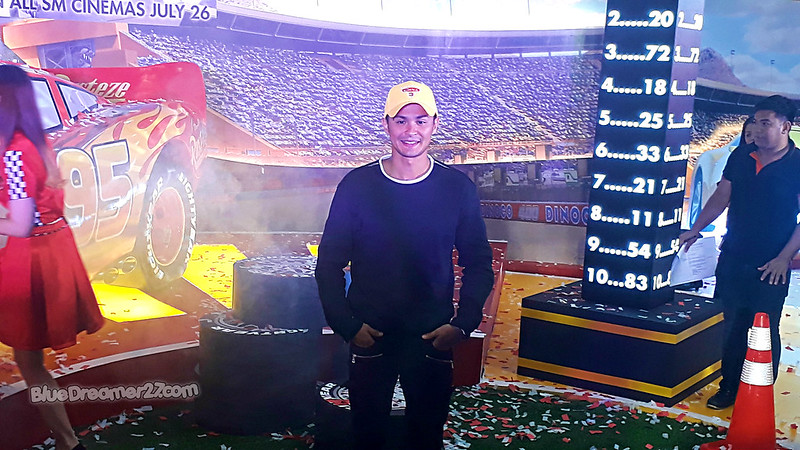 The life-size Lightning McQueen replica actually reminds me of the same replica we’ve seen in Yexel’s Toy Museum in Las Piñas last year but I have heard that the museum in Las Piñas is no longer open to public. In case you missed the unveiling, the replica will still be displayed in SM North EDSA til July 26th. 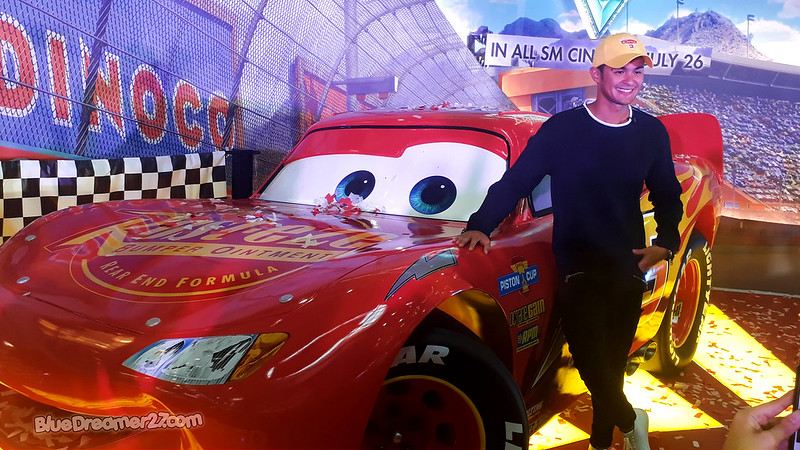 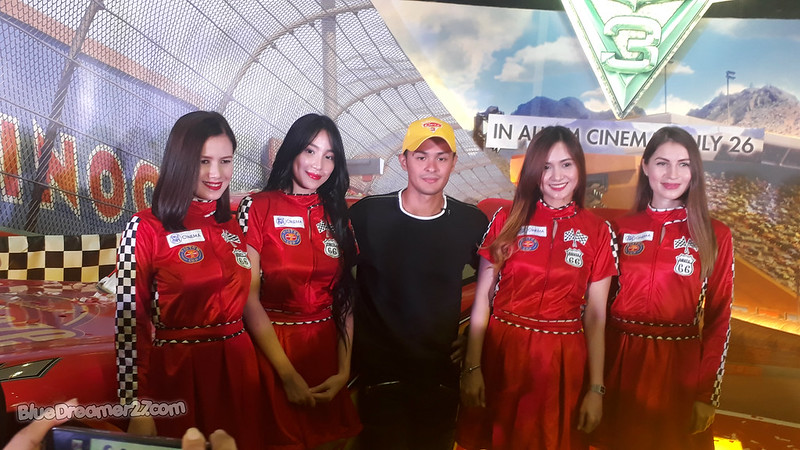 Just in case you missed the date again, don’t worry, the replica will stop by at these following malls on certain dates indicated below 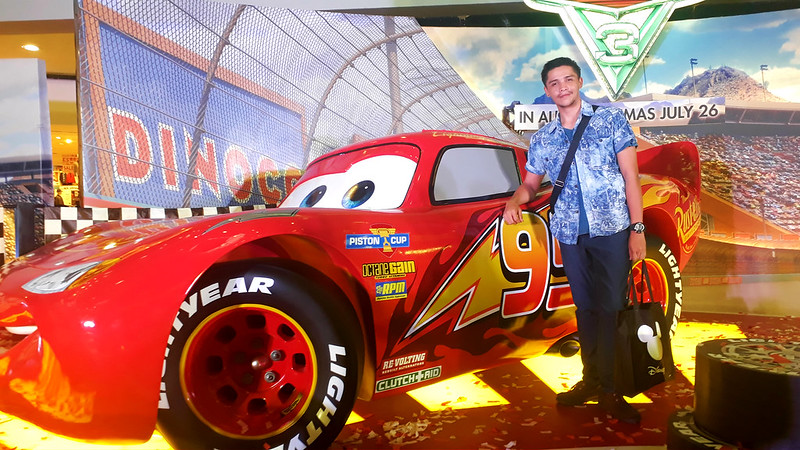 2014 was such a blast for me and my family and we are grateful for everything and for the blessings we received for this whole year. It was also a

ToyCon 2017 concluded last Sunday with a blast! This was my second time to attend such convention and it never failed to bring the inner geeky kid in me! ToyCon is

Manila Cathedral (Minor Basilica of the Immaculate Conception) is currently hosting an ecclesiastical exhibit known as the Pasion Y Gloria. The exhibit will showcase different Filipino Religious images that are