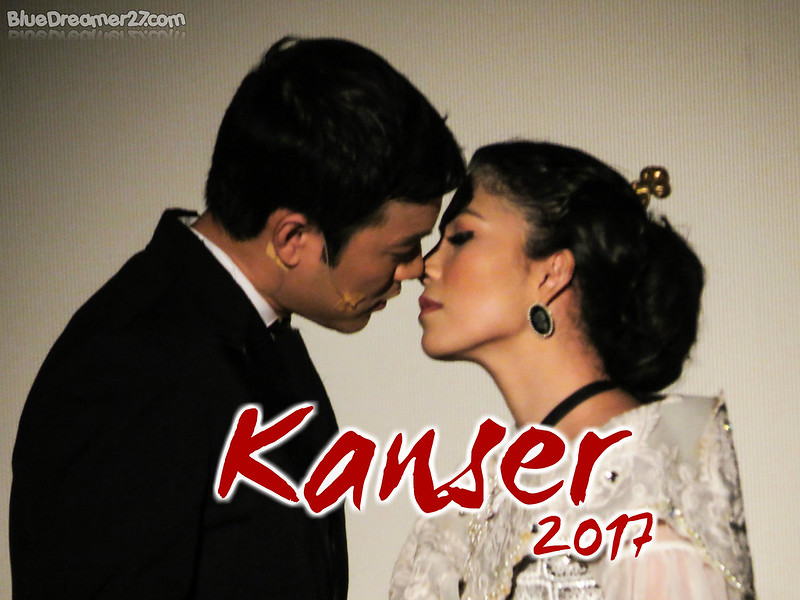 Over a hundred years ago, Jose Rizal wrote a novel that features more than just a tale of two lovers and their tragic fate but more of a story that reflects the reality. A story that has become an eye opener to every Filipino of the kind of situation they were in during the Spanish regime. The story that inflamed their hearts and ignite their sense of nationalism which eventually ended to a revolution which has become a key to achieve our freedom. Through Noli Me Tangere, Rizal managed to sketch out the actual condition of our country and that we are suffering from what we called the Social Cancer.

The characters in the novel have become a symbol of many things that reflects both pessimism and darkness which painted a picture that shows how infectious this cancer can be. This social cancer is malignant and viral and worst, Filipinos are not even aware of it and before they found out, the damage has already been done. Interestingly, despite of the fact that Noli Me Tangere was written over a century ago, the story and the message that it implies is still relevant today. Yes , we are now an independent country and we managed to free ourselves from the colonization yet this seemingly incurable cancer is still present in our society which is now manifested in different forms.

Extra Judicial killings? Corruption? Drugs? Abortion? Poverty? Don’t get me wrong, I am not trying to be political here but these are the issues our country is facing today. These are the issues that killed many innocent lives and destroyed many families yet the government is still blinded by their power. Now that we are all embracing the modern age and millennials used to engage themselves in so many innovative things, how Noli Me Tangere and El Filibusterismo can leave the same impact the way they did during the Spanish period? Despite Noli and El Fili have become an obligatory subject in high school, how can they offer the same effectiveness knowing that millennials are more attached to other things and forms of media especially those that can be accessed through internet?

Gantimpala Theater Foundation has remained faithful in their goal not just to bring this popular and classic novels on stage but also to effectively deliver the message that these novels try to imply through visualized interpretations. Kanser, hailed to be one of the longest running stage plays in the country, never failed to deliver the right passion and dedication to its audience. A play that is merely inspired from the classic Noli Me Tangere will bring all the famous characters from the novel back to life but in a more refreshing and more relevant approach. The play is written by Jomar Fleras who managed to build an impressive story that will embrace both classical and modern interpretation of the novel while making it more relevant to the younger audiences.

Kanser 2017 : The Novel offers a vast of interesting changes compare to what they had last year. It is directed by the veteran and one of  the in-house directors of Gantimpala Theater Foundation Frannie Zamora. Packed with a refreshing cast of talented actors, the show managed to give the classic novel a justice it deserves. I personally enjoyed the casts this year as they all managed to portray their roles in a powerful and effective way. I also love how the play managed to establish a connection to its millennial viewers while providing some kind of entertainment and comical relief from time to time.

I know we are all familiar with the story but just to give you a quick recap, Kanser follows a story of Crisostomo Ibarra who returned in the Philippines after seven years. His arrival reunited him with his childhood sweetheart Maria Clara who eventually became his fiancé . The story didn’t end there as Ibarra soon discovered some heartbreaking revelation about his father’s death. He learned that Padre Damaso is the one behind it but instead of planning to revenge he instead carried through his father’s plan of putting up a school, since he believed education would pave the way to his country’s progress but his plans were changed when a stranger named Elias warned him that someone is trying to assassinate him.And we all know how the story tragically concludes. 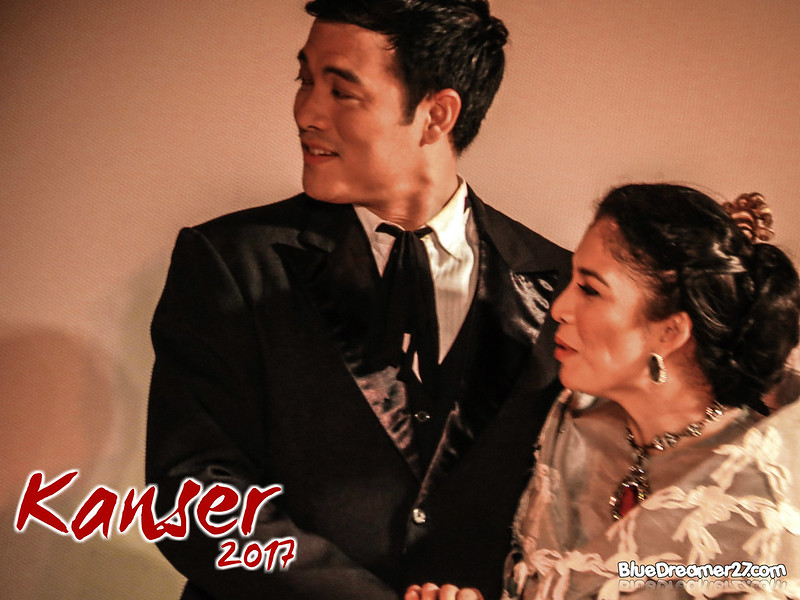 The show brought new actors while others were seemingly juggled a little and played a new role. Ibarra is now played by Joel Molina (he landed the same role back in 2014) while Maria Clara is portrayed by Dea Formacil Chua (who played Sisa last year). Much like the rest of the audience who I think are ten years younger than me haha, I personally appreciate the chemistry between the two. There is certainly the “kilig factor” every time you see their cheesy sequences together but more than that, both of them delivered powerful portrayals of their respective characters. 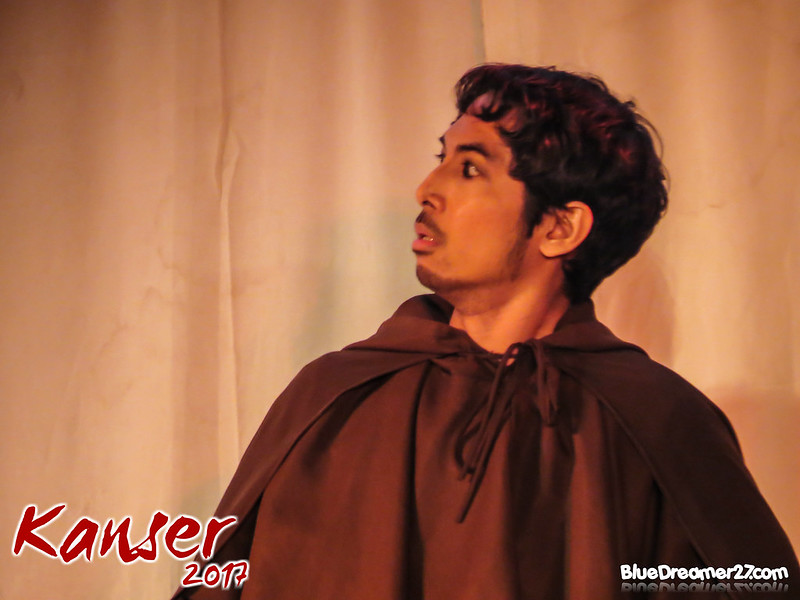 Padre Damaso brilliantly played by Francis Matheu who delivered an equally amazing performance as Elias from last year’s Kanser Updated 2016. Although I used to visualize Padre Damaso as man with unhealthy physical features which signifies his laziness and excesses to everything that he wanted but Matheu gave enough notoriousness and deceitfulness to make the character believable. 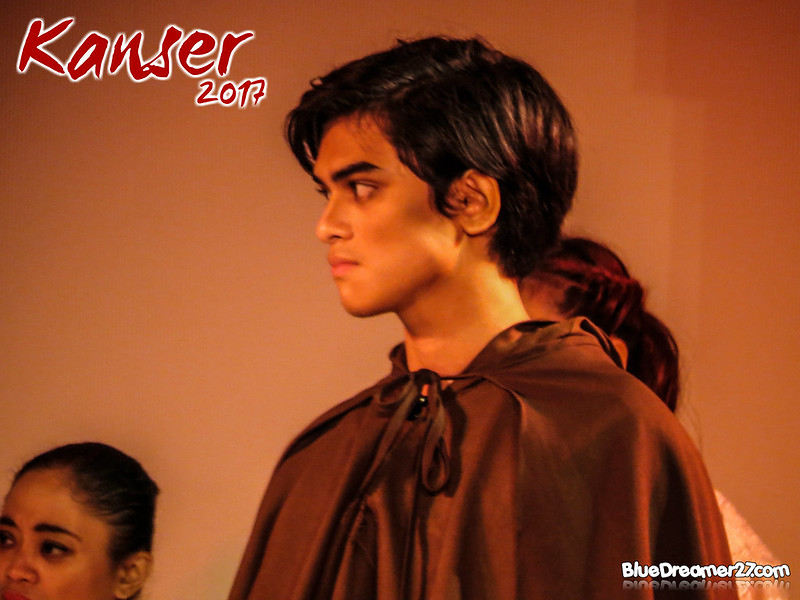 Interestingly, despite being one of the antagonist of the show, Padre Salvi has become a charm to many. Portrayed by Aldrin Angeles who cleverly inputted both comical and serious approach to his character. With undeniably charm it is not surprising why this priest has captured the attention of many female audience. 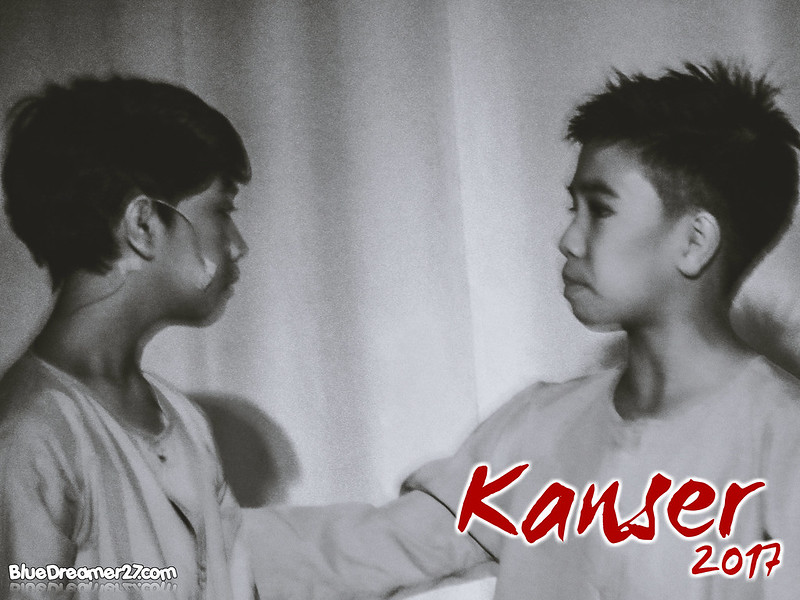 Speaking of charm, nothing can be more charming that these two talented kids who played the iconic roles of Crispin and Basilio (played by JM Tecson and Arvy Viduya respectively). 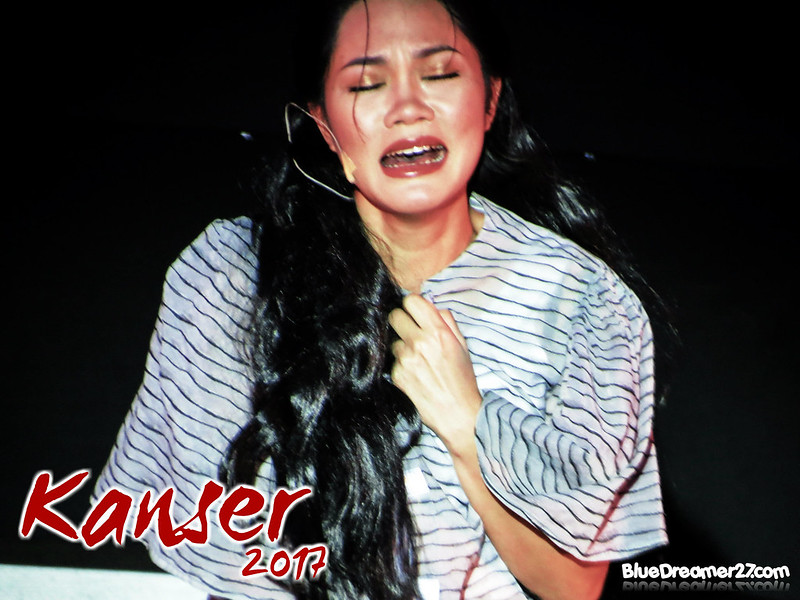 Of course, if there’s a Crispin and Basilio, there’s always a Sisa! The iconic character was wonderfully played by Shasha Rivera who delivered both comical and dramatic approach to Sisa. The mourning part where she lost her kids and after being raped is extremely emotional. 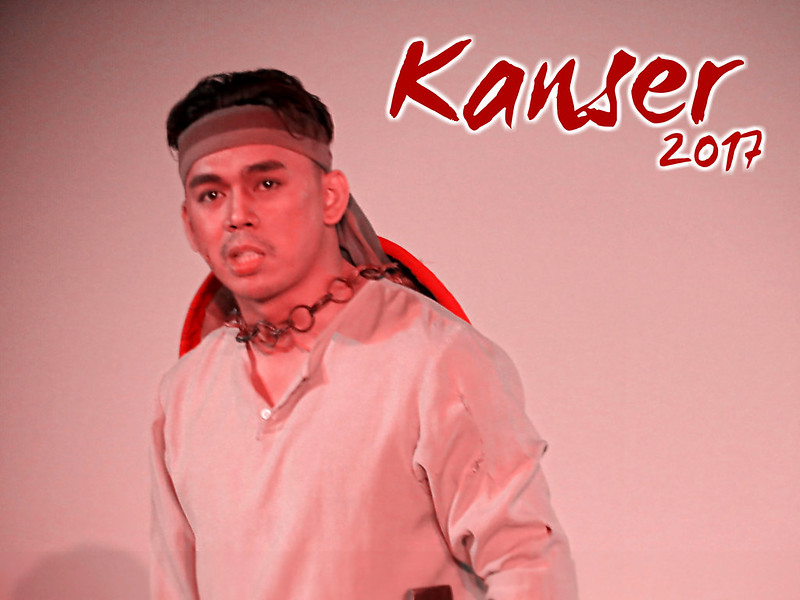 According to Rizal, Noli Me Tangere is not purely about pessimism. It also give us a piece of hope that not all people were corrupted. That’s why he added characters like Elias and Pilosopong Tasyo who are briliantly portrayed by Paul Jake Paule and Abel Napuran respectively. Ignorance is the real cancer in the society but Elias showed us that not all people are blinded by power and hypocrisy. I personally enjoyed the scenes where Elias and Ibarra (two contradicting heroes but with same intent) were constantly exchanging their ideas and dialogues. 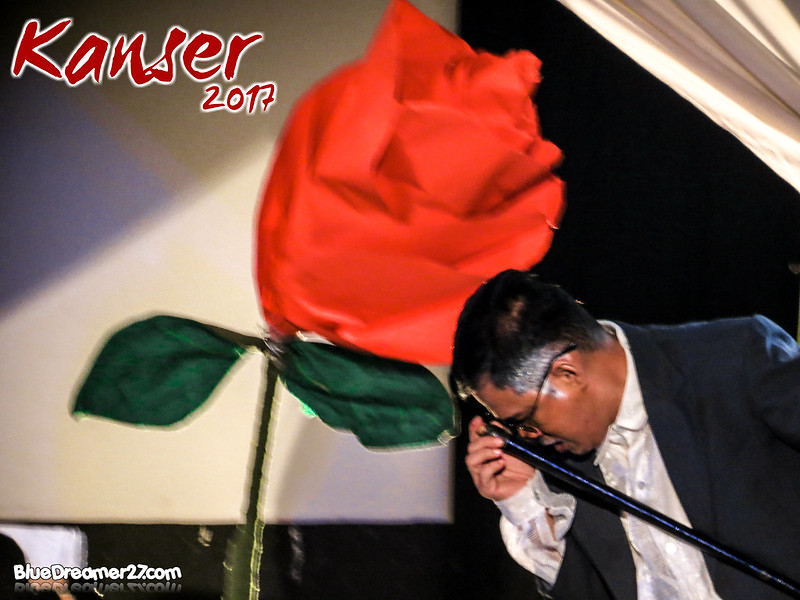 Pilosopong Tasyo on the other hand established an interactive character as he appear from time to time walking near the audience while delivering a powerful speech and wisdom. 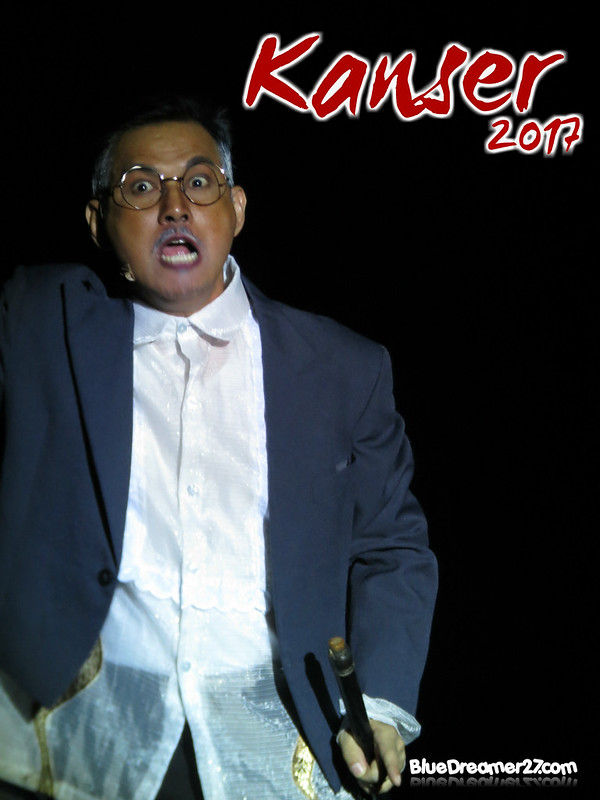 Abel previously played both Pilosopong Tasyo and Tikong from the previous play but the Tikong part (a parody to President Duterte) was taken out of the story. They did several changes and addition to the plot though yet I love how they generally give emphasis to the real story without breaking too much boundaries. 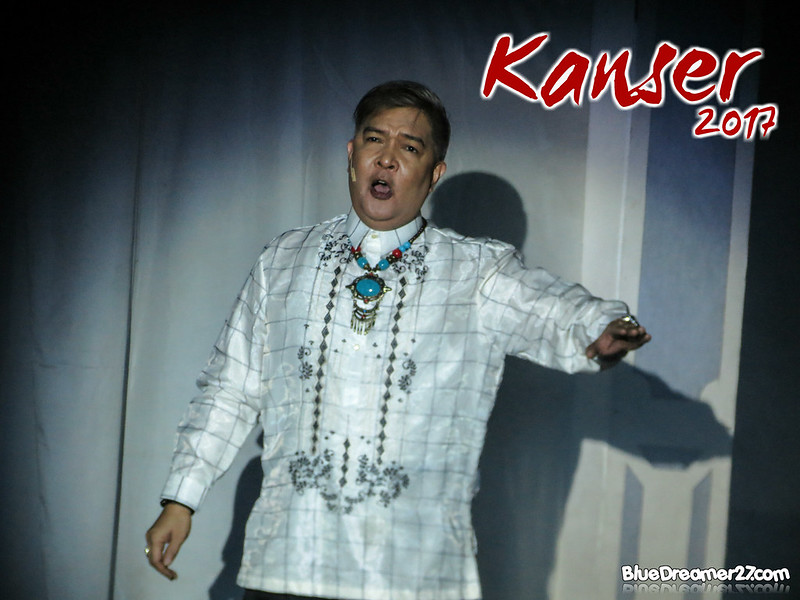 From being Padre Damaso last year, Norman Peñaflorida now gave life to Mang-aawit, Kanser’s very own character who will appear from time to time during the play to deliver wisdom and emotional message to the audience while adding soulful and extremely emotional heartfelt music. 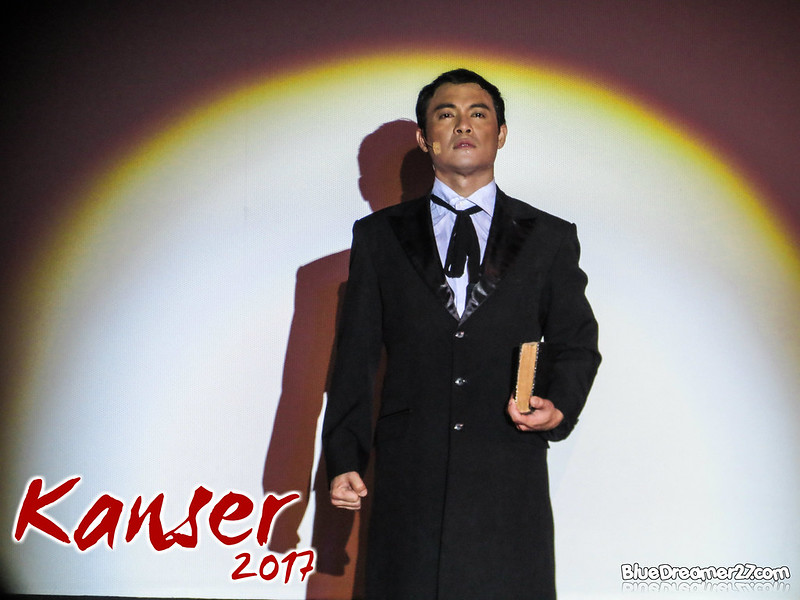 Overall, Kanser 2017 is indeed a meaningful play that will show awareness about this seemingly incurable social cancer. It has become an effective platform to show millennials how this classic novel written by our national hero is still relevant today.

Here are more pictures from the play 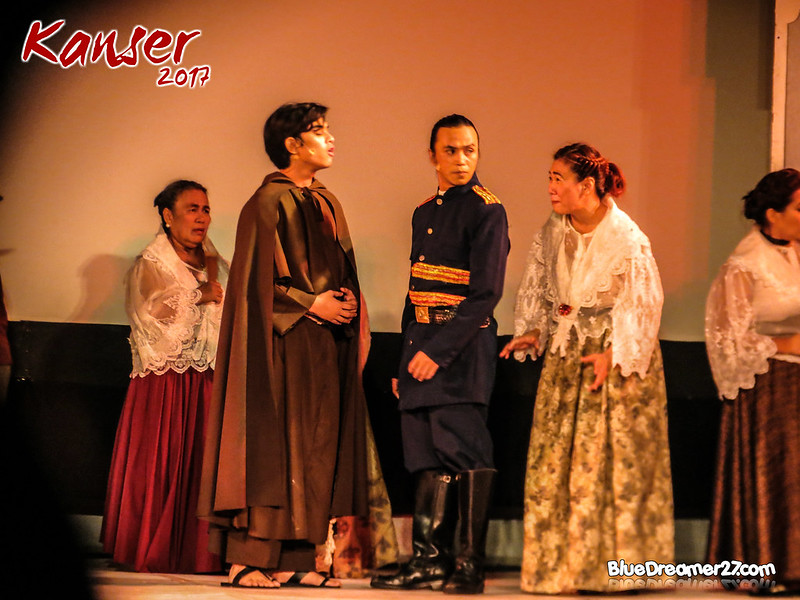 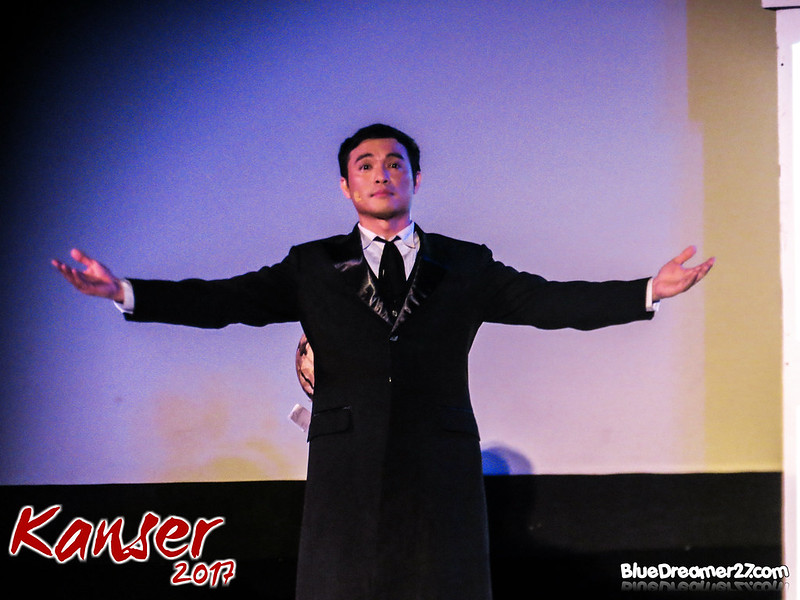 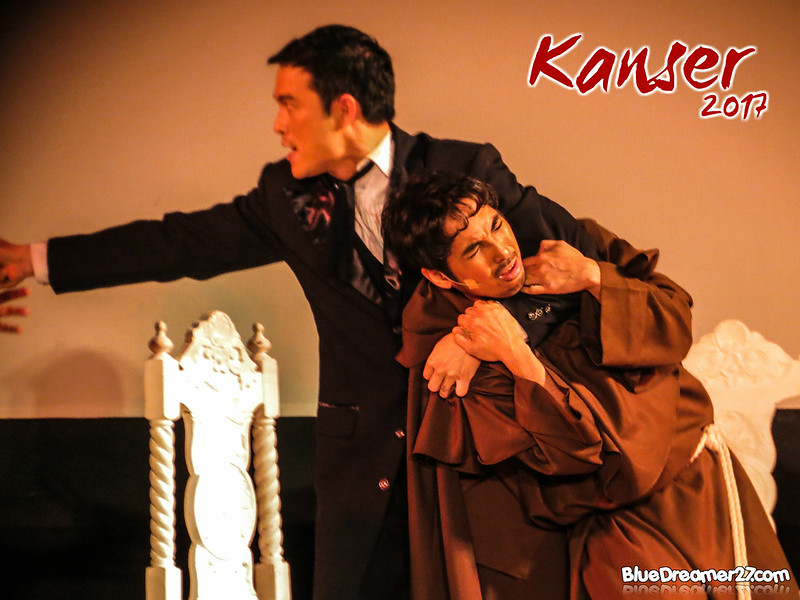 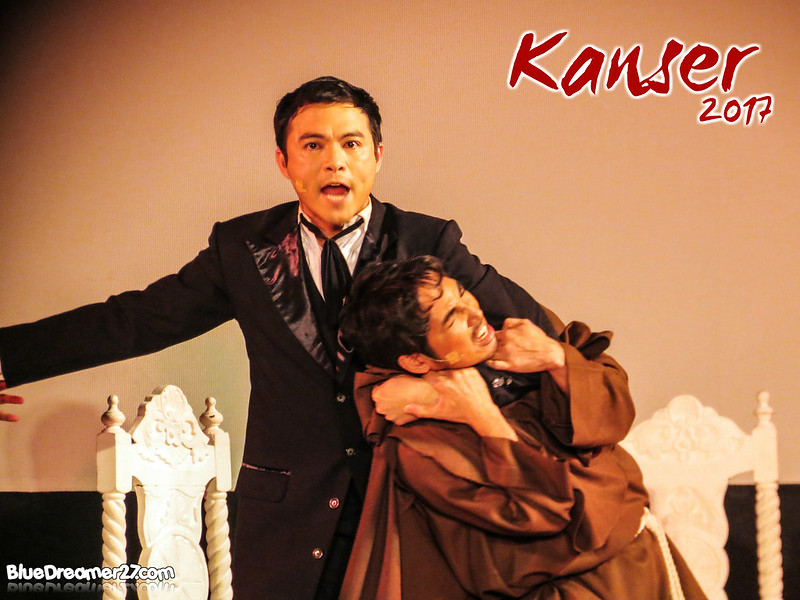 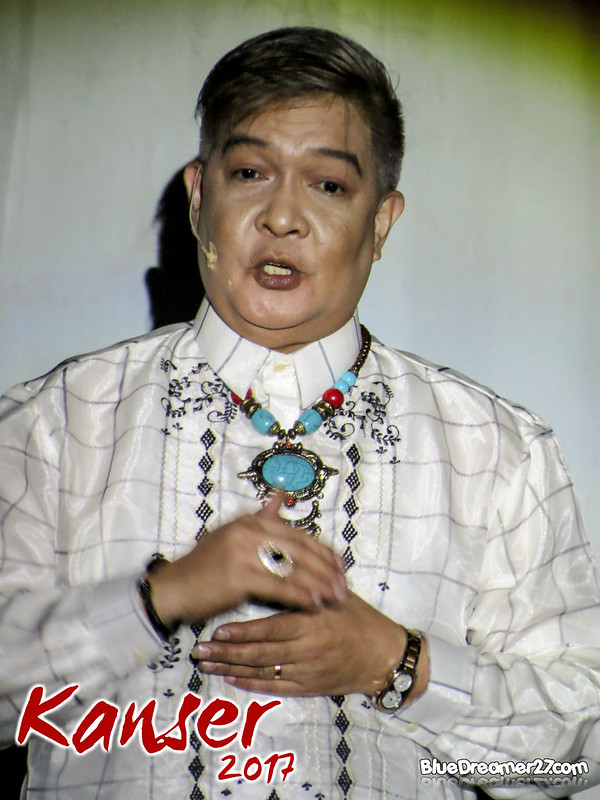 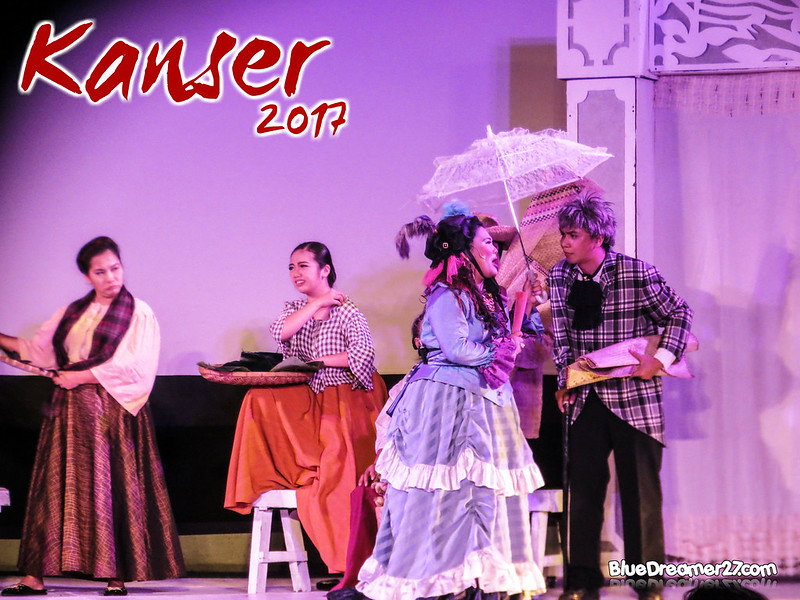 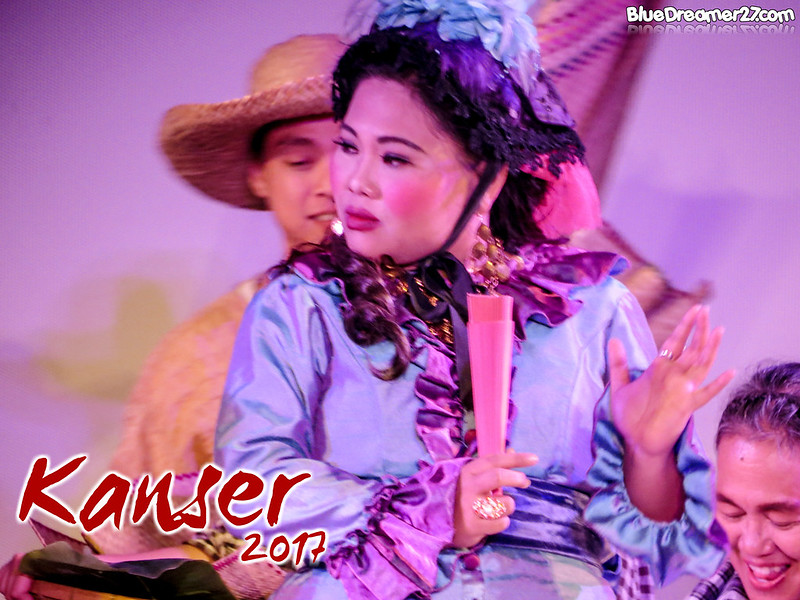 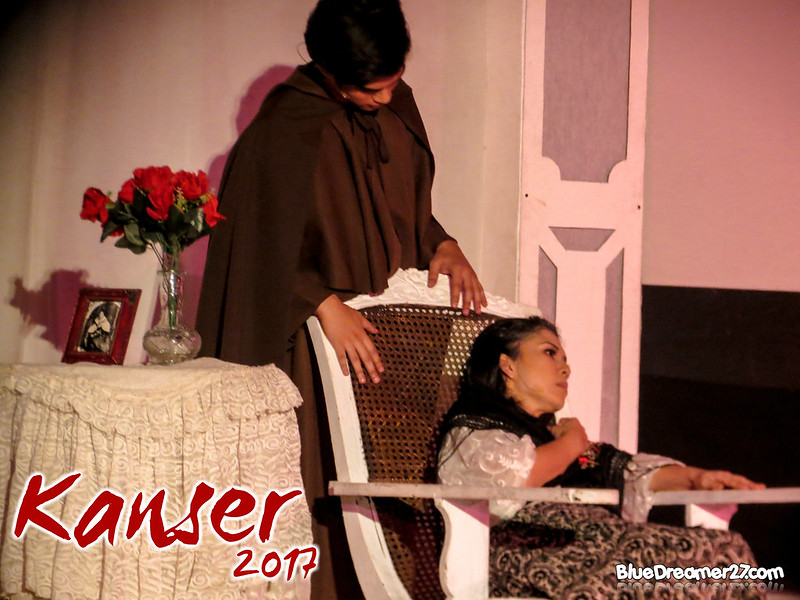 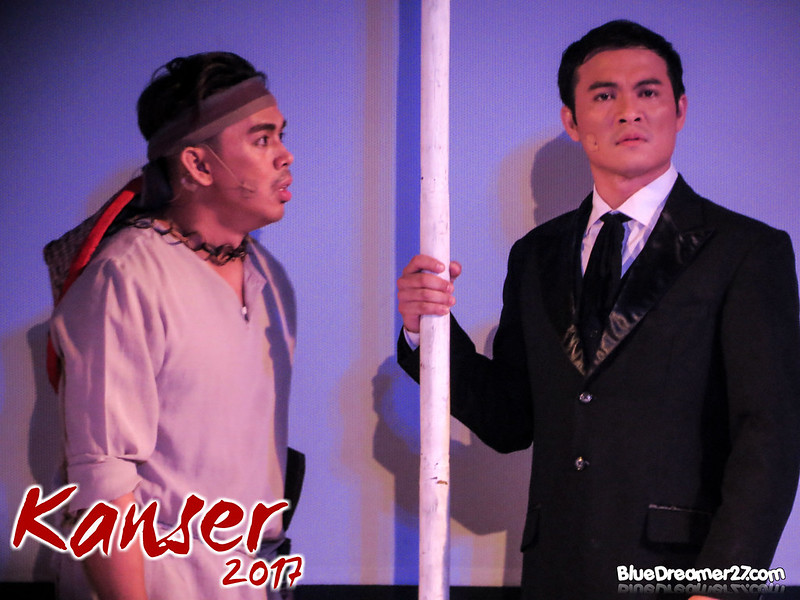 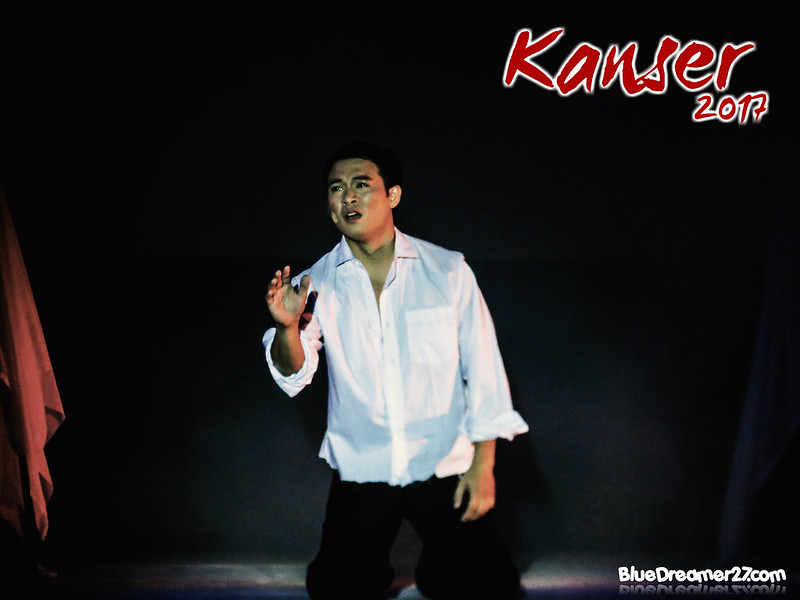 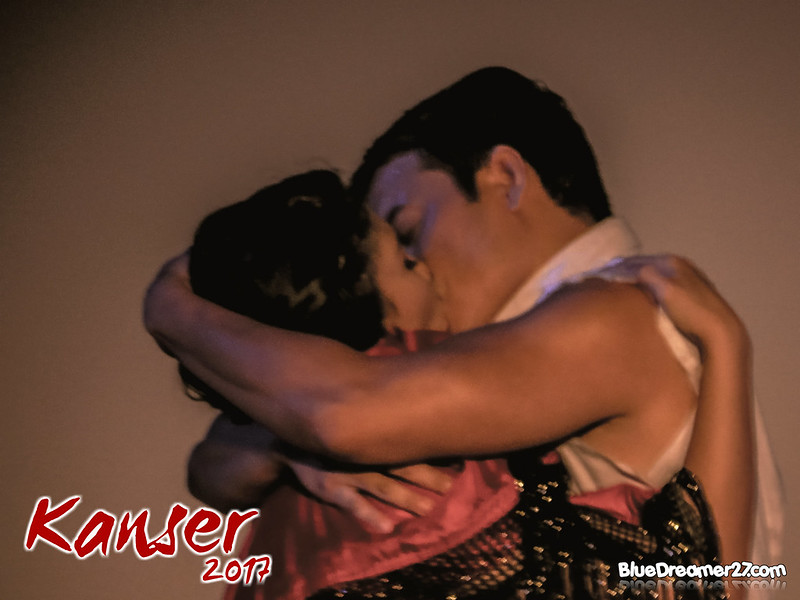 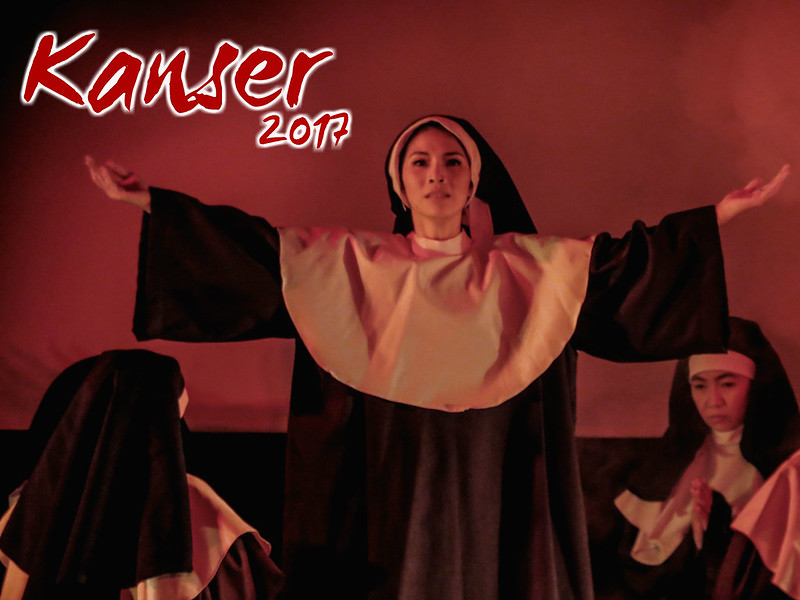 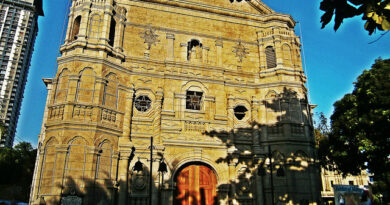 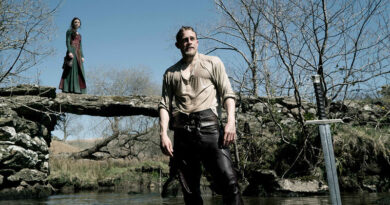 One thought on “[Theater Play Review] Kanser 2017 : The Novel By Gantimpala Theater Foundation”