The stage is open once again for all the talented Asians to showcase their best talents in the world. The electrifying new season of Asia’s Got Talent just had their successful 2 hour premiere episode last Thursday on AXN. It was truly a great start for the show, offering a vast of interesting changes compare to the last season. This season, viewers can expect more thrills, more surprises and a whole new generation of stars as 165 acts from 15 Asian countries will compete for the USD 100,000 grand prize! The shadow play group El Gamma Penumbra won the first season of Asia’s Got Talent and now everyone is excited to see which of the 165 acts will win this year!

Now, allow me to give you five great reasons to watch and to be hooked with Asia’s Got Talent Season 2! 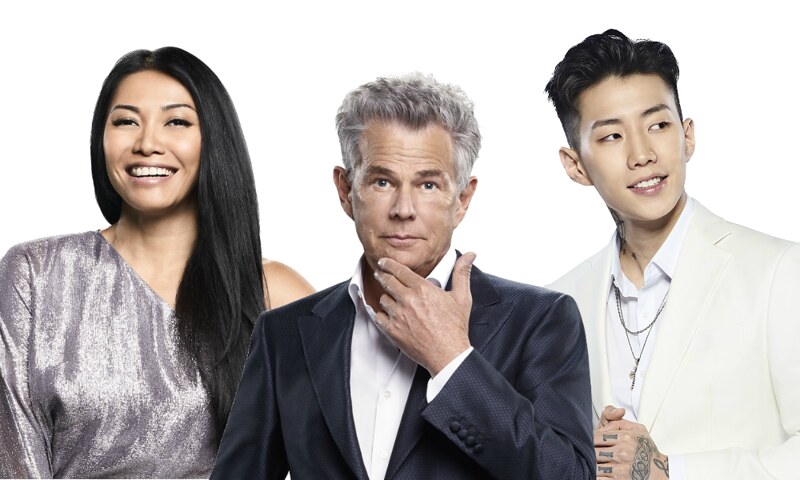 New Judging Panel to Love and Enjoy
Last year, the show brought us a wonderful chemistry between the four amazing judges including David Foster, Spice girl member Melanie C, Vanness Wu and Anggun. This year, the new season will bring a new judge. Unfortunately, Melanie C and Vanness Wu will not be returning for the second season but they will be replaced by a new judge. The K-pop sensation Jay Park. Park rose to fame as the leader of a Kpop group 2PM and eventually found a new success in YouTube and launched his solo career. After watching the premiere episode last Thursday, it seems like Jay Park is indeed a perfect addition to the new judging panel not just because he can share his talent and advice but it seems like many people are looking forward to him and he is also an entertaining and witty judge, a perfect balance to the trio.

Anggun will return to the judging panel for another season. She will constantly deliver her warm and gentle approach to the talented hopefuls while David Foster, the award winning musician, composer will become the Simon Cowell-counterpart of AGT. He proudly claim himself now as the “dream crusher” as he will not hesitate to hit that red buzzer if the talent doesn’t appeal him at all. Overall, the new judging panel will offer an all new kind of chemistry on the show. 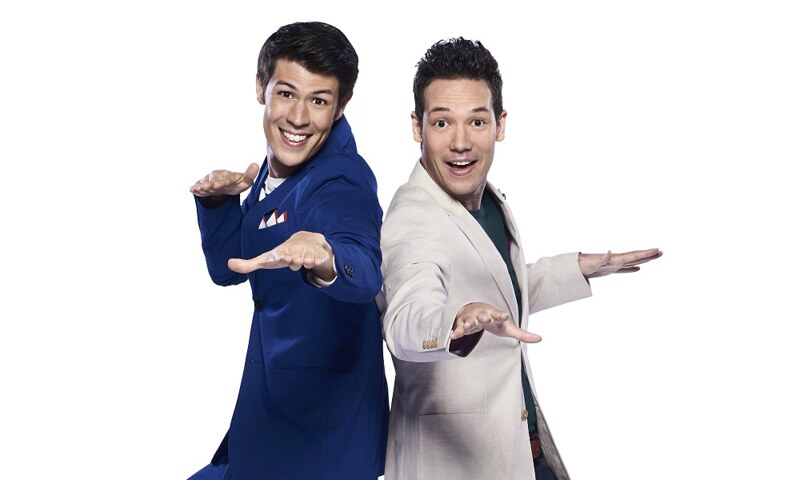 New Wacky Hosts!
Last season we were entertained by the funny duo of Marc Nelson and Rovilson Fernandez but as much as we want to see them back on stage, the new season of Asia’s Got Talent will give way to new pairing of hosts. This year, the show will be hosted by Alan Wong and Justin Bratton. Alan Wong was a former MTV VJ while Justin Bratton has been a host of numerous shows like It Figures and more. The question now is that, are they a perfect duo? Will they deliver the same enthusiasm and chemistry to the show which was offered brilliantly delivered by Marc Nelson and Rovilson Fernandez?

Well, the season premiere welcomed us with some funny moments from the two hosts. From doing selfies they headed to the venue using an old rusty car and they even arrived late for the red carpet. Interestingly, the two were even put on spot for a risky magic act. It is a very refreshing addition to the show and the two have such chemistry and charisma that the audience will surely love. 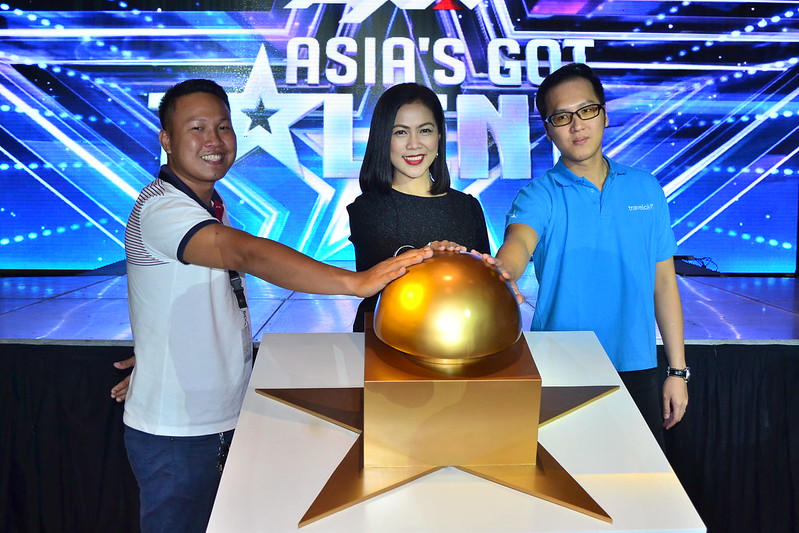 During the Exclusive Premiere of Asia’s Got Talent Season 2 Pilot Episode. From left to right Monroe Luyon (Cherifer Representative), Armi Malaluan (AXN Networks Philippines Inc) and Joseph Thia (Traveloka – the official sponsor of AGT Season 2)
The Golden Buzzer
If you are an avid fan of this talent competition whether it is America’s Got Talent or the Britain’s Got Talent, you should know that one of the most interesting highlights of the show is the Golden Buzzer. It is an interesting concept where judges are allowed to send their preferred Act straight to the semi finals. Each judge is entitled to use and press the golden buzzer once per season. Therefore, the judges should use this privilege wisely and make sure that the act is truly deserving for the chance.

Interestingly, the new season of Asia’s Got Talent will add an interesting change. This time, the hosts are now given a chance to press the Golden buzzer and send a lucky Act straight to the semi finals. The concept is not new though as it was already applied in America’s Got Talent seasons but this is certainly a new addition to Asia’s Got Talent giving more hopefuls a chance to reach their goals and possibly to win the competition. 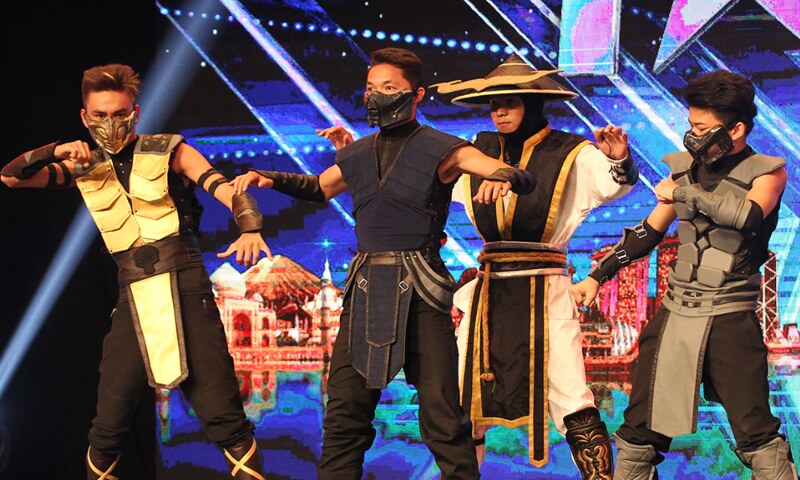 More Surprising and Entertaining Acts
Those who have seen the pilot episode must be very convinced that this season will offer something new, something unusual and something truly entertaining. Some incredible acts that we have never seen before! So who is your bet so far? The pilot episode features some incredible acts including the ADEM Dance Crew who were the first Golden Buzzer recipient who managed to impress Jay Park with their unique popping dance act. Other notable acts from the first episode includes a magician named Andrew Lee from Malaysia who almost risked the host life due to his unbelievable magic trick. 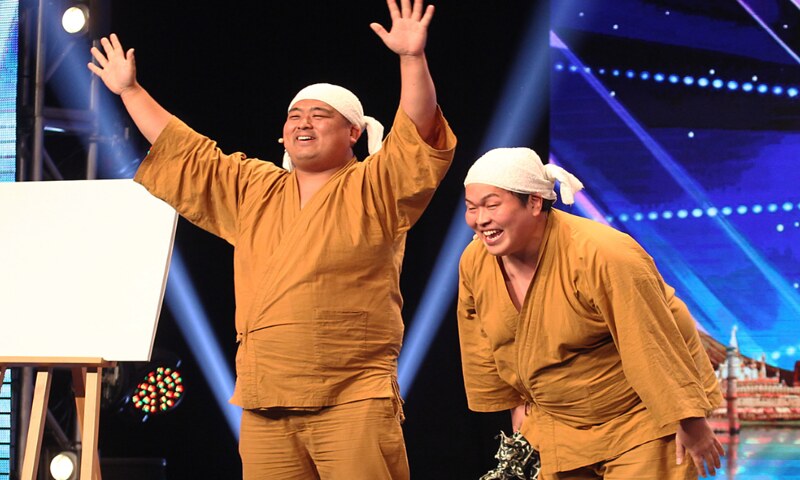 Yumbo Dump from Japan
A talented girl from Singapore named Prasheela Ramesh managed to get three yeses from the judges after her amazing rendition of “Don’t Rain on my Parade” while the lovely “Sisters” also from Singapore impressed the crowd with their  angelic voices. A comedic duo from Japan, Yumbo Dump is also a stand out with their simple yet very entertaining comedic act. #FeelSoGood 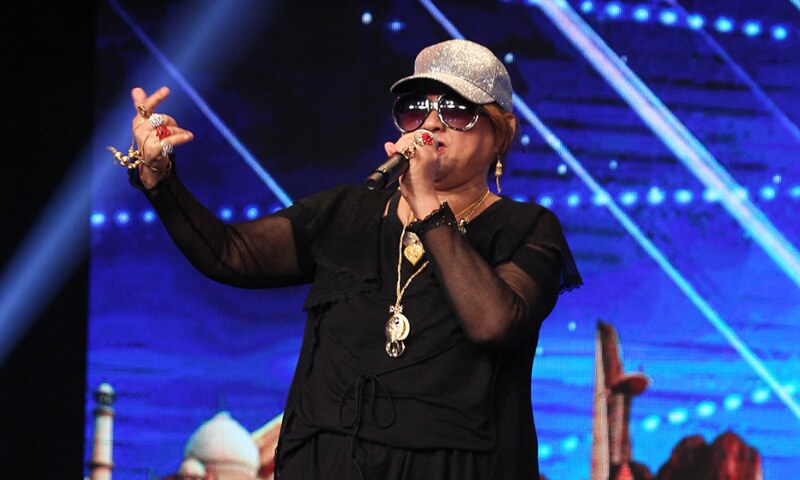 Mercifuletes Viola or now dubbed as The Rapping Grandma

Pinoy Talents That Will Make Us All Proud
Filipinos are naturally talented and there’s definitely no question about that. We are great dancers, we are great singers and apparently, we are also great rappers. Lola Mercifuletes Viola managed to show us how entertainment should be. Despite the fact that her family is not in favor of her joining the competition because of her diabetes, it didn’t stop her for doing what she love. Viola entered the stage with full costume but when the music started to play, she surprised the audience with her cool rapping skills and earned her the three yeses! 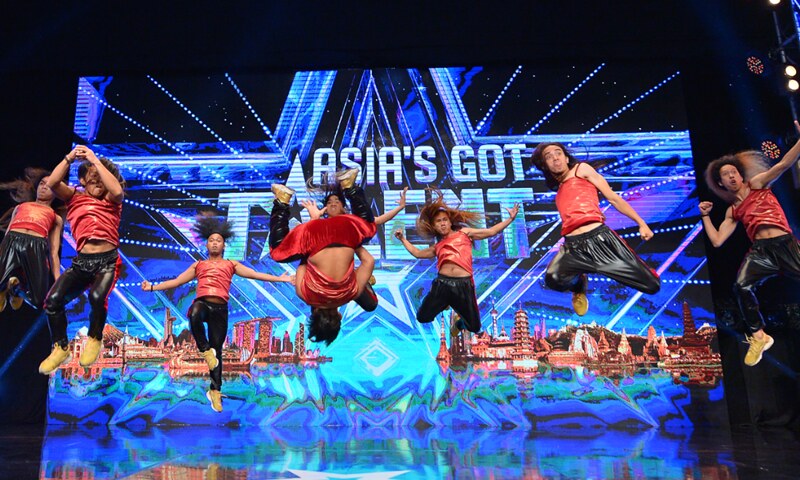 A dance group DM-X Comavalenoz was the first act to perform and with their rock-star inspired hair do and their perfectly synchronized choreography impressed the judges , giving them a chance to advance in the competition. Other notable pinoy talents who made it on the next round includes D Intensity Breakers. Seeing our kababayan being praised by the judges, wowed by the crowd and getting standing ovation will make you feel proud and we all wish them the success much like El Gamma Penumbra did last year.

That was just the first episode so what’s more we could expect from the succeeding ones right?

For more updates, you can follow Asia’s Got Talent Season 2 in their official page and channels. 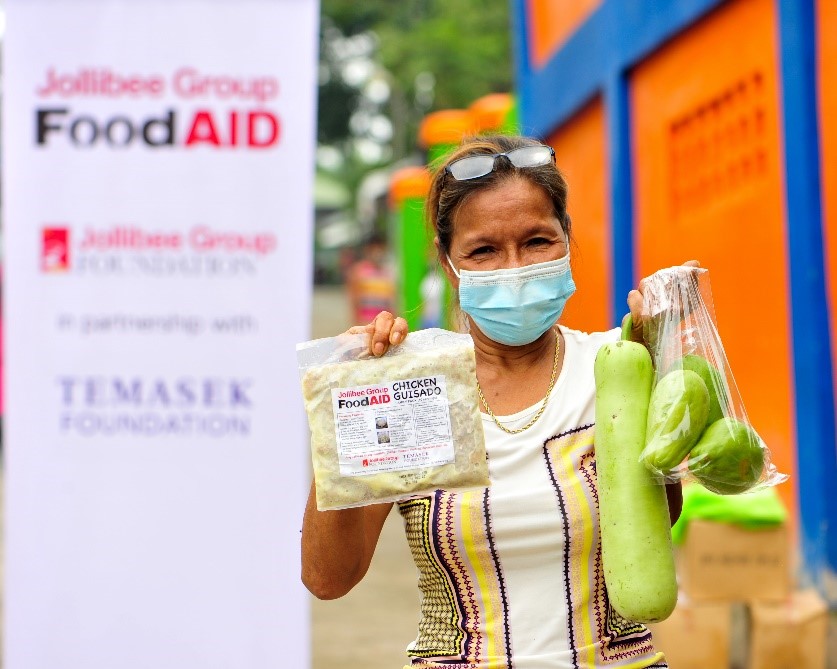