Paris is one of the most popular tourist destinations in the world, with about 27 million tourists visiting per year.  It houses the most popular historical museums, theaters, libraries and structures. It has a very rich culture, and it is the home of many world-renowned chefs and restaurants.

This is the continuation of my recent post Green Life in Paris (Part 1). As i’ve said, my Parisian cousin and i had an argument discussing which place is greener – Paris or Philippines. One of the interesting information that my cousin shared to me would be the “Park” thing. The parks in Paris are free and recreational according to him. People can be seen eating meals, hanging out at the parks and playing Frisbee and badminton. They even have ping pong tables and tennis courts. However, they have a peculiar attitude toward grass. In most parks, the grass is fenced off. there are a lot of fountains, which are not restricted. Children usually sail toy boats in them. They also have puppet theaters and playgrounds.

Parisians also have inexpensive and simple garbage containers everywhere. Other than that, there are people cleaning the sidewalks and gutters. Most of the garbage bags are only a few steps apart. So there won’t be any excuse to litter. Even though the streets in Paris are narrow, they can’t be seen covered with parked vehicles. On weekends, there are districts that are close to cars so that the restaurants can extend out on the streets. This setup makes a perfect setting for a good weekend relaxation and fun.

Parisian do value their heritage. Instead of knocking down old buildings to build a new one, they upgrade these old ones and turn them into something more modern. Thjis saves a lot of money and also gives the place a feel of rich history. Other than that, it would definitely reduce the chemical wastes and garbage materials that are brought upon by construction.

So, i guess after you have read the two part post about Paris, you will also think that Parisian have a greener lifestyle than us. Living a greener lifestyle doesn’t that hard at all. It only takes a great deal of determination and love for the environment. 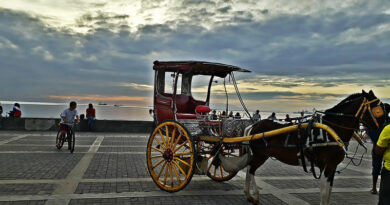