After that tiring adventure of finding the missing camera bag (Check: Panoypoy Cove Part 2) , I went back to our van only to find out that my group was not there. I decided to take a little rest since my legs were still shaking and after a few minutes, I decided to go back to the wilderness haha. Good thing I saw two of my groupmates along the way and they told me that they were all in the resort. If I didn’t saw them I would probably lost my way to the cove. 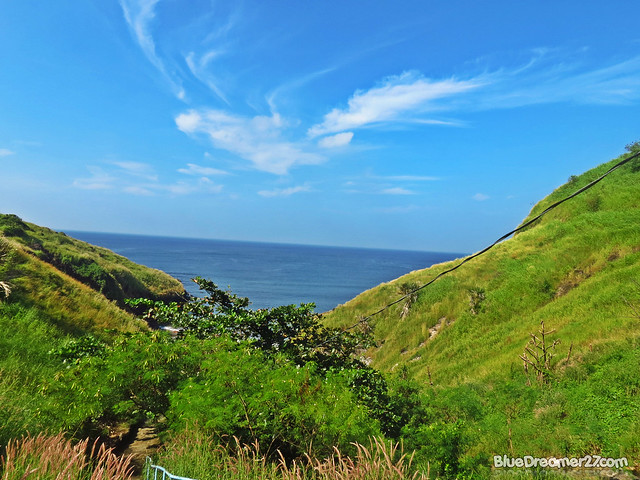 Remember that awesome and picture-worthy balusters in my early post? (Check Panoypoy Cove Part 1) That’s actually part of the resort and their cottages are located near the shore. 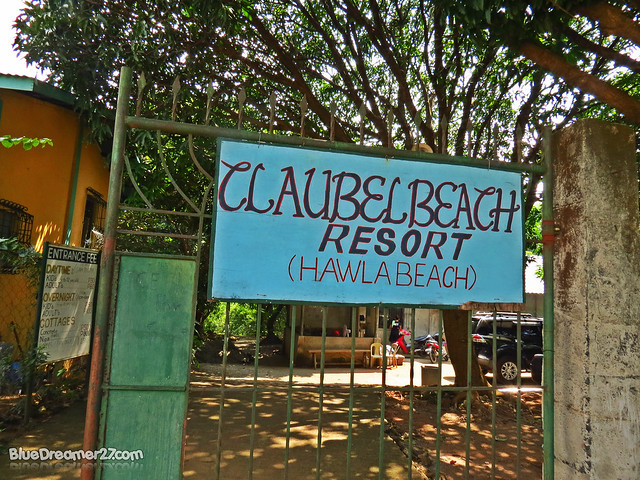 I recently spoke with their General Manager Ms Rechelle Medina Gonzales to give me some details about Claubel Beach Resort. According to her, the resort was established in early 2000 which initially carried the name “Hawla Beach”. After more than a decade of being marketed as Hawla, the resort recently embraced a new name. In 2013, they changed the name of the resort to Claubel Beach Resort (as approved by DTI). But then since the locals are way more familiar with the old name, I bet they just can’t let go of the Hawla Beach name so easily. 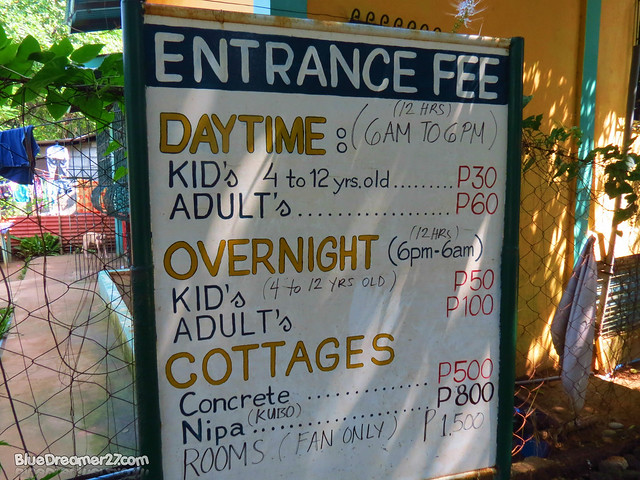 Unlike going on top of the Panoypoy Cove, going to the resort wasn’t that hard and even kids can managed to climb down (they already have cemented path going down the resort). The picture above shows their current rates. The entrance fee to Hawla beach/ Claubel Beach resort can be availed for as low as Php60 per adult. They allowed visitors to stay overnight with minimal addition. They also have cottages (concrete and Nipa style) which can be availed from Php500-Php800. If you are willing to stay overnight, they offer rooms for Php1500 per night. At this moment, they only have 2 rooms available but they are working on additional rooms to accommodate more guests and I was told that new rooms will be air-conditioned. 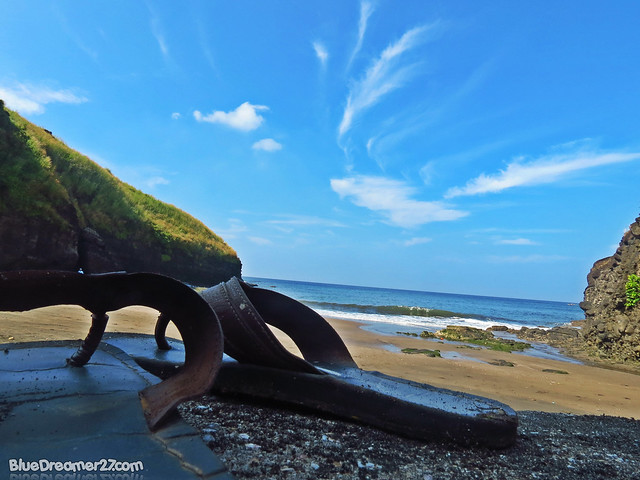 Here are the questions you might want to ask.
Is Camping allowed in Panoypoy Cove or Hawla Beach/ Claubel ? Yes, the allow camping in the cove or in the resort but it is not for free. You have to pay for at least one cottage. It is also interesting to note that they offer extra charges for the use of their comfort rooms , utensils, and outlets.

They also have a mini pool with natural water coming from the stream. 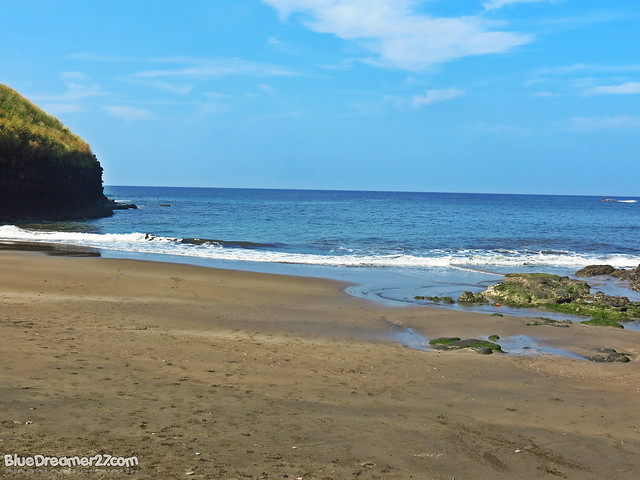 With so many names being used for the resort, which one is the most legit? Well, the official name of the resort is Claubel Beach Resort and according the Ms Rechelle, they were surprised why people are calling it as Panoypoy Cove or Panoypoy beach but I personally think that it’s because of where the resort is located which is the Panoypoy Bay.
Is Hawla Beach / Claubel Beach The Only Way to enter the Panoypoy and the others coves?
Yes, Claubel beach is the only way to access Panoypoy Cove but the rest however are accessible in many ways. Apatot Cove for an instance can be accessed by riding a boat. Same thing goes with the Lusong Cove but unfortunately, the cove is no longer accepting visitors as it is now a private property. 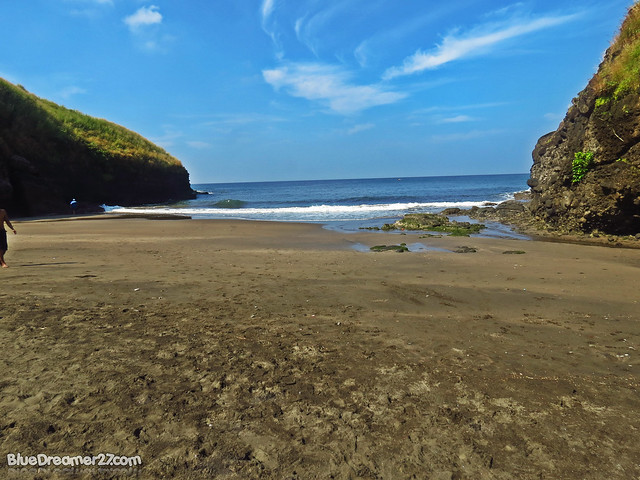 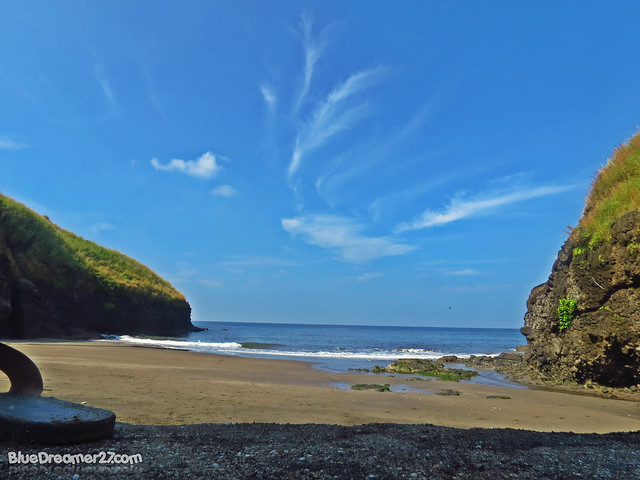 How To Get to Panoypoy Cove / How to Get to Hawla Beach?
For those who are coming from Manila, you can take the Bataan Transit bus from the Five Star Terminal near the Araneta Center Cubao. 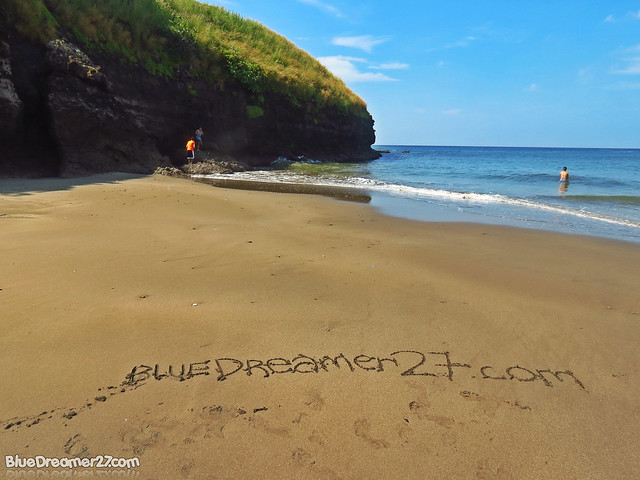 If you guys are looking for affordable Hotels or Inns to stay during your trip in Bataan, kindly look at this site (TravelBook) to see which hotel will suit your budget. 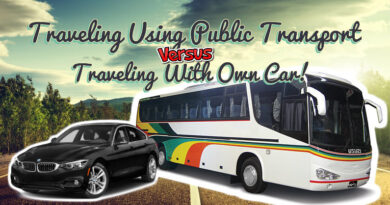 Traveling Using Public Transport Vs Traveling With Own Car ~ Which Is More Practical? 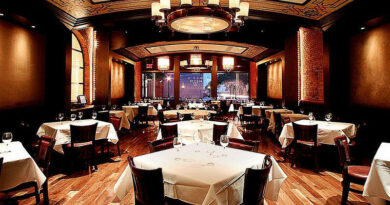 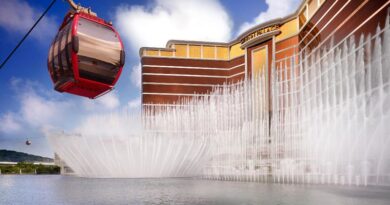 What is Gambling Tourism?

20 thoughts on “A Trip To Mariveles : The Hawla Beach / Claubel Beach Resort”