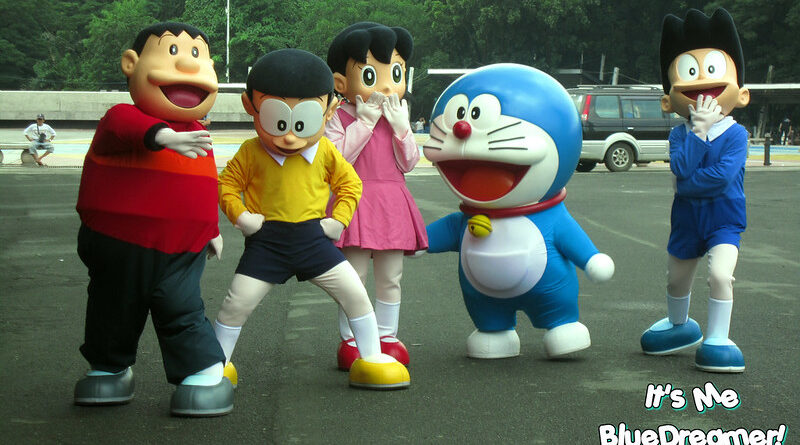 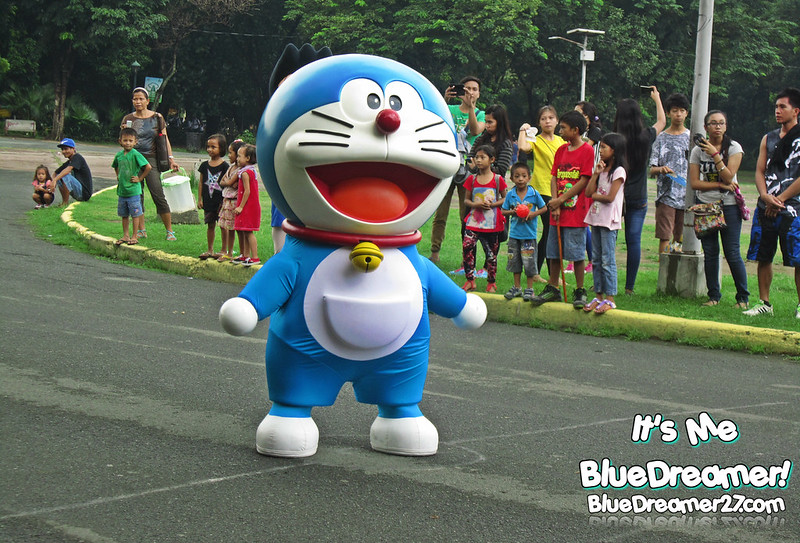 Exactly a year ago, my brother and I were very grateful to meet Doraemon and his friends. It was a special meet and greet event organized by DoraemonPH and Animation International. The event (Search For Nobita Look-A-Like) was done in celebration of Nobita’s Birthday (August 7) where online participants were encouraged to wear their best Nobita costume and lucky enough, my little brother was chosen as one of the top winners. Little did we know, the Meet and Greet event will also be featured in AHA! , a weekly magazine program in GMA). It was my little brother who won the contest but the feeling of joining him and meeting Doraemon and his friends was equally rewarding. For a guy like me who grew up in 90s, Doraemon has become a childhood hero. We never missed an episode of this animated series and there was never a dull moment even watching the same episodes over and over again. 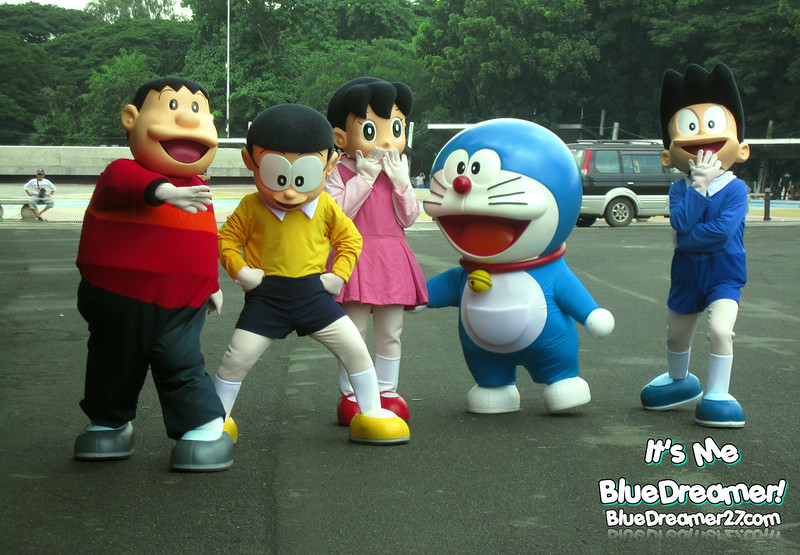 So yeah, I’m one of those proud Batang 90s and I am happy to say that Doraemon made my childhood even more colorful. Interestingly, after the long wait, our friendly cat is back and this time with bigger and more meaningful campaign not just for the fans alone but for everyone especially the millennials who never get a chance to fully embrace these lovely characters.  Animation International Philippines came up with a very interesting campaign “I’m Your Hero” that aims to introduce Doraemon to a wider audience especially to millenials. The campaign involves a wide range of projects including road shows, school tours, and introduction of wider Doraemon merchandises. 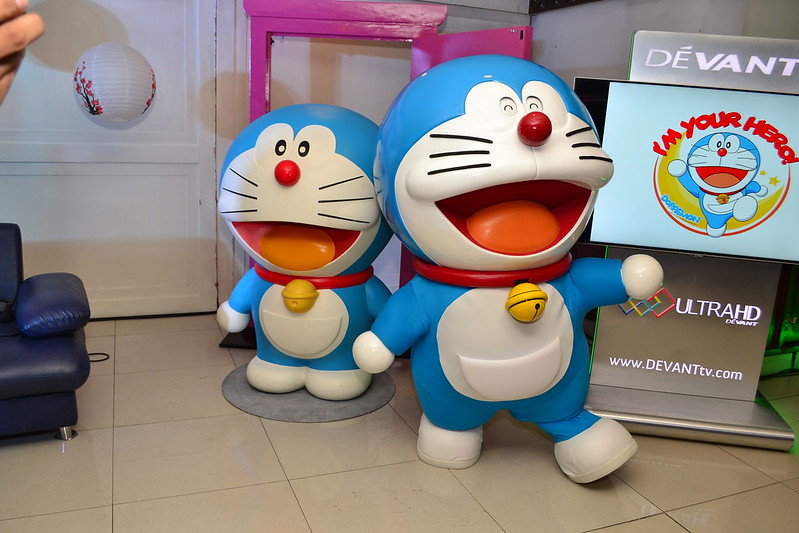 What makes Doraemon a Hero?
What really makes someone a hero? They said that there are five essential qualities that will make someone a true hero. These include courage, selflessness, humility , patience and caring. If you have been watching the show, then you should know that Doraemon has all these qualities. Remember that this robotic cat traveled all the way from the future to save Nobita from such miserable fate. Nobita who is always in trouble and is being bullied by his friends finds comfort through Doraemon’s help (thanks to Doraemon’s magic pocket). Despite the laziness and being too dependent, Doraemon never hesitate to help Nobita yet he never tolerate such action and teach Nobita a valuable lesson to learn. With such act of kindness, Doraemon is indeed a perfect hero for everyone.

Interesting Facts about Doraemon
► Doraemon is the first Anime Ambassador from Japan
► Doraemon franchise earns over $500 million in annual global retail sales
► The movie “Stand By Me” is the 4th highest grossing anime film worldwide
► The Manga alone sold more than 500 million copies worldwide
► Time Magazine named Doraemon as the Cuddliest Hero in Asia, the only anime character to get such feature
► It is considered as one of the longest running anime with almost 2000 episodes aired in many countries
► It is also the highest rated Children anime in Asia 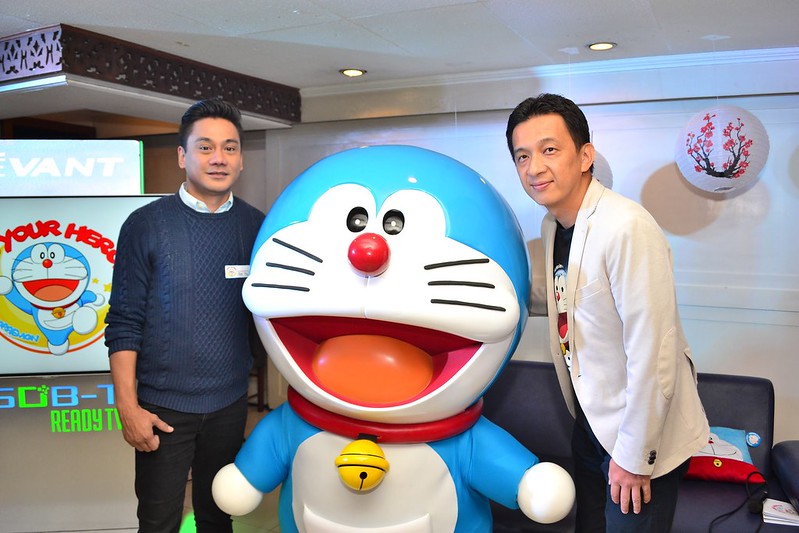 During the press con of Doraemon “I’m Your Hero” campaign, Animation International Philippines General Manager, Abe Franco hinted us some exciting details about their 2017 Marketing campaign. They will not just promote a wide collection of Doraemon merchandises but they are putting a very unique concept through their so-called “Roadventure Mall Tours”. In this campaign, Doraemon will be touring the metro through a series of mall activities starting from August until December 2017 7, kicking-off at SM North EDSA – The Block from August 7 to 13, 2017. The event will showcase the first ever Doraemon “I’m Your Hero” van where the participants can like, shoot, post, and share their photos and unique experience during the event together with the 16-ft Inflatable Doraemon. They will also get a chance to take photos with Doraemon himself! 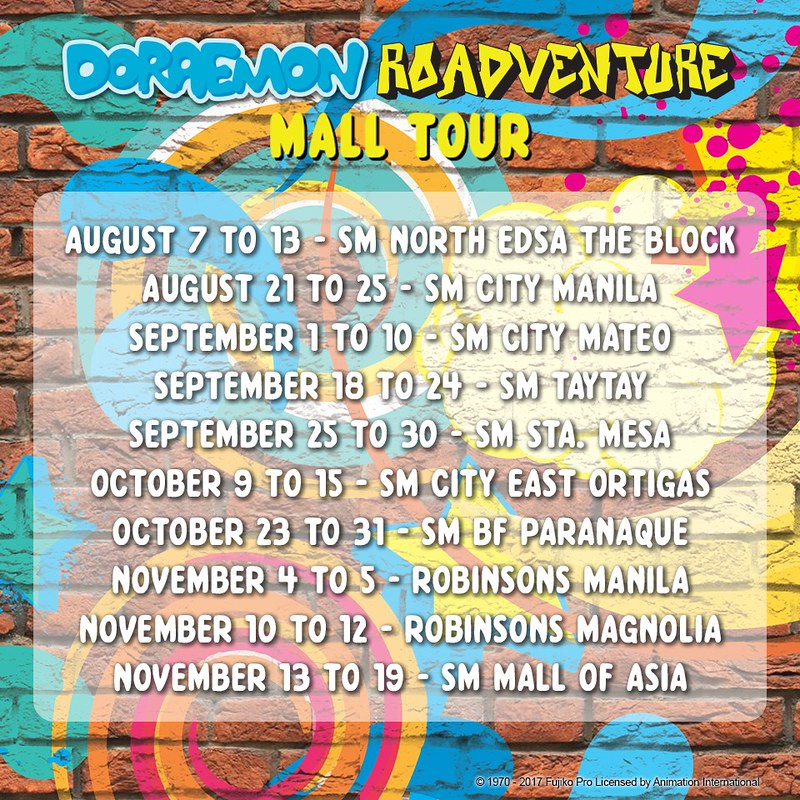 School Adventure
Aside from their Roadventure Mall tours, they are also launching another campaign. The Doraemon School Adventure! The School Adventure is a series of shows happening from August to September 2017.
Beginning on August 2 at UNO High School and on August 24 at the College of the Holy Spirit.
Doraemon believes in bringing out the best in every kid. Inspiring to make heroes out of each and
every kid on a day of fun-filled activities with Doraemon, we aim to promote positive values to shape
kids to be heroes in their own ways.
Here are the following Schools to be visited
August 2 – UNO HIGH SCHOOL
August 24 – COLLEGE OF THE HOLY SPIRIT
August – ST. TERESAS COLLEGE
August – DON BOSCO COLLEGE
September 15 – SM DASMARINAS
September – COLEGIO DE SAN AGUSTIN
September – HOPE CHRISTIAN SCHOOL
September – ST. JAMES SCHOOL
September – ST. PAUL COLLEGE
September – MALATE CATHOLIC SCHOOL 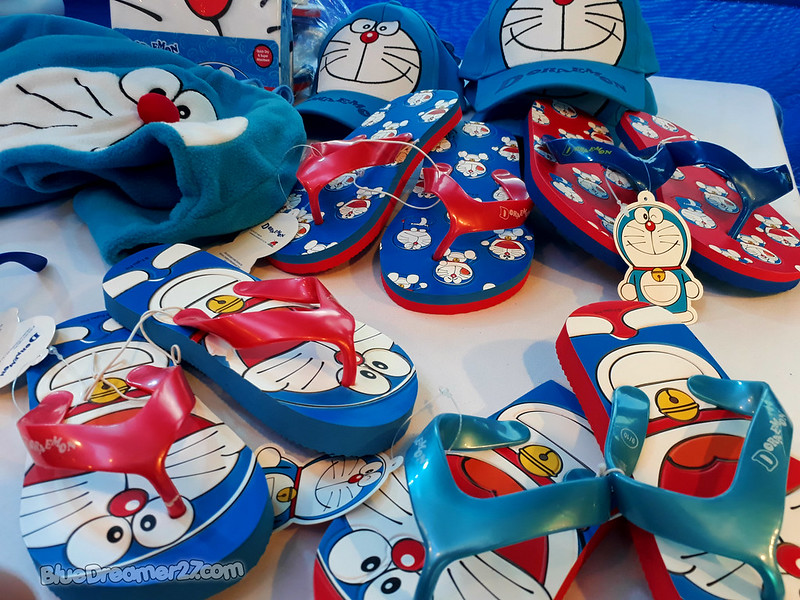 Since they are planning to promote Doraemon in full extent, they are bringing more Doraemon merchandises in the country! There will be a wide range of Doraemon Items to be promoted from soft line products (kids and adult apparel, footwear, headwear, and bags); hard line items (publications, stationery, ride-ons, and toys); home
line selections (linen, home furniture and accessories); and groceries (candies, snacks, oral products,
etc.). AI Ltd.’s Doraemon brand has also partnered with different companies for promotions. 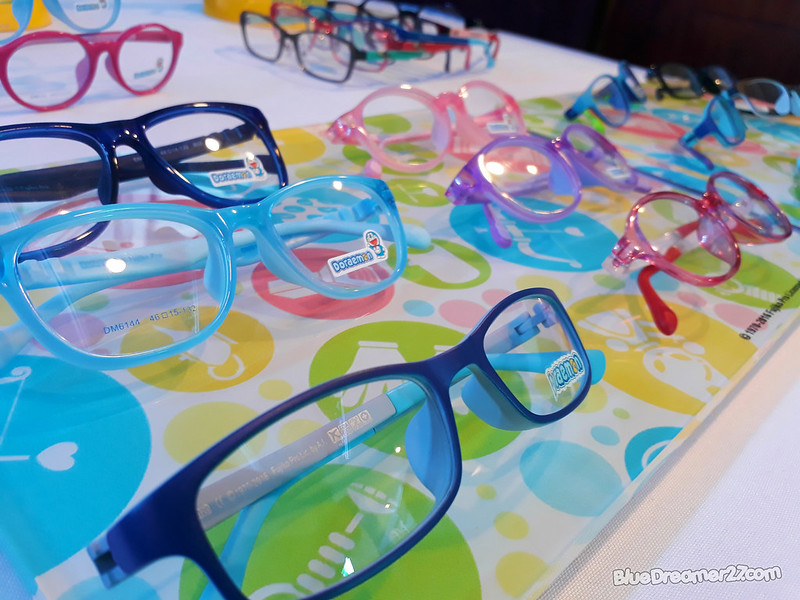 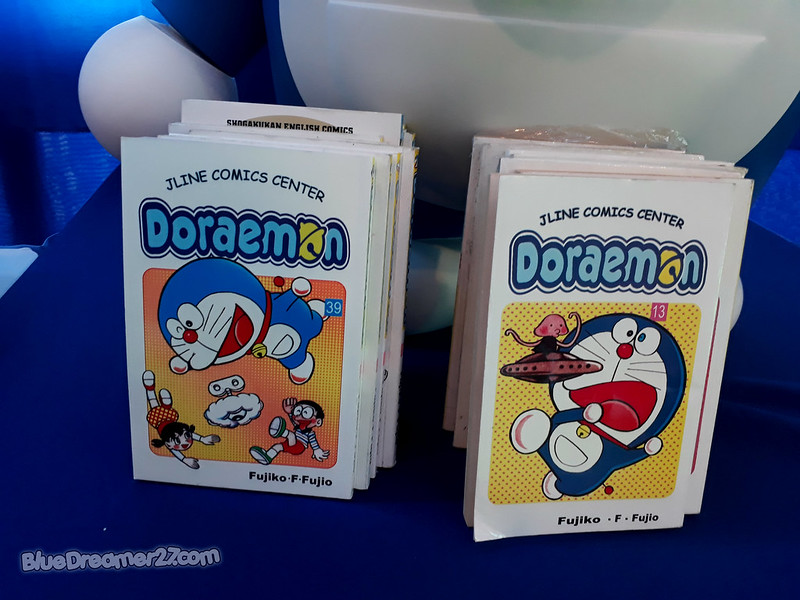 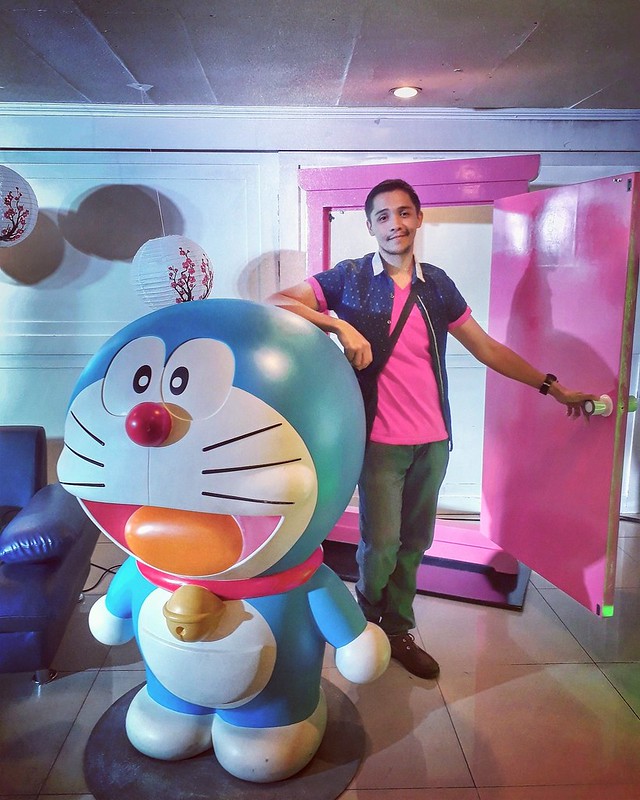 Doraemon will always be my childhood hero! Being someone who suffered from bullying during my childhood days, I used to see myself as a poor helpless Nobita who is always longing for Doraemon to rescue me. Well, Doraemon may not be a real thing and a product of someone’s creative imagination but the idea of having someone like Doraemon who will stay by our side to protect us in every trouble will bring comfort and happiness.  Doraemon might be a fictional character but the kind of love and care for Nobita and his act of so-called heroism can be manifested in real life  from the people we encounter! We surely have our very own Doraemon in our lives or better yet we can be a Doraemon to someone else!

For more information regarding with I’m Your Hero Campaign, feel free to visit Doraemon Official page at @DoraemonPH and @AnimationInternationalPH 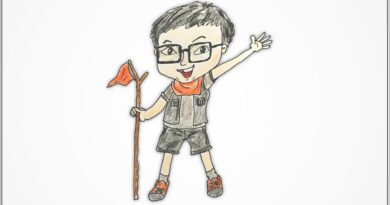 One thought on “Doraemon Is BACK With “I’m Your Hero” Campaign!”