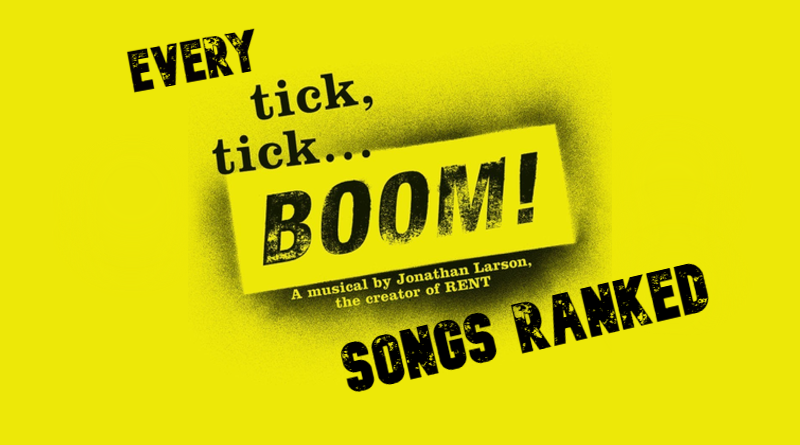 Many musicals are being adapted into movies recently and some are even set to conquer the digital streaming platforms. The film adaptation of “The Prom” was recently shown in Netflix starring Meryl Streep, Nicole Kidman, James Corden, and Andrew Rannells.  We are also expecting many other film adaptations to hit the theater real soon including Ben Platt’s Dear Evan Hansen which will be released in US theaters this month. Surprisingly, Netflix will introduce us to another musical film adaptation this year ~ Tick, Tick… Boom!

Unlike the aforementioned musicals, Tick, Tick… Boom! never made it into Broadway and didn’t received the same amount of success. However, the story behind this musical is equally fascinating. The man behind it was the late Jonathan Larson which many of us probably known him for the popular “Rent” musical. In fact, most of the songs from this musical will somehow give you a Rent vibe. What really makes it more interesting is that Tick, Tick… Boom! is an autobiographical. It tells the story of Jonathan when he was just an aspiring composer. When Larson died, the piece was revised and revamped by David Auburn and turned a solo-piece work into a three-man-actor musical.

Tick, Tick… Boom! is a very unique musical which is commonly performed by three actors on stage. One of which will play the lead character Jon (Johnny) and the other two will mainly portray Susan and Michael but they will also play different set of characters as the musical progress. It is also interesting to note that Tick, Tick… Boom! is a one-act musical so it is relatively shorter than the standard musical run.

We are not yet sure if all the songs will make it through the film adaptation but the teaser was released few months ago. The film adaptation of Tick, Tick… Boom! will star Andrew Garfield as Jon. The teaser clearly suggests that it is going to be a musical but more dramatized. It is nice to see how this film transforms a 3-man play where we can now see characters being played by different actresses. Also, this film will mark a directoral debut for Lin-Manuel Miranda (Hamilton and In The Heights). Miranda actually played Jon in one of Tick, Tick… Boom!’s Off-broadway productions. I’m not sure but it seems like the film adaptation will somehow highlight Jonathan’s Marfan Syndrome (the cause of his death). Larson died at the age of 36 due to the undiagnosed Marfan Syndrome.

In Philippines, we also had a local production of Tick, Tick… Boom! in 2016 starring Jef Flores and Tanya Manalang.

Without any further ado, let me rank he songs from Tick, Tick… Boom! Disclaimer: This list is ranked subjectively.

Boho Days is the song you can initially hear on the trailer of the Netflix adaptation. The one being sung by Andrew Garfield. Interestingly, this song was not really part of the musical. It is an additional song cut from the original recording of the show. However,  i think the best reason why the movie included this song is because it is one of the few recordings of Larson’s voice that is publicly available. You can also get the same “La Vie Boheme” vibe to this song. Also, this acapella accompanied by rhythmic clapping will surely set you in a good mood.

The reason why I am putting this song on this spot is because I am not really a huge fan of loud music. No More, apparently has a rock vibe to it. This is the scene where Michael shows his friend Jon the benefits of living a luxurious life. This actually pressures Jon further to consider changing his career path. The structure of the song is quite unique too as it managed to merge some classical-inspired tune to it.

Sugar doesn’t really add much to the depth of the story but it’s just about Jon getting his all-time favorite snack ~ the Twinkies. I guess it is important as it emphasizes that Jon indeed grew up in the 90s and this is his go-to snack and always reminds him of his colorful childhood.

Sunday is actually inspired from another musical. It is inspired by the classic Sondheim’s masterpiece “Sunday in the Park with George”. The song is based on the Act I Finale of the aforementioned musical but more of a humorous homage to it. It features Jon in his regular Sunday shift in the diner. Nothing much is special in this track but it provides an effective comic relief in the play.

Green, Green Dress is an upbeat sexy love song between Jon and Susan. It’s just about Jon admiring Susan and how that green dress makes her even more beautiful. It may not be as powerful as “Therapy” but this song is still catchy enough. Not too loud and not too soft to listen with, just a right balance of everything.

30/90 was the first song in this music catalog and is also one of my favorites. The reason why i love this musical is simply because i can really relate to it. I was about to turn 30 when i watched this in one of its local productions here in the Philippines and i can really feel all the frustrations of his character. 30/90 is all about Jon as he question his life as he is about to hit his 30s. He is worrying that at this age, he is still struggling in his career and he doesn’t have much achievements yet. The video below features Lin Manuel Miranda as Jon along with Karen Olivo as Susan and Leslie Odom Jr as Michael

7. Come To Your Senses

Come to Your Senses is a solo song performed by the female actor on the play. However, the character singing this song is not Susan but Karessa Johnson (the character that will be played by Vanessa Hudgens in the film). The song was part of the fictional musical Superbia written by Jon.

Knowing that Stephen Sondheim has a huge influence to Larson, it’s not really surprising to see some kind of Sondheim approach to one of the songs from this musical. The play of words in Therapy is very Sondheim to me and reminds me of songs like “Getting Married Today” from the Company.

As the title suggests, this song is about  Jon who is now torn between following his dream of composing and opting for security and family in a different career. His friends Michael and Susan give him some advices on what exactly he should do. What i really love about this is the wonderful blending of their voices. Absolutely beautiful.

Real Life features a conversation between Michael and Jon where he tries to encourage Jon to embrace the reality. Michael tells Jon that the life Susan wants doesn’t sound bad, and that he wishes his job could give him the chance to settle down It’s a very sentimental song

This is the part where Susan decided to leave Jon to settle for good in Massachusetts to pursue her career. Here, Jon thinks about what may have happened to make her end up in such decision. This moment just makes it harder for Jon to absorb everything and whether he will decide to pursue his dream to compose music or to get a better career with Susan.

Why is probably one of the most emotional song from this list and one of my favorites too. After a heated argument with Michael and after Michael revealing that he is HIV positive, Jon left him to think about everything. He remembers all his fondest memories with Michael and all their journey together as starving artists. He finds an old rehearsal piano, and begins to play the song while collecting his thoughts. Jon ponders on whether the amount of sacrifice required for his career in music is worth it, and whether those telling him to “have it all, play the game” are right.

Louder than Words is more like the flagship song for Tick, Tick… Boom! and is also the finale song. The song conveys a very meaningful message telling us all that action is always louder than words. Here Jon finally realizes that he will only be happy as a professional composer, no matter what hardships that may bring. The craft makes him feel free as bird. It also concludes positively when he got a call from Stephen Sondheim and that his work is finally being recognized. It wittily ends with a Happy Birthday song. 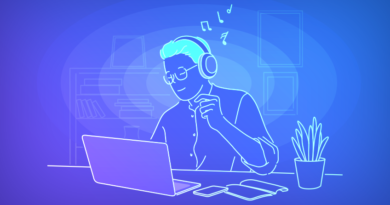 Benefits of Listening To Music