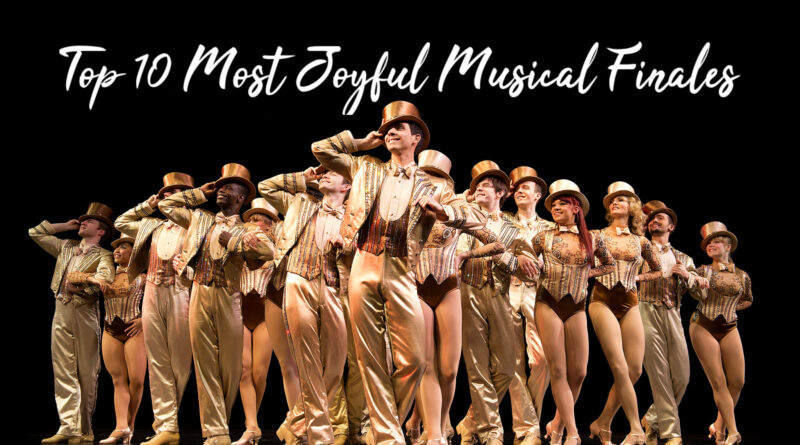 While this blog is mainly about travel, i just want to share another thing I am really passionate about ~ musical. There is a great number of Broadway and West End Musical plays out there and each comes with their own special story. It’s great to see how these musical stage plays managed to convey important messages through arts and music. Most of these musicals deliver powerful songs about empowerment, acceptance, triumph, and more. While most musical comes with their signature songs, the finale always plays a crucial role as they will leave a lasting impact to the audience and they will carry it through right after they leave the theater.

Today, I am listing down ten of the most colorful and probably the most uplifting musical finales of all. Just a quick disclaimer, this is listed subjectively and only based on the musicals that I am very familiar with. If you have a suggestion and if you feel that there is a finale song that deserves to be on this list, feel free to comment it below. I also want to note that these list only covers those “colorful” or joyful finale songs that will surely make you leave the theater in such great vibe and energy. It means I will include those powerful finale songs from Les Miserables, Lion King, and more.

Without any further ado, here are ten of the most joyful musical finales of all time. Also check the Spotify Playlist below. 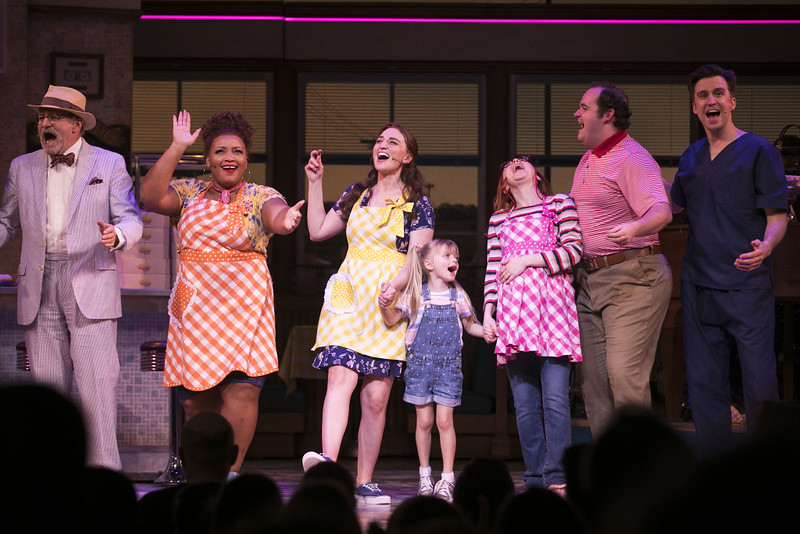 Just like most musicals, Waitress concluded in the same fashion which I always consider poetic. It started and concluded with the same song (well, technically it started with What’s Inside but Opening Up is the second song that will introduce us to all of its colorful characters). The reprise of Opening Up highlights Jenna’s success and with all the challenges she went through that is brilliantly encapsulated in her song “She Used to Be Mine“, audience will definitely leave the theater in such joyful spirit. Here, Jenna discovered that Joe left her the diner, asking her to name a pie after him. A few years later, the diner has been rechristened “Lulu’s Pies” and Jenna is now a successful head chef. 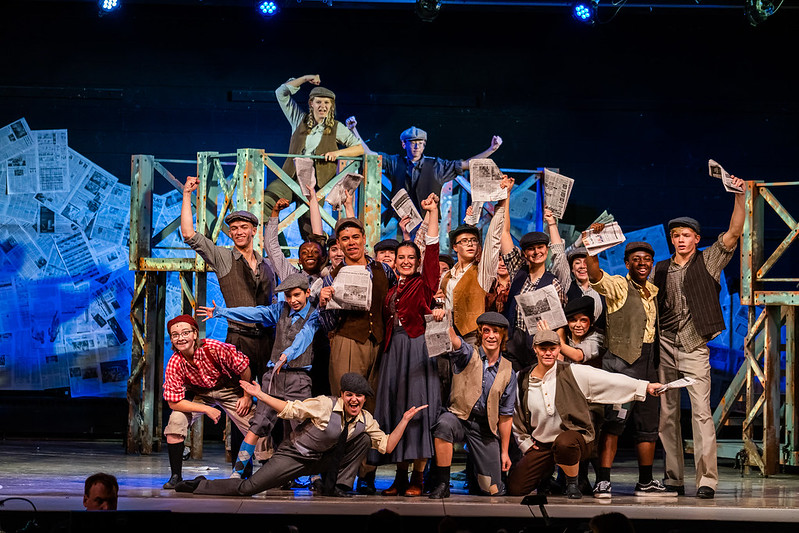 With such a great roster of powerful and catchy songs, Newsies The Musical doesn’t need any new finale song to conclude the show. The Finale showcases a medley of reprised songs including the triumphant “The World Will Know” and a pinch of “Santa Fe” but the highlight of the song is the reprise of “Carrying The Banner” and “King of New York” that are both accompanied by the show’s graceful signature choreography. Let’s just say that this musical started and concluded with the same joyful energy. As for the plot, instead of leaving the newsies to go to Santa Fe, Jack decided to stay and accepted the job to become an editorial cartoonist. 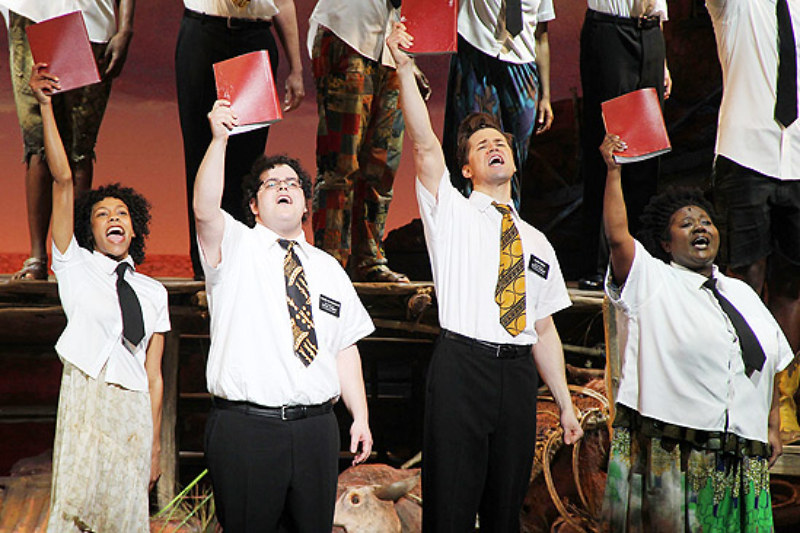 Tomorrow is Latter Day/ Hello/ Encore (The Book of Mormon)

There is definitely no dull song for The Book of Mormon. The show will surely make you laugh hard from the beginning to the end with hilarious and satirical numbers like “Hasa Diga Eebowai” , “Turn It Off” and “I Believe“.  The show wittingly concluded with a medley of songs starting with “Tomorrow is a Latter Day” which includes a reprise of “I Believe“. This is followed by a hilarious reprise of “Hello” where the Elder Price and Elder Cunningham along with the natives of Uganda decided to build their own religion based on the things made up by Arnold’s insane imagination and also declaring him as their new prophet. The medley concludes with an encore. 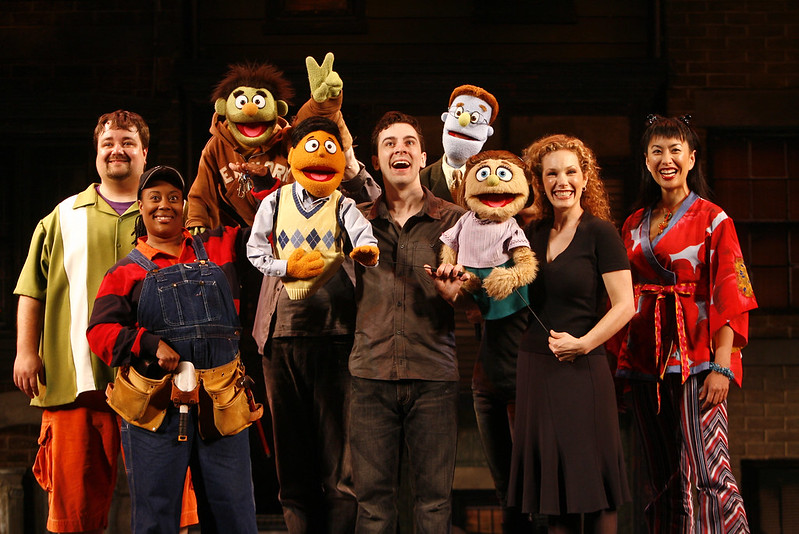 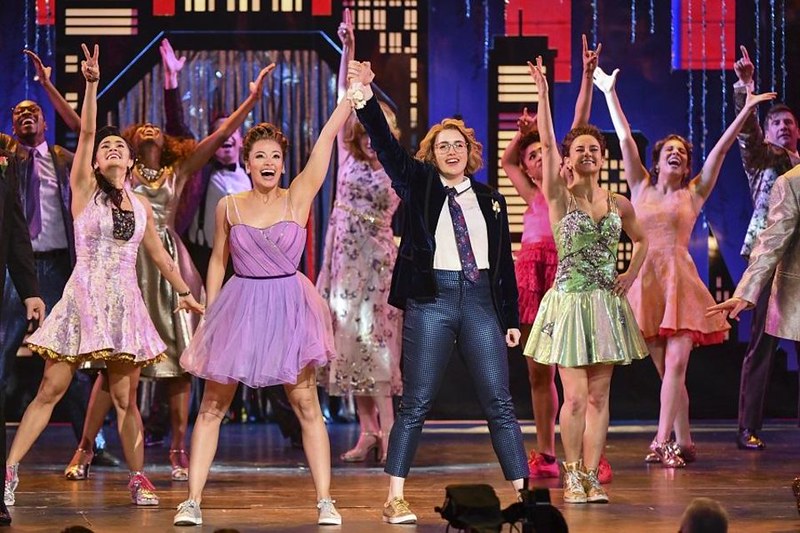 It’s Time To Dance (The Prom)

“It’s Time To Dance” is a perfect finale for The Prom (what’s the prom without dancing after all). The show is all about empowerment and acceptance and it was wonderfully encapsulated with this song. After all the rejections and being treated as an outcast by her school, Emma with the help from Dee dee and her friends finally get the prom she deserves. The school finally organized an LGBTQ-friendly prom. Emma and Alyssa finally get their dance and share a kiss. The song is also accompanied with graceful choreography and colorful school prom setting along with a short reprise of Dance with You. 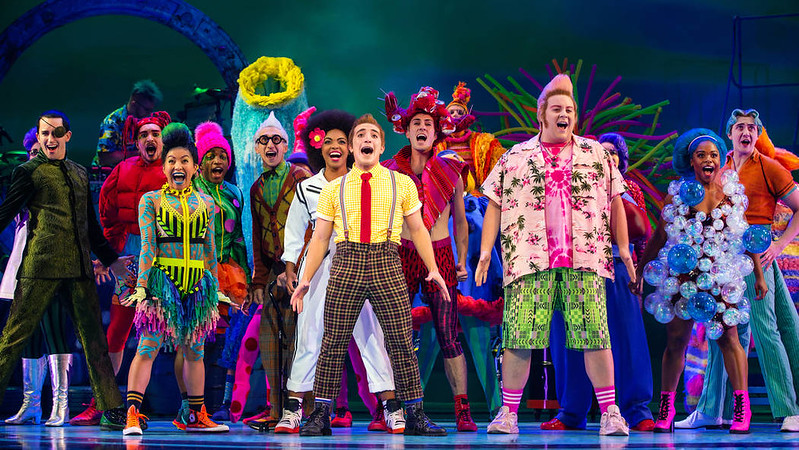 Who would have thought that Spongebob can conquer all platforms from the small screen to the big screen, to Broadway stage? Spongebob Squarepants Musical was surprisingly amazing and was a critical acclaim with 12 Tony Nominations! Bikini Bottom Day was reprised three times in the show (the first two was sang at the beginning of both acts). Sandy was finally welcomed back by the people of the Bikini Bottom after helping Spongebob stop the erupting volcano which could have wiped out the entire town. Aside from the colorful production, the final reprise of Bikini Bottom Day also features a very familiar character ~ Patchy the Pirate. The song is also followed the original Spongebob Squarepant’s Theme song. 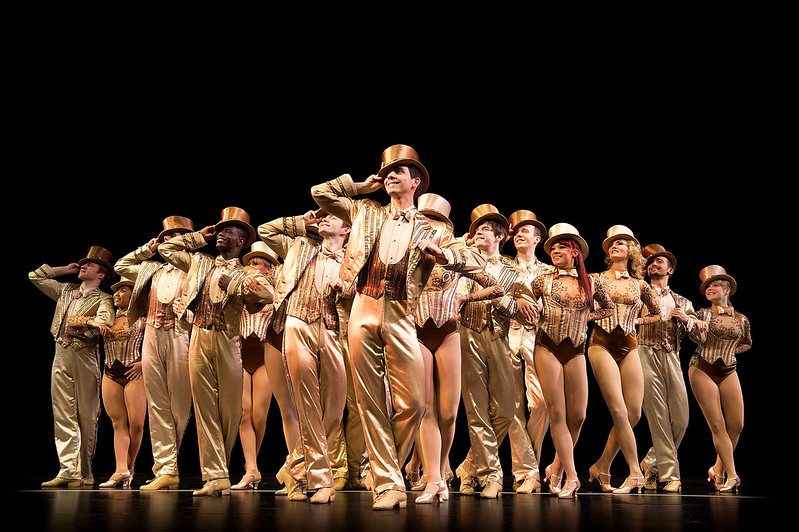 One (A Chorus Line)

With those shining gold outfits and iconic choreography, One is truly one of the most memorable finale in musical history. The dancers finally dance the chorus number for an unnamed and unseen star. They are all wearing uniforms so it is impossible to tell them apart. Aside from the chosen eight dancers, the final song also includes those that were eliminated during the audition. What’s really more interesting about this finale is the message itself. All throughout the show, the backstory of each character are being highlighted and their uniqueness and differences were being emphasized. However, as the show concludes and as the chorus was finally formed, all of these unique traits were vanished and disregarded as they all perform behind the real (unnamed) star of the show which also reflects the reality of the show business. 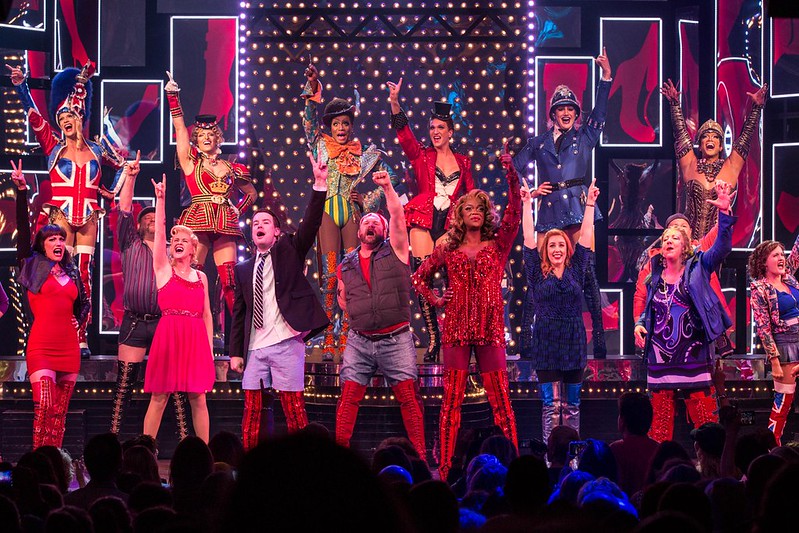 Raise You Up/ Just Be (Kinky Boots)

With music from Cyndi Lauper, Kinky Boots will surely let the audience leave with head over heels. It concludes triumphantly with Raise You Up and Just Be which both conveys the powerful message of empowerment and acceptance. Whether you have watched the original movie or not, the final act follows Charlie as he gambles himself and his struggling business in the fashion show in Milan. His attempt, however, ended up in such a disaster but Lola and her angels managed to save the day as they surprisingly arrive and hit the runway showcasing the colorful and shiny boots. “Raise You Up” is about the friendship that Charlie and Lola surprisingly built while “Just Be” is all about acceptance and celebrating life triumphantly. 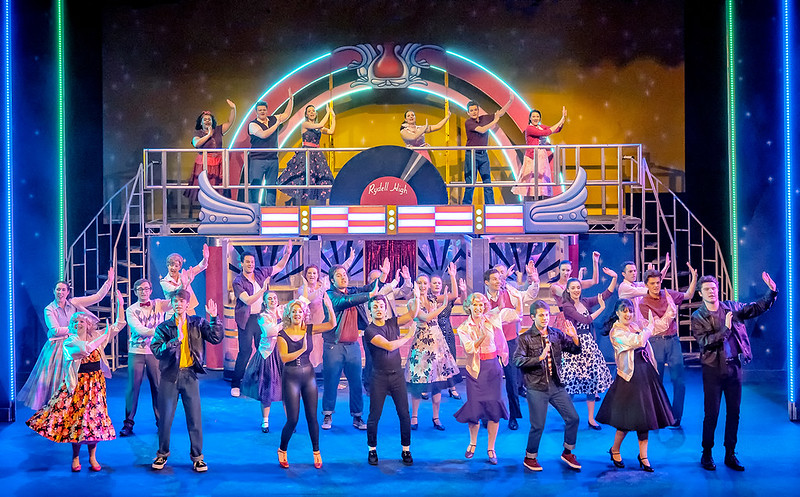 We Go Together (Grease)

Another classic! Grease has a great roster of iconic songs from “Summer Nights” to “Hopelessly Devoted To You” ,”You’re the One that I Want“, and “Grease Lightning“. “We Go Together”, on the other hand, is equally catchy and powerful. The song is being sung at the end of both acts and it comes with catchy lyrics and choreography that will surely put you in such energetic vibe. Audience will surely leave the theater with these catchy tunes and tricky lyrics like “shoo bop shoo wadda wadda yipitty boom de boom” and “Chang chang chang-it-ty chang shoo-bop“. Not to mention the iconic dance steps which sends the audience into a colorful disco vibe. 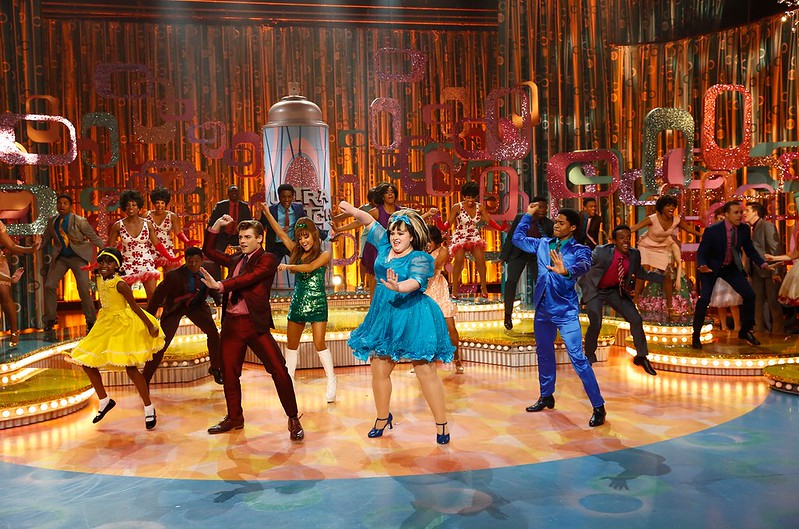 You Can’t Stop The Beat (Hairspray)

Of all the musical finales, i guess nothing can be more colorful and joyful than “You Can’t Stop the Beat” of Hairspray. Some even dubbed it as “infectiously catchy song” and I couldn’t agree more. While the show features a collection of great and catchy songs like “Good morning Baltimore“, “I Can Hear the Bells“, and “Without Love“, “We Can’t Stop the Beat” has become the show’s main anthem. For those who are not aware, this iconic song was actually a tribute to Tina Turner’s 60’s classic “River Deep Mountain High“. As powerful as its choreography, You Can’t Stop The Beat conveys powerful message about size discrimination, racism, social change, and revolution. A classic musical song indeed!

For Local Musical reviews, feel free to check these articles below 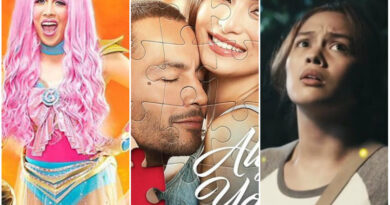