We’re back at the History Con 2016. We’re done featuring the event’s extensive car collections and now allow me to feature some of the exciting exhibit booths, activities and happenings from the recently held History Con 2016.  As what the title of the event suggests, it is all about History and we are not just referring to History Channel shows alone. The event will take you back in time as it features some interesting items that will bring so much nostalgia. Apart from that, the event also tried to break three world records too! History making indeed! 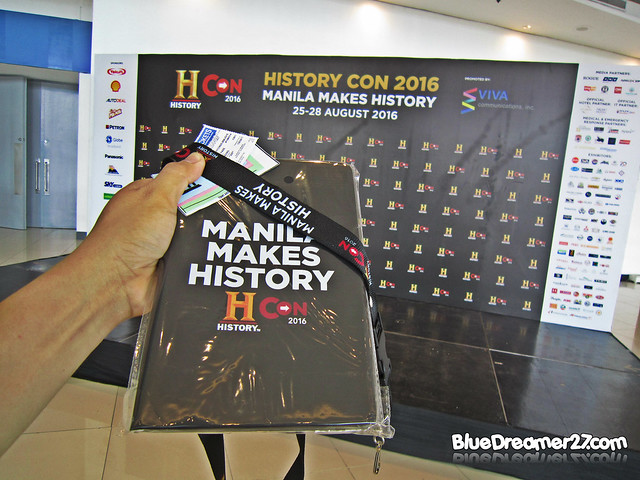 Day Passers will receive this notebook and a lanyard for free! I actually thought that the tickets are only purchasable online, thus only credit card owners can avail them. Luckily a friend of mine who attended the first day informed me that there are ticket booths outside selling tickets! 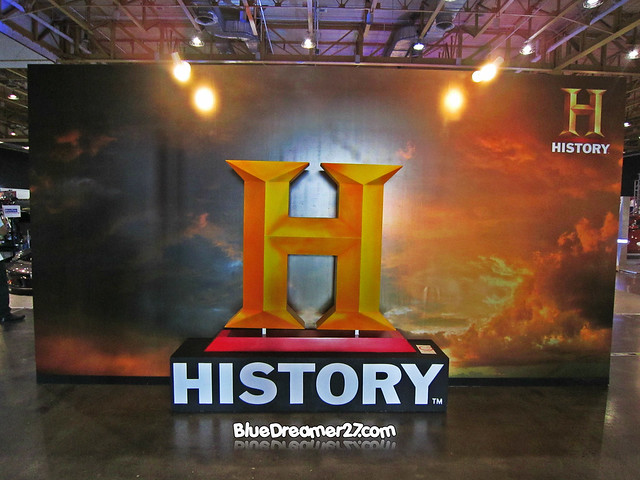 The History Channel Logo Standee welcomes all the visitors! 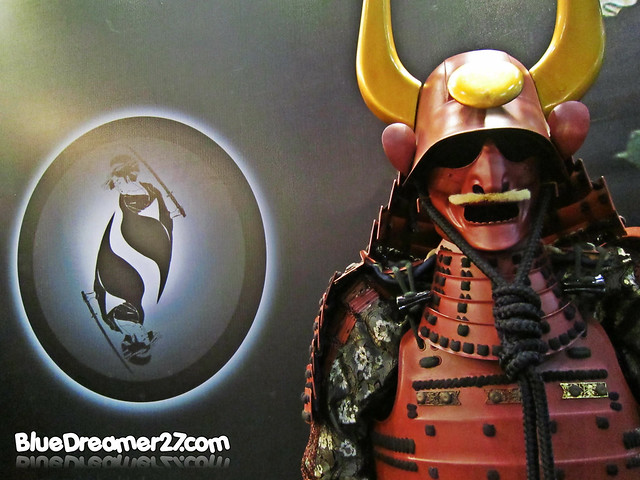 One of the most interesting booths from this event is the Geisha Blade booths and that is for one main thing, the SWORDS! The Ninja guy inside me freaks out after witnessing those authentic swords upclose! Geisha Blade is the pioneer shop here in the Philippines that caters Japanese style swords (Samurai) and samurai armors (Yoroi). 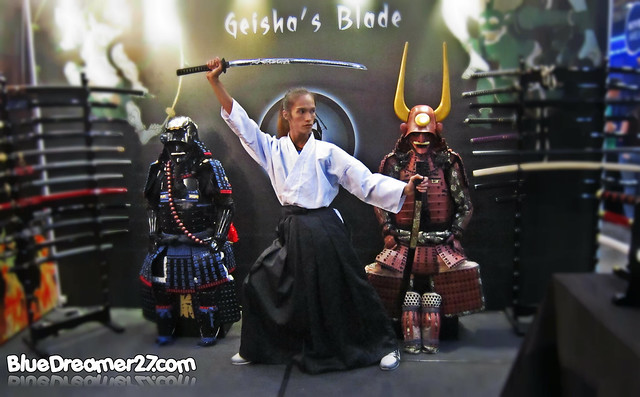 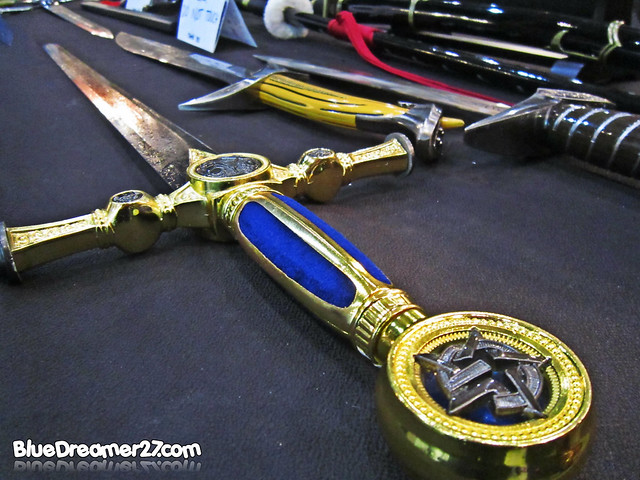 A sword with gold plated hilt with intricate detailing! 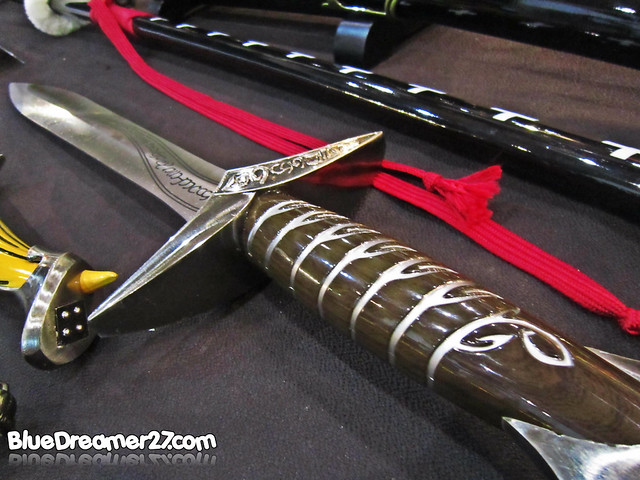 A short sword with ancient scriptures on it. (Not sure what it’s called though) 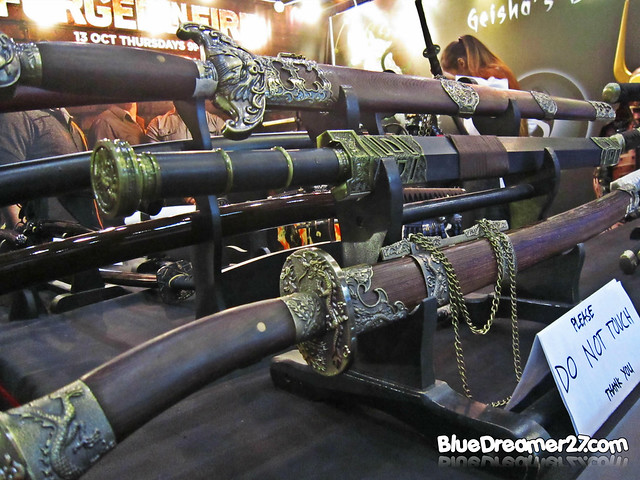 Japanese Samurai swords in display. They got different styles and lengths too. 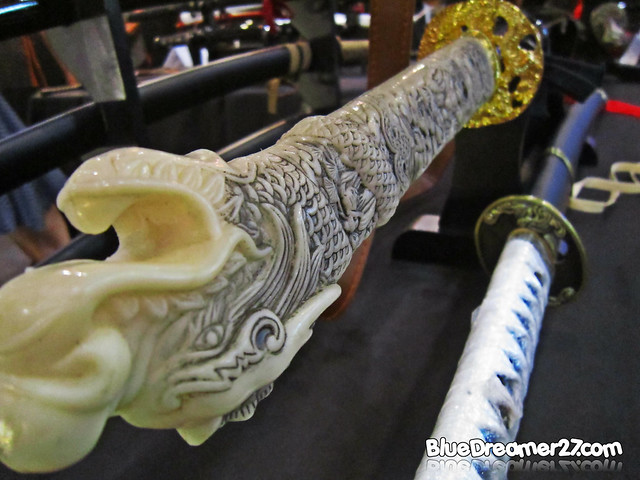 How about this sword with porcelain hilt? 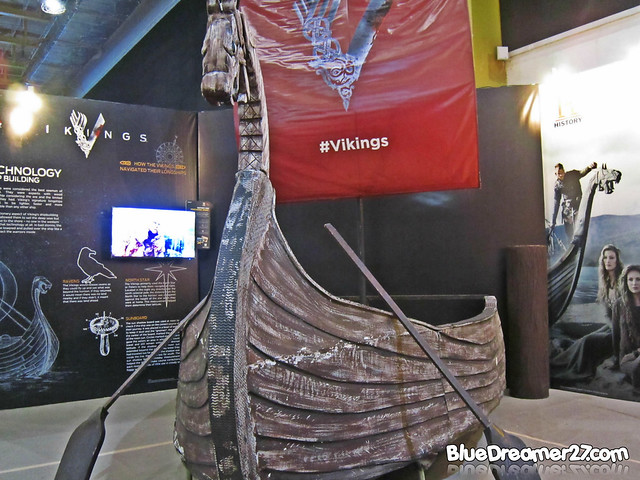 Vikings is an Irish-Canadian historical drama television series for History Channel and was recently renewed for another season. Vikings is inspired by the sagas of Viking Ragnar Lothbrok, one of the best-known legendary Norse heroes and notorious as the scourge of England and France. The show portrays Ragnar as a farmer who rises to fame by successful raids into England, and eventually becomes a Scandinavian king. The booth features a mini Viking ship where visitors can take photos. 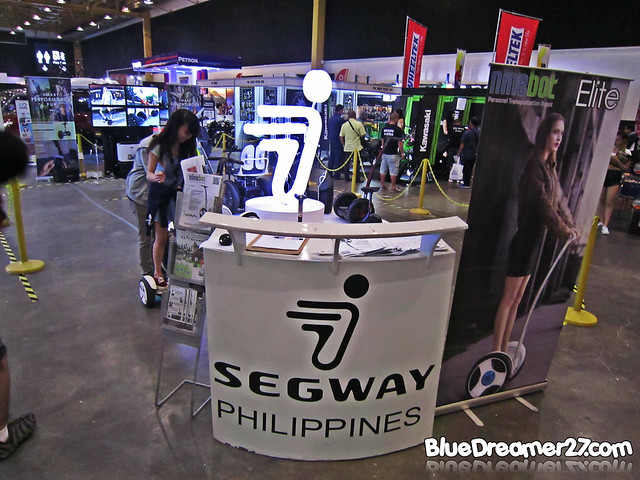 Segway may not take you back in time but it will bring you the future! Segway was brought here in the Philippines in 2011 and now they are promoting their new line of items including the newest generations of vehicles such as NineBot One, the Ninebot Mini Personal Transportation Robot, Ninebot Elite, Segway X2 and more. 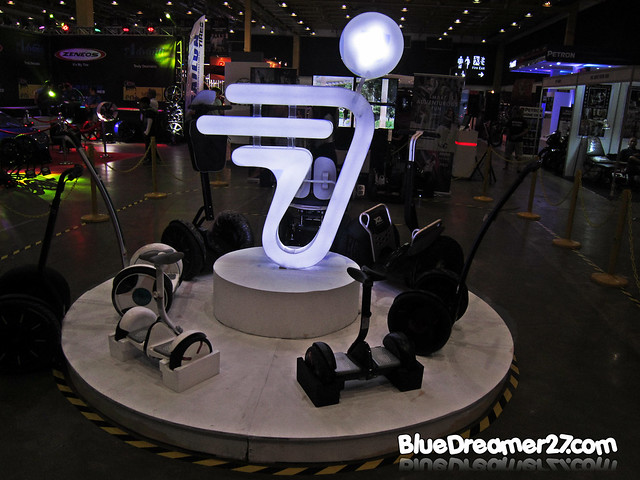 They also demonstrated each of their vehicles during the event! 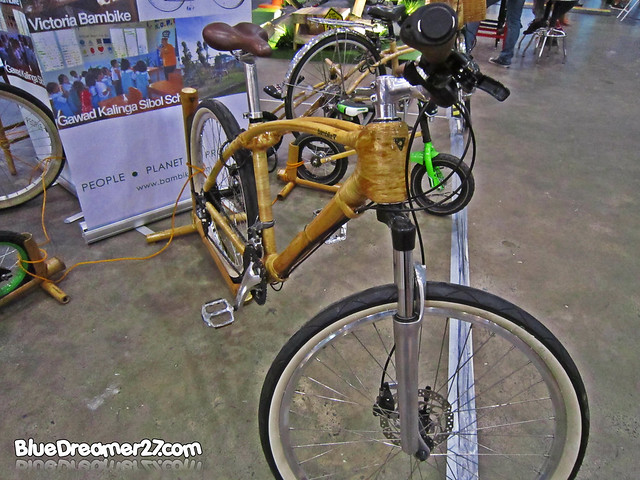 I find this bicycles really interesting and something that we Pinoy should be very proud of! Victoria Bambike is a bike that features frame that is made from Bamboos. Victoria is named after the town of Victoria, Tarlac, where the Gawad Kalinga Bambuilders live. 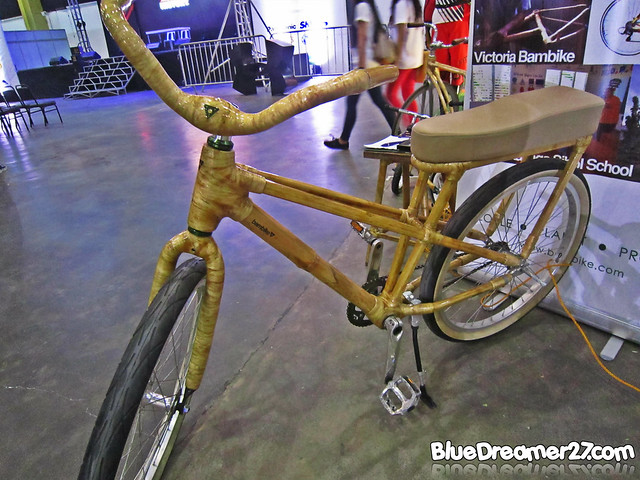 Victoria Bambike currently partnered with Gawad Kalinga and you’ve probably know them for their Bambike EcoTours in Intramuros! 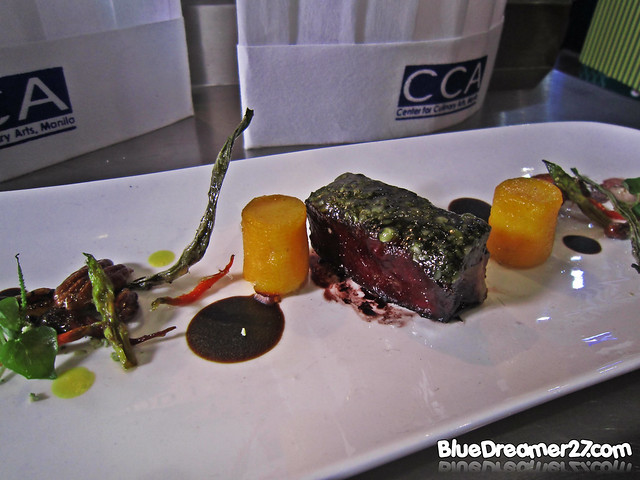 What would you expect from Center of Culinary Arts? Of course, they will showcase some of their special dishes. The picture above is an entree dish called Triumph of Zeus 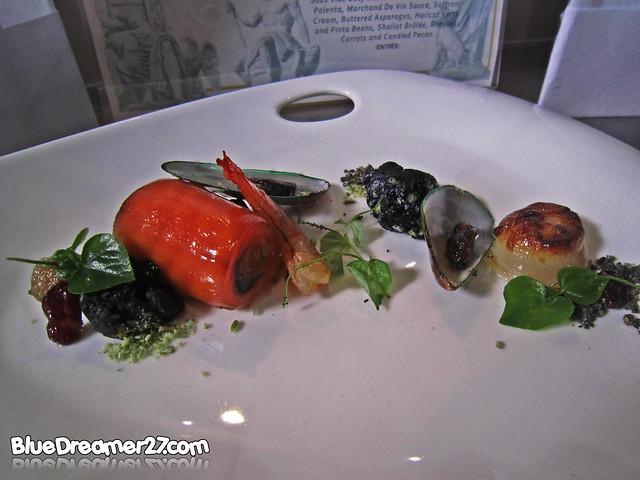 They feature three set of meal which they aptly called “Mount Olympus” because the names are merely inspired from Greek Mythology. This Seafood dish is called “Valor of Poseidon” 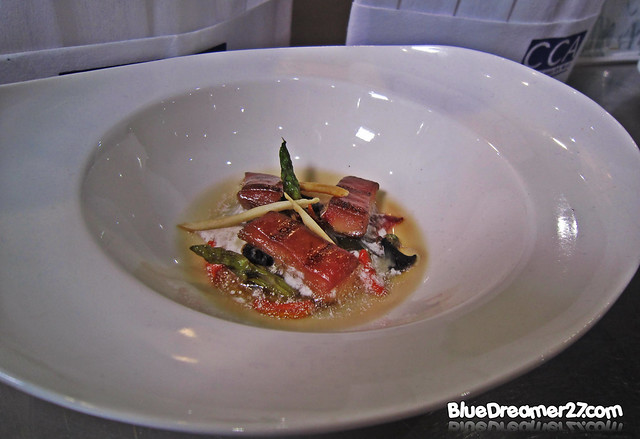 This Soup is called the “Absolution of Hades”. CCA chef Bruno Tirel graced the main stage to taught us all how to properly make Steaks and how to garnish it to make it look more appetizing. It was really fun to watch this witty chef and I actually learned a lot from him!

6.  Different Merchandises and Other Photobooths 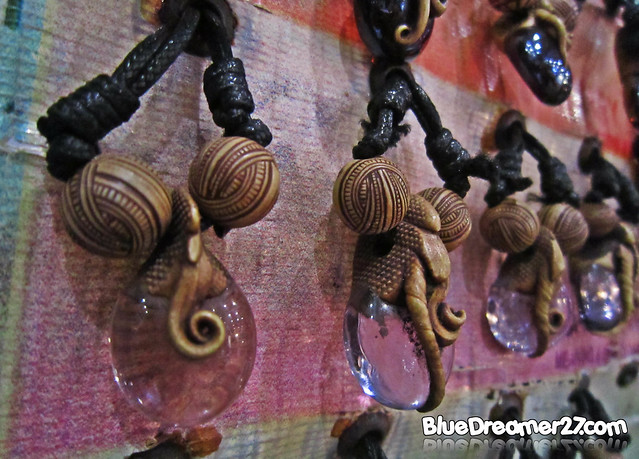 You’ll find an overwhelming amount of merchandises in the event promoting different items. The image above shows birthstone charms! 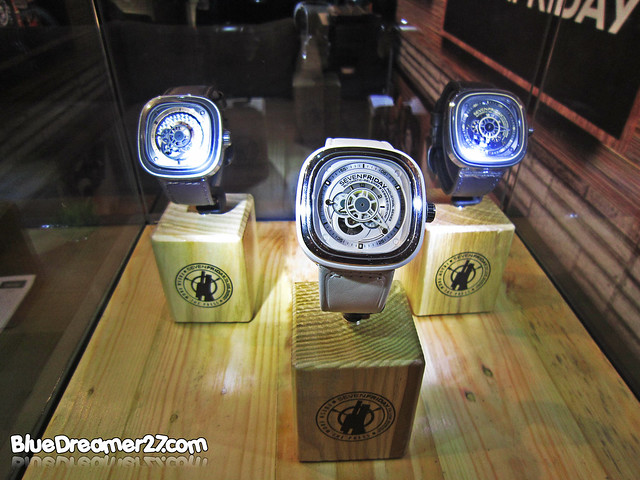 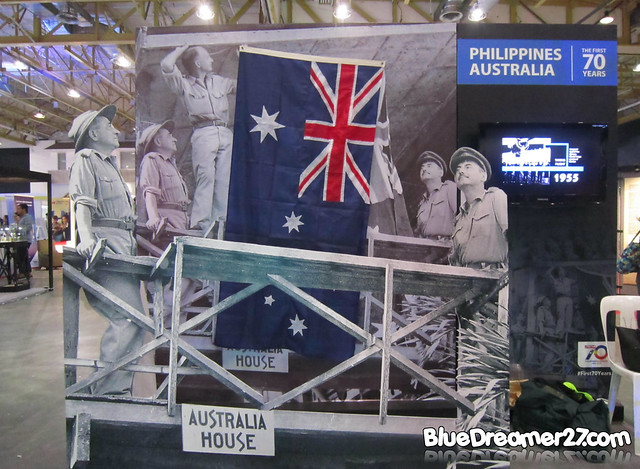 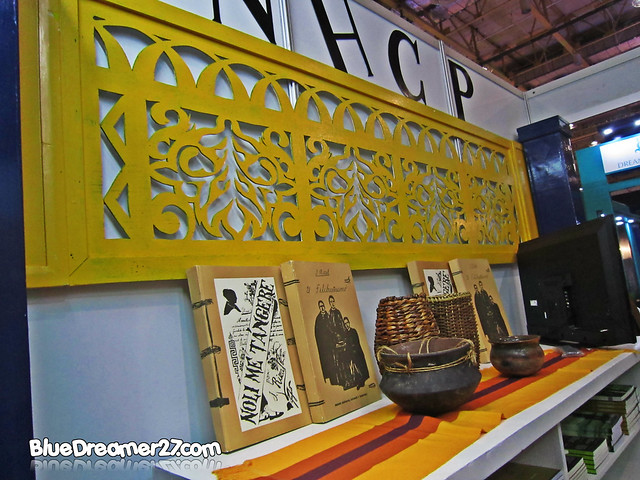 National Historical Commission of the Philippines (NHCP) features books such as hardbound copies of Noli Me Tangere and Eli Filibusterismo. 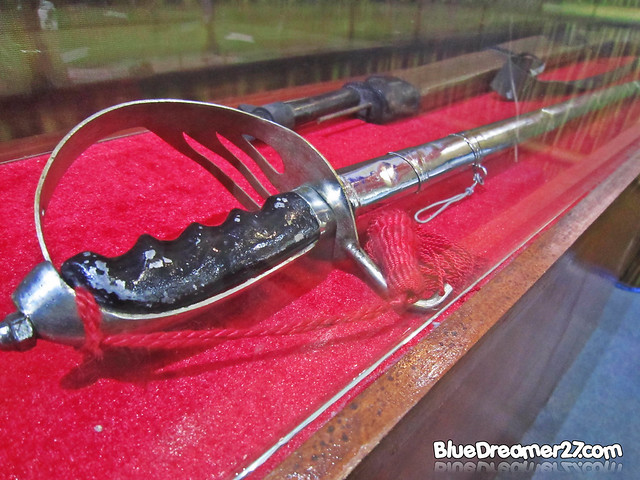 Aside from promoting the film, the booth also features some items related to Heneral Luna and they even sell Heneral Luna merchandises too. 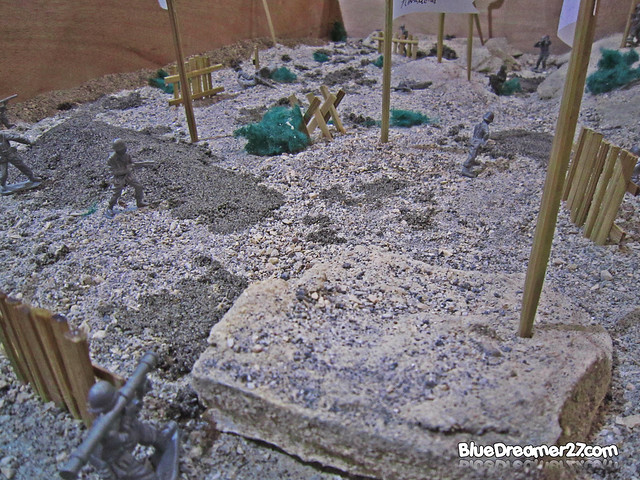 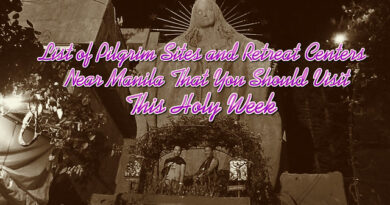