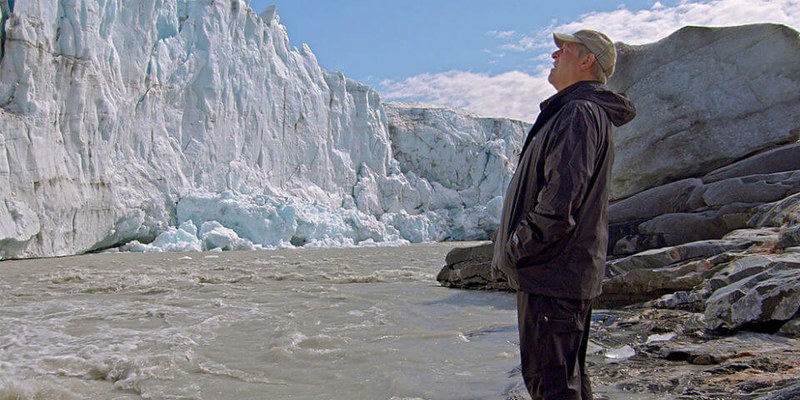 One thing about documentaries is that they will either show you the reality or they will manipulate your thoughts and make you believe that these things are really happening.  Some information can be very misleading yet they will present it to you in a way that they are something to believe in and that they came from very reliable sources. This, however, is not the case for The Inconvenient Sequel : Truth To Power. It is the sequel to the 2006 Award winning and critically acclaimed documentary “The Inconvenient Truth” which featured the former US Vice President who is now a devoted environmentalist Al Gore.

The Inconvenient Truth is a documentary that tackles about the climate change, the global warming and all the possible risks that this global phenomena can cause in the future. Some were telling that these are just exaggerated speculations with less scientific basis yet the world has experienced a series of drastic changes over the years turning this global phenomenon into a major catastrophe. The Inconvenient Sequel follows the journey of Al Gore and his seemingly endless battle against the climate change. The film will focus more on the events that occurred ten years after the first film. It gathers evidences on how much the world has changed for over a decade and how Al Gore, his advocacy through his Climate Reality Project, and his entire team exerted efforts in full extent just to raise the awareness about the global warming and its alarming effects to our environment. It also shows their struggles and the challenges they faced to promote and purse their project due to some political conflicts especially prior to the Paris Climate Agreement in 2016.

The film will greet you with some alarming footage of the melting glaciers and how much they changed over the years in such a quick period of time. Al Gore has devoted himself into this project despite of many struggles he encountered along the way yet the movie will show us how far they have come in this battle and how their efforts paid off as actions are starting to take place to resolve this global environmental problem. 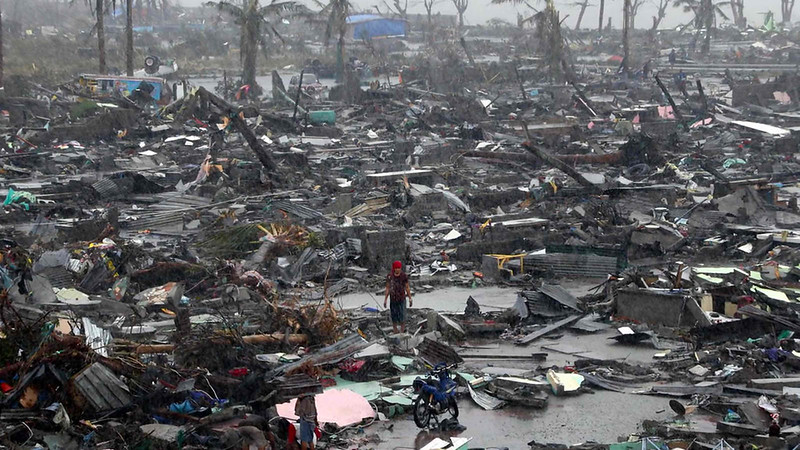 The Earth is changing and that’s a fact! We do not need any visual presentations or any scientific explanation just to convince us that something is not right. The nature itself is giving us the hint! The film will emphasize all the notable natural calamities that shocked the world including the devastating Typhoon Haiyan or better known as the Typhoon Yolanda which struck the Philippines in year 2013 and killed over 6300 people. Al Gore also highlighted  some events including the worsening flooding cases in Miami and other catastrophic events worldwide. It was also intriguing on how he managed to link the Syria Civil war on climate change as well as how much these changes can worsen an epidemic condition. The film also highlighted the devastation caused by Hurican Sandy in 2012 which flooded the World Trade Center. Interestingly, this was predicted by Al Gore in the first documentary.

Politics And the Struggle of Developing Countries

One thing I have learned about this movie is how politics can greatly interfere with this meaningful campaign. Al Gore will showed us how challenging it is to pursue such advocacy especially if there are conflict of interest much like what happened to India and the role of their leaders in the Paris Climate Agreement. Al Gore spoke to the country’s leader to encouraged them to make use of renewable energy as an alternative to coal which badly affects the environment. However, as a developing country, coal is the most affordable source of energy. But with continuous effort, India has reached a new milestone and now houses one of the world’s largest solar power plant!

One of the main purpose of Al Gore and his Climate Reality Project is to promote the advantage of renewable energy and to encourage everyone to make a switch. Renewable Energy or also known as Green Energy are energy that comes from natural sources such as sunlight, wind, rain, tides, plants, algae and geothermal heat. These energy resources are renewable, meaning they’re naturally replenished. He greatly encourage houses to make use of solar panels as an alternative source of energy. He even highlighted those towns and cities that are now using 100% of renewable energy including Georgetown , Texas and more. 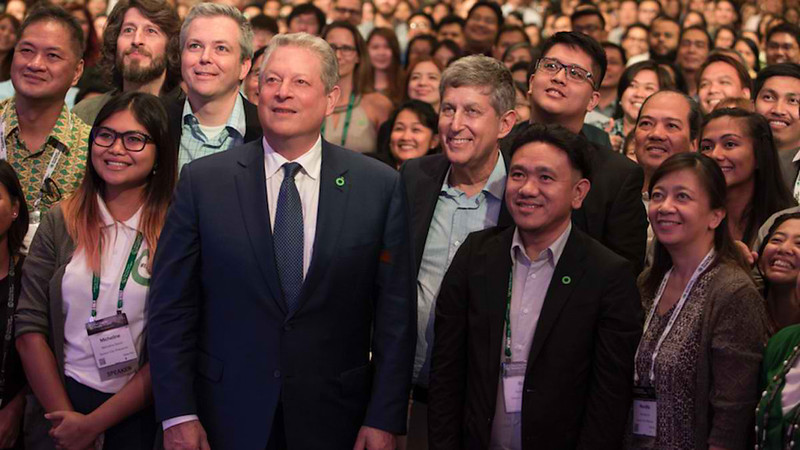 A Peace Of Hope

Despite of all the challenges, everything paid off! The Paris Agreement was a huge milestone for their battle. In this treaty,  each country determines, plans and regularly reports its own contribution it should make in order to mitigate global warming. Climate Change is a global phenomenon that is often being ignored or doesn’t receive much emphasis from the government so this agreement was a big step towards a great success of Al Gore’s climate change campaign. Al Gore gave us a peace of hope that this battle will soon come to an end and will eventually unite all nations with one mission and that is to save the planet from such terrifying condition for the sake of our future generations.

Like the first documentary, some people might be skeptical about the real purpose of this film. Is it something related to politics? An agenda? A Propaganda? The film might have tackled much about politics and its role on solving this global environmental issue but everything you will witness from this movie is something to ponder on. At the end of the movie, Donald Trump was highlighted. He recently announced his withdrawal from the Paris Agreement. It means that Gore and his team will have to start the battle once more. Gore, however, is no longer alone in this battle because most of his Climate Reality trainees are now leaders who help him spread the awareness of global warming all over the world. 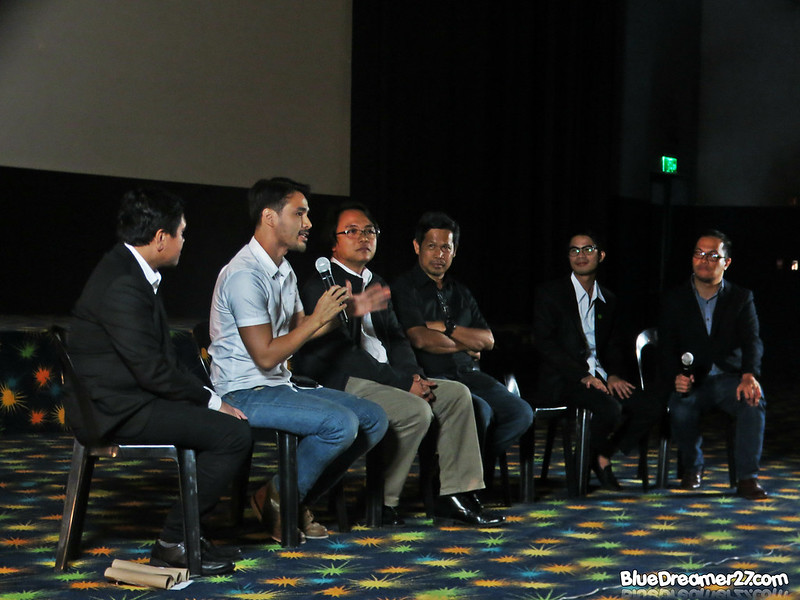 After the premier screening of the Inconvenient Sequel, a quick panel session was held. Senator Loren Legarda, Senator Risa Hontiveros and other media personalities were present in the discussion about climate change and the climate change project in the country. Panelists includes news reporter Atom Araulio (ABS-CBN), Naderev ‘Yeb’ Saño (Greenpeace Philippines), Fr Edu Gariguez (Caritas Philippines), Rodne Galicha (Climate Reality Project Country manager), John Leonard Chan (Climate Reality Leader) and Voltaire Tupaz(MovePH). They have tackled the things that are government and other organizations are doing with regards to the climate change and global warming. They have mentioned too the plans of including climate change in one of the school’s curriculum to educate the students about this matter. A brief yet meaningful message from Al Gore himself was shown prior to the panel discussion. 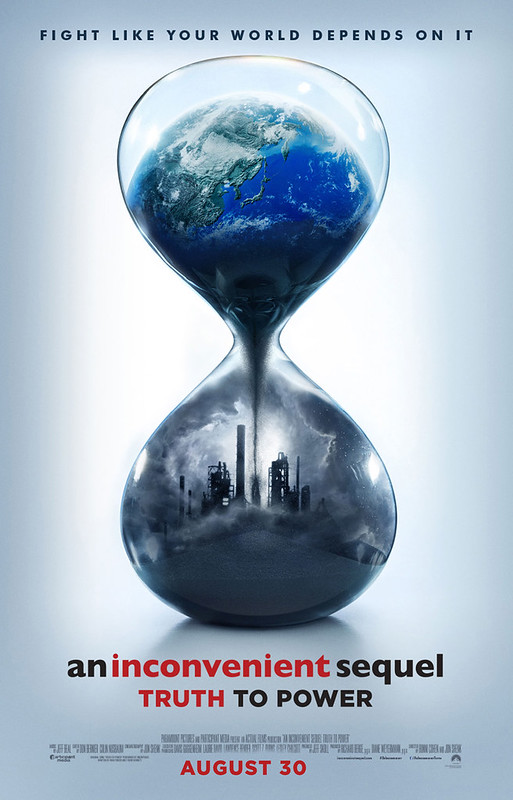 An Inconvenient Sequel Truth To Power will be shown exclusively in selected Ayala Malls Cinemas (Trinoma and Glorietta 4) starting August 30! You can also request for block screening to your province by contacting Climate Reality Project Philippines via email at philippines@climatereality.com

11 thoughts on “[Movie Review] An Inconvenient Sequel : Truth To Power”

We’ve been decorating the House since last week. We have bought some nice Christmas Decors and placed it outside the terrace. We decided to place the Christmas tree outside to

Are you familiar with the “Clean House” tv series? I’m such a big fan of this show especially when Niecy Nash is still hosting it, though I also love Tempestt