After the lectures done by three of the invited speakers , we had a quick lunch to prepare ourselves for the next activity, the highlight of the “Sulyap Sa Quiapo” series, the Baybayin workshop led by Mr Reimon Cosare. 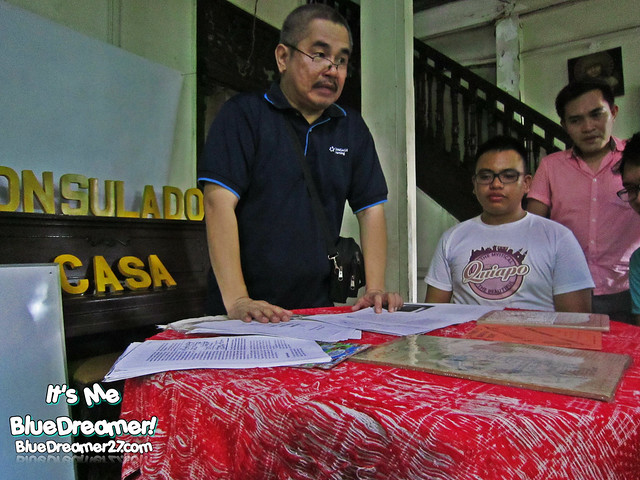 Mr Cosare has engaged Baybayin Calligraphy for more than a decade already and he also published books related to this subject including the “Ama, Ina, Anak”(Father, Mother, Child) and “Pinuno”. Both books are merely about his theories regarding with the origin of symbols used in baybayin and their connection to each other. 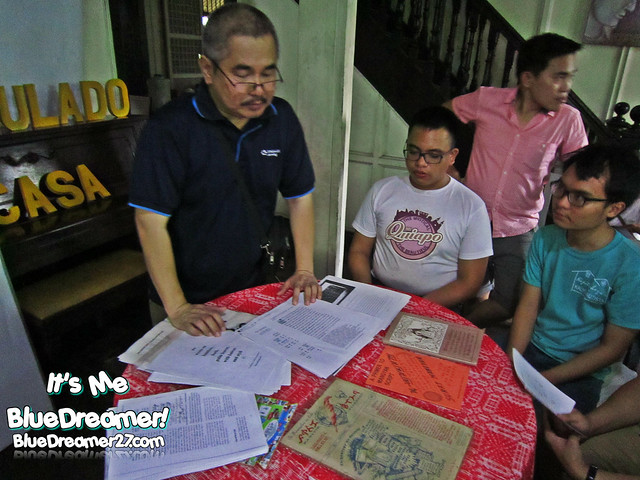 Prior to the actual workshop, Mr Cosare gave us a brief history about Baybayin.  Baybayin is actually a Tagalog native alphabet, an ancient Philippine script that derived from Brahmic scripts of India and first recorded in the 16th century.  When I was in highschool, this is formerly known as the “Alibata” until the “Baybayin Bill came in 2011 that declares Baybayin (wrongfully known as Alibata) as the national script of the Philippines. This bill actually mandates schools to teach Baybayin but it is sad that it is not generally implemented yet. Alibata by the way came from a coined term inspired from the first three letters of the Arabic alphabet “Alif”, “bā” and “tā”. 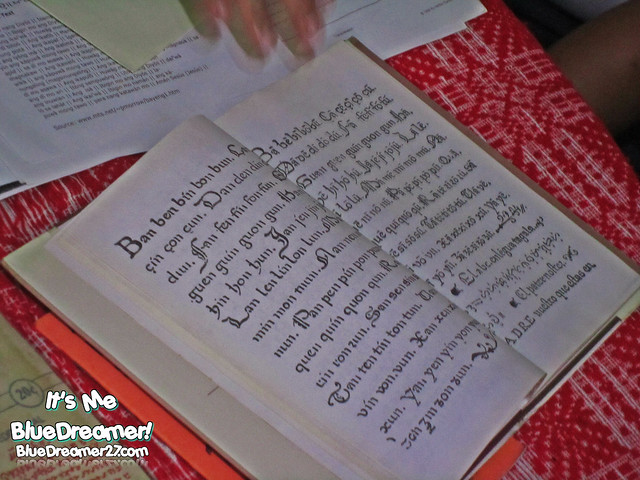 Mr Cosare showed off some books and samples where the Baybayin is being used. One of them is a the replicated copy of the Doctrina Christiana, one of the first books being published in the country. It was first published in 1593. 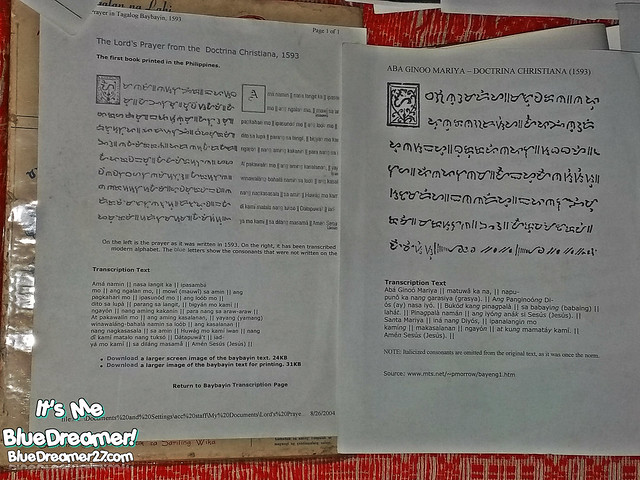 Most of the content of Doctrina Christiana are Catholic prayers that we are all familiar with. Each prayer is written sequentially in Spanish, Tagalog and then Baybayin. The two copies above shows “Ama Namin” (Our Father) and “Aba Ginoo Maria” (Hail Mary) both in Baybayin.  If you are going to read it though, you will noticed that there are missing letters to pronounce a word correctly and this is beacuase early Baybayin has no standalone consonants yet it seems like Filipino naturally understand them much like how we can easily interpret those shortened text messages today. 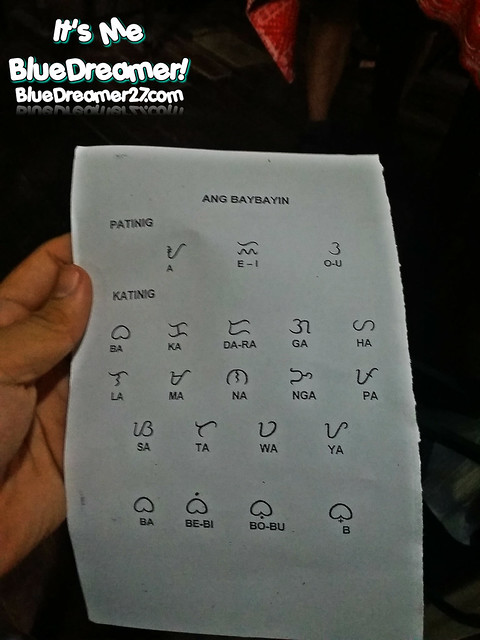 Here’s a quick guide to baybayin. Unlike the modern Filipino alphabet that is composed of 28 letters (including ñ and ng), Baybayin is only composed of 17 letters or symbols where 3 are Patinig(vowels) and 14 Katinig (consonants).  The Kudlit is used to identify how each symbol is pronounced. The cross, on the other hand is used to eliminate vowel sounds and make it as a standalone consonant. 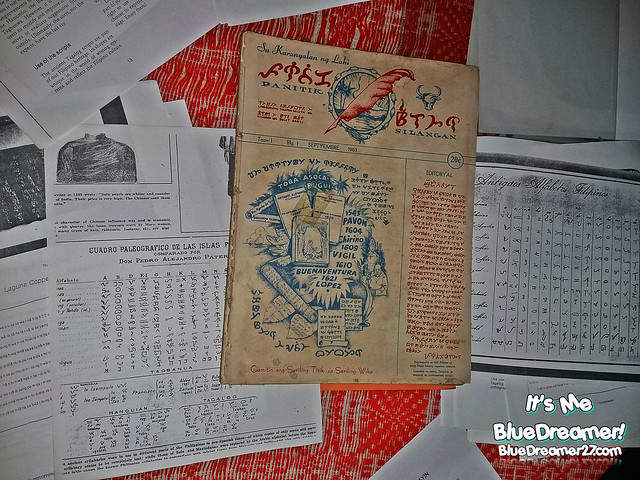 Another interesting item that he showed to us is this old Journal magazine “Panitik Silangan” which is all written both in Baybayin and Tagalog. 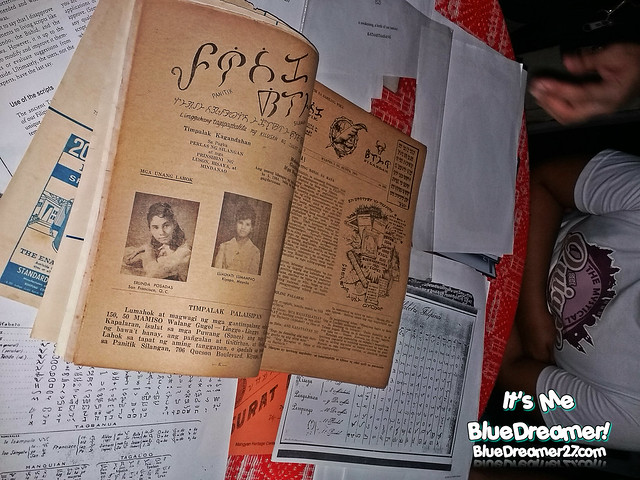 Here’s one of its interesting contents 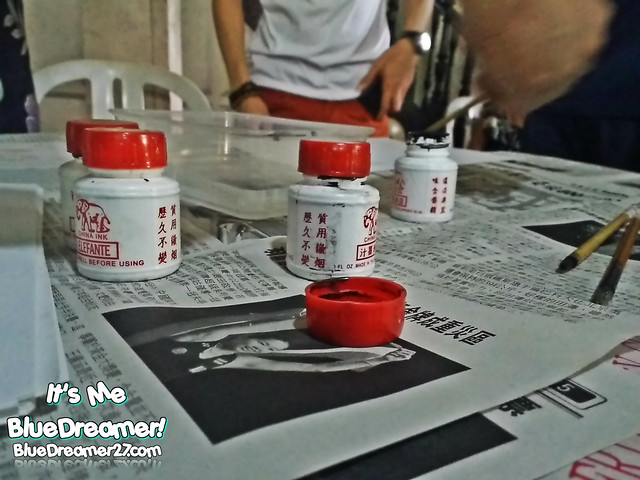 And now, for the most exciting part of the event, the Baybayin workshop. They provided us brushes and inks and a bunch of papers to practice Baybayin. It was really fun and definitely a great experience. It feels like learning a calligraphy but with Patrionism involved. 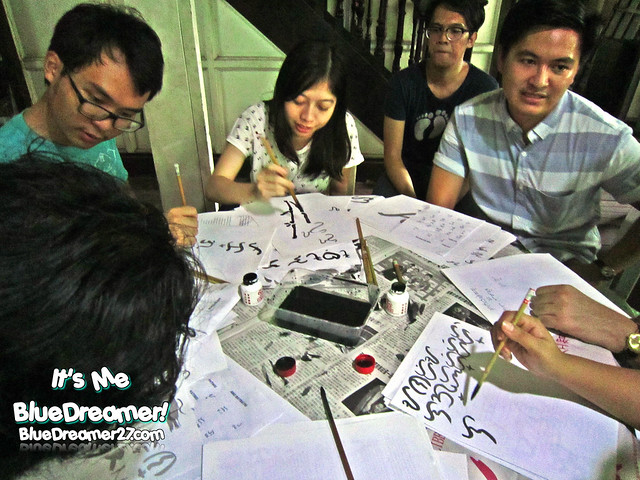 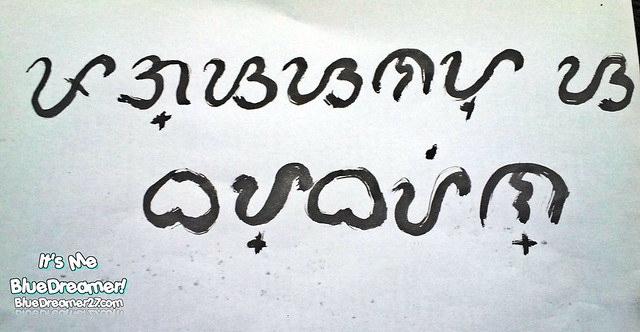 With the guide I provided above, do you think you can read this? Feel free to comment it below!

After the workshop we are lucky enough to be part of the quick tour in San Sebastian Church and I will post it my next entry.
For The mean time, you might want to check these posts as well
1. Exploring Casa Consulado
2. Sulyap Sa Quiapo Lecture Series

Oh by the way, I just made a poem written in Baybayin entitled “Puso Ko At Dalangin” 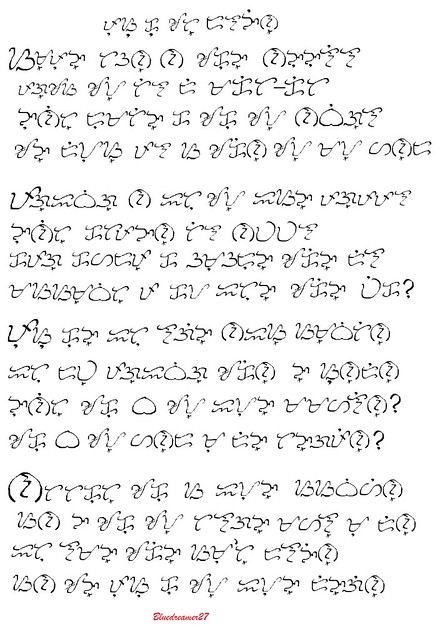 13 thoughts on “The Basics Of Baybayin By Mr Reimon Cosare”