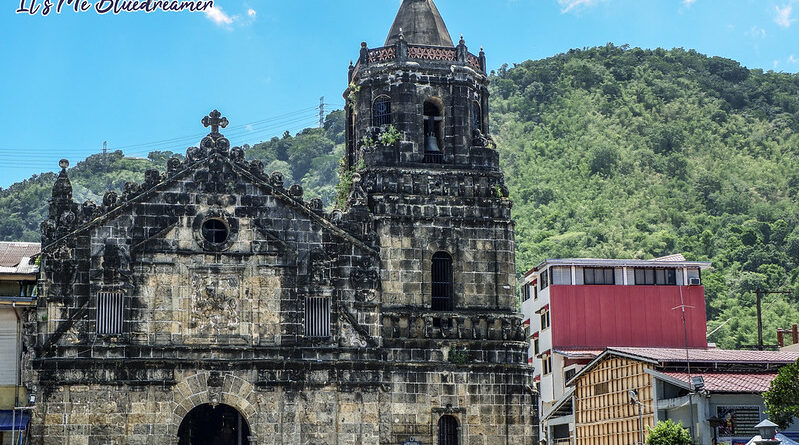 After visiting the Pagsanjan Church (Check : Our Lady of Guadalupe Parish in Pagsanjan), we headed to our fourth destination. This time, it is an old church in Paete that is dedicated under th patronage of Saint James the Apostle. The town of Paete is known for their wood carving industry and it is not really surprising that this century-old church became known for it as well. The church features a huge and exquisite collection of images depicting the Passion of Christ, its century-old paintings and wooden images of saints. 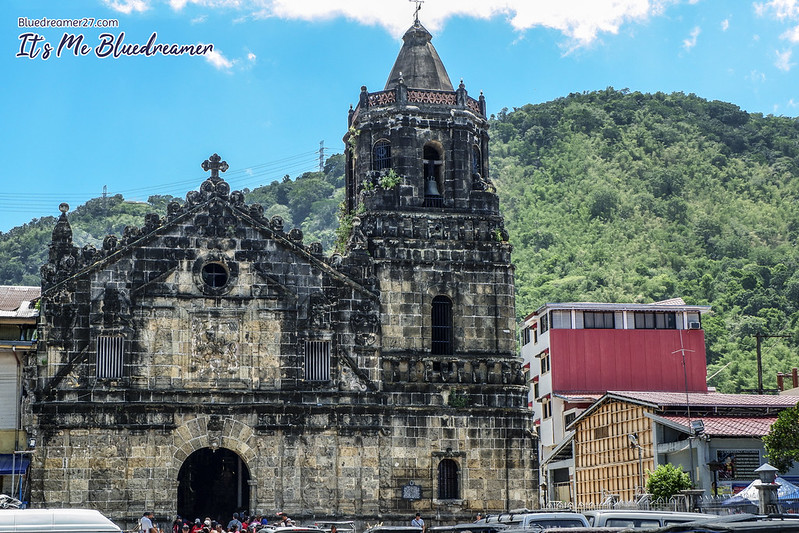 The church itself is already a masterpiece. We were welcomed with a wonderful scenery with the a luscious green mountain behind it serving as wonderful backdrop. Three years ago, the church celebrated its 300th anniversary which marks it to be one of the oldest churches in the province of Laguna and in Luzon. The Paete was founded in 1580 by Franciscan priest, Fray Juan Plasencia. During that time, the town and the church was dedicated under the patronage of Saint Lawrence. 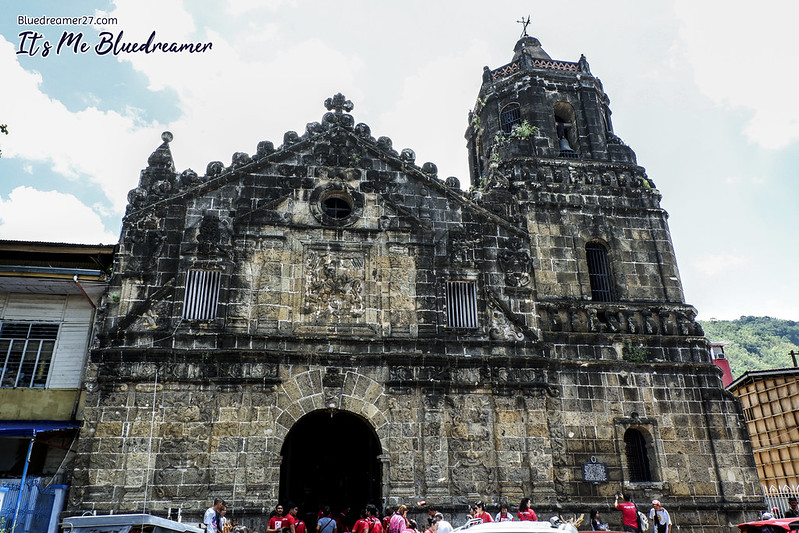 Like most old churches in the country, Paete Church was also tested by time. It went through many restoration as it was utterly damaged by natural calamities including the earthquake in 1717, 1880 and 1937. The church was also relocated several times. The church also served as a dungeon and torture house to the people of Paete during the Japanese occupation of the Philippines in World War II. 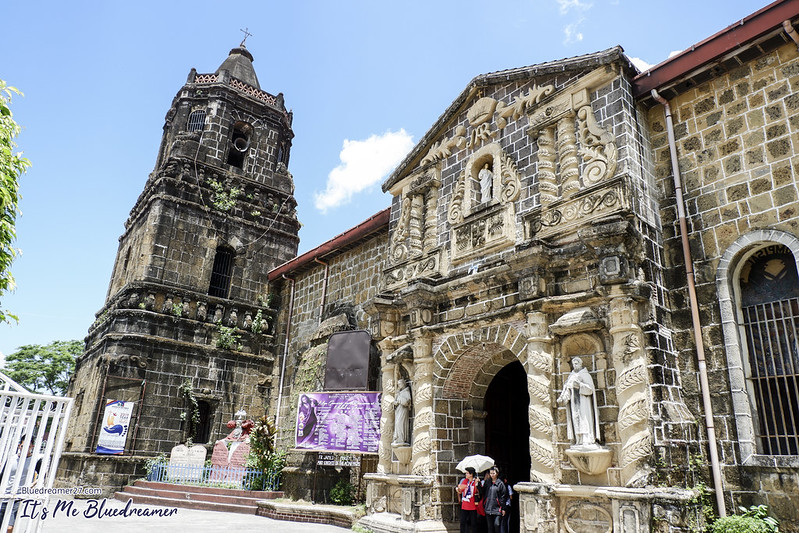 Side entrance to Paete Church. The church is 42 m (138 ft) long by 7 m (23 ft) thick by 42 m (138 ft) wide. Since the church was utterly destroyed numerous times due to earthquake,the current baroque mission church has large buttresses on each side to improve its earthquake resistance. 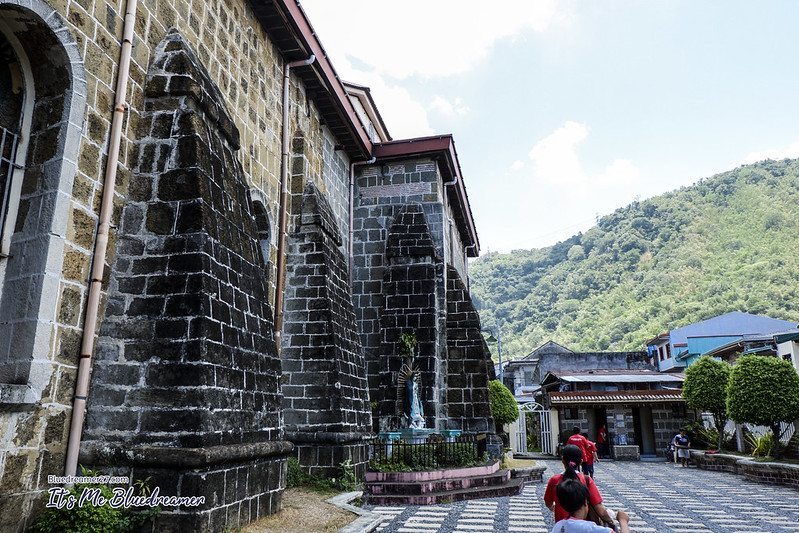 The thick buttresses on the side of the church. It was made of adobe bricks, a mixture of egg white and other native materials. The church has an elaborate baroque style with a fusion of oriental artistry. 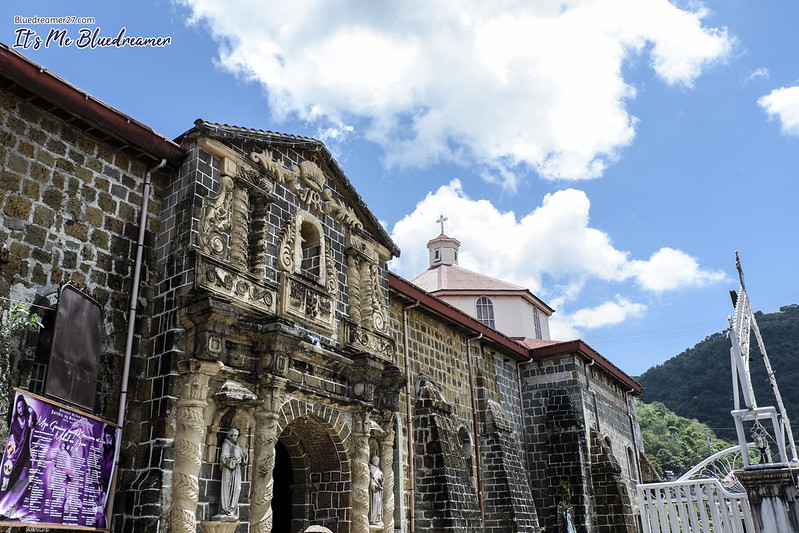 The side of the church showing the intricately decorated entrance, the thick buttresses and the portion of its dome. 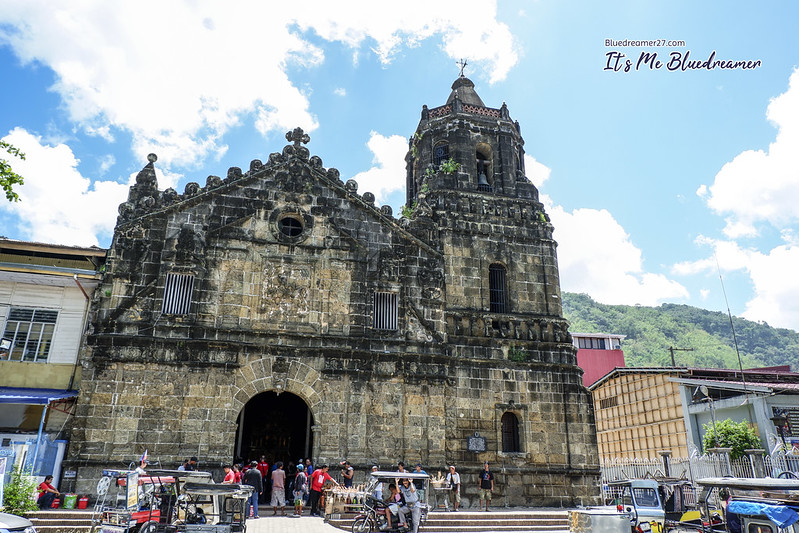 The facade alone is already a visual delight. The church’s facade is divided by a frieze that continues around the adjoining belltower. It has bas reliefs of leaves and flowers and a sculpted image of St. James depicted as a Santiago Matamoros (Saint James the Moor-slayer) in a central niche of the upper story.Interestingly, this is the same image you can find at the entrance gate of Fort Santiago in Intramuros (Check: Let’s Explore Manila: Fort Santiago). The relief of Saint James, however, is no longer the original image. The present relief which replaced the original one was installed in 1804. 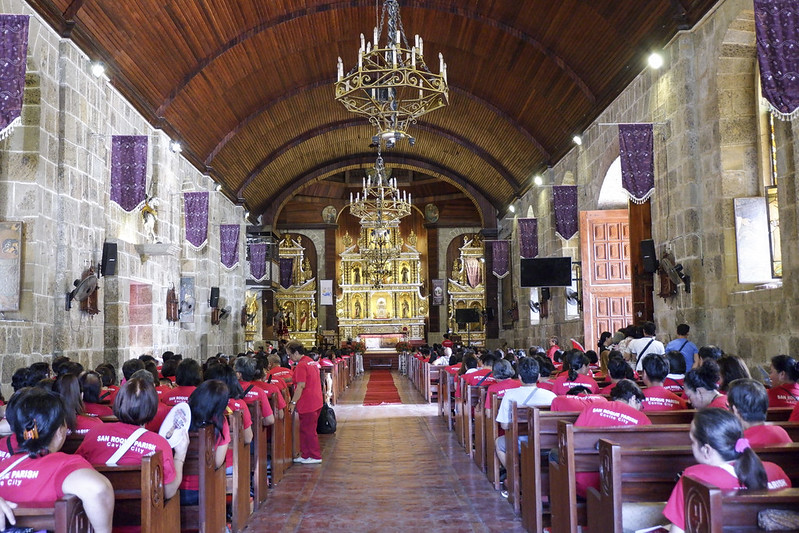 The interior of the church is equally stunning. Adorned with heavily ornate retablos and antique paintings. 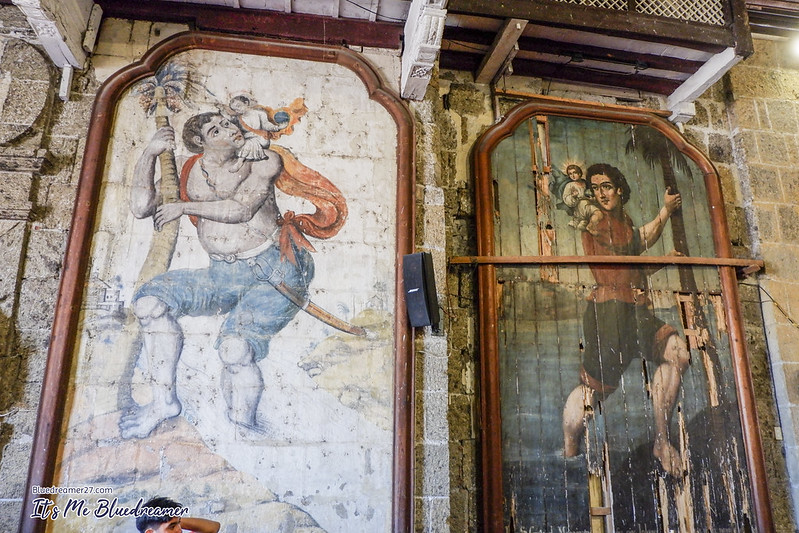 As you enter the church, you will be welcomed by this tall paintings by Luciano Dans. There are three huge paintings by Dans in Paete Church. One of which depicts  Langit, Lupa, Impiyerno (Heaven, Earth, Hell) and other features an image of San Cristobal. 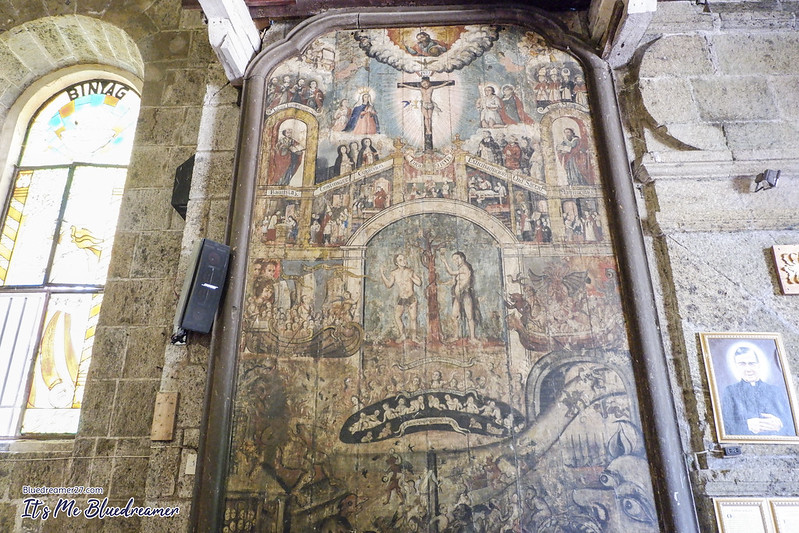 Dans used natural color pigments mixed with volcanic ash and brushes made from cats’ hair to create the murals. Sadly,  the paintings (especially the San Cristobal murals) currently need immediate conservation. A lot of wood panels inside the church, including the painted wood panels, are infested by termites. 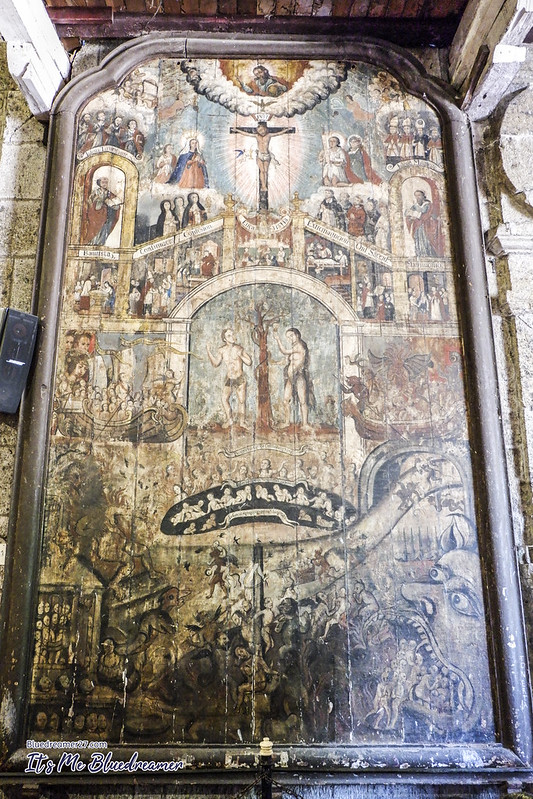 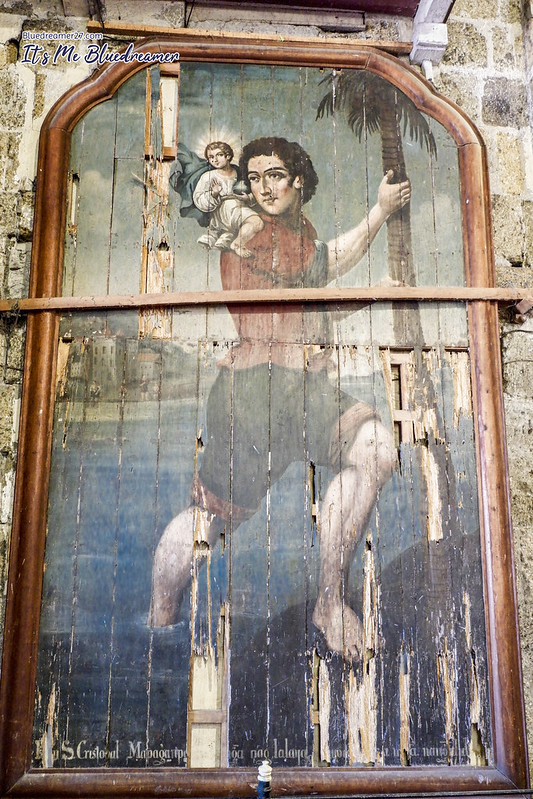 There are two murals of San Cristobal painted by Dans. In this version, it features San Cristobal carrying the infant Jesus while holding a palm tree. 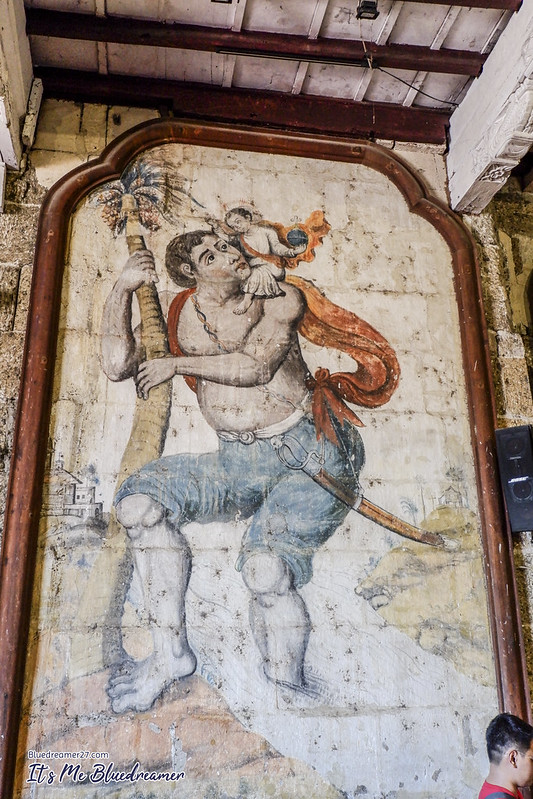 The other version, which is said to be the older one, features a far more interesting depiction of San Cristobal. It follows the same theme but features a more-Filipino interpretation of San Cristobal carrying the infant Jesus and equipped with a bolo. There is another painting by an unknown artist and the oldest among all murals inside the church Last Judgment or Juicio Final painted around 1720. 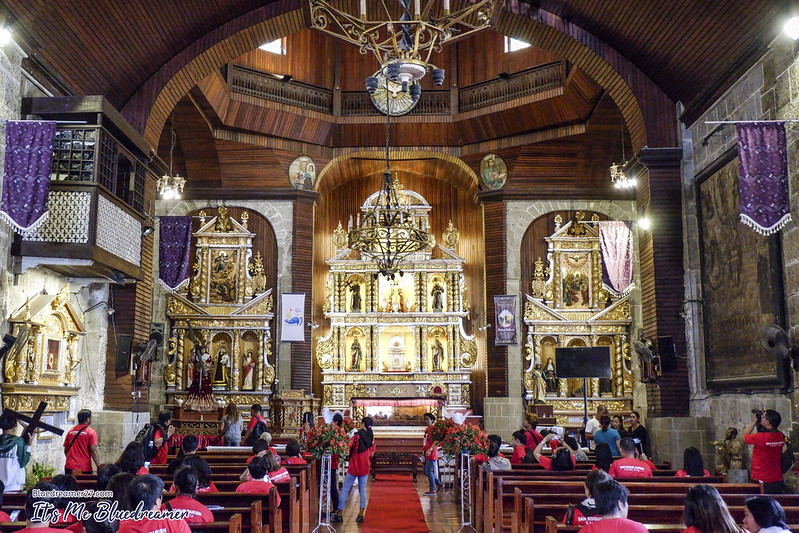 The old painting on the left side. 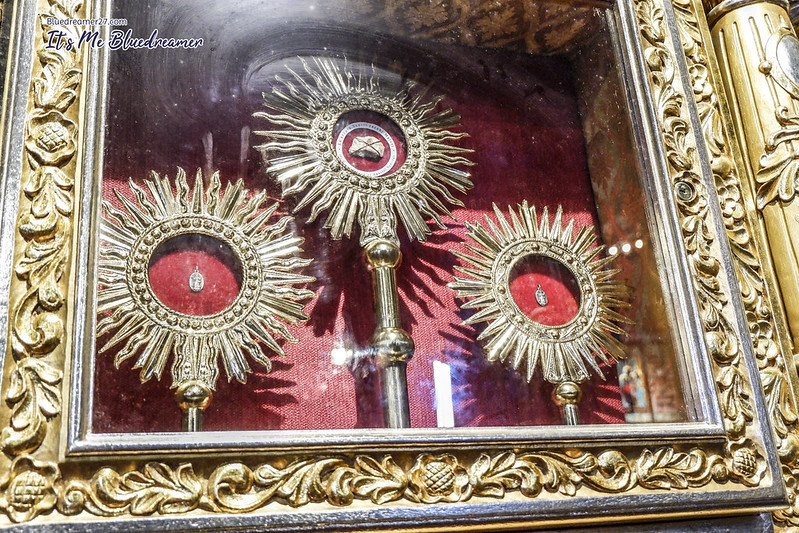 Opposite the oldest mural are three relics. Given by the Archbishop of Santiago de Compostela from Spain are three important relics;  two silver medals touched and blessed on the tomb of St. James the Apostle and a piece of rock from the Roman mausoleum that keeps the sacred remains of the apostle. 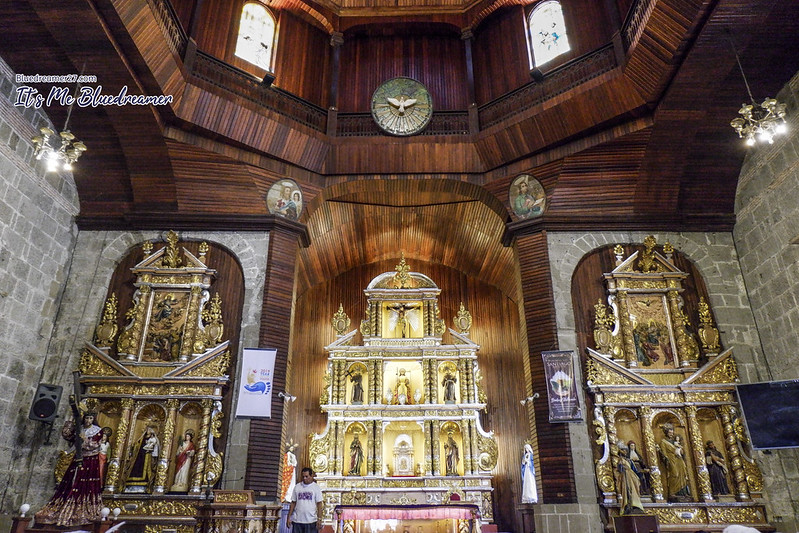 The fully ornate main retablo and side altars of Paete church. 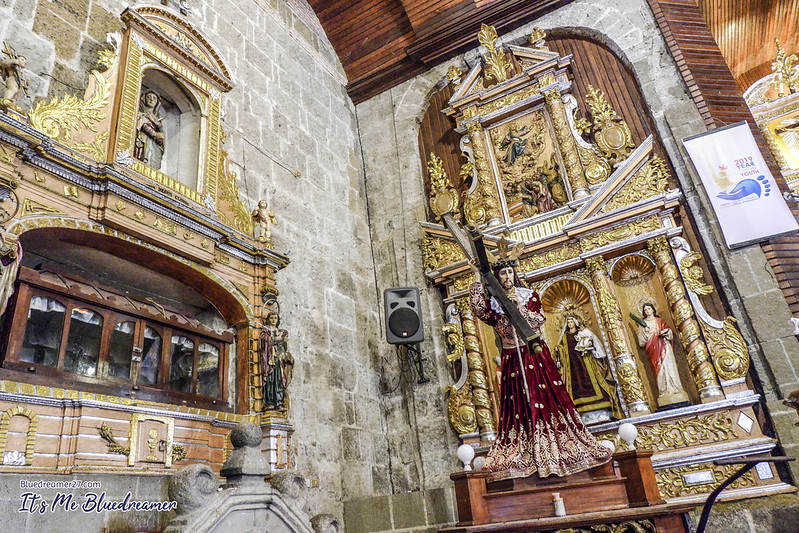 The left side altar features a bas relief of the Virgin Mary on the uppermost niche with the statues of Virgen del Carmen, Saint Lucy and Saint Barbara on the lower niche. There’s also an image of Jesus carrying the Cross displayed in front (I’m not sure if this is a replica of the Black Nazarene). There’s also another side altar with the image of Santo Entiero and and old statue depicting Our Lady of Sorrows. 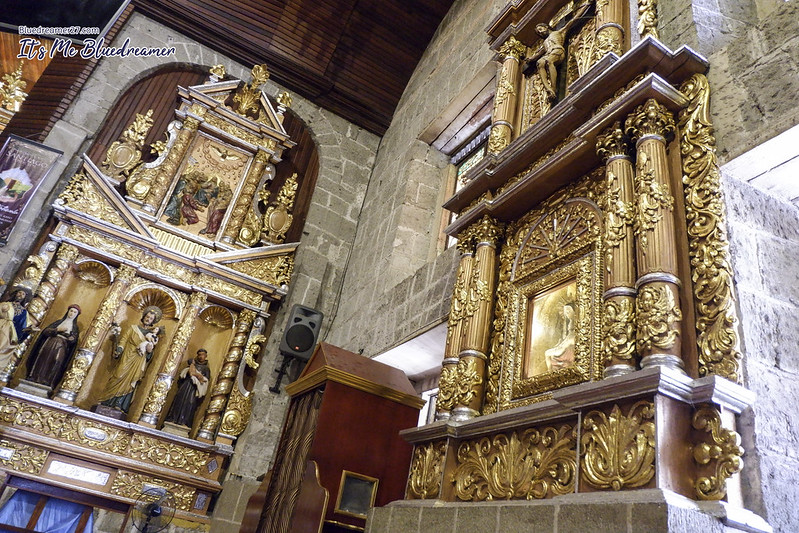 The side altar on the right features another bas relief depicting the Pentecost with the statues of Saint Joseph, Saint Anthony and Saint Rose of Lima on the lower niches. Another altar on the side features the Crucified Christ and the image of La Pieta. Generally, most of the images in the church depicts the Passion of Christ. 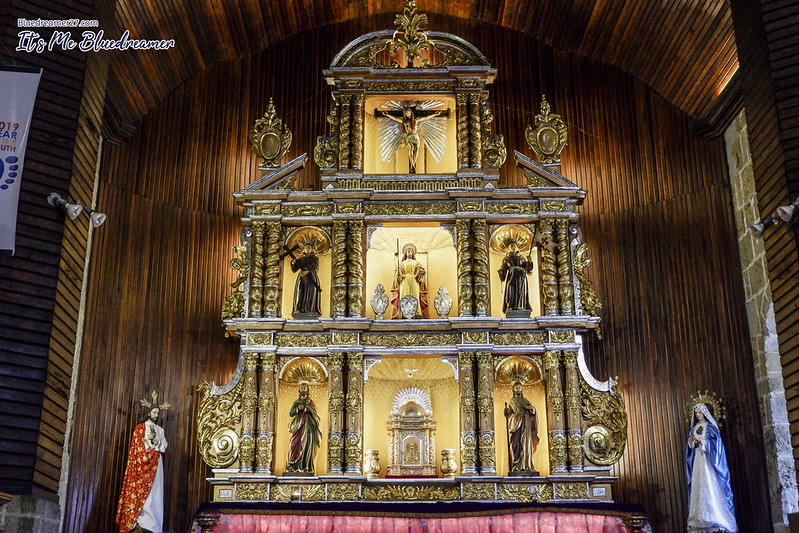 The main retablo of Paete Church. It features the Santo Cristo on the upper most niche, Saint James the Apostle on the center niche with images of San Pedro Bautista and San Juan Capistrano on both sides. The lower niches features the tabernacle on the center niche with Saints Peter and Paul on both sides. Immaculate Heart of Mary and the Sacred Heart of Jesus can also be found on the side of the altar.

This church is absolutely worth visiting. The feast day of the church is celebrated every 25th of July but they also have many activities during the Lenten season. Every Lent, it was already a tradition where  owners of privately owned religious images that were handed down from generations put up an exhibit of their religious icons on the church’s hall. 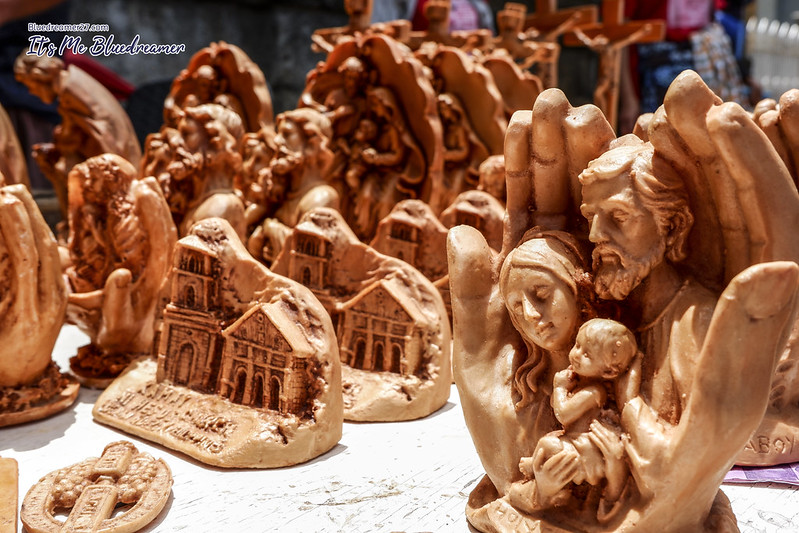 Outside the church, you’ll find lots of religious sculptures being sold. They are actually relatively cheaper than those religious items you can find in various religious shops and even those in Tayuman.

Saint James the Apostle Parish of Paete Church was part our Laguna Pilgrimage last year. After the Paete Church, we headed next to our fifth destination, another old church and this time, in Pakil, Laguna. 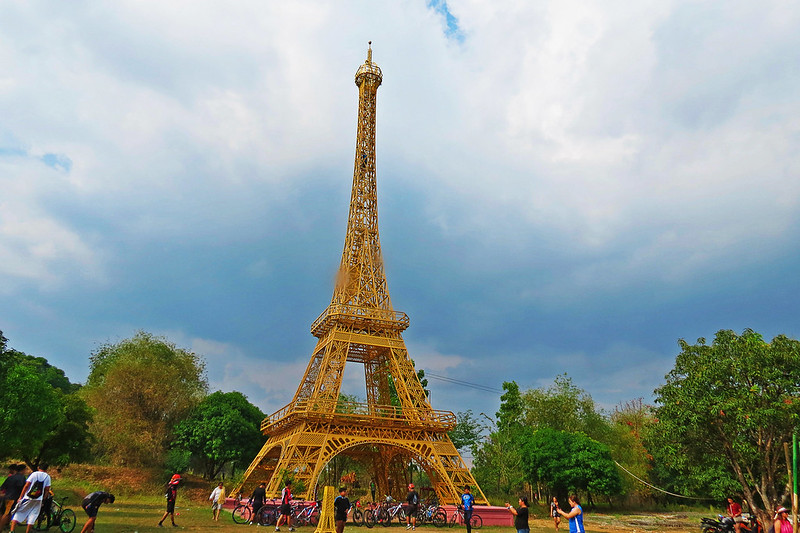 Adventure Resort : The Next Big Attraction In Bulacan 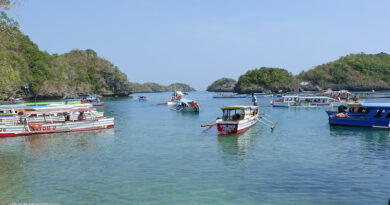