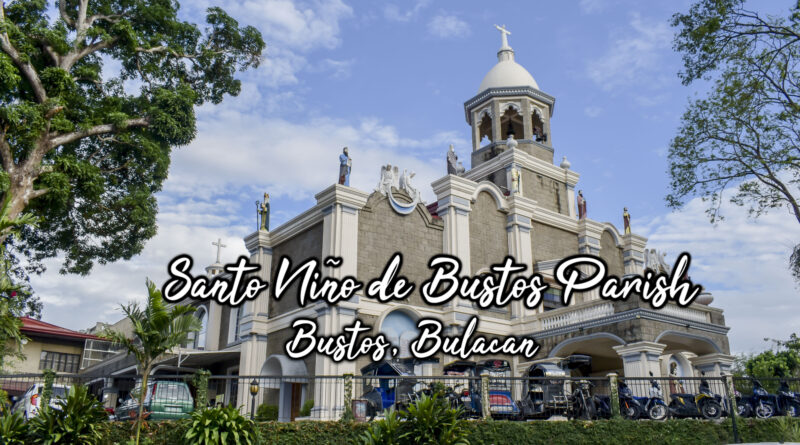 We concluded our Bulacan Pilgrimage in Bustos, Bulacan. Since the Minor Basilica of La Purisima Concepcion in Santa Maria, Bulacan was not accessible that time, we had to find another church to complete our pilgrimage.  So after our visit to Saint Augustine Parish, we had to find the nearest town next to Baliuag and our Waze app brought us to Bustos.

Interestingly Bustos was initially part of the town of Baliuag. However, due to a tragic incident in 1862, the locals of Bustos requested to have their own parish in their barrio. During that time, the only way to reach Saint Augustine Parish in Baliuag is to cross the river of Angat. A group of natives from Bustos along with their babies attempted to cross the wild river to attend a baptismal ceremony in Baliuag Church. Unfortunately, the raft they were riding accidentally capsized while crossing river due to the strong water current and they were drowned.

They eventually built a parish in Bustos dedicated under the patronage of the Santo Niño in honor of those infants that died in the river. Bustos became a separate town on April 29, 1867 but it became part of the Baliuag once again during the American period. The town became a distinct municipality on 1916. Padre Gabriel Alvarez served as the first parish priest of the Santo Niño de Bustos Parish. 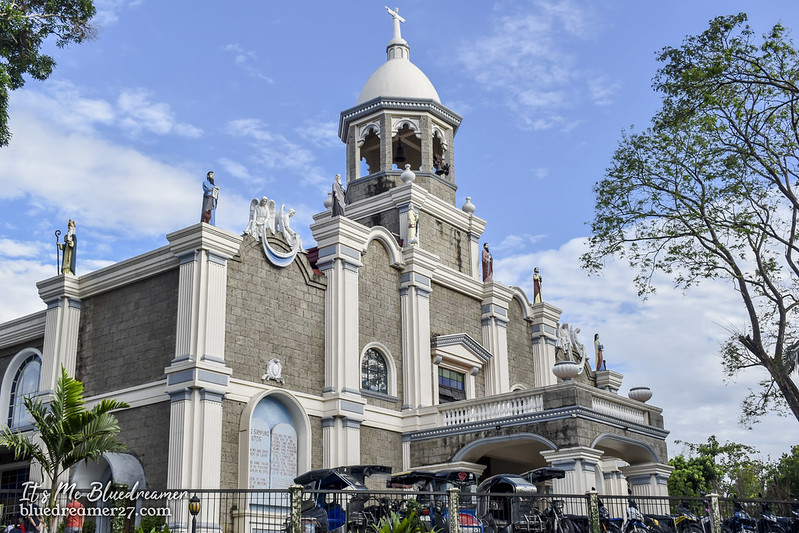 The Parish of Santo Niño in Bustos welcomes you with a very spacious exterior. It also comes with a stunning facade. This church started of as a makeshift structure until the new priest initiated the building of a stone church in 1872. However, the church was destroyed by Filipino revolutionaries in 1898. Since then, the church has undergone considerable restoration. 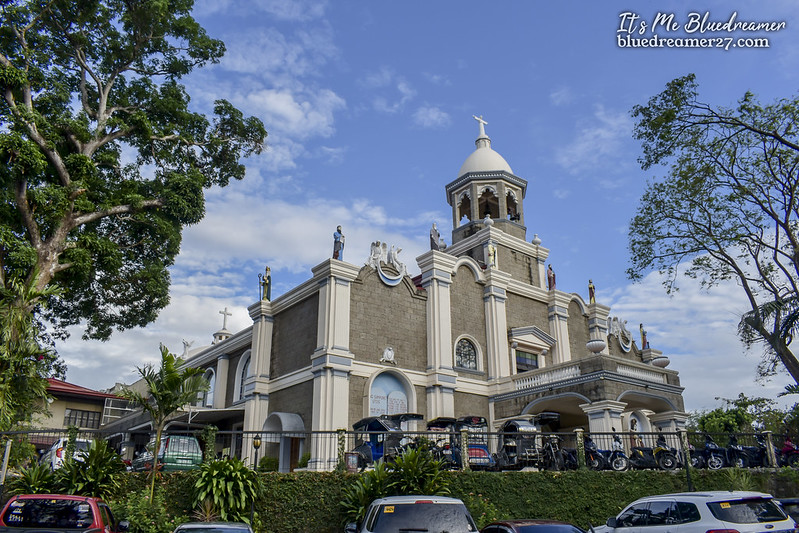 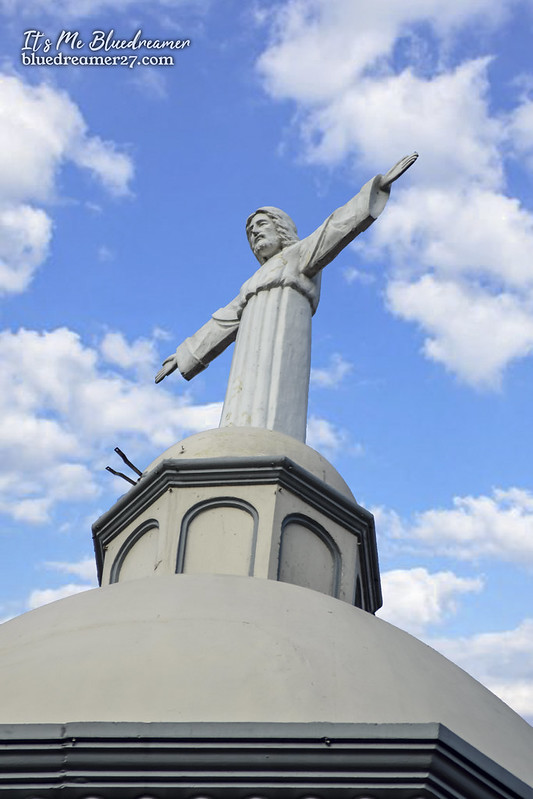 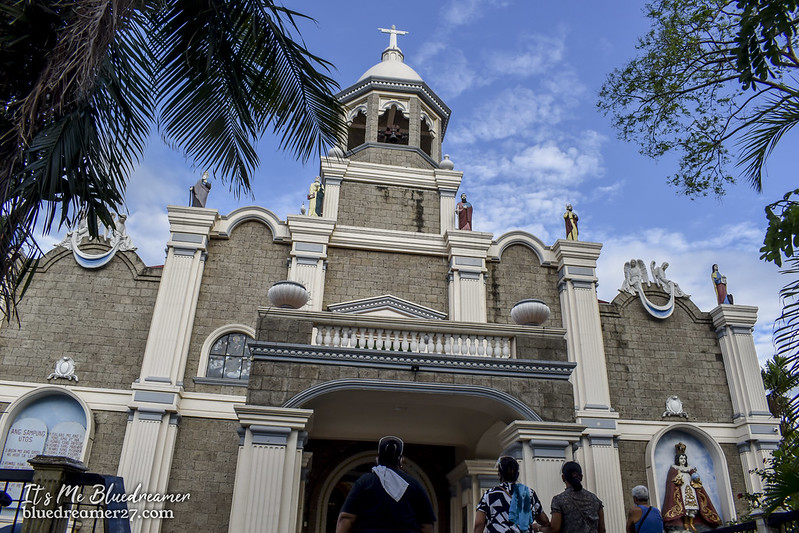 On top of each pillar is a statue of saint. The church also welcomes you with a porch. 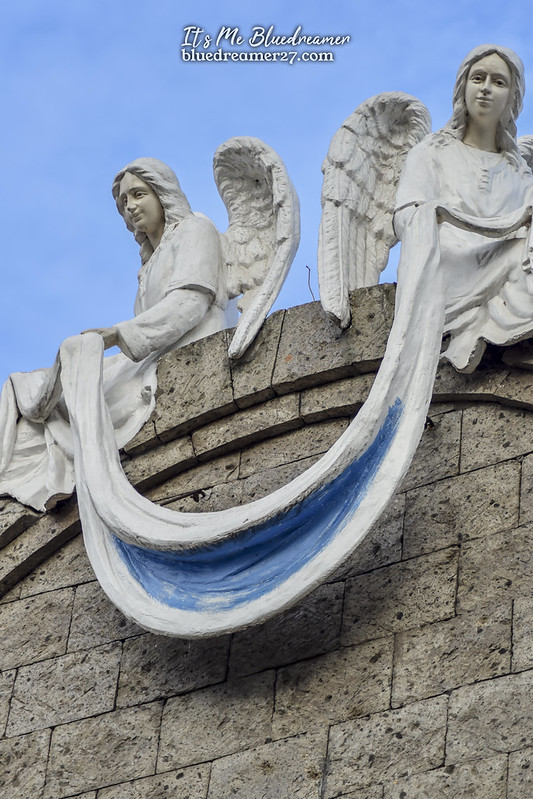 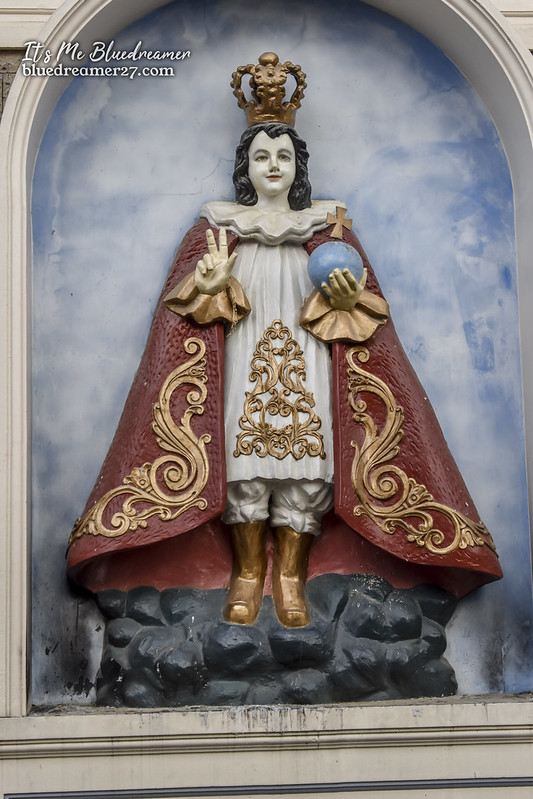 You can also spot two big niches on its lower facade. The left side features the ten commandments tablet and the right side features a bas relief depicting the image of Santo Niño de Bustos 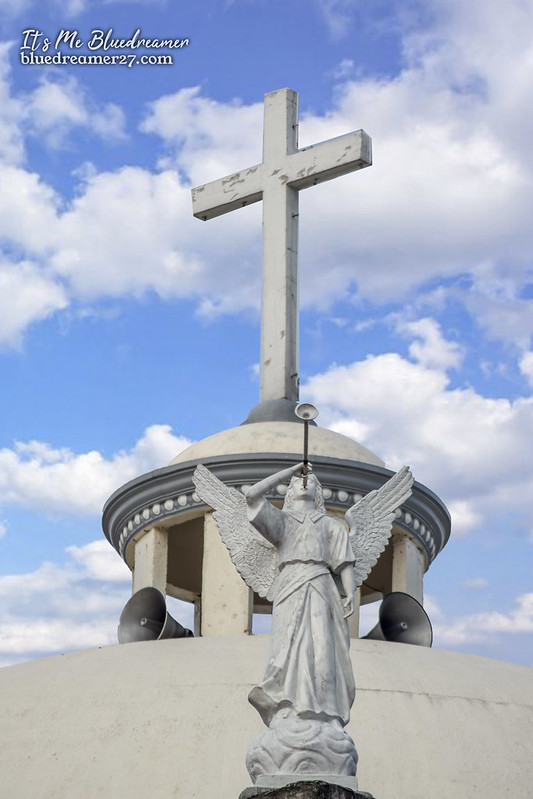 The crucifix seating on top of the main dome. 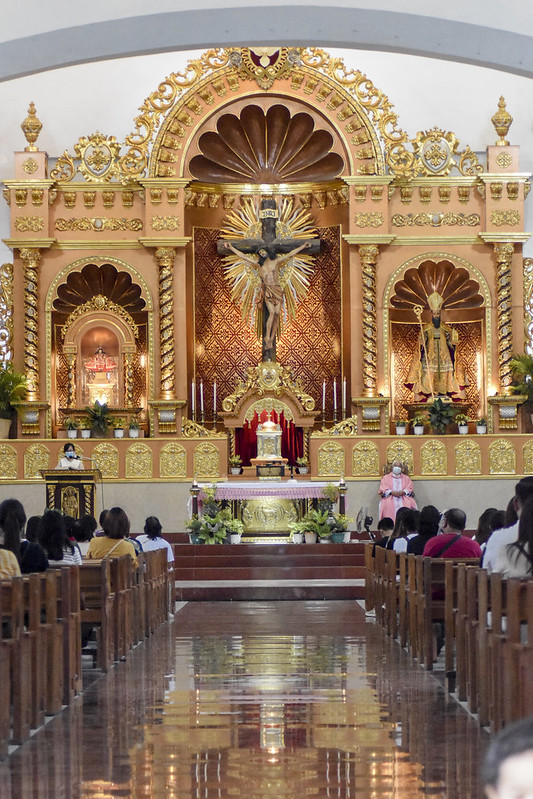 The church also welcomes you with an equally stunning interior. It features a wonderfully ornate golden retablo with three large niches. The center niche features the image of the Crucified Christ on top of the tabernacle. The side niches enshrines the image of Santo Niño de Bustos and Saint Augustine of Hippo 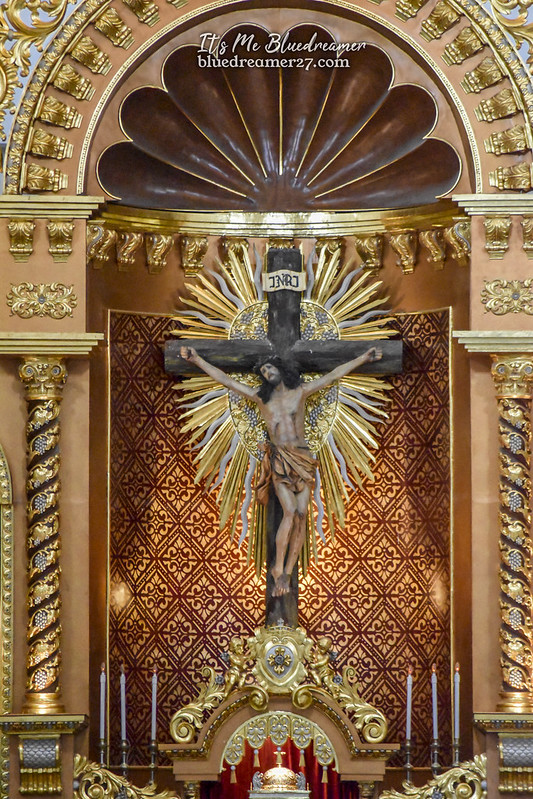 The center niche with the Crucified Christ 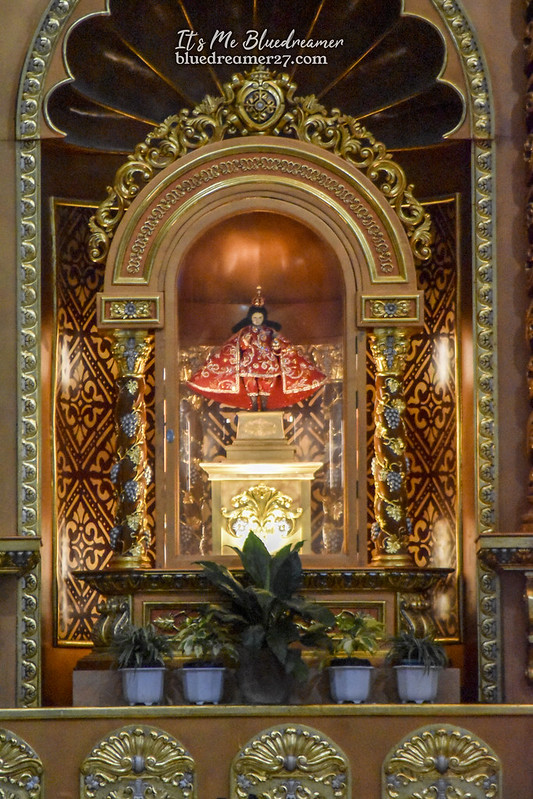 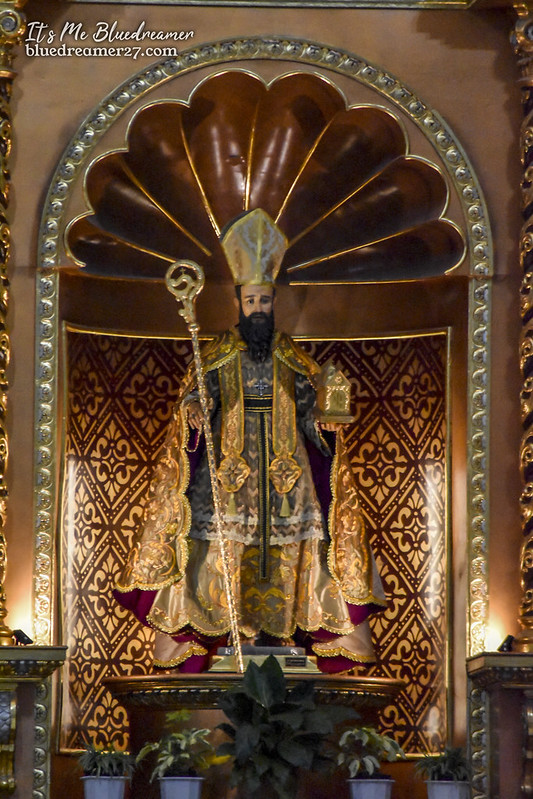 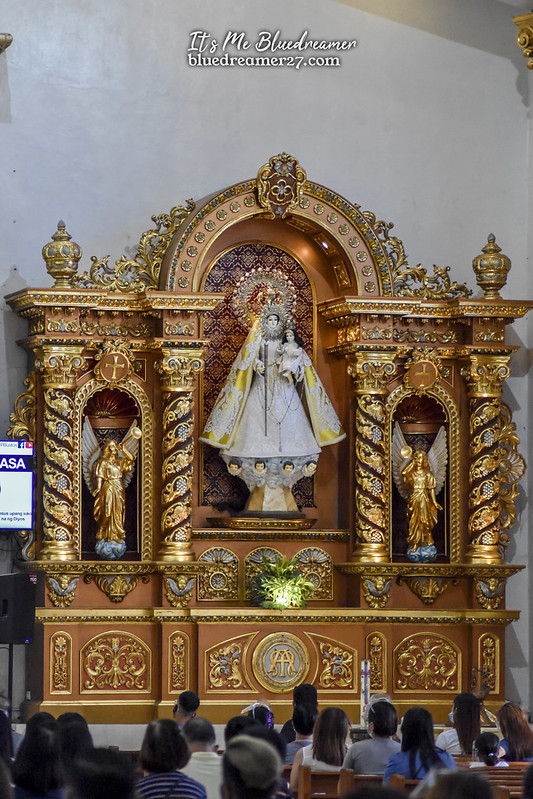 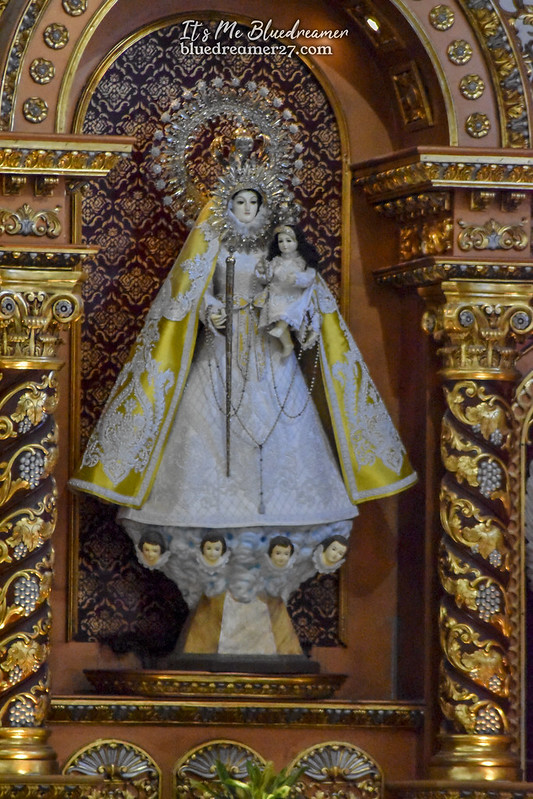 Our Lady of the Most Holy Rosary 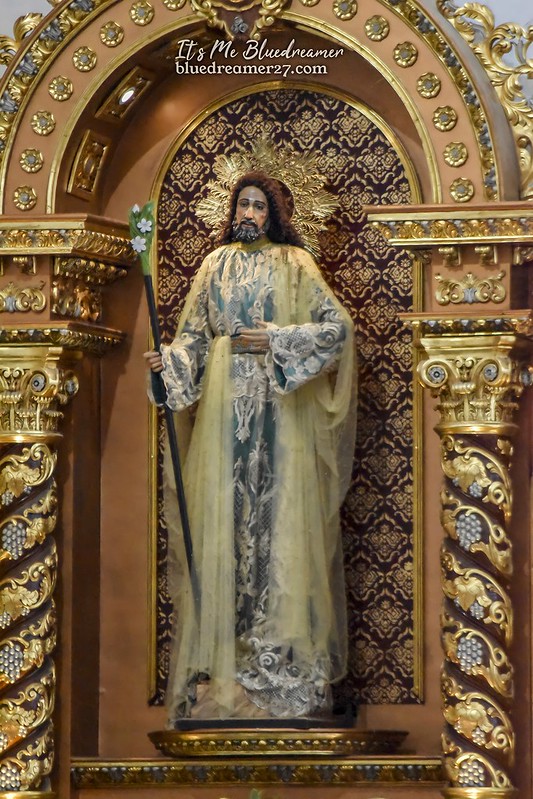 Another side altar that enshrines the image of Saint Joseph

This finally concludes by Bulacan Pilgrimage series. In case you missed my previous entries, here’s the complete list of posts you might want to revisit.

The Miraculous Our Lady Of Mount Carmel Parish In Batangas 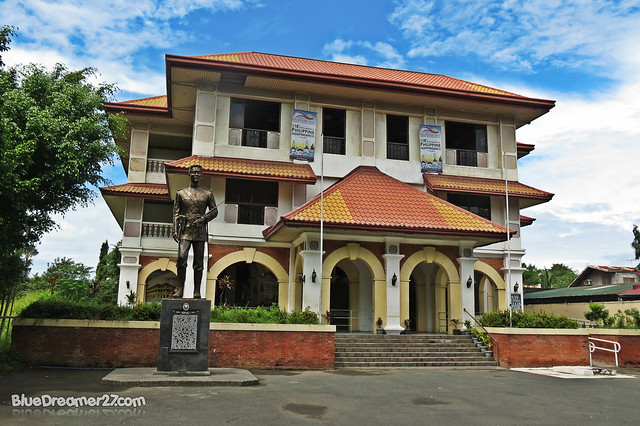