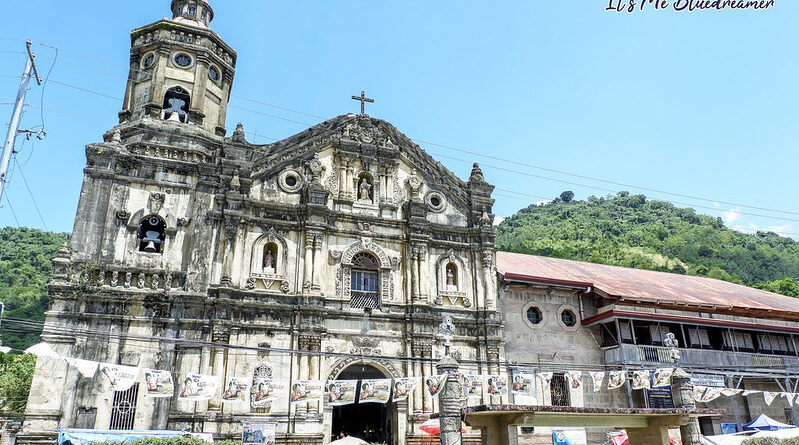 After visiting the historical church of Paete (Check: Saint James the Apostle Parish / Paete Church), we headed to another stunning church in Laguna. This time, we went to Pakil. The church is designated under the patronage of Saint Peter of Alcantara and also designated as a diocesan shrine of Nuestra Señora de los Dolores de Turumba. Our Lady of Turumba is one of the most prominent marian images during the annual Intramuros Grand Marian Procession (Check: Intramuros Grand Marian Procession). 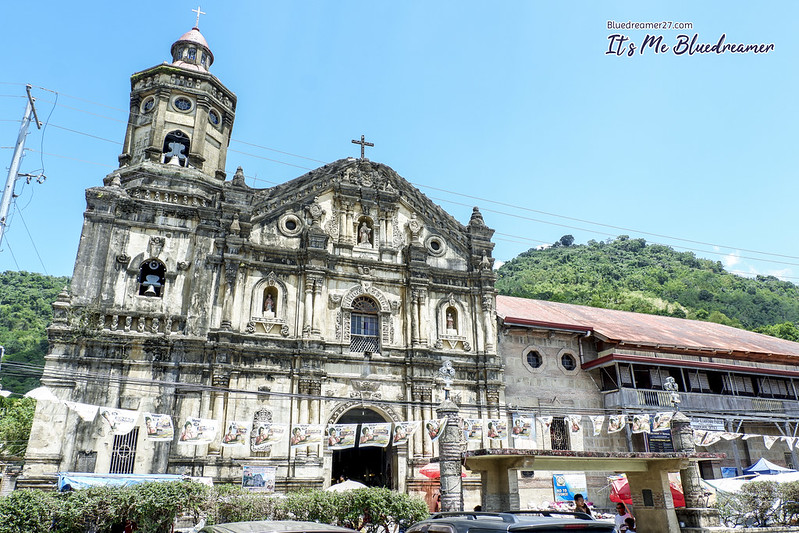 Interestingly, Pakil was formerly part of Paete until it became independent in 1676. The first church of Pakil was built of light materials, nipa, and bamboo and was dedicated under the patronage of Saint Peter of Alcantara. The first stone church was constructed in 1732 but was burned down in 1739. They restarted the construction and completed it in 1767 with the addition of a tower in 1777. 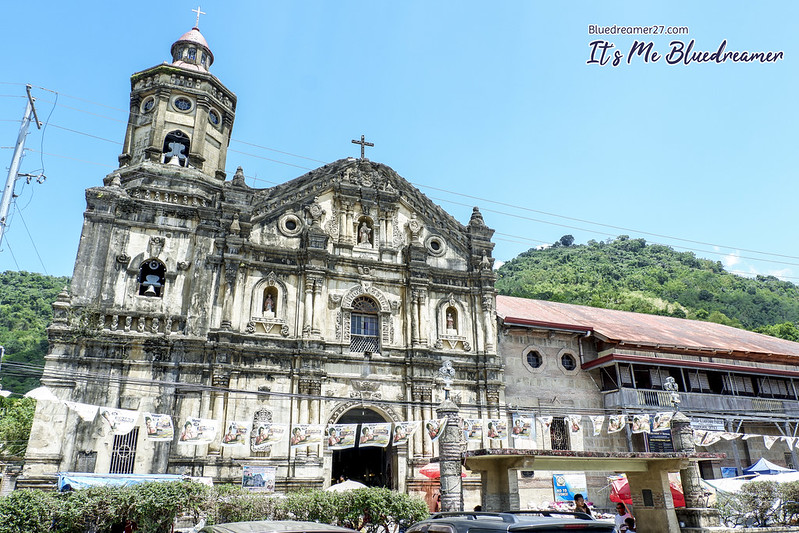 The miraculous image of Our Lady of Turumba, on the other hand, was unveiled in 1788. Much like many old churches in the country, the Pakil Church also went through a lot of different challenges. It was once again burned down in 1840 and was utterly damaged by earthquake in 1881. Another earthquake in 1937 merely destroyed the church. It was also utterly damaged during the second World War. The last major repair in Pakil Church took place from 1980 to 1984 when they renovated the ceiling and rebuilt its bell tower. 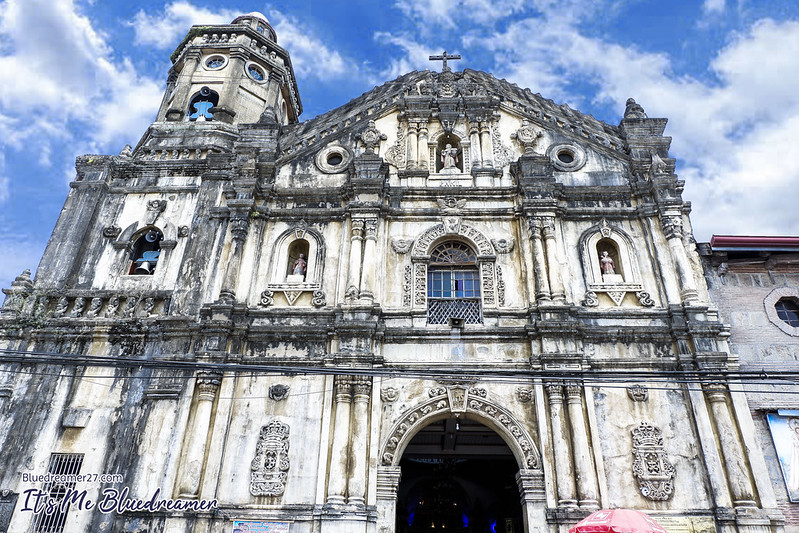 Pakil church comes with a very stunning facade.adorned with Corinthian columns and various floral and angel head bas relief along with the Franciscan seal. The second level features a glass window on the center niche and two Franciscan saints on the other niches. The one on the right features the image of Saint Anthony and I’m not sure with the other one. I can’t get a clearer view but probably San Pedro Bautista or San Juan Capistrano. The niche on the pediment features the image of Saint Peter of Alcantara. 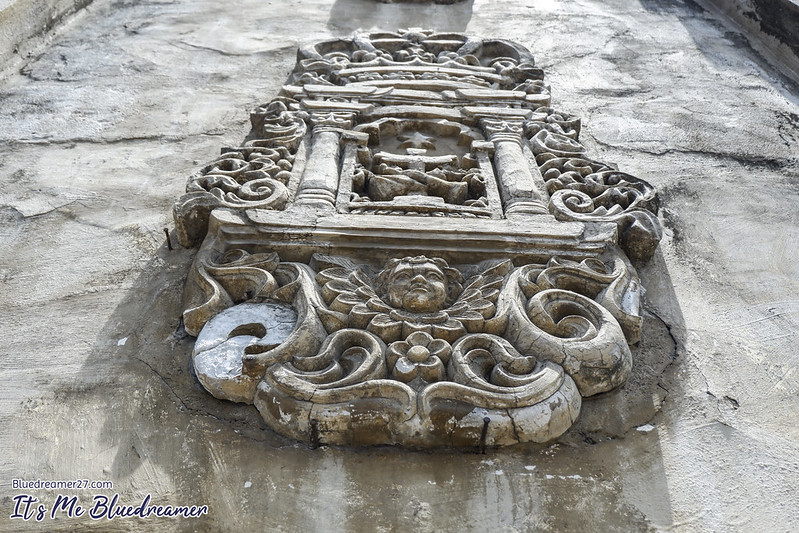 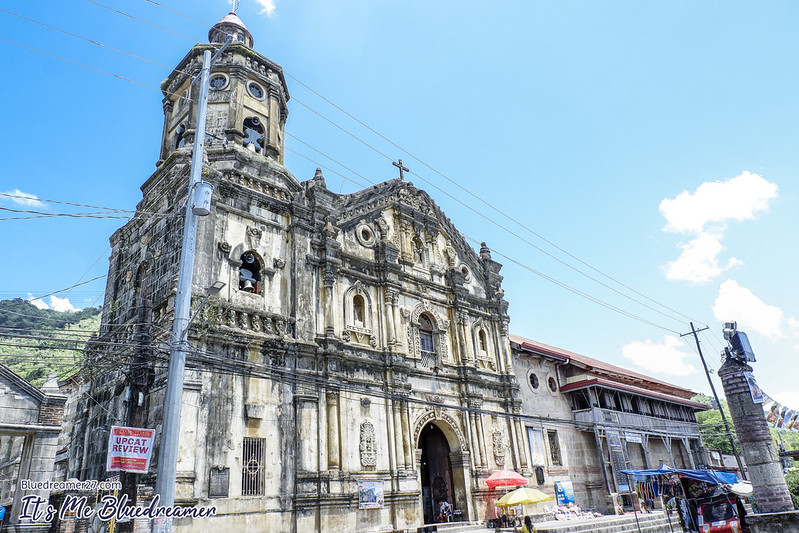 The belfry houses four small bells and one huge bell. Adjacent to the church is the Pakil Church convent which also leads you to the chapel that enshrines the original image of Our Lady of Turumba. 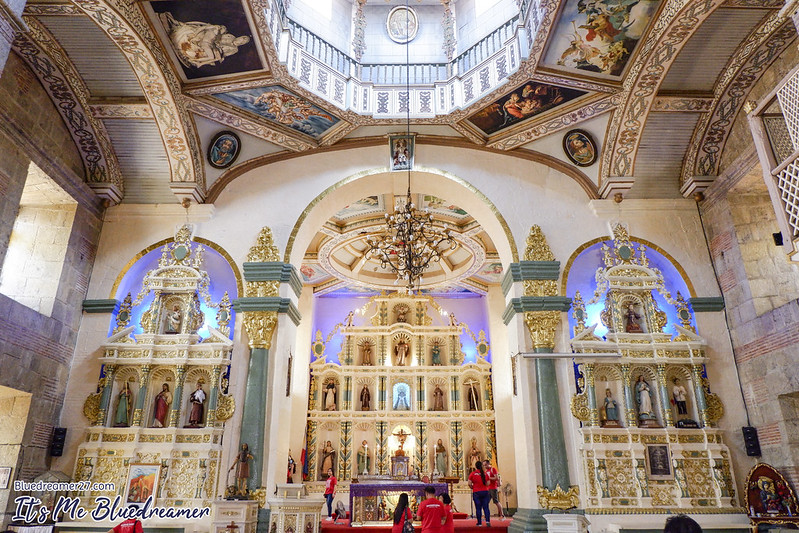 The church welcomes you with a breathtaking interior.Adorned with exquisitely carved retablos and intricately painted ceiling. 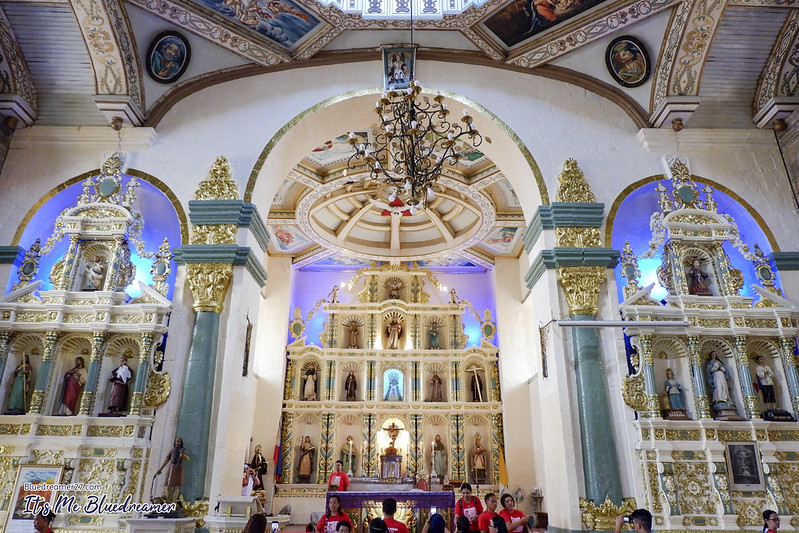 The main retablo and the side altars feature a huge collection of saints and images. Each comes with elaborately carved niche. 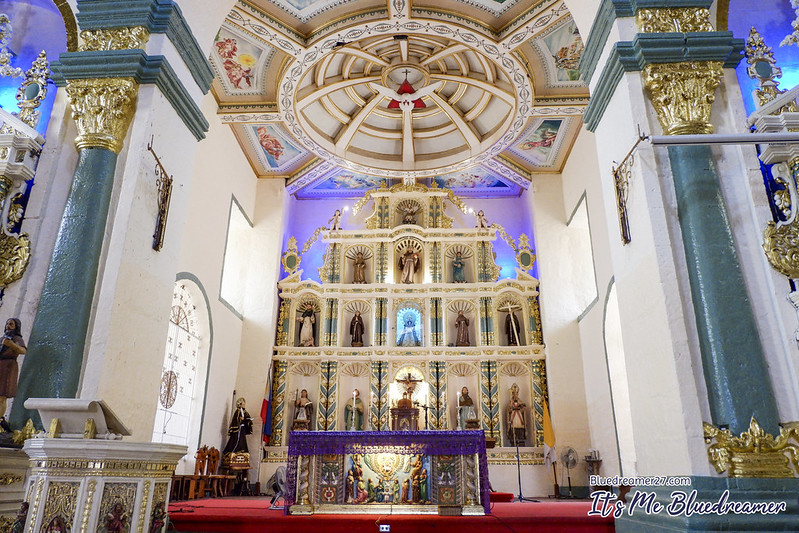 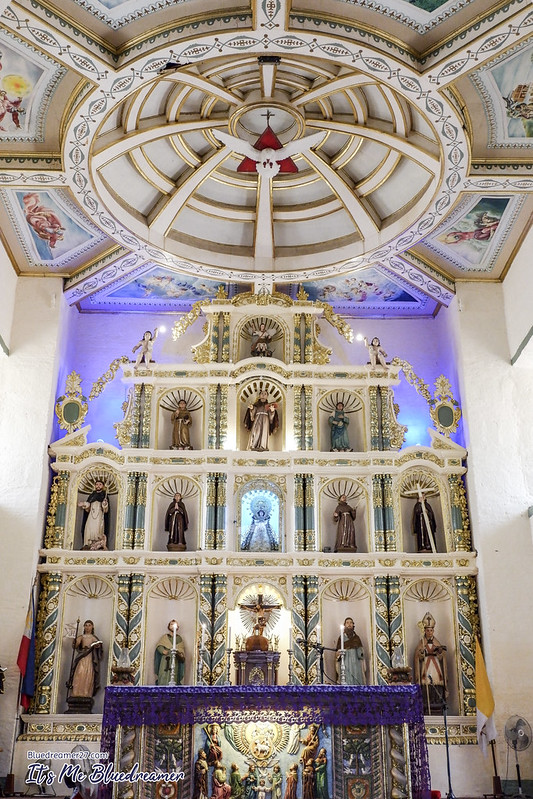 Another breathtaking detail of the church is the beautifully and intricately painted ceiling with images depicting various events from the Old testament. 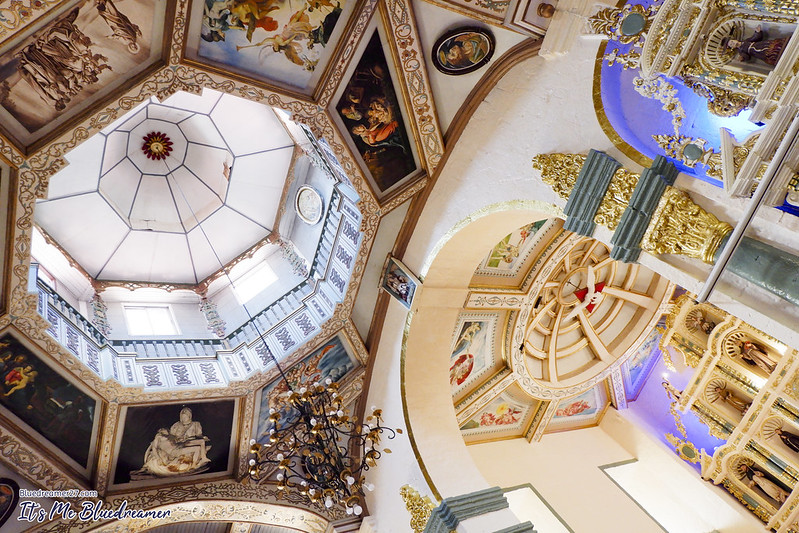 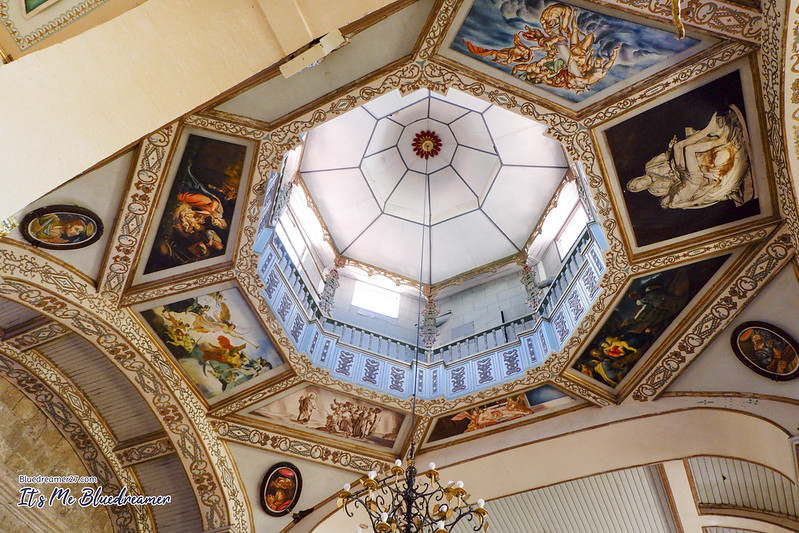 Another closer view of the ceiling and the dome. 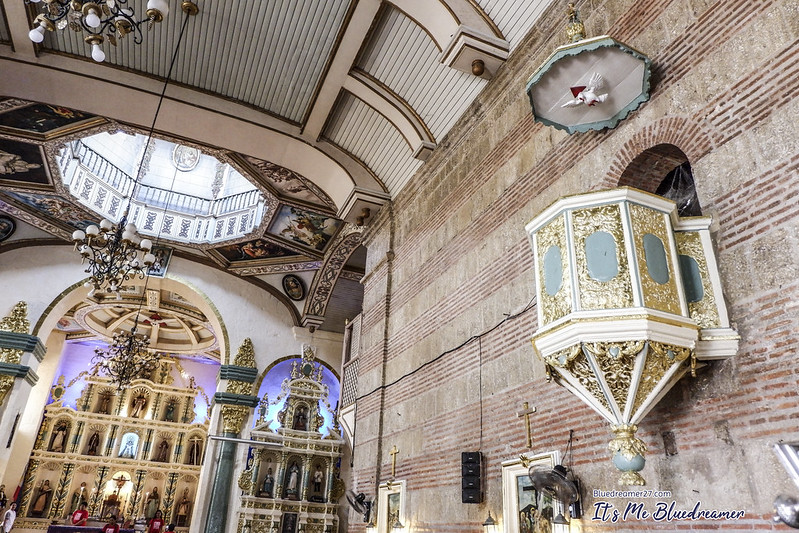 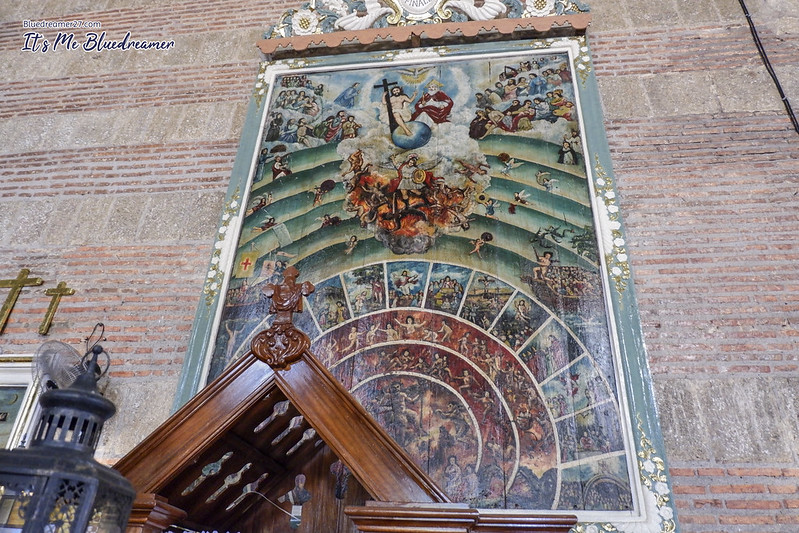 Located near the pulpit is another masterpiece of Luciano Dans (the one who painted the wall murals in Paete church). 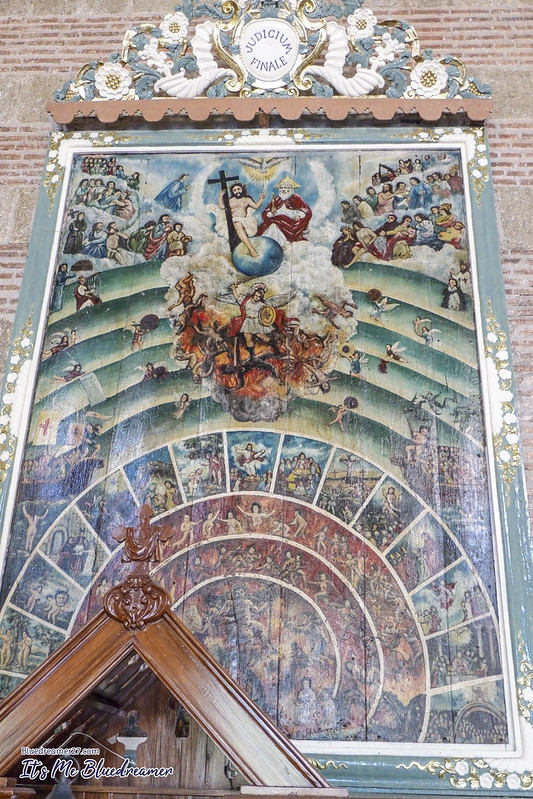 The painting depict Heaven, Earth and Hell and the Final Judgement which shares the same concept with one of Dans’ paintings in Paete. 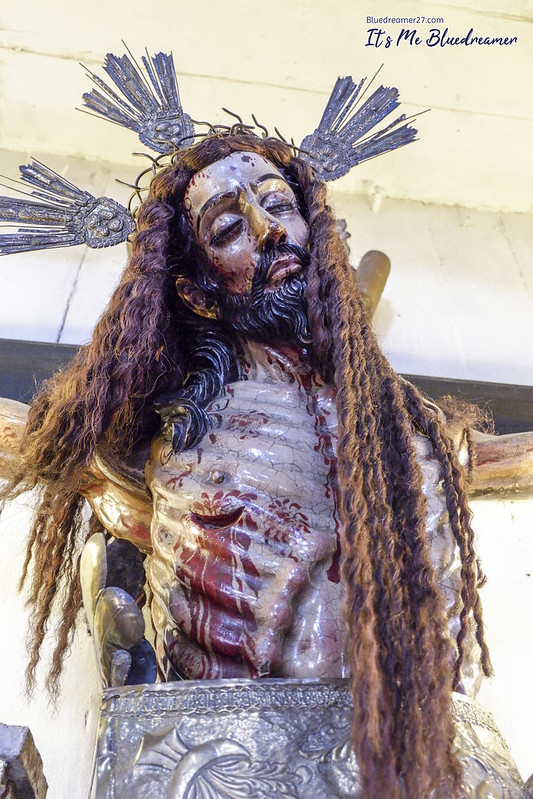 Some old images can also be found in Pakil. This one is an old image of Santo Cristo 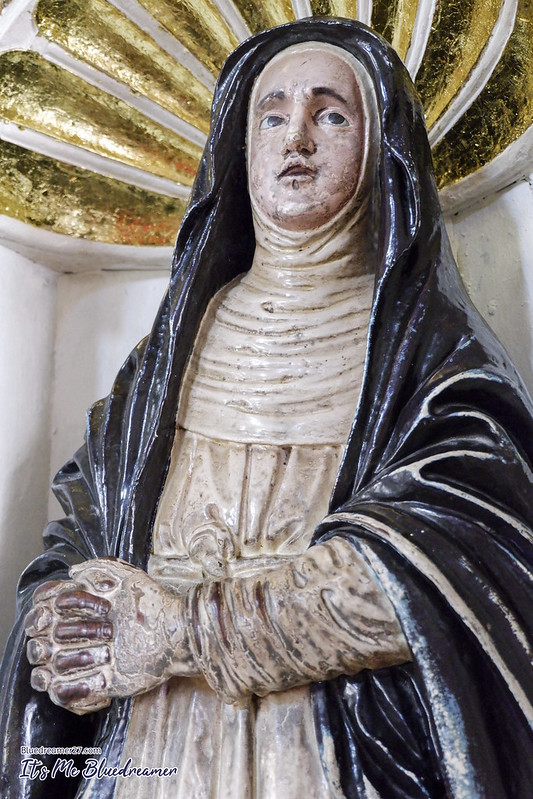 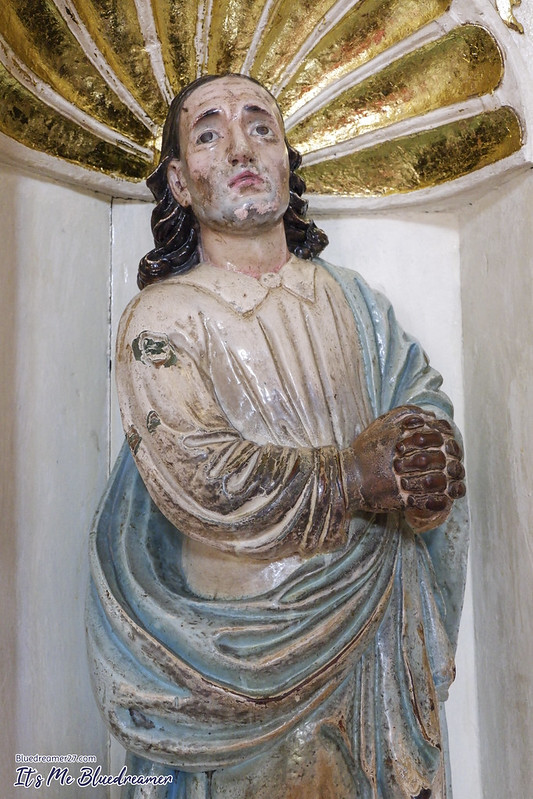 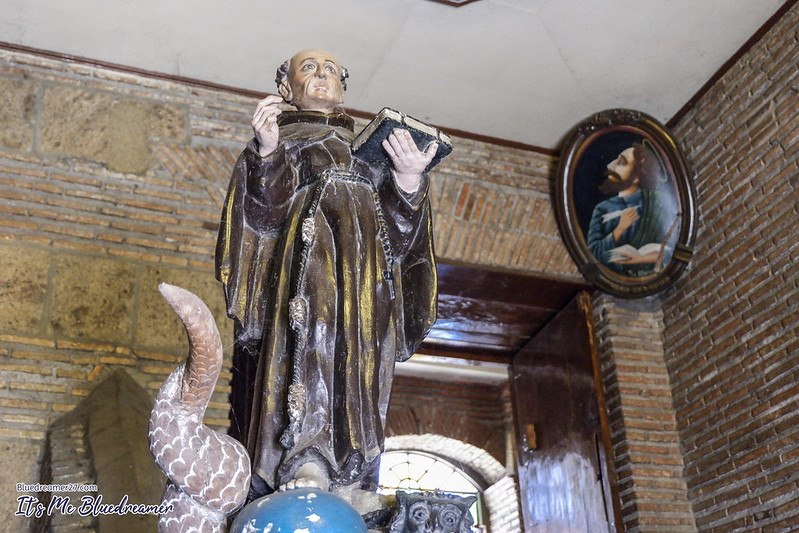 Adjoining the church are a convent, sacristy, adoration room/chapel, and an ecclesiastical museum in honor of the Our Lady of Turumba. 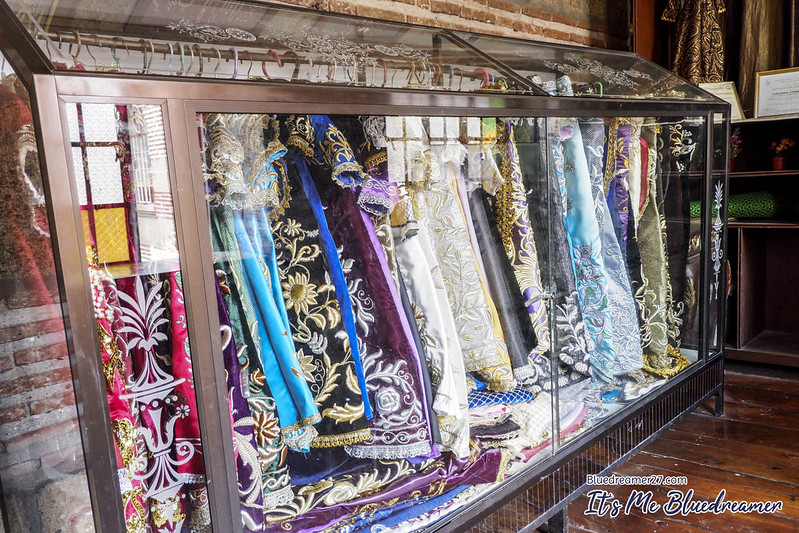 The museum contains clothes, perfumes, jewelry, and other historic memorabilia. 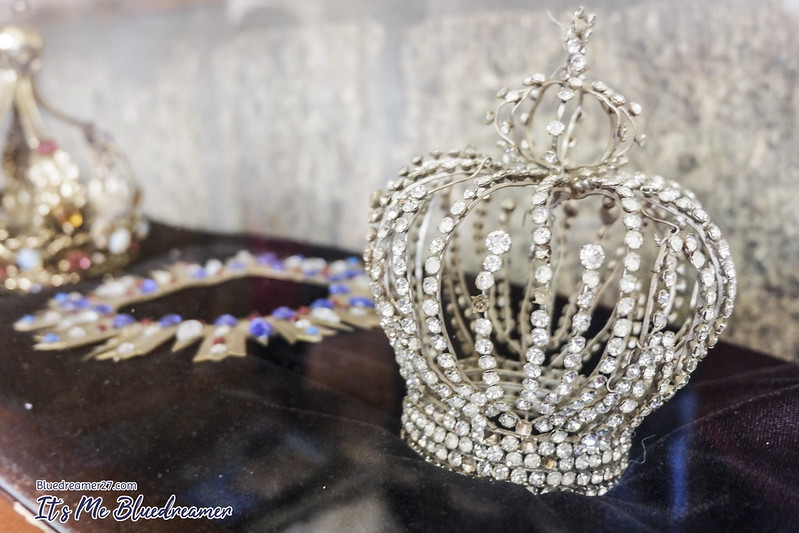 One of the crowns worn by Our Lady of Turumba 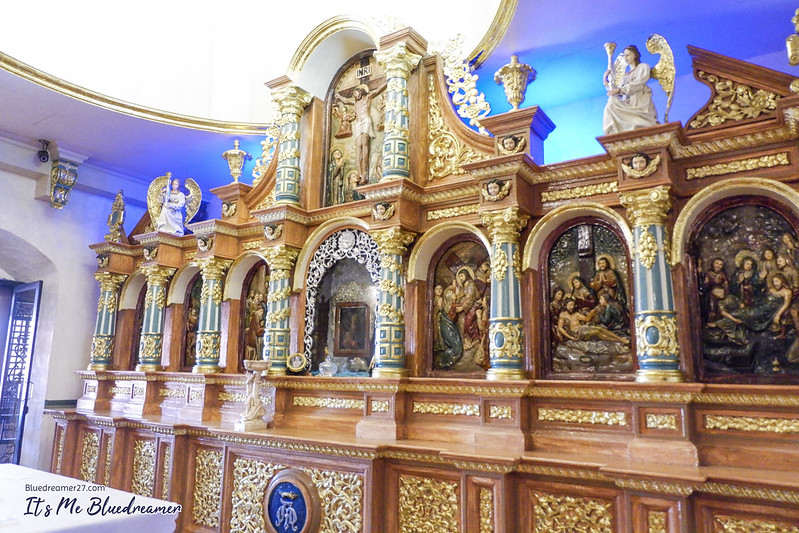 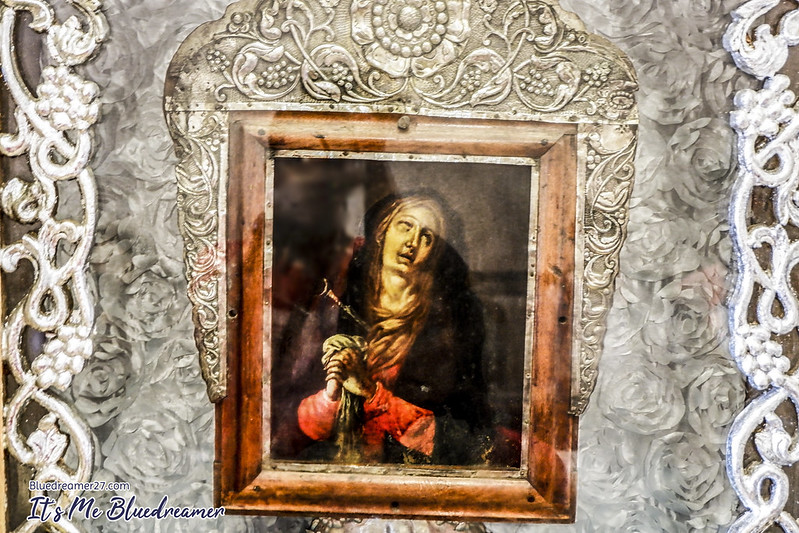 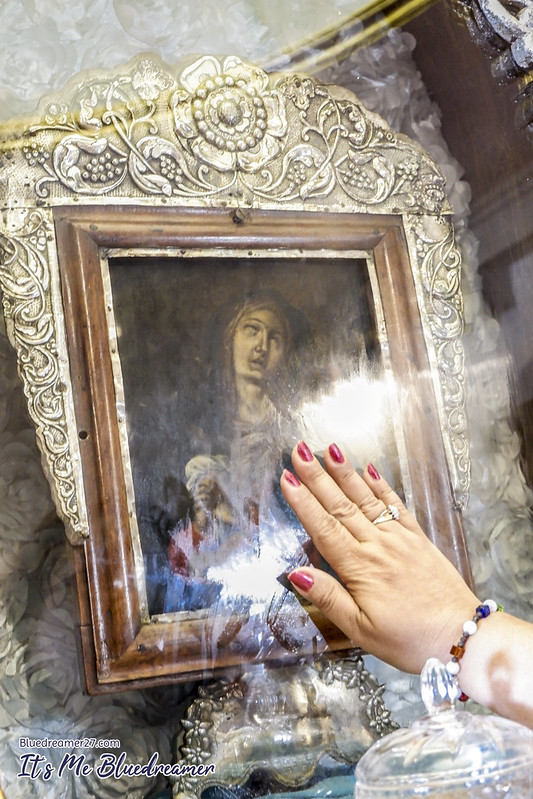 The word turumba is from the Tagalog phrase “Natumbá sa lakí ng tuwâ”. The first turumba in the icon’s honour was held on September 14, 1788. The icon of Our Lady is a 9 by 11 inches (23 by 28 cm) oil painting on canvas. The face of Mary is contorted by pain from the dagger plunged into her heart, which Simeon has prophesied. It was found floating in Laguna de Bay on the bank of the Matamig River and its presence began the devotion of Our Lady by the church.

In honor of the miraculous image, the town annually celebrates the Turumba Festival which is said to be the largest and longest religious celebration in the country. It consists of seven Turumba novenas, or lupi, for seven months commemorating the seven sorrows of the Virgin Mary. Sadly this year, the Turumba Festival was canceled by the Pakil municipal government following measures against the spread of the coronavirus disease. 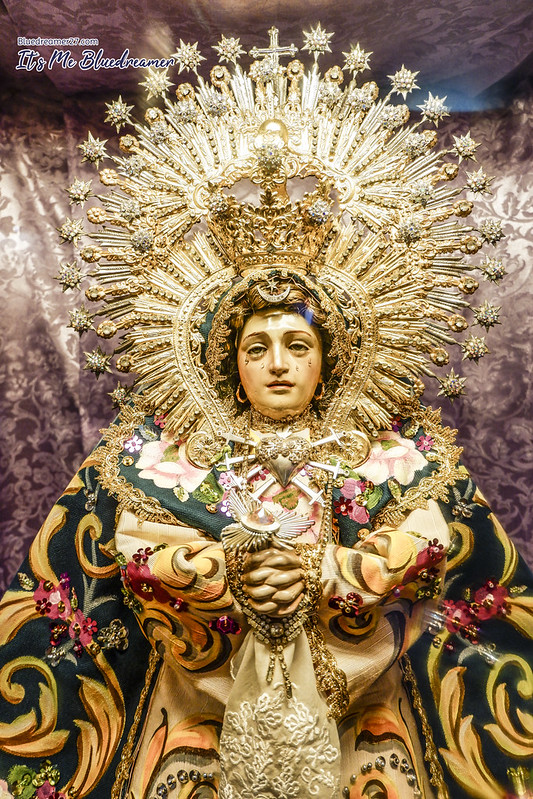 The statue image of Our Lady of Turumba

Saint Peter of Alcantara Parish/ The Diocesan Shrine of Our Lady of Turumba or the Pakil Church was part of our Laguna Pilgrimage last year. After Pakil, we headed next to our second-to-the-last destination ~ the Nuestra Señora De Candelaria Parish in Mabitac, Laguna. 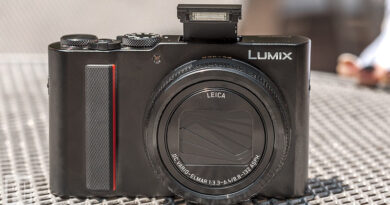 The Best DSLR Cameras for Travelers 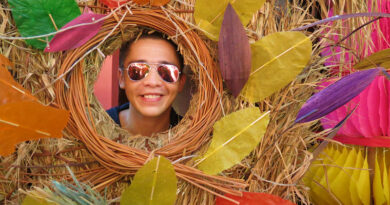 The Colorful Festival of Pahiyas ~ Pahiyas Festival 2017 of Lucban

11 thoughts on “Saint Peter of Alcantara Parish/ Diocesan Shrine of Our Lady of Turumba in Pakil, Laguna”