It’s been a tradition for me to visit churches in Cavite during the Holy Week. This year, i was able to visit 14 different churches from two separate pilgrimages. The first one was the pilgrimage conducted by the Parish Youth Ministry of San Roque in Cavite City and the other one was the Vicarial Youth Pilgrimage. I am part of both organization and I was grateful enough to join them in this spiritually rewarding and meaningful pilgrimage in Cavite.

Just in case you are planning to visit churches in Cavite, you might want to check my updated list of Churches in Cavite for Visita Iglesia. I have been very active with our Parish Youth Ministry recently. Although I don’t consider myself “youth” anymore, I’m still happy to be part of this organization and to witness the overwhelming devotion from these kids which they all willingly express through serving.

Without any further ado, here are the first seven churches we visited as part of our Parish Youth Ministry Pilgrimage. 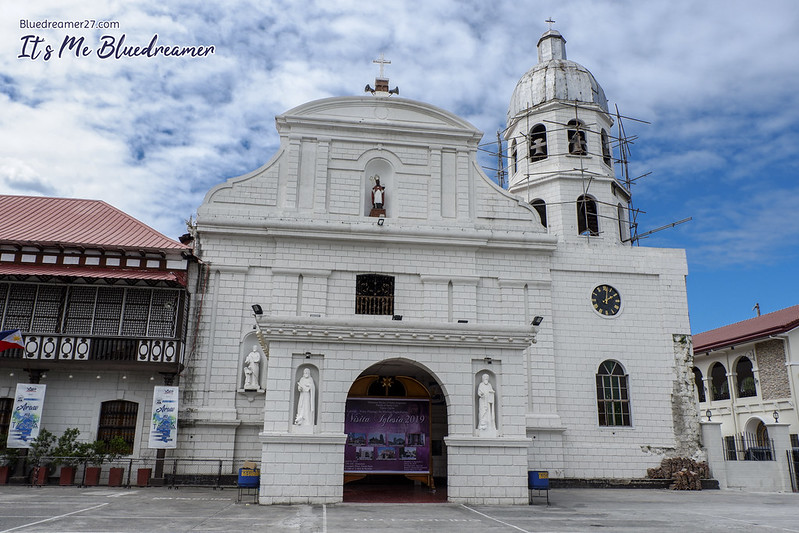 Our first stop if the Parish of Santa Cruz or the Diocesan Shrine of Saint Augustine (locally known as Tata Usteng). The church also has a huge historical significance which can be seen in their Convent Musuem (this is where the Historical Oathtaking in Tanza took place). It was actually a very old parish and was established on August 29, 1780. It was initially a part of San Francisco De Malabon (Now General Trias Cavite). During this time, Tanza was addressed as Santa Cruz De Malabon. It became a full-fledged parish on 29 August 1780, which is just a day short after Saint Augustine’s feast day. 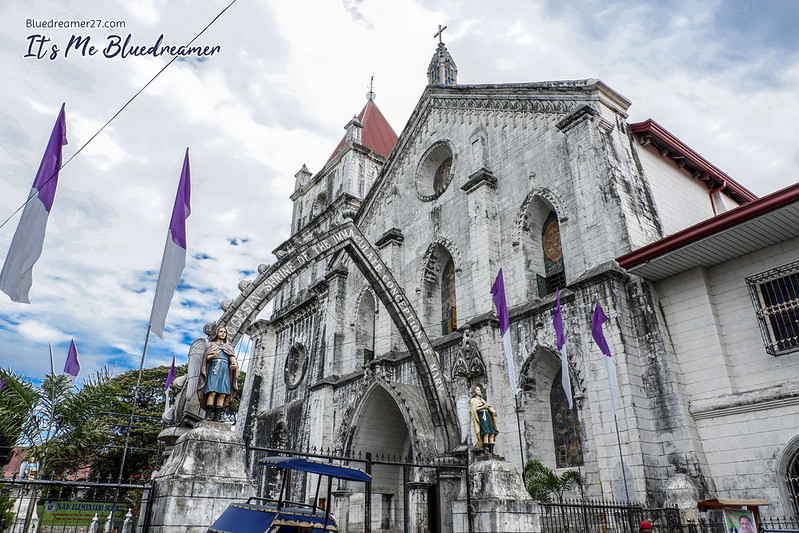 Diocesan Shrine of The Immaculate Conception of Mary – Naic, Cavite

Our second stop is the Diocesan Shrine of Immaculate Conception in Naic, Cavite. The church was founded in 1839. It was initially constructed without the bell tower due to the lack of funds until it was completed in 1892. In 1996, the  church was consecrated by Arch bishop Ricardo Vidal and was proclaimed as Diocesan Shrine of Immaculate Conception in 8th of December (which is also the feast day of the church). 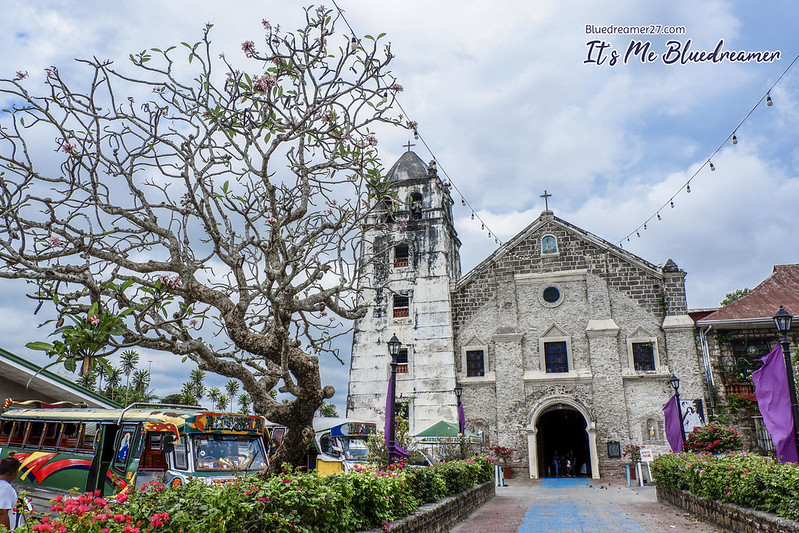 Our Lady of The Assumption Parish – Maragondon, Cavite

Related Articles: Our Lady of The Assumption Parish Church / We Found This Hidden Gem In Maragondon 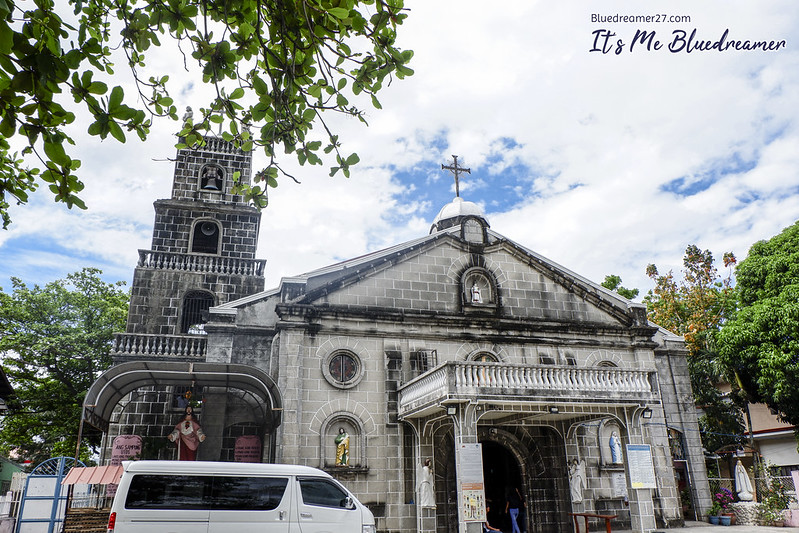 Our next stop is located on the neighboring town of Maragondon, the Santo Niño De Ternate in Ternate Cavite.  Sto Niño De Ternate was actually established in 1663 by the Jesuits Missionaries. The church has been through a lot of challenges especially during the Philippine Revolution against Spanish where it was drastically destroyed and only the Holy Image of Sto Niño miraculously left untouched. We were grateful enough that they let us witness the original image of Santo Niño de Ternate during our visit. 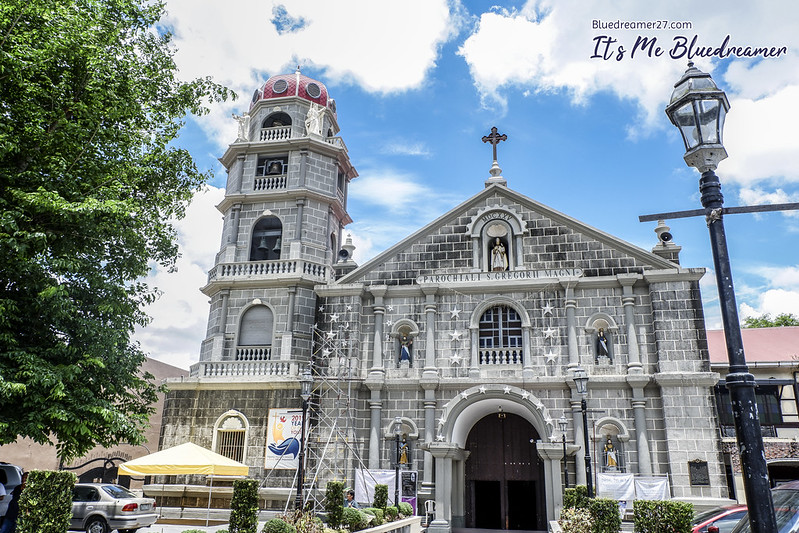 The fifth church on our itinerary is the church in Indang, Cavite dedicated under the patronage of Saint Gregory The Great. Indang Church was originally a chapel established in 1611 but later became a full pledged parish in 1625. The church was burned during the Philippine revolution against the Spaniards and restored in 1953 and 1987. In one incident, the local parish priest found a big rolled picture at the back of the church together with burnt trash. It was found out to be a painting of the seven archangels. Since then, the devotion to the archangels also grew in the town together with the intercession of St. Gregory the Great making the parish of Indang with eight patrons. We were also lucky to witness the relic of St Gregory during our visit. 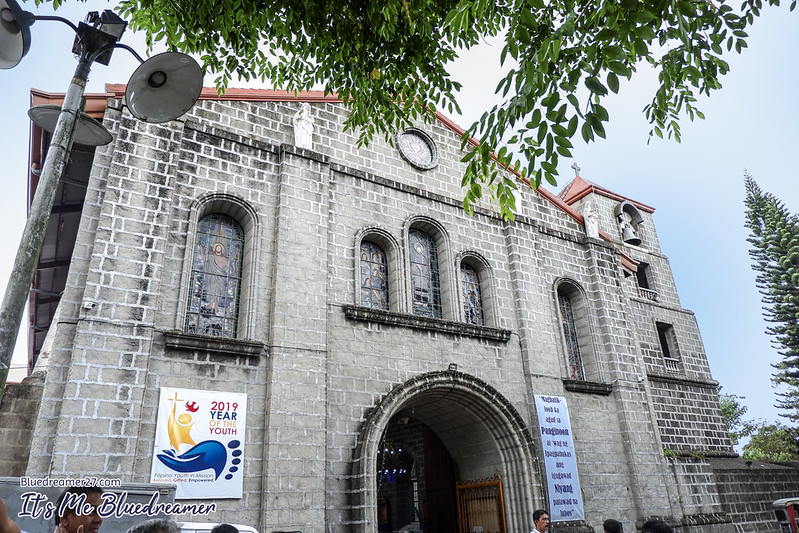 We headed next to Alfonso, Cavite to visit the San Juan Nepomuceno Parish. It was my first time to visit the town of Alfonso and I’m so happy to finally witness this church dedicated under the patronage of San Juan Nepomuceno. The town of Alfonso was established in 1859 and the church was established in 1861. The parish said to have one of the most beautiful patios among other churches in Cavite.  Unfortunately, we did not get the chance to explore the interior of the church because of the ongoing funeral mass during our visit. 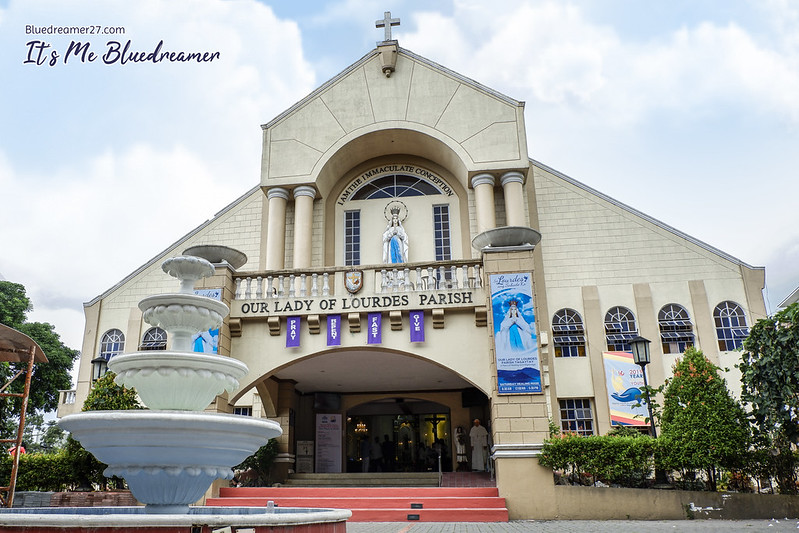 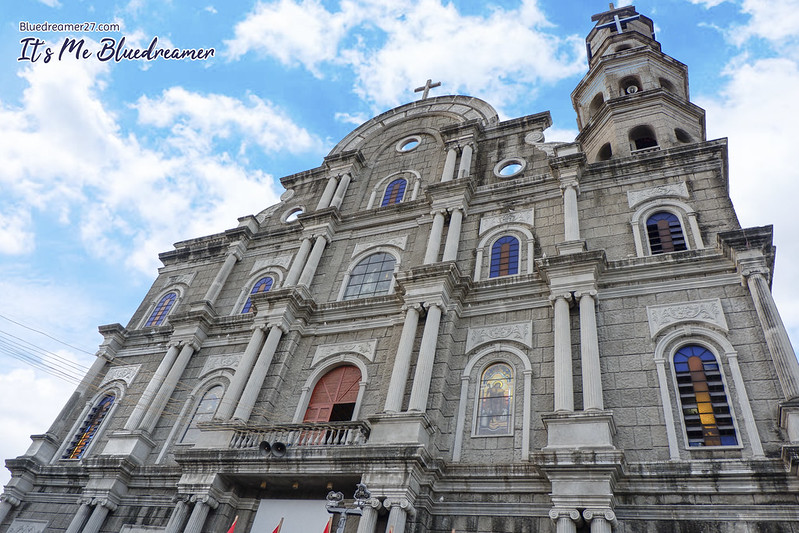 We started off our Vicarial Youth Pilgrimage in Cavite City. Our first stop, our very own parish ~ the San Roque Parish Church which is recently declared as the Diocesan Shrine of Our Lady of Solitude of Porta Vaga. The church was established more than three hundred years ago and has undergone numerous renovations and refurbishings since then. The church had its massive renovation in early 2000 and the construction is still in progress until now. On 19 March 2018, Pope Francis officially granted a decree of Canonical coronation to the image of Nuestra Señora dela Soledad de Porta Vaga and last November 18, the long-awaited Canonical Coronation finally took place. 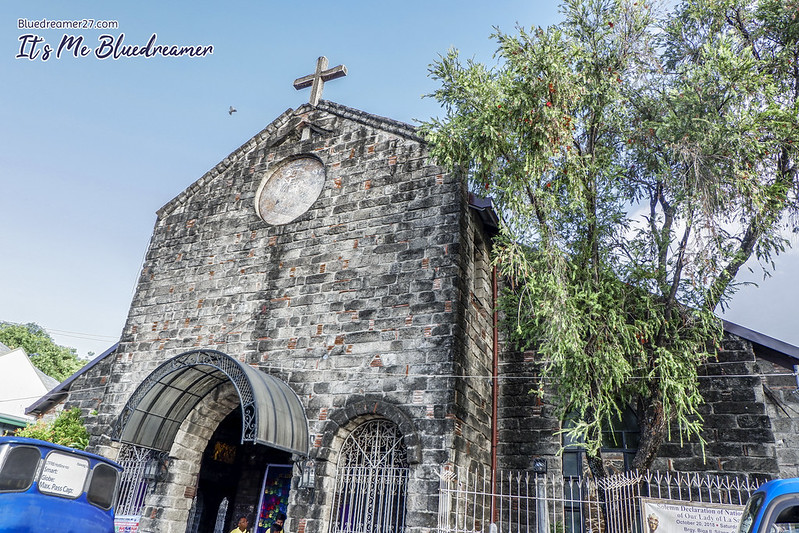 The old and original Saint Peter Parish which was popularly known as the Parish of Cavite el Puerto was established in 1586 and was completed in 1591.The church was located in San Pedro St in the old Port City of Cavite. Unfortunately, during the World War II, the church was completely destroyed after the massive aerial bombings. Today’s San Pedro Apostol Paris was built in 1984-1986. 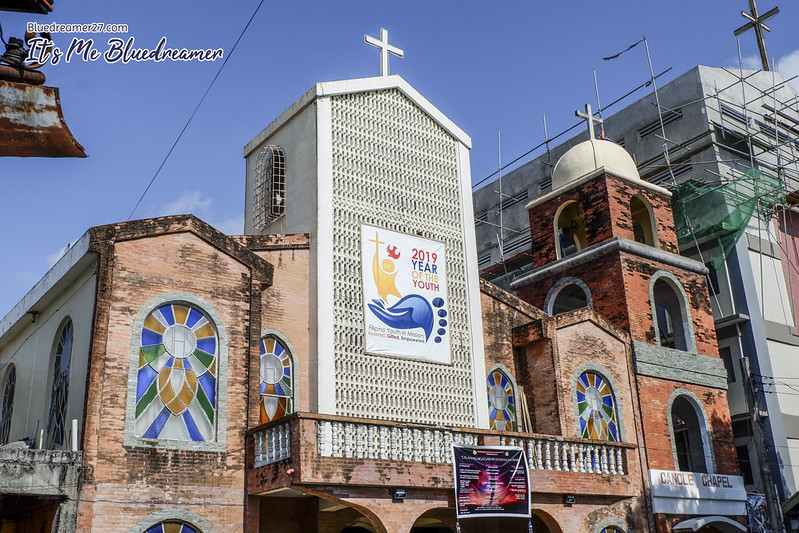 Our third stop is the Holy Cross Parish in Noveleta, Cavite. The church was founded in 1937 and this year will mark their 82nd founding anniversary. Aside from the devotion to the Holy Cross, the church is also dedicated under the patronage of Santa Elena. They also shared brief history o where the Holy Cross image originated from and some miraculous stories attributed to it. The church is relatively new compare to other churches in Cavite but the devotion of the people of Noveleta is undeniably overwhelming. 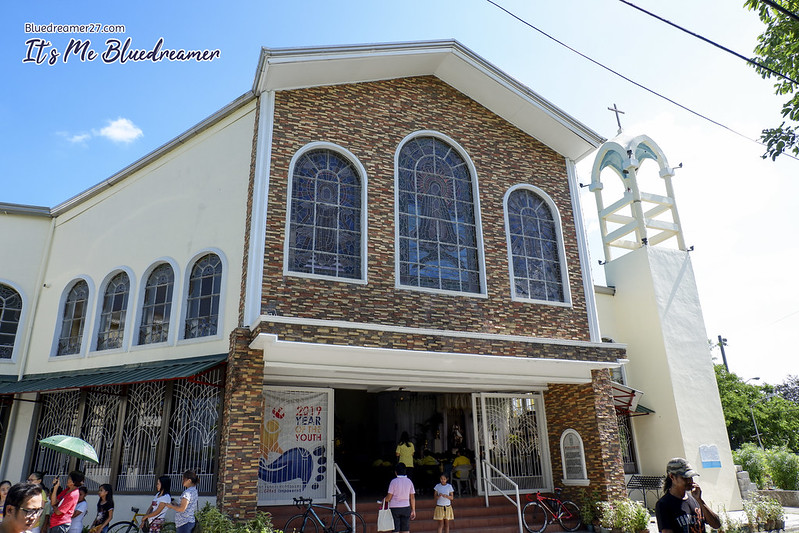 Our fourth church is also a new parish in Kawit, Cavite. It’s the newest church on our list. The land which is located within the Villa Cañacao Subdivision was given by the late G Antonio Nazareno in 1993. The church was founded under the patronage of Our Lady of Solitude with feast day being celebrated every 15th of September. 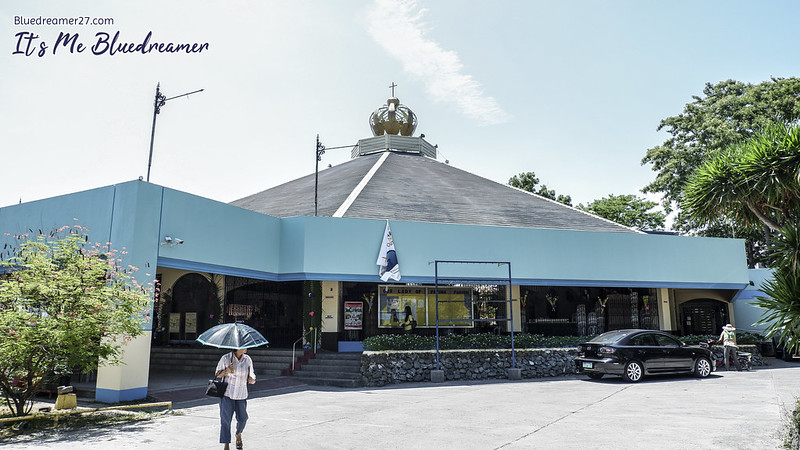 Our next stop is the Our Lady of Fatima parish in Binakayan, Kawit. The church is relatively new and was constructed on December 12, 1996. The church houses an open-air altar featuring a huge grotto of Our Lady of Fatima along with the three children Lucia, Jacinta and Francisco.  The place generally offers a very serene and solemn atmosphere. 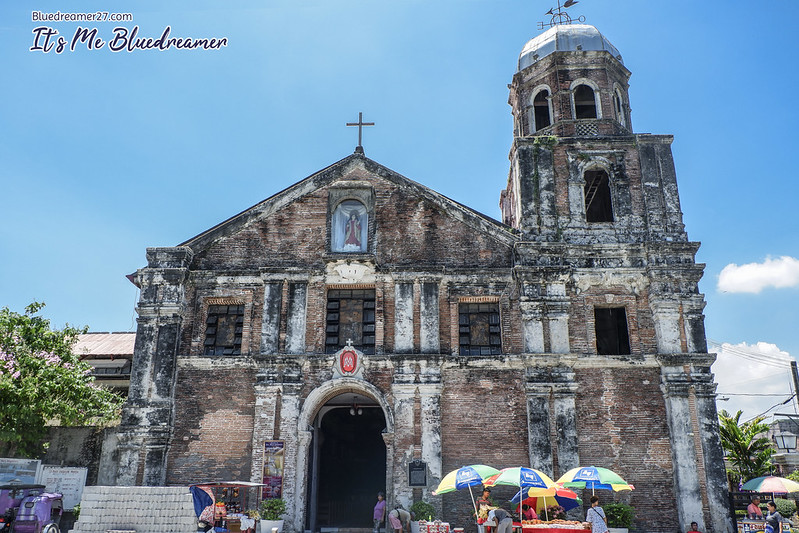 Our sixth stop is another popular church in Kawit. St Mary Magdalene Church Of Kawit Cavite or simply known as the Kawit Church is one of the oldest churches in the Philippines.  It was built since 1737.  Interestingly, the first church was made from wood and was constructed in 1638 but Kawit, during that time became a red-light district after being frequented by Spanish marines. To solve this bad reputation of the town, the Archbishop ordered the dedication of the Kawit church to St Mary Magdalene. The church was severely destroyed after the Philippine-American war. In 1990, the church was renovated and restored. 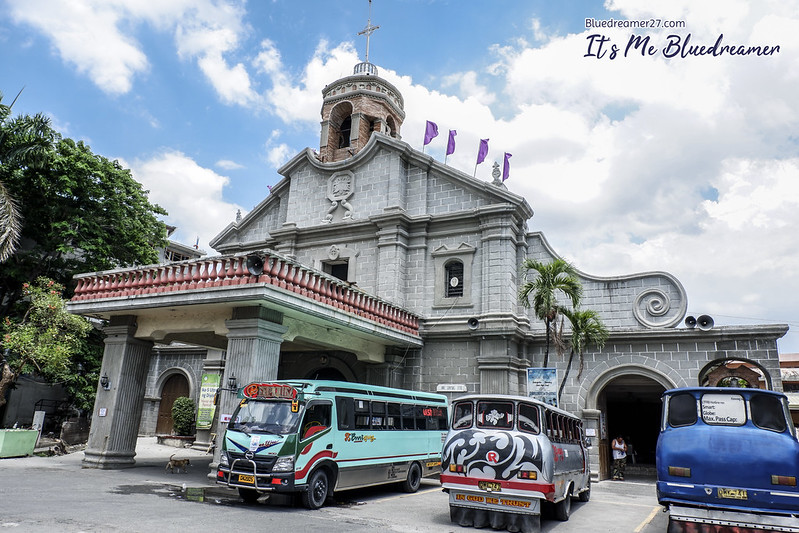 Our Lady of the Most Holy Rosary Parish – Rosario, Cavite

We concluded our Vicarial Youth Pilgrimage in Our Lady of the Most Holy Rosary Parish in Rosario, Cavite. The town of Rosario was named after its patron saint, Nuestra Senora Virgen del Santissimo Rosario, Reina de Caracol. The parish and the town of Rosario was established on October 22, 1845. It enshrines the image of Reina De Caracol, an old canvass painting dated between 1810 and 1820. The icon is said to be a product of a Filipino brush which is a rare piece in the Philippine iconography. 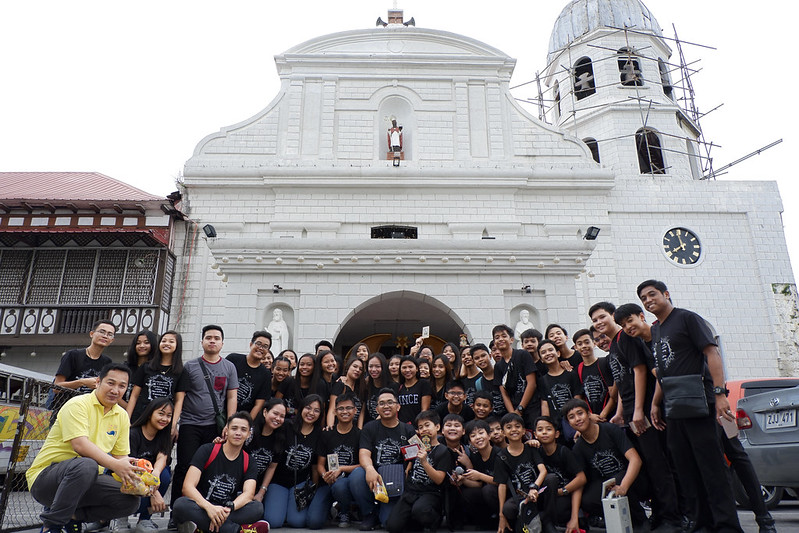 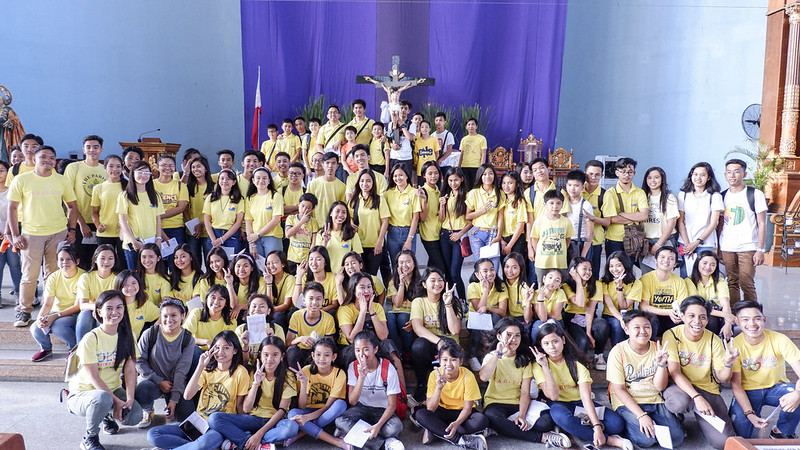 The Youth Ministry of the Vicariate of Mary Magdalene in Cavite

When all of us were done with our tattoo session with Whang Od (Check : Meeting Whang-od, The Last and the Oldest Mambabatok), we decided to pack up all our

After spending some time with Baler Church (Check : Baler Escapade : The Historical Baler Church), we headed right away to our Trancient House. We are warmly welcomed by “Mama